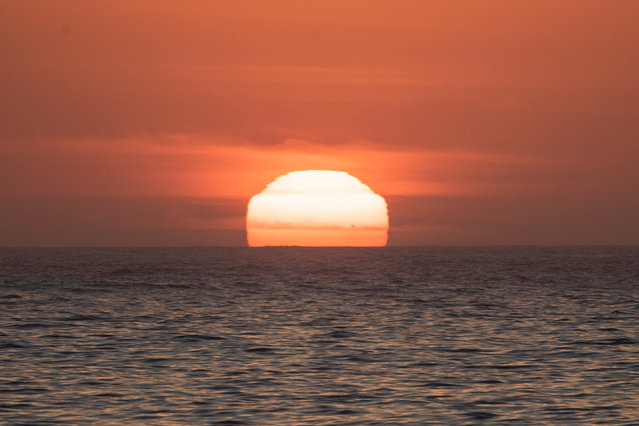 The sun rises at Bondi Beach ahead of a hot day on November 28, 2020 in Sydney, Australia. The Bureau of Meteorology has forecast heatwave conditions in NSW this weekend, with temperatures expected to exceed 40 degrees across the state. (Photo by Brook Mitchell/Getty Images) 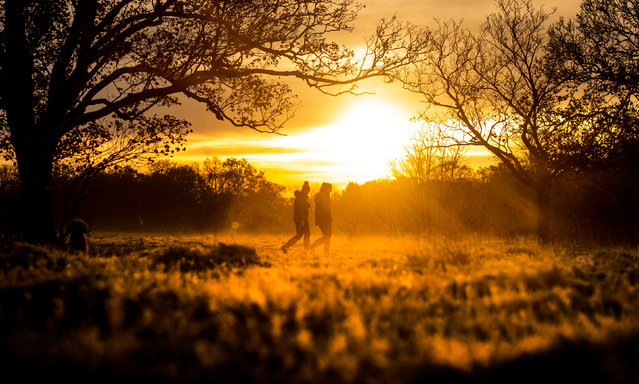 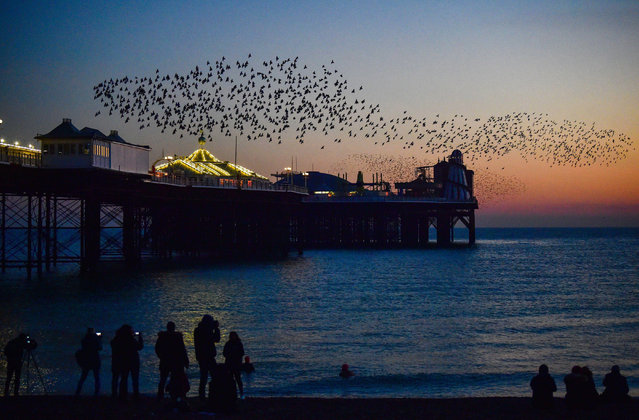 Crowds enjoy the late afternoon sunset and starling murmuration over the pier in the Brighton resort on England’s south coast on November 29, 2020. (Photo by Simon Dack/Alamy Live News) 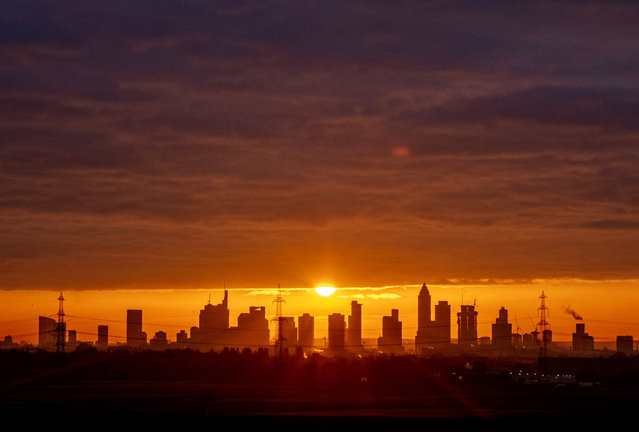 The sun rises over the buildings of the banking district in Frankfurt, Germany, Friday, November 20, 2020. (Photo by Michael Probst/AP Photo) 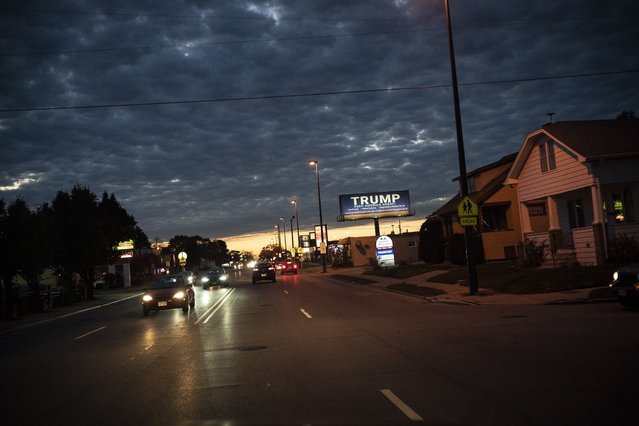 In this October 31, 2020, file photo, a billboard for President Donald Trump is illuminated along a street in Kenosha, Wis. (Photo by Wong Maye-E/AP Photo/File) 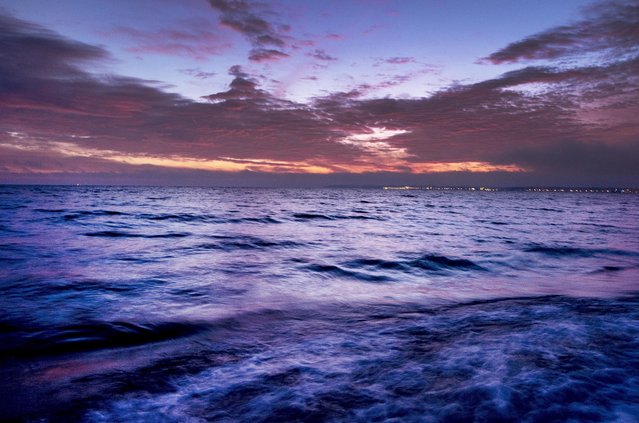 In this Sunday, December 22, 2019 file photo, clouds float over the Baltic Sea before sunrise in Scharbeutz, northern Germany. A joint European-U.S. satellite mission to improve measurements of sea level rise is being launched from Vandenberg Air Force Base in California on Saturday Nov. 22, 2020. The Sentinel-6 Michael Freilich satellite, named after the late director of NASA's Earth Science Division, is seen as a crucial tool for monitoring the impact of global warming on coastlines, where billions of people face the risk of encroaching oceans in the coming decades. (Photo by Michael Probst/AP Photo) 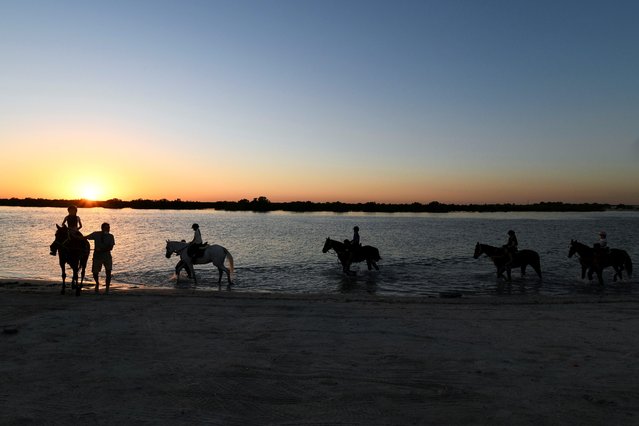 Yasmin Sayyed, founder of the Ride to Rescue program, holds a horse-riding class at a beach as a treat for a young student's birthday, in Abu Dhabi, United Arab Emirates on October 21, 2020. (Photo by Khushnum Bhanda/Reuters) 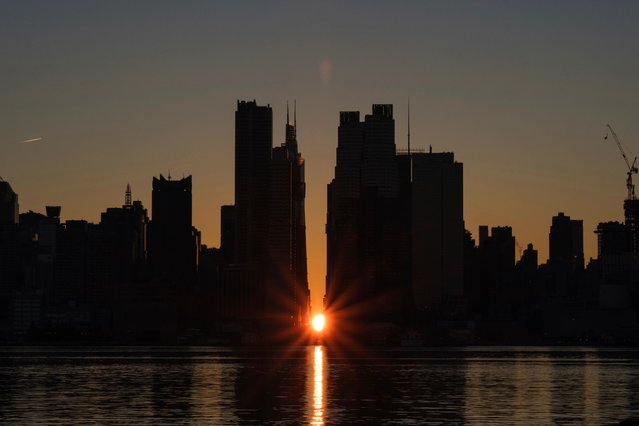 The sun rises through the middle of buildings long 42nd street in New York's Manhattan borough during a phenomenon known as Manhattanhenge on Sunday, November 29, 2020, as viewed from Weehawken, N.J. Manhattanhenge is when the rising sun intersects with the Manhattan street grid. (Photo by Yuki Iwamura/AP Photo) 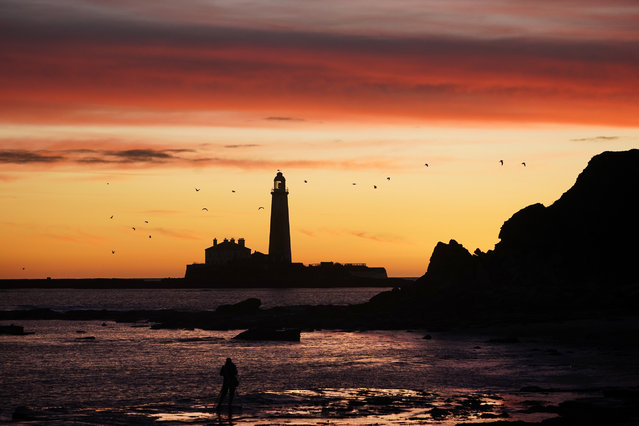 A pallet of changing colours as the sky lights up before sunrise at St Mary's Lighthouse in Whitley Bay, Tyne and Wear on the North East coast on November 22, 2020. (Photo by Owen Humphreys/PA Images via Getty Images) 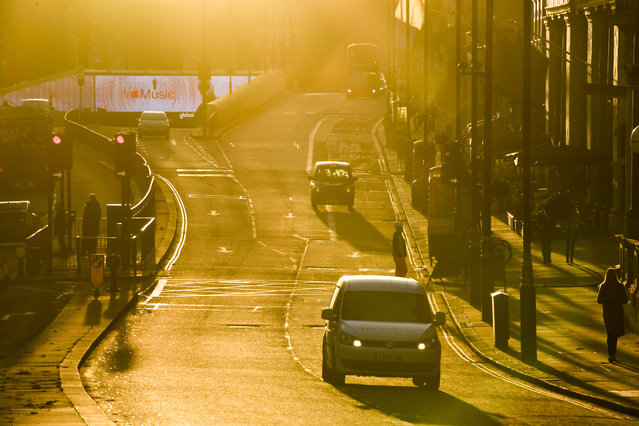 Moderate traffic as the sun sets on Piccadilly, in London, Tuesday, November 24, 2020. Haircuts, shopping trips and visits to the pub will be back on the agenda for millions of people when a four-week lockdown in England comes to an end next week, British Prime Minister Boris Johnson said Monday. (Photo by Alberto Pezzali/AP Photo) 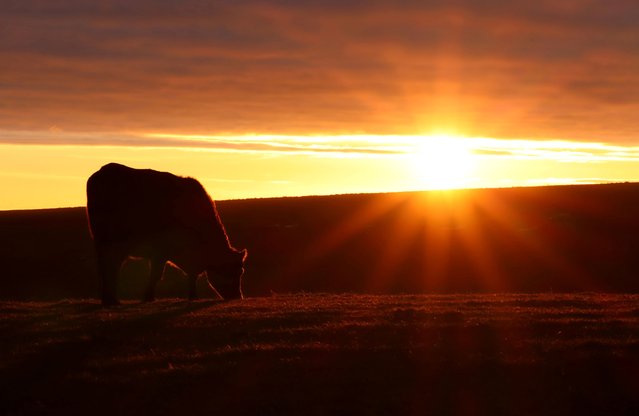 A cow grazes in a field as the sun sets at Ditchling Beacon on the South Downs in Ditchling, Britain, January 10, 2021. (Photo by Adam Oliver/Reuters) 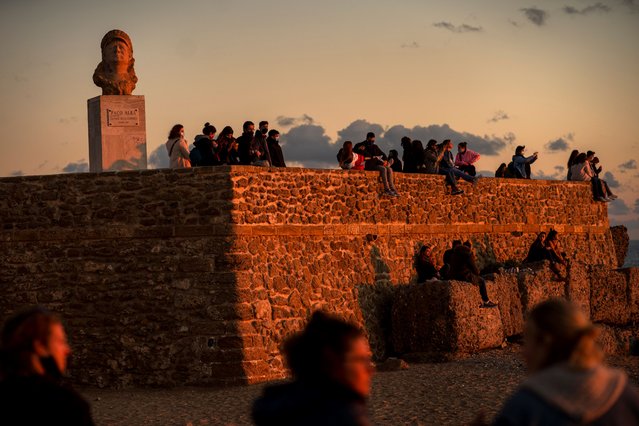 People look at the sunset at a beach at the city of Cadiz in Andalucia, Southern Spain, Sunday, January 3, 2021. (Photo by Emilio Morenatti/AP Photo) 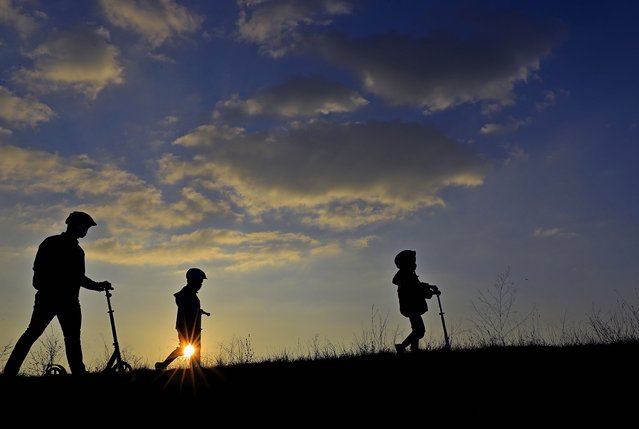 A father and his sons, as seen against the sun, walk at sunset on the side dam of Vacaresti wild park, in Bucharest, Romania, 15 November 2020. (Photo by Robert Ghement/EPA/EFE) 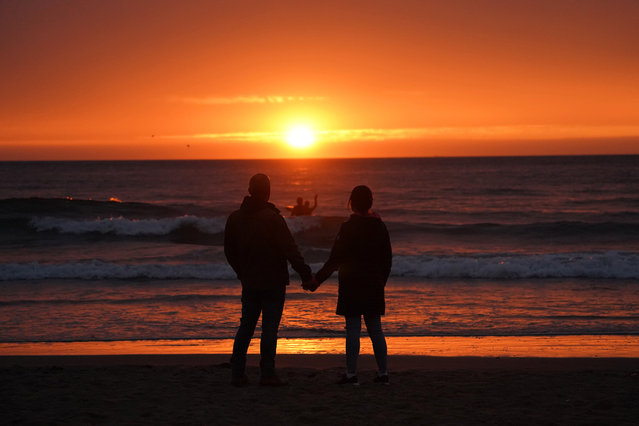 People watch the sunrise at Tynemouth after the shortest night following the summer solstice on June 21, 2020. The UK should cut greenhouse gas emissions by nearly four-fifths by 2035, climate advisers have said, signalling major changes to home heating. (Photo by Owen Humphreys/PA Images via Getty Images) 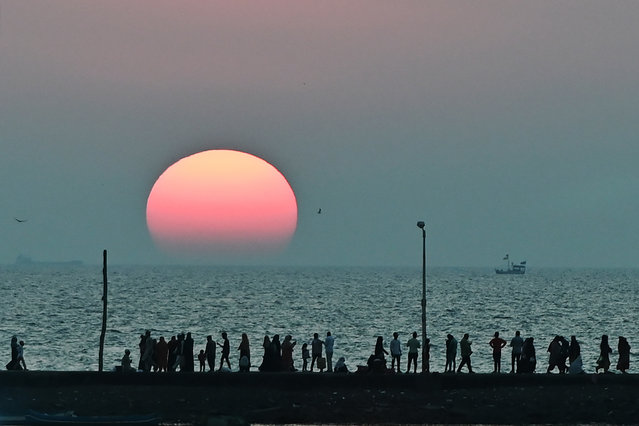 People walk along the seafront as the sun sets near Haji Ali mosque in Mumbai on November 23, 2020. (Photo by Punit Paranjpe/AFP Photo) 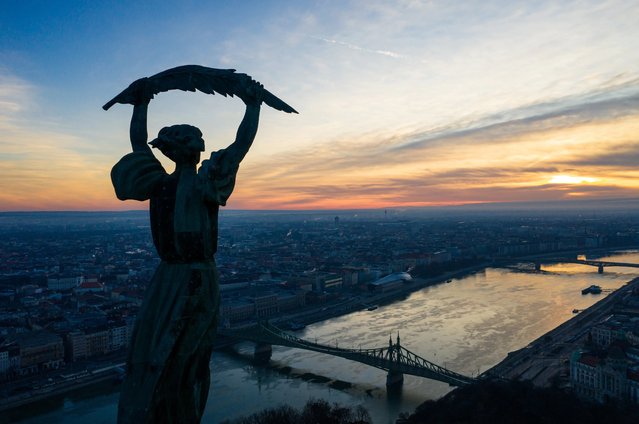 The sun rises behind the Liberty Statue on the top of Gellert Hill, a landmark of the Hungarian capital, in Budapest, Hungary, 2​7 December 2020. (Photo by Balazs Mohai/EPA/EFE) 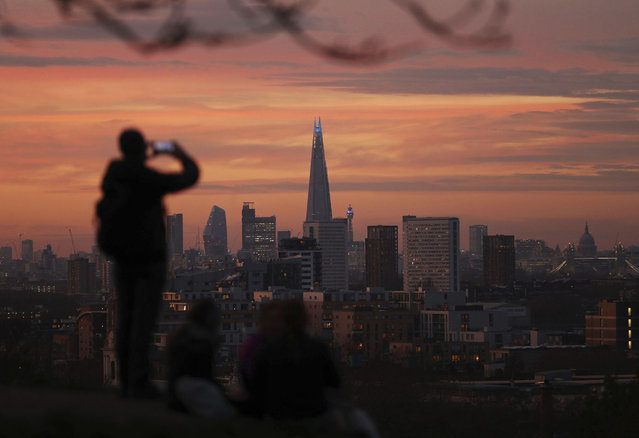 A person takes a photo of the skyline with the Shard building in the center, at sunset, from Greenwich Park in London, Tuesday, November 24, 2020. (Photo by Yui Mok/PA Wire via AP Photo)
Edit Del
17 Jan 2021 00:03:00, post received 0 comments
Publication archive:
←   →
Popular tags:
All tags
Last searches: