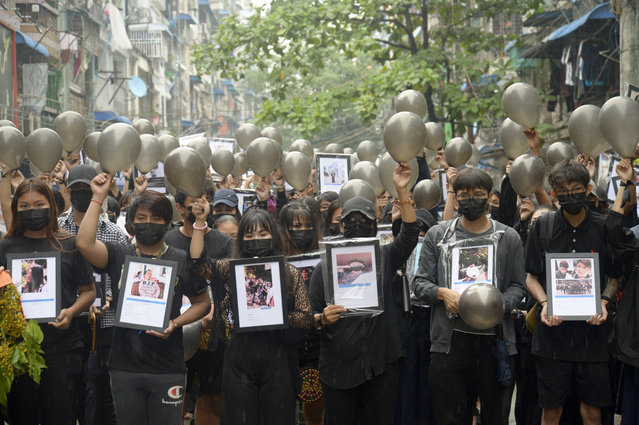 Anti-coup protesters holding pictures of those who died during a protest against the military offer prayers for them, in Yangon, Myanmar, Monday, April 5, 2021. Threats of lethal violence and arrests of protesters have failed to suppress daily demonstrations across Myanmar demanding the military step down and reinstate the democratically elected government. (Photo by AP Photo/Stringer) 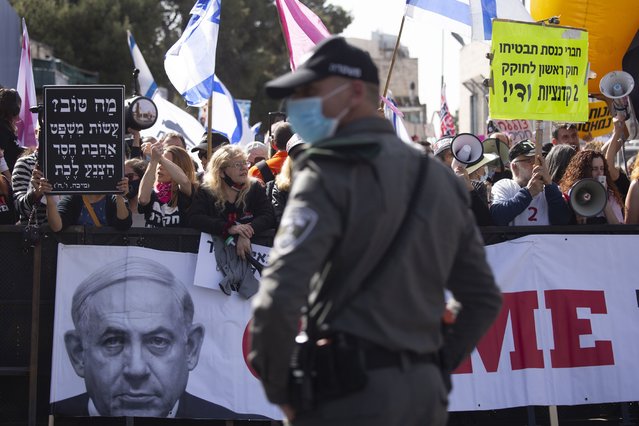 A police officer stands guard in front of protesters as Prime Minister Benjamin Netanyahu's motorcade arrives at the District Court in Jerusalem for a hearing in his corruption trial, Monday, April 5, 2021. Netanyahu was back in court for his corruption trial on Monday as the country's political parties were set to weigh in on whether he should form the next government after a closely divided election or step down to focus on his legal woes. (Photo by Maya Alleruzzo/AP Photo) 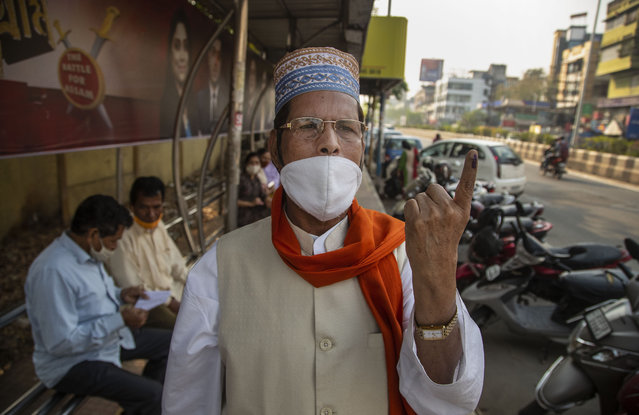 An Indian voter shows the indelible ink mark on hisr finger after casting his vote in a polling station during the third phase of assembly election in Gauhati, India, Tuesday, April 6, 2021. Voters in four Indian states and a union territory are casting their ballots, in elections seen as a test for Prime Minister Narendra Modi’s government which is battling the latest surge in coronavirus cases. (Photo by Anupam Nath/AP Photo) 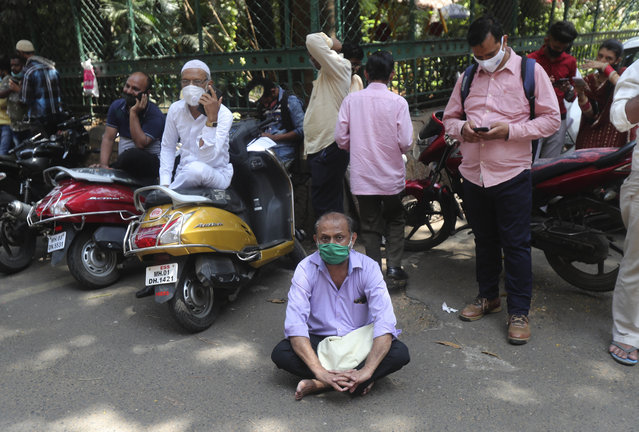 A man wearing mask sits on the road as he waits his turn for COVID-19 test outside a court in Mumbai, India, Monday, April 5, 2021. India reported its biggest single-day spike in confirmed coronavirus cases since the pandemic began Monday, and officials in the hard-hit state home to Mumbai are returning to the closure of some businesses and places of worship in a bid to slow the spread. (Photo by Rafiq Maqbool/AP Photo) 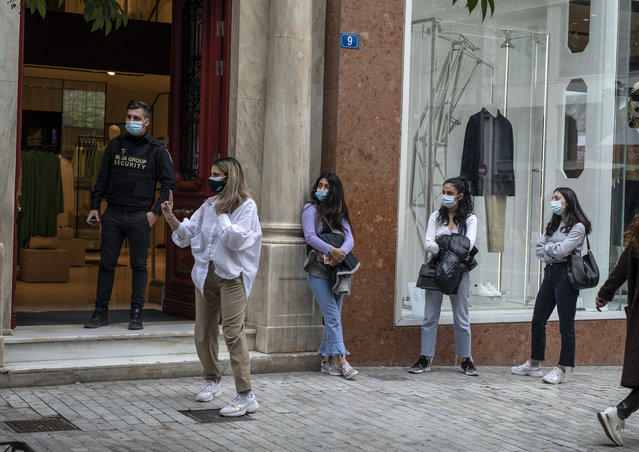 Customers wearing protective face masks queue outside a clothing store in Ermou street, central Athens, on Monday, April 5, 2021. Retail stores across most of Greece have been allowed to reopen despite an ongoing surge in COVID-19 infections, as the country battled to emerge from deep recession. (Photo by Petros Giannakouris/AP Photo) 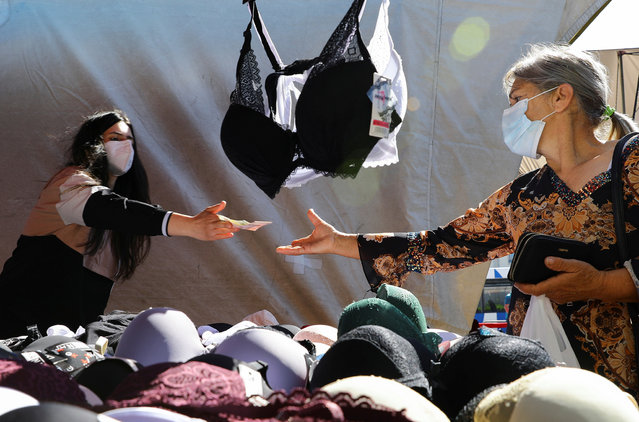 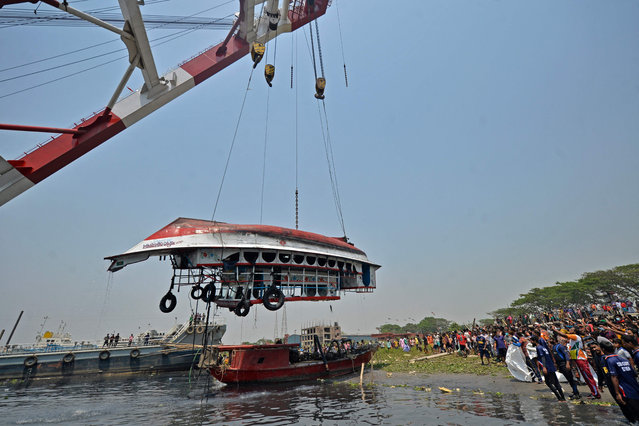 Onlookers and relatives gather after the authorities recovered the capsized boat in Shitalakshya River, in Narayanganj on April 5, 2021. (Photo by Munir Uz Zaman/AFP Photo) 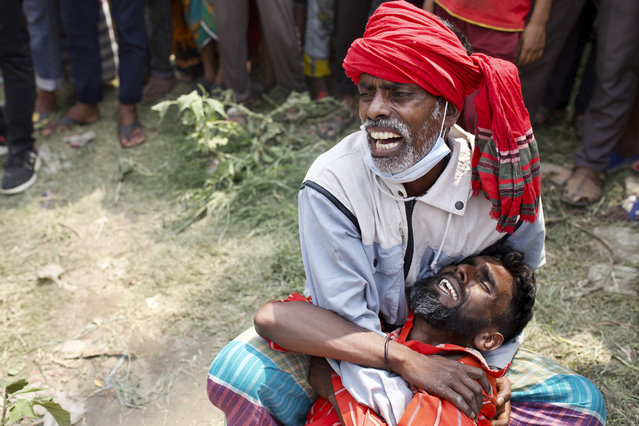 Relatives cry as rescuers recover bodies after a ferry sank Sunday night after being hit by a cargo vessel in the Shitalakkhya River in Narayanganj district, outside Dhaka, Bangladesh, Monday, April 5, 2021. (Photo by Mushfiqul Alam/AP Photo) 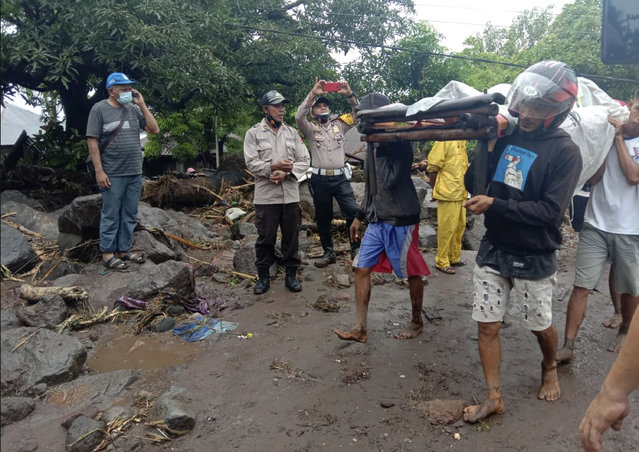 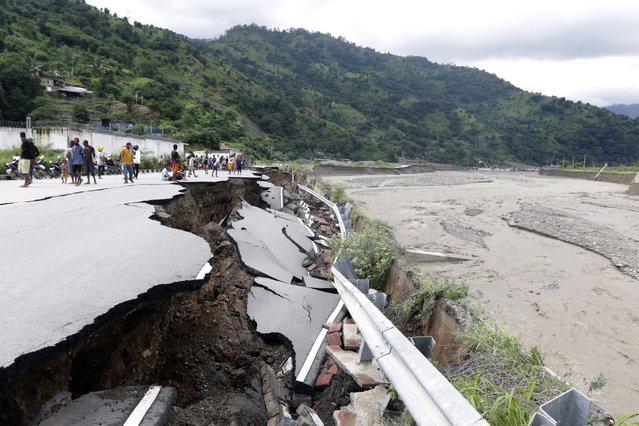 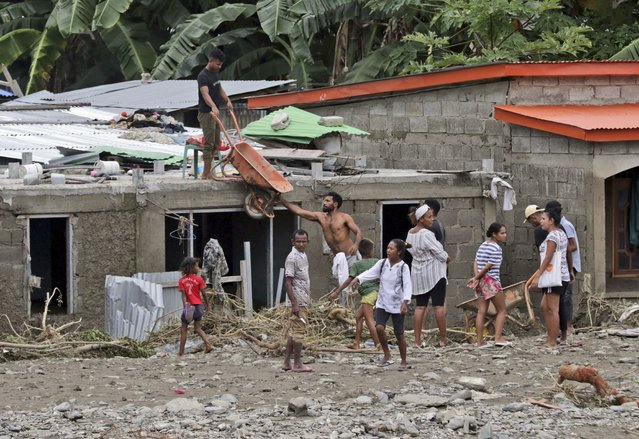 Residents clear up debris from around their houses following a flood in Dili, East Timor, Monday, April 5, 2021. (Photo by Kandhi Barnez/AP Photo) 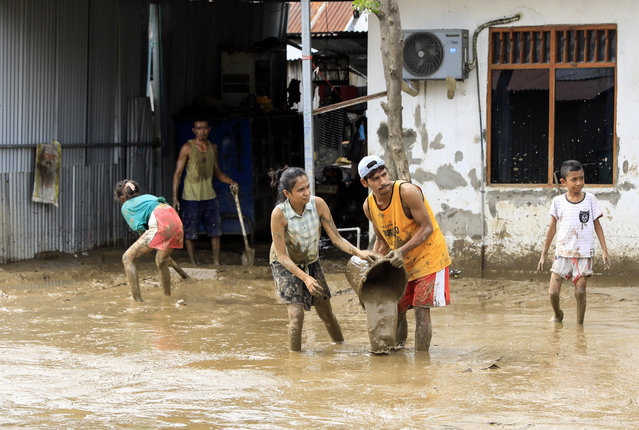 People clear mud off their house in the aftermath of floods in Dili, East Timor, also known as Timor Leste, 05 April 2021. Scores were killed and dozens went missing as floods and landslides caused by torrential rains hit the eastern part of Indonesia and East Timor over the weekend. (Photo by Antonio Dasiparu/EPA/EFE) 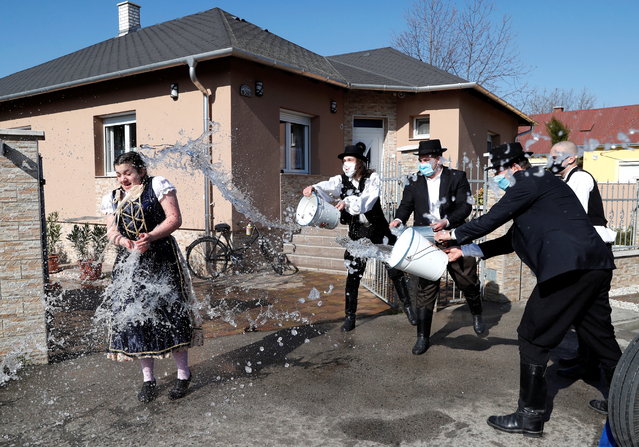 Members of the Hungarian dance and folk art ensemble Marcal throw water at a woman as part of traditional Easter celebrations in Gyor-Menfocsanak, Hungary, April 5, 2021. (Photo by Bernadett Szabo/Reuters) 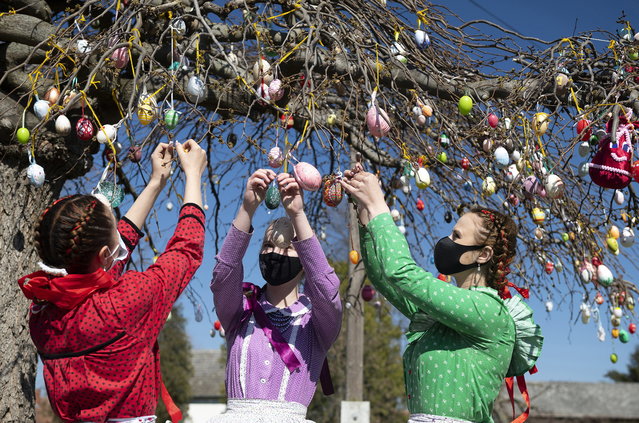 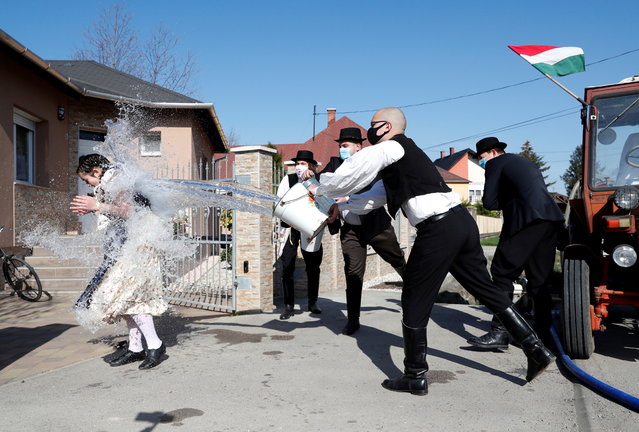