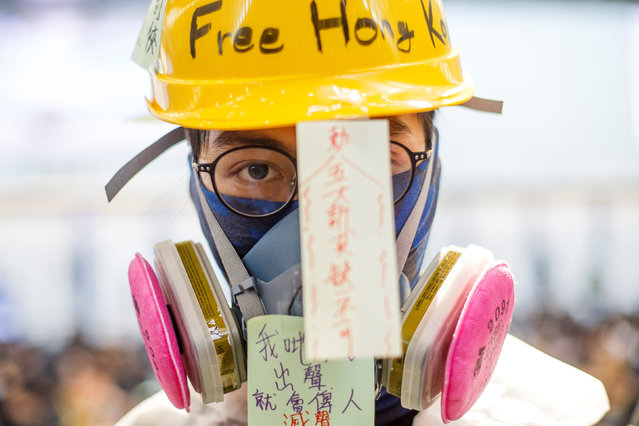 Anti-extradition bill demonatrator wears a helmet and a mask during a protest at the arrival hall of Hong Kong International Airport in Hong Kong, China August 9, 2019. (Photo by Thomas Peter/Reuters) 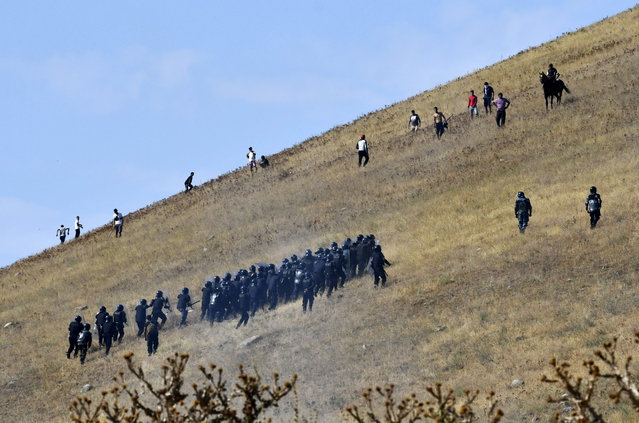 Kyrgyz riot police pursue supporters of former president Almazbek Atambayev near his residence in the village of Koi-Tash, about 20 kilometers (12 miles) south of the capital, Bishkek, Kyrgyzstan, Thursday, August 8, 2019. Police in Kyrgyzstan detained the Central Asian nation's ex-president Thursday following violent clashes with his supporters, a day after a previous attempt to arrest him left one policeman dead and nearly 80 people injured. (Photo by Vladimir Voronin/AP Photo) 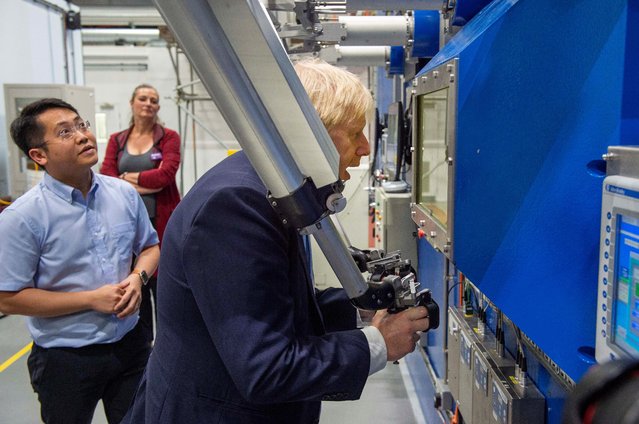 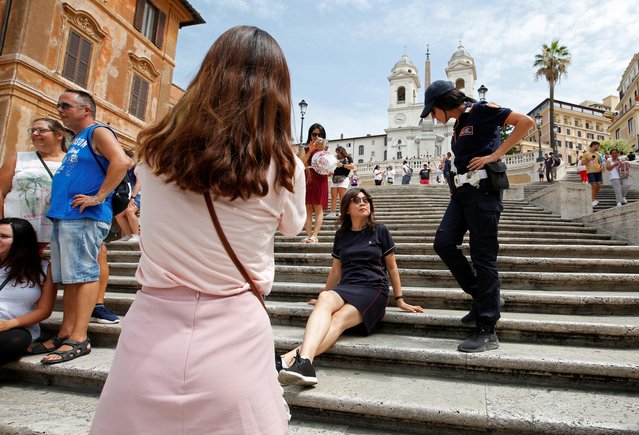 A municipal policewoman asks a tourist to rise from Rome's Spanish step, after the city's municipality banned sitting down on the famed stairs, in Rome, Italy, August 8, 2019. (Photo by Remo Casilli/Reuters) 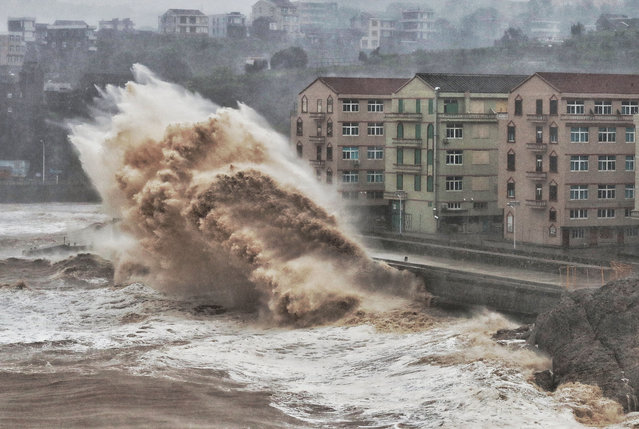 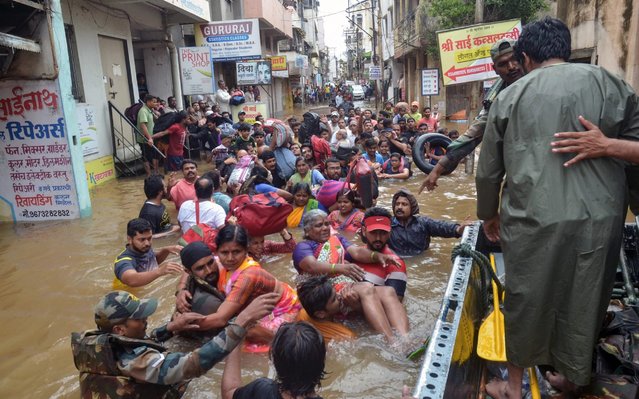 In this photograph taken on August 8, 2019, Indian Army personnel rescue people stranded in flood waters after heavy rains on the outskirts of Sangli in Maharashtra state. Parts of Maharashtra, Karnataka and Kerala are suffering one of the worst floods in recent years after heavy monsoon rains. (Photo by Uday Deolekar/AFP Photo) 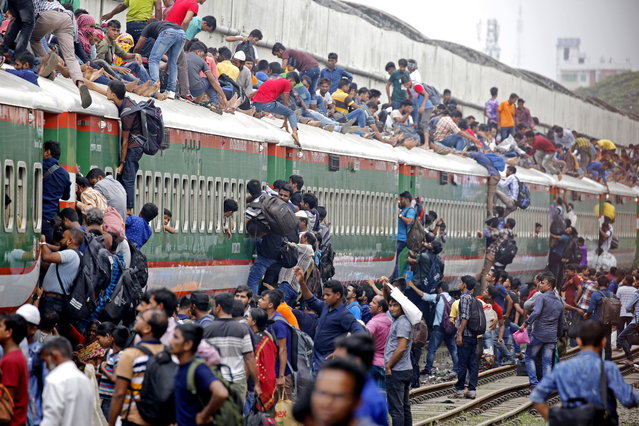 Bangladeshi people climb on the roof of an overcrowded train as they travel to their home villages to celebrate Eid-al-Adha, at the Kamlapur Railway Station in Dhaka, Bangladesh, 09 August 2019. Eid al-Adha is the holiest of the two Muslims holidays celebrated each year, it marks the yearly Muslim pilgrimage (Hajj) to visit Mecca, the holiest place in Islam. Muslims slaughter a sacrificial animal and split the meat into three parts, one for the family, one for friends and relatives, and one for the poor and needy. (Photo by Monirul Alam/EPA/EFE) 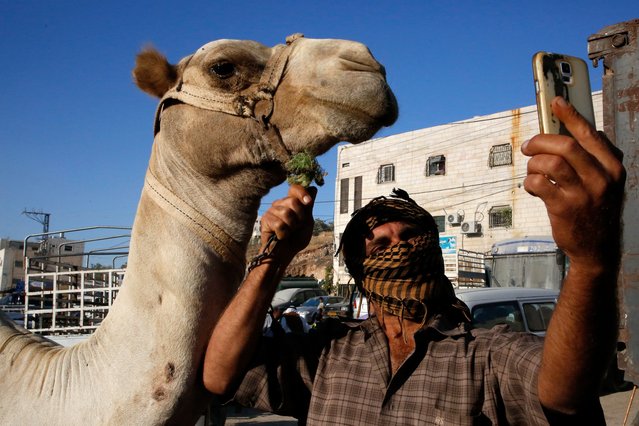 A Palestinian man takes a selfie picture next to a camel at a livestock market in the West Bank city of Hebron on August 9, 2019, as muslims prepare for the Eid al-Adha celebrations. Known as the “big” festival, Eid Al-Adha is celebrated each year by Muslims sacrificing various animals according to religious traditions, including cows, camels, goats and sheep. (Photo by Hazem Bader/AFP Photo) 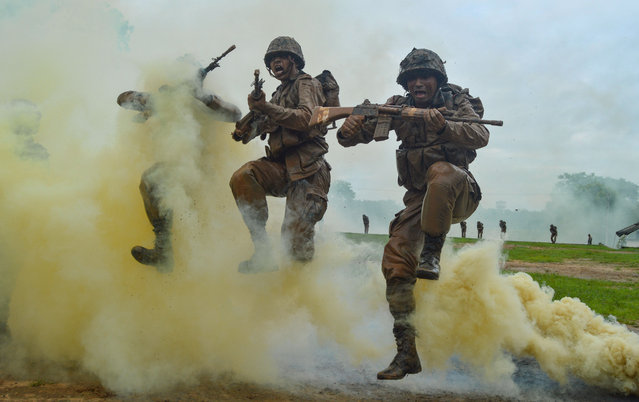 Indian Army recruits shout and jump next to colourful smoke during a training demonstration at the Jak Rifles regimental centre in Jabalpur in Madhya Pradesh state on August 9, 2019. (Photo by Uma Shankar Mishra/AFP Photo) 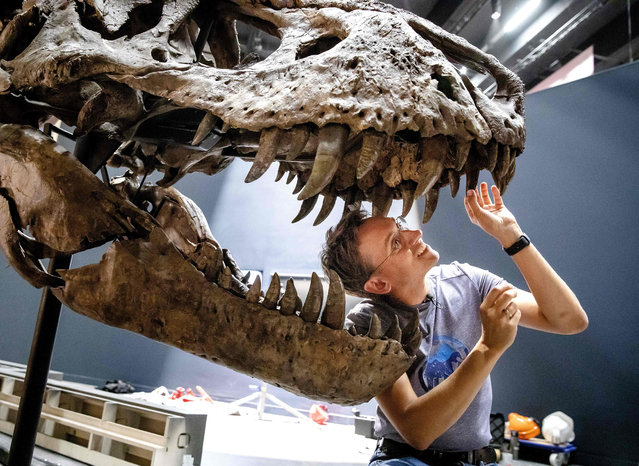 Paleontologist Naturalis Anne Schulp (L) takes part in the construction of the skeleton of the Tyrannosaurus Rex called Trix in Naturalis in Leiden, The Netherlands, on August 6, 2019. After a month-long tour of Europe, T. rex Trix is home in time for the opening of the new museum. (Photo by Bart Maat/ANP/AFP Photo) 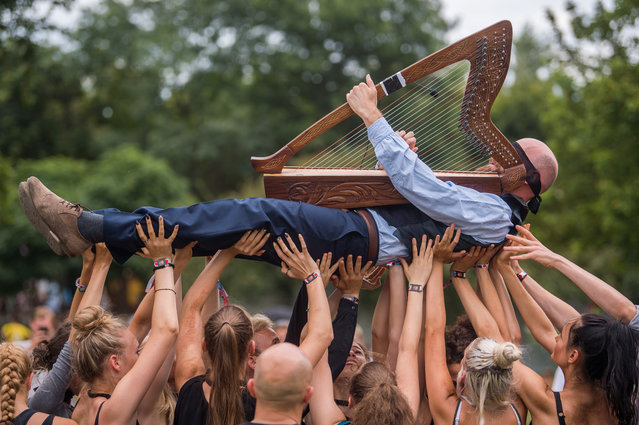 A performance entitled Halab by the Spanish Sol Pico group at the 27th Sziget (Island) Festival on Shipyard Island, Northern Budapest, Hungary, 08 August 2019. The festival is one of the biggest cultural events of Europe offering art exhibitions, theatrical and circus performances and above all music concerts in seven days. (Photo by Zoltan Balogh/EPA/EFE) 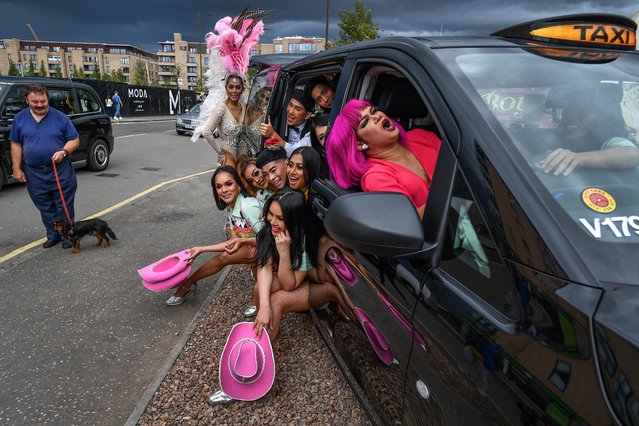 The cast of the Lady Boys of Bangkok squeeze into a taxi during a fundraising event for Edinburgh taxi drivers children’s charities on August 7, 2019 in Edinburgh, Scotland. The Lady Boys of Bangkok have returned to the Fringe for a 21st season, appearing at the Theatre Big Top at Fountainbridge from August 2nd – 26th. (Photo by Jeff J. Mitchell/Getty Images)
Edit Del
11 Aug 2019 00:07:00, post received 0 comments
Publication archive:
←   →
Popular tags:
All tags
Last searches: