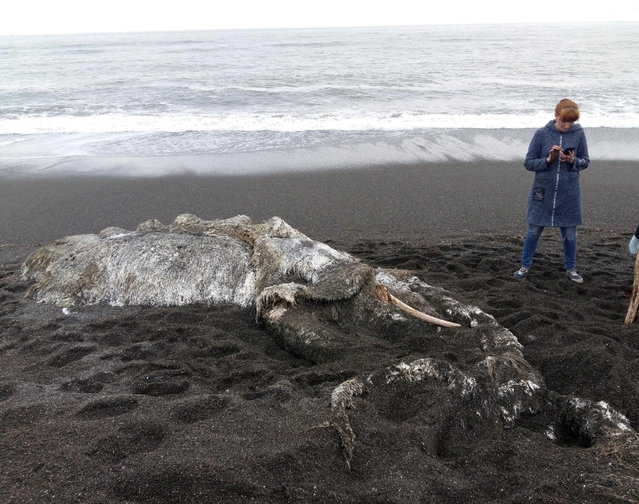 A woman stands next to the carcass of an unknown creature that washed ashore near Pakhachi, Russia on August 19, 2018. (Photo by Tolstikova Lyubov/Social Media via Reuters) 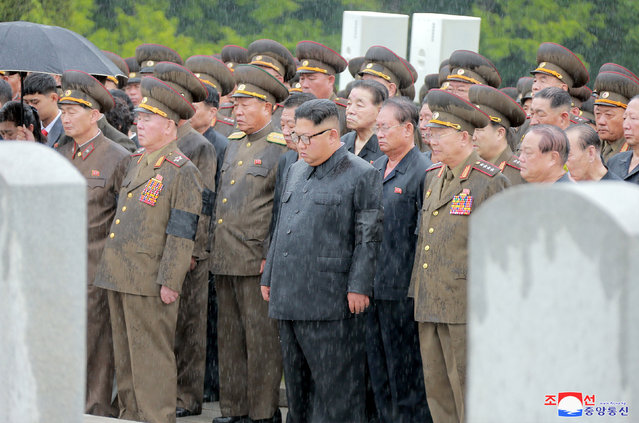 A state funeral of Marshal of the Korean People's Army Kim Yong Chun, member of the Central Committee of the Workers' Party of Korea, deputy to the DPRK Supreme People's Assembly and general adviser to the Ministry of the People's Armed Forces, took place on Monday in this photo released by North Korea's Korean Central News Agency (KCNA) on August 21, 2018. (Photo by KCNA via Reuters) 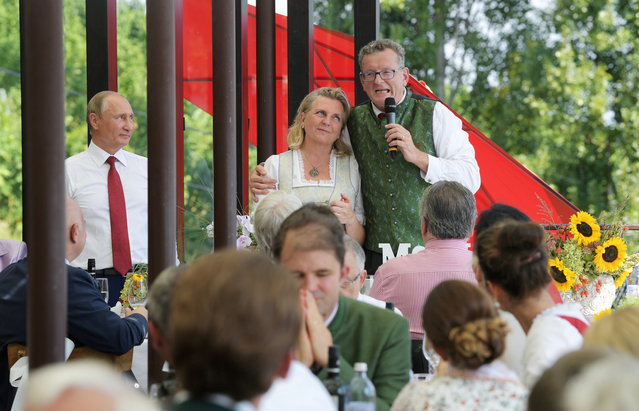 Austria's Foreign Minister Karin Kneissl is embraced by her groom Wolfgang Meilinger during their wedding celebrations as Russia's President Vladimir Putin looks on in Gamlitz, Austria on August 18, 2018. (Photo by Alexei Druzhinin/Sputnik/Kremlin via Reuters) 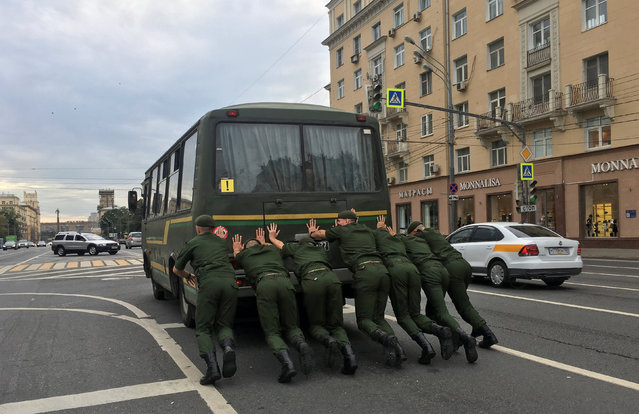 Russian servicemembers push a bus along an avenue in Moscow, Russia on August 20, 2018. (Photo by Maxim Shemetov/Reuters) 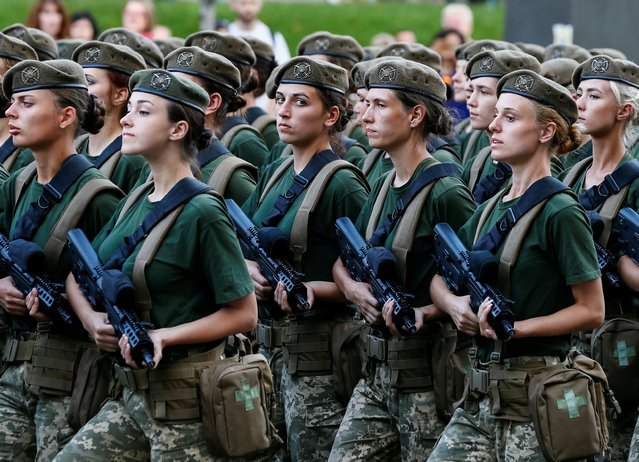 Servicewomen march during a rehearsal for the Independence Day military parade in central Kiev, Ukraine on August 20, 2018. (Photo by Gleb Garanich/Reuters) 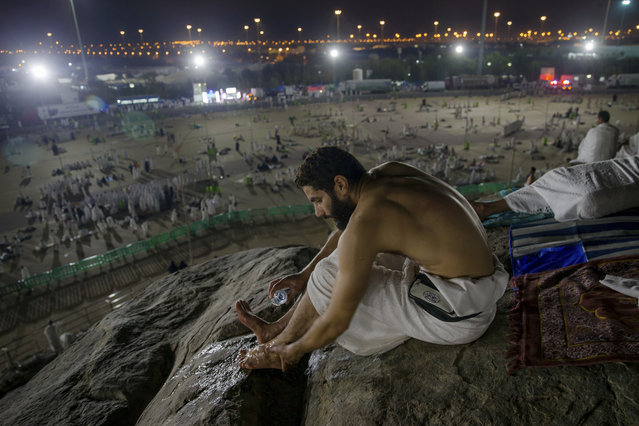 A Muslim hajji pilgrim washes, performing ablution before offering early morning prayers at Jabal Al Rahma holy mountain, or the mountain of forgiveness, at Arafat for the annual hajj pilgrimage, outside the holy city of Mecca, Saudi Arabia, Monday, August 20, 2018. More than 2 million Muslims have begun the annual hajj pilgrimage, one of the five pillars of Islam which is required of all able-bodied Muslims once in their lifetime. (Photo by Dar Yasin/AP Photo) 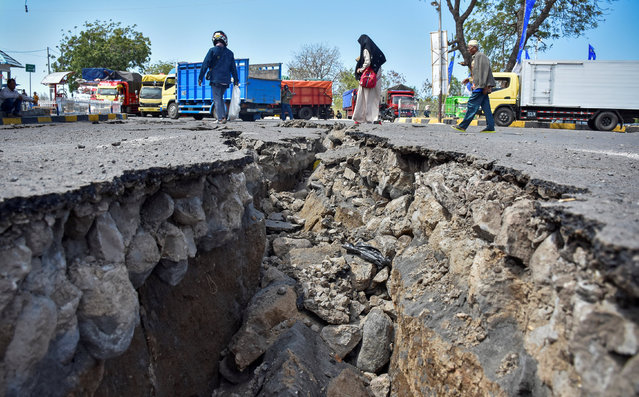 People walk on a road damaged by yesterday's large earthquake at Kayangan Port in Lombok, Indonesia August 20, 2018 in this photo taken by Antara Foto. (Photo by Ahmad Subaidi/Reuters/Antara Foto) 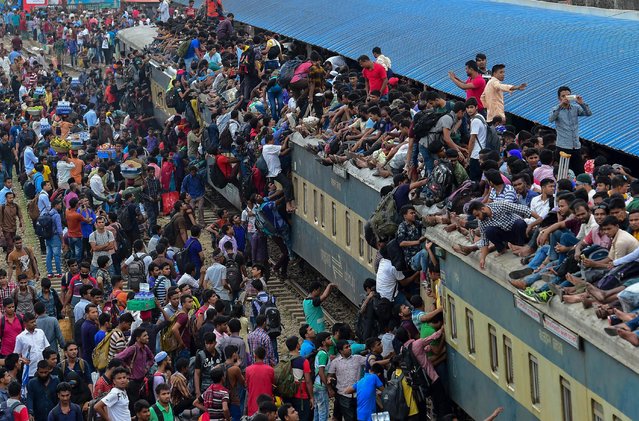 People scramble to reach the roof of an overcrowded train at a station in Dhaka on August 20, 2018. Muslims across the world celebrate the annual festival of Eid al- Adha, or the Festival of Sacrifice, which marks the end of the Hajj pilgrimage to Mecca and in commemoration of Prophet Abraham' s readiness to sacrifice his son to show obedience to God. (Photo by Munir Uz Zaman/AFP Photo) 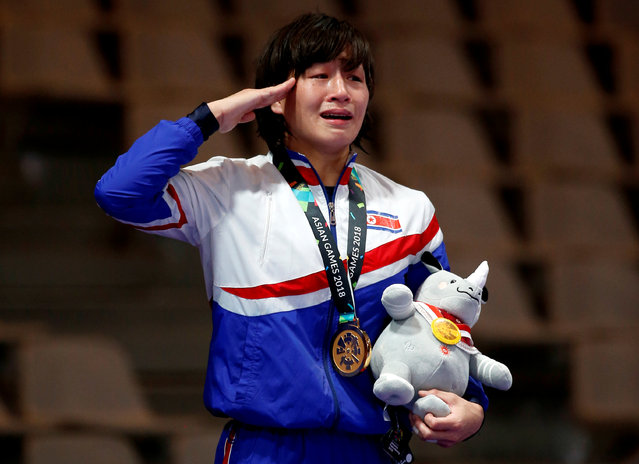 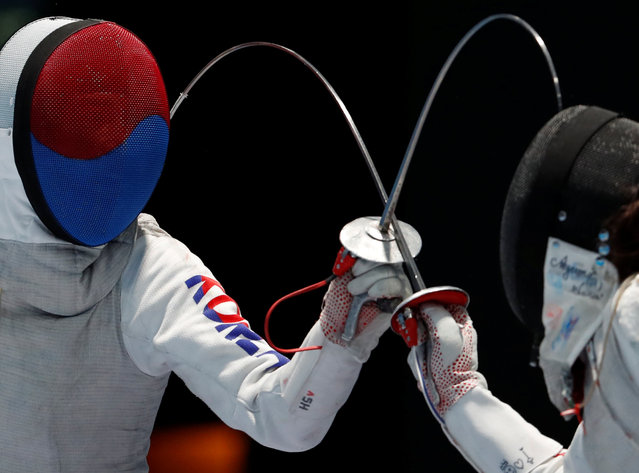 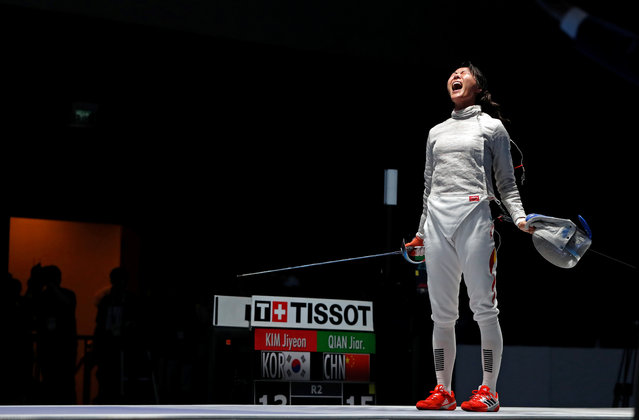 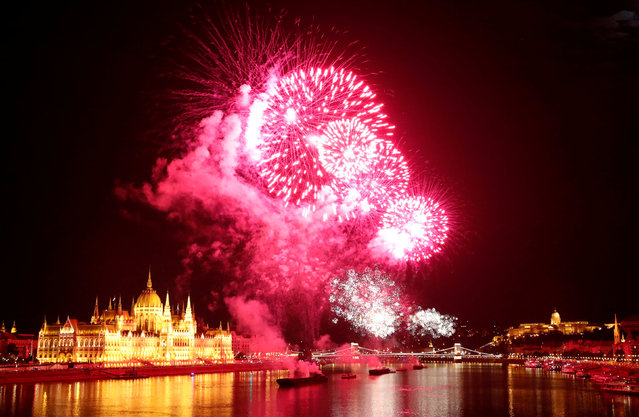 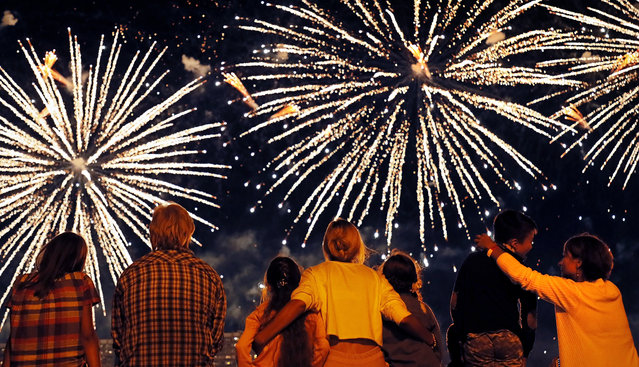 People look at fireworks during the International Fireworks Festival ROSTEC at the Brateevsky park in Moscow, Russia, 19 August 2018. The 8 world teams prepare pyrotechnic shows in accordance with the contest task and compete with each other. The fireworks festival ROSTEC takes place from 18 till 20 August. (Photo by Yuri Kochetkov/EPA/EFE) 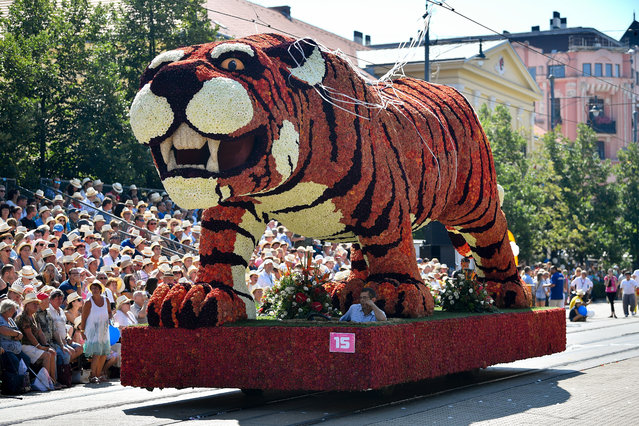 The float called Tiger is seen during the 49th Debrecen Flower Festival in Debrecen, 226 kms east of Budapest, Hungary, 20 August 2018, one of Hungary's major national holidays when Hungarians commemorate the foundation of their state and its founder King St Stephen. (Photo by Zsolt Czegledi/EPA/EFE) 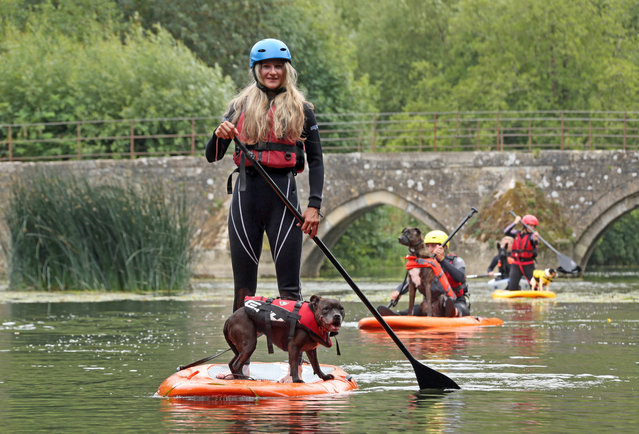 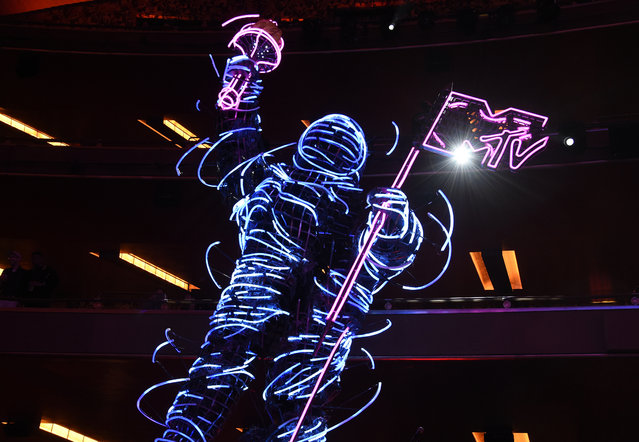