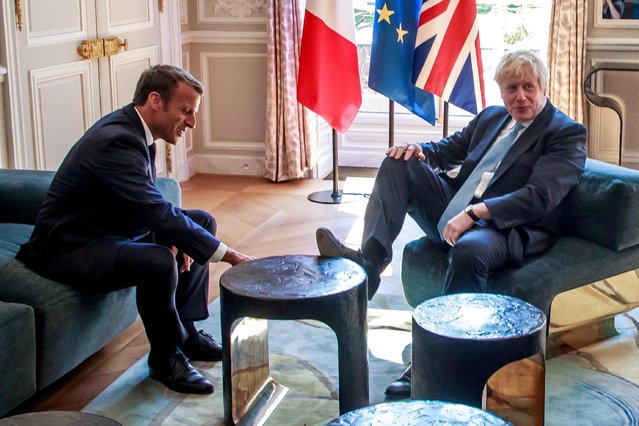 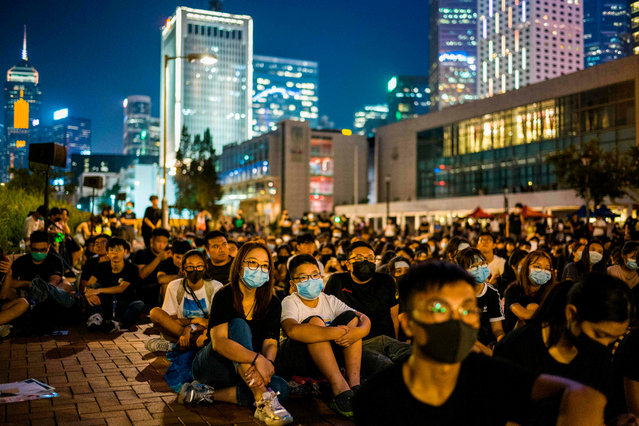 People attend a secondary school student rally at Edinburgh Place in Hong Kong on August 22, 2019. Hong Kong student leaders on Thursday announced a two-week boycott of lectures from the upcoming start of term, as they seek to keep protesters on the streets and pressure on the government. (Photo by Anthony Wallace/AFP Photo) 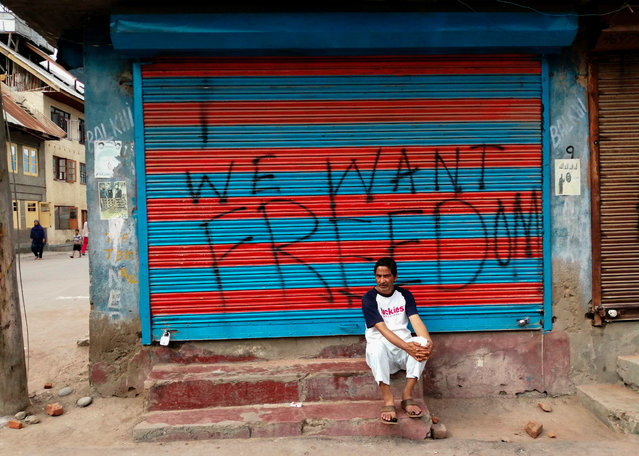 This photo taken on August 16, 2019 shows a man sitting next to graffiti that reads “We Want Freedom” on a shuttered store in the Soura locality in Srinagar, during a lockdown imposed by Indian authorities after stripping Kashmir of its autonomy. In an act of defiance against New Delhi's controversial decision to strip the Muslim-majority region of its autonomy, Soura neighbourhood on the outskirts of Kashmir's main city of Srinagar has sealed itself off from security forces. (Photo by Jalees Andrabi/AFP Photo) 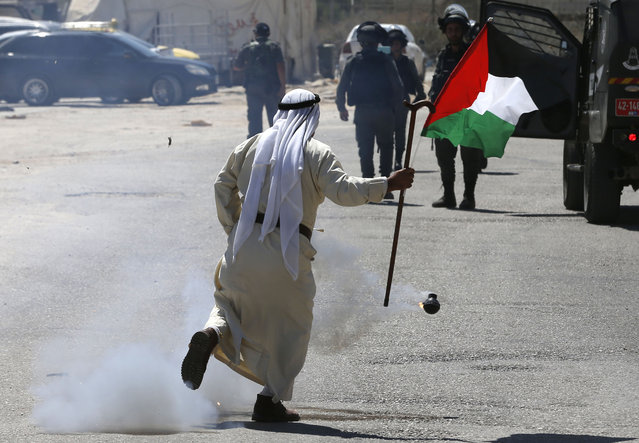 A Palestinian demonstrator runs past a tear gas canister launched by Israeli forces during a protest in solidarity with Palestinian prisoners held in Israeli jails near Israel's Ofer Prison in the Israeli-occupied West Bank on August 22, 2019. (Photo by Abbas Momani/AFP Photo) 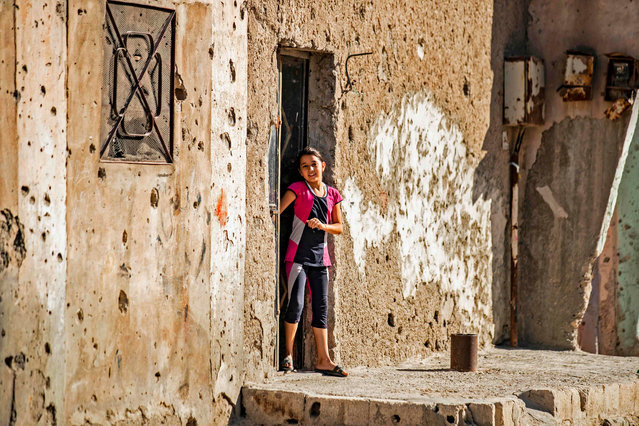 A child stands at by a bullet riddled wall in the northern Syrian city of Raqa, the former Syrian capital of the Islamic State (IS) group, on August 21, 2019. The Kurdish-led Syrian Democratic Forces overran Raqa in 2017, after years of what residents described as IS's brutal rule, which included public beheading and crucifixions. (Photo by Delil Souleiman/AFP Photo) 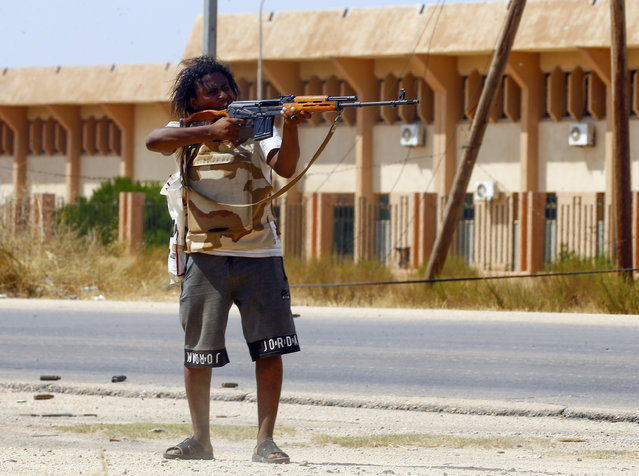 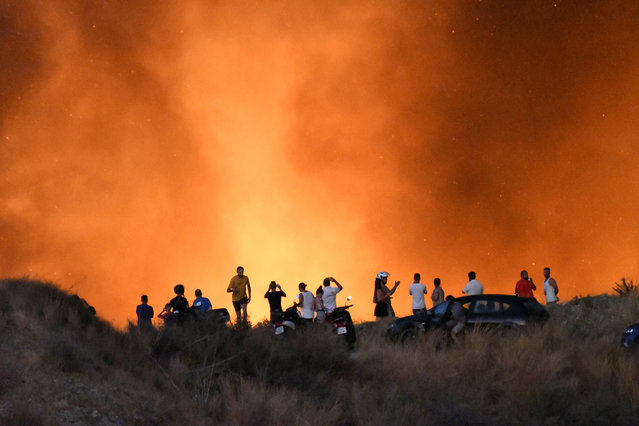 People look on a forest fire in the area Altos de Marbella, near of AP-7 highway in the town of Marbella, Costa del Sol, southern Spain, 22 August 2019 (issued 23 August 2019). Residents of some 40 houses had to be evacuated due to forest fire that was stabilized around last midnight. (Photo by /EPA/EFE/APZ) 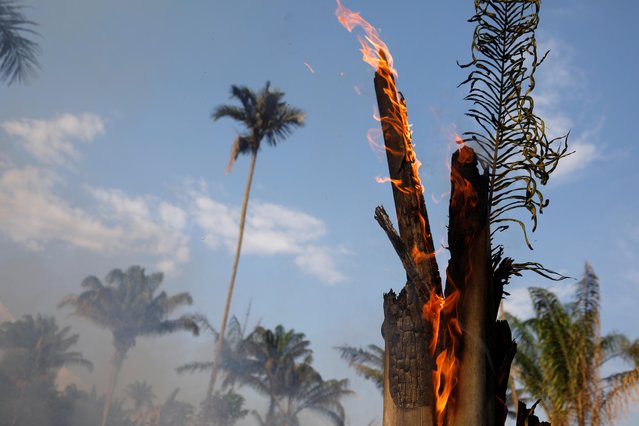 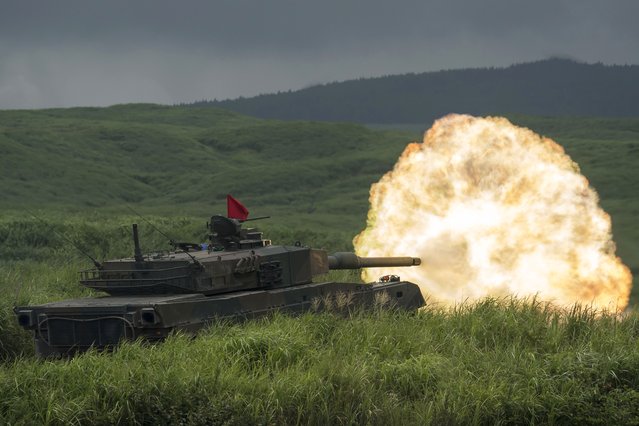 A Japan Ground Self-Defense Force Type 10 battle tank fires ammunition during a live fire exercise at the foot of Mount Fuji in the Hataoka district of the East Fuji Maneuver Area on August 22, 2019 in Gotemba, Shizuoka, Japan. The three-day annual live-fire drill takes place as the nation's Defense Ministry is expected to submit a record request of the fiscal 2020 budget this month. (Photo by Tomohiro Ohsumi/Getty Images) 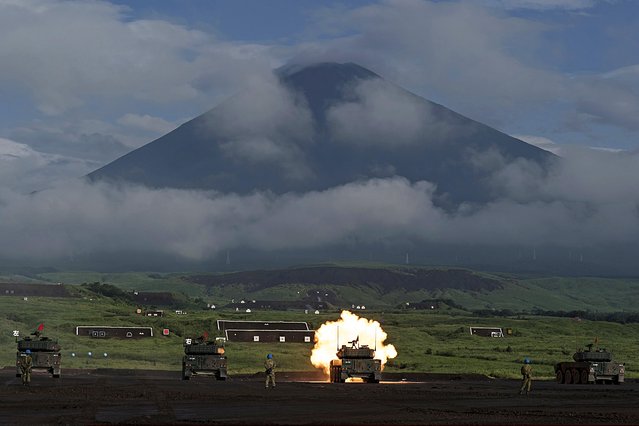 A Japan Ground Self-Defense Force battle tank fires ammunition during a live fire exercise at the foot of Mount Fuji in the Hataoka district of the East Fuji Maneuver Area on August 22, 2019 in Gotemba, Shizuoka, Japan. (Photo by Tomohiro Ohsumi/Getty Images) 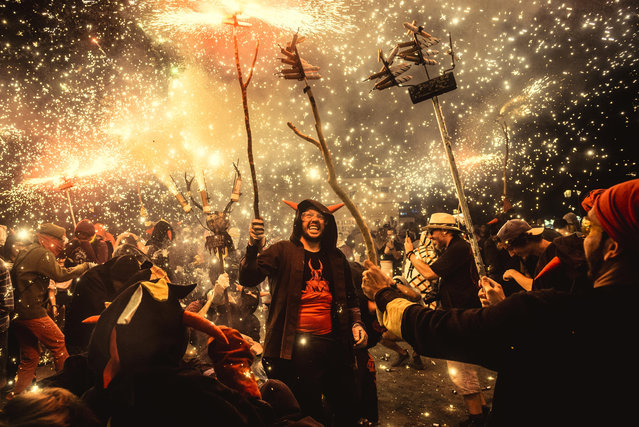 Fire runners in devil costumes dance to traditional drums under fireworks during the “Correfocs” at the “Festa Major de Gracia” in Barcelona, Spain on August 21, 2019. (Photo by Matthias Oesterle/ZUMA Wire/Rex Features/Shutterstock) 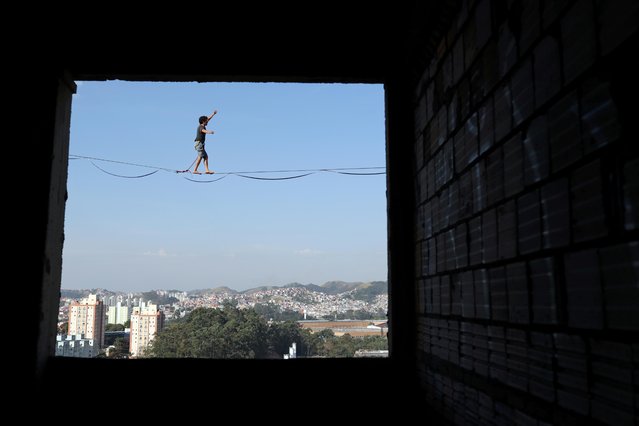 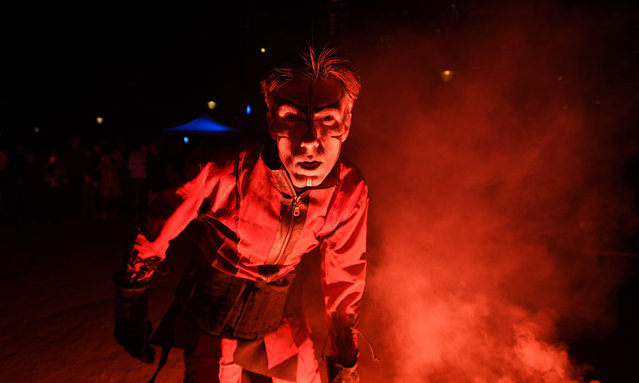 Performers are seen in action at the opening night of White Night at Birrarung Marr, Melbourne, Australia, 22 August 2019. White night, a festival of art and culture has launched this evening. (Photo by James Ross/EPA/EFE) 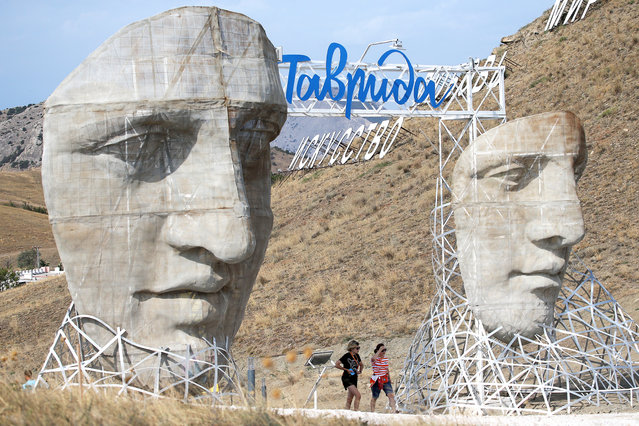 Visitors at the 5th Tavrida Art Festival in the Kapsel Bay near the town of Sudak in Crimea, Russia on August 22, 2019. (Photo by Sergei Malgavko/TASS) 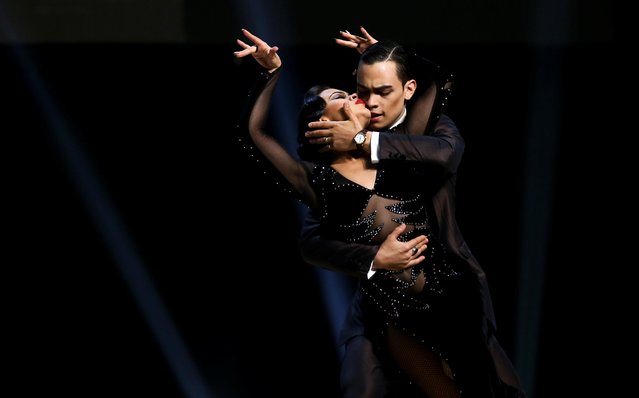 Juan David Vargas and Paulina Mejia, representing the city of Cali, Colombia, perform during the Stage style final round at the Tango World Championship in Buenos Aires, Argentina August 21, 2019. (Photo by Agustin Marcarian/Reuters) 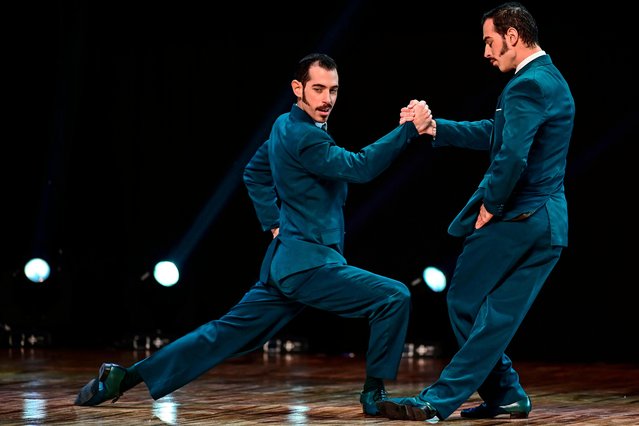