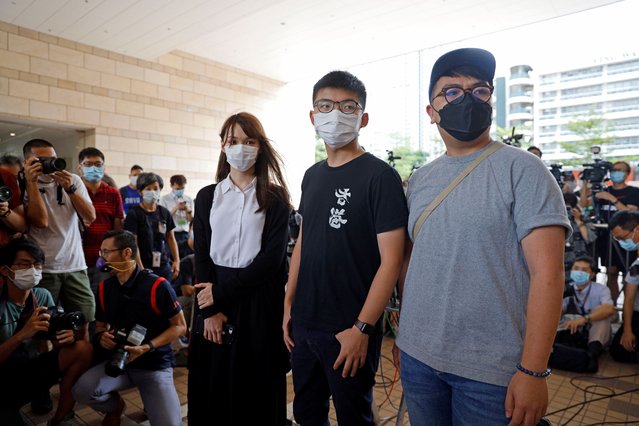 From left; pro-democracy activists Agnes Chow, Joshua Wong and Ivan Lam arrive at a court in Hong Kong, Wednesday, August 5, 2020. Chow appeared for sentencing after she pleaded guilty to inciting others to participate in an unlawful assembly, as well as to participating in an unauthorized assembly, related to protests in June last year. (Photo by Kin Cheung/AP Photo) 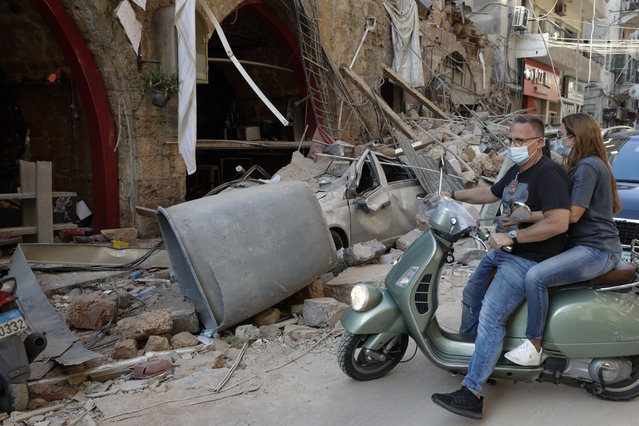 A couple drives past destruction after a massive explosion in Beirut, Lebanon, Wednesday, August 5, 2020. The explosion flattened much of a port and damaged buildings across Beirut, sending a giant mushroom cloud into the sky. In addition to those who died, more than 3,000 other people were injured, with bodies buried in the rubble, officials said. (Photo by Hassan Ammar/AP Photo) 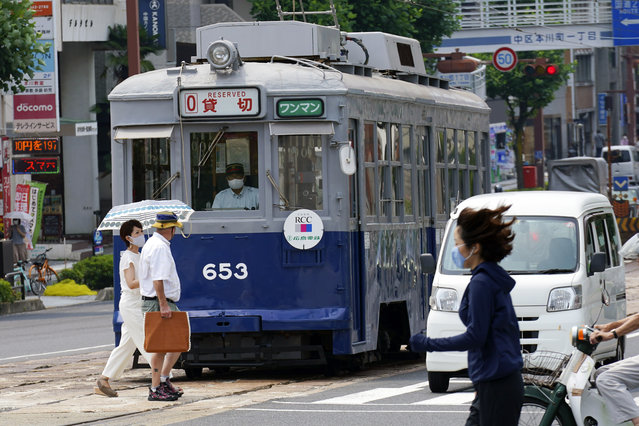 The No. 653 tram, which survived the atomic bomb, runs along the street near the Atomic Bomb Dome to commemorate the 75th anniversary of the U.S. first atomic bombing on the city in Hiroshima, Japan, Thursday, August 6, 2020. (Photo by Eugene Hoshiko/AP Photo) 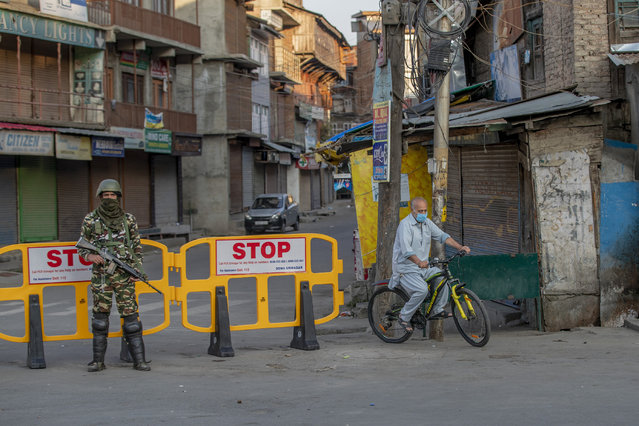 A Kashmiri cycles past a barricade set up as road blockade as a paramilitary soldier stands guard on the first anniversary of India’s decision to revoke the disputed region’s semi-autonomy, in Srinagar, Indian controlled Kashmir, Wednesday, August 5, 2020. Last year on Aug. 5, India’s Hindu-nationalist-led government of Prime Minister Narendra Modi stripped Jammu-Kashmir of its statehood and divided it into two federally governed territories. Late Tuesday, authorities lifted a curfew in Srinagar but said restrictions on public movement, transport and commercial activities would continue because of the coronavirus pandemic. (Photo by Dar Yasin/AP Photo) 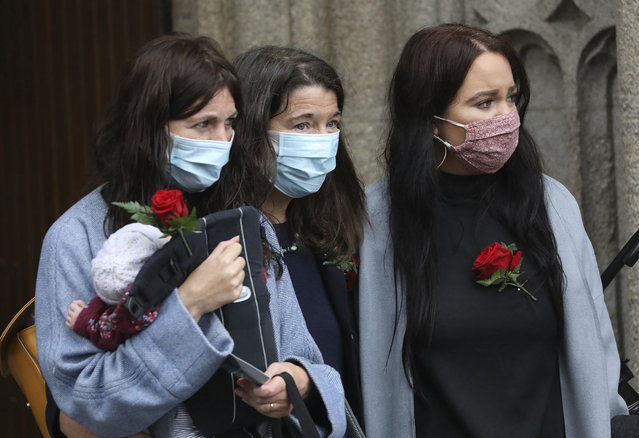 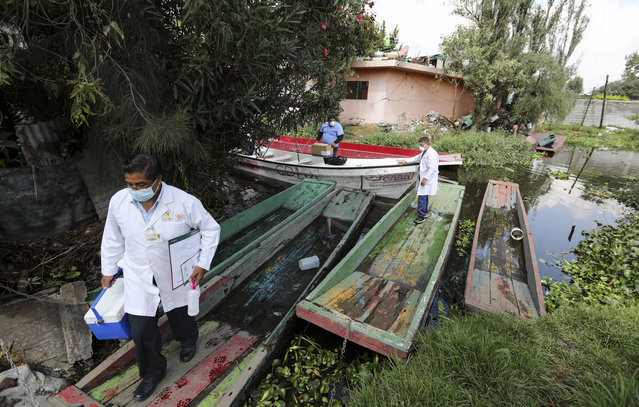 Dr. Jorge Ballesteros gets off a boat on his way to collect samples to test for COVID-19 at a home, in Xochimilco, Mexico City, Wednesday, August 5, 2020. (Photo by Eduardo Verdugo/AP Photo) 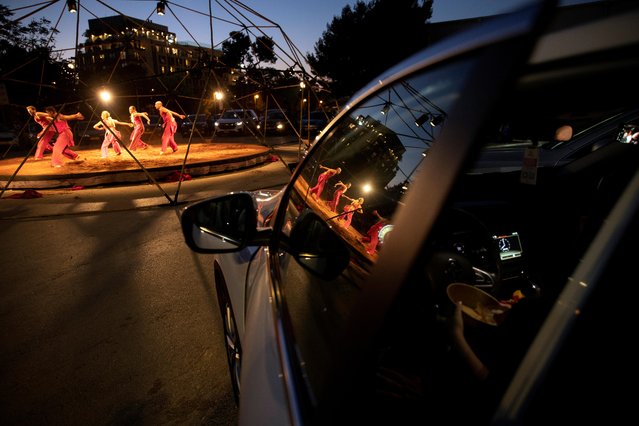 People sit inside their cars and watch an open-air performance of “Birth of the Phoenix” by Vertigo Dance Company at the parking lot of Jerusalem's Old Station amid the coronavirus crisis, in Jerusalem on August 4, 2020. (Photo by Ronen Zvulun/Reuters) 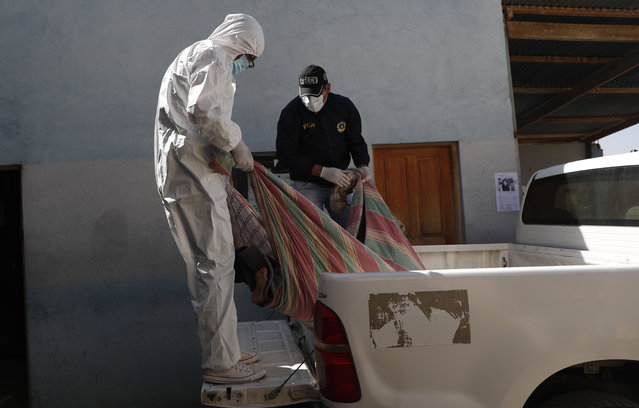 Police in protective gear amid the COVID-19 pandemic lift a body with the deceased person's own bedding, as they arrive at the morgue of the General Hospital in La Paz, Bolivia, Wednesday, August 5, 2020. Police routinely carry out the removal of corpses from streets and homes, and now about 80% are suspected of having COVID-19, according to the director of the Special Force to Fight Crime (FELCC), Colonel Ivan Rojas. (Photo by Juan Karita/AP Photo) 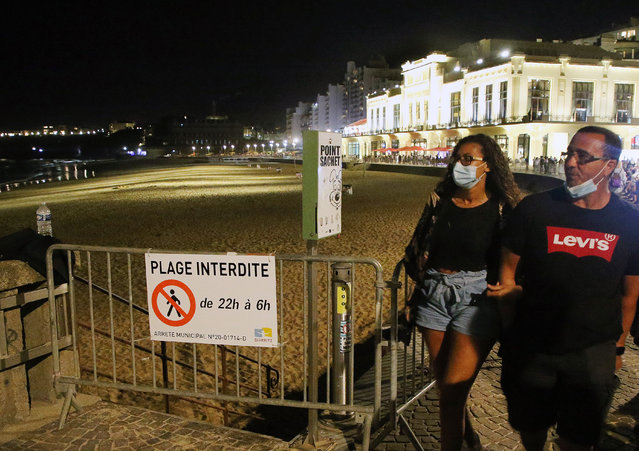 People wear face masks as they walk near the closed beach in Biarritz, southwestern France, Wednesday, August 5, 2020. Biarritz beach is closed all night from 10 p.m. to 6 a.m. to avoid beach youth gatherings and the spread of COVID-19. (Photo by Bob Edme/AP Photo) 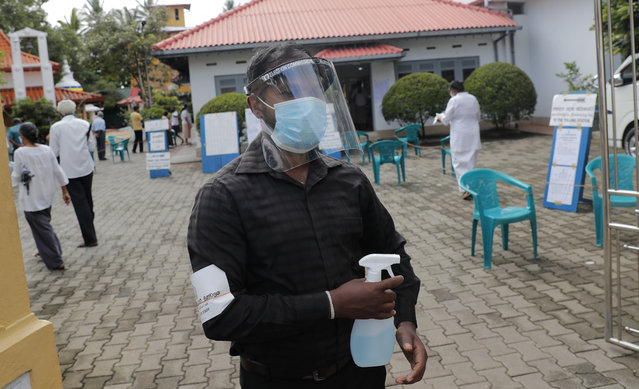 A Sri Lankan polling officer wearing mask and face shield stands holding a sanitizer sprayer at the entrance to a polling center during the parliamentary election in Colombo, Sri Lanka, Wednesday, August 5, 2020. The election was originally scheduled for April but was twice postponed due to the COVID-19 pandemic. (Photo by Eranga Jayawardena/AP Photo) 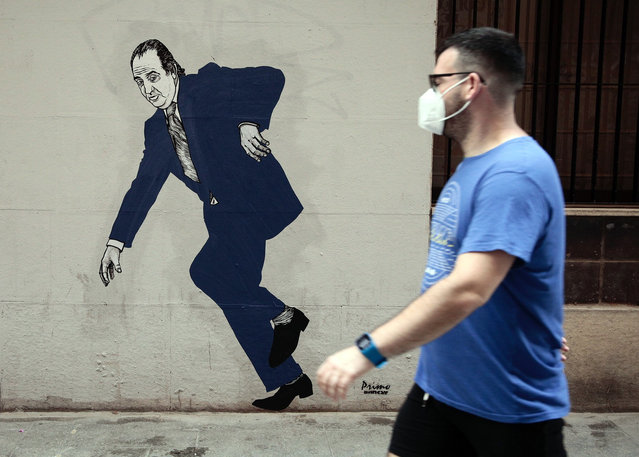 A person walks past graffiti by arstist selfnamed El Primo de Bansky (the cousin of Bansky) of former Spanish King Juan Carlos in Valencia, Spain, 05 August 2020. The Spanish Royal Household has announced that Emeritus King Juan Carlos I has proclaimed his intended decision to move abroad so as to not interfere in the image of the Spanish monarchy due to his alleged implication in a Swiss offshore account investigation. (Photo by Biel Aliño/EPA/EFE) 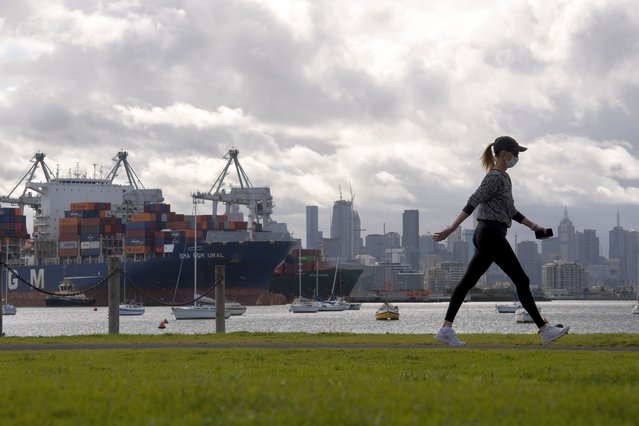 A woman takes a walk in a park during lockdown due to the continuing spread of the coronavirus in Melbourne, Thursday, August 6, 2020. Victoria state, Australia's coronavirus hot spot, announced on Monday that businesses will be closed and scaled down in a bid to curb the spread of the virus. (Photo by Andy Brownbill/AP Photo) 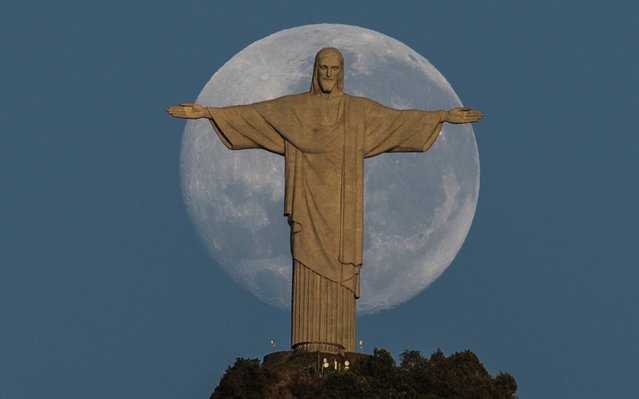