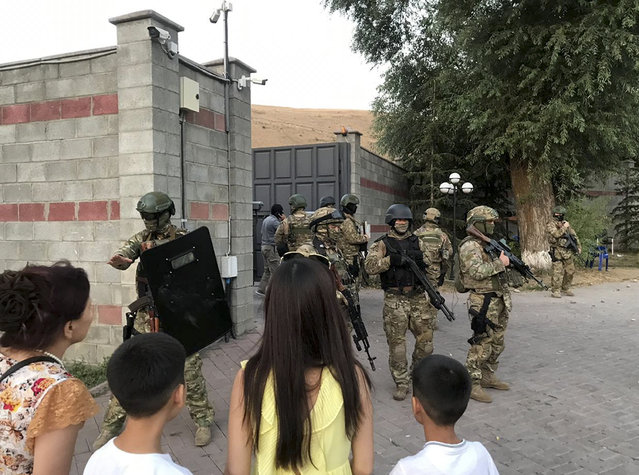 Kyrgyz special forces stand in guard at former president of Kyrgyzstan Almazbek Atambayev's residence in the village of Koi-Tash, about 20 kilometers (12 miles) south of the capital, Bishkek, Kyrgyzstan, Wednesday, August 7, 2019. Gunfire is being heard outside the residence of the former president of Kyrgyzstan as police move in to try to arrest him. The Kyrgyz news site 24.kg said several people, including journalists, have been wounded in the Wednesday shooting in the village of Koi-Tash, 20 kilometers (12 miles) south of the capital, Bishkek. (Photo by AKIpress via AP Photo) 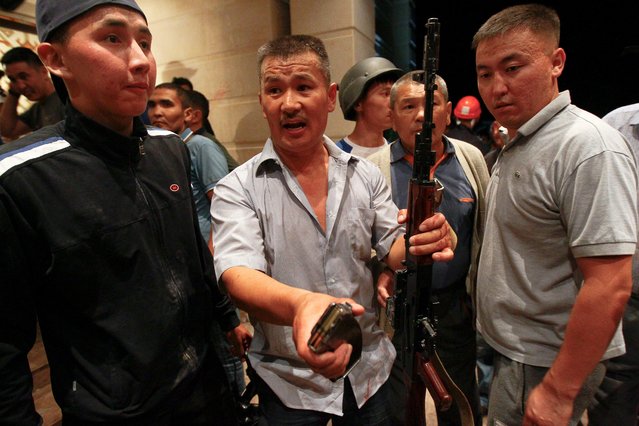 Armed supporters of Almazbek Atambayev guard his house in the village of Koi Tash near Bishkek, Kyrgyzstan August 7, 2019. The Kyrgyz State Committee on National Security confirmed its special forces unit was seeking to detain Atambayev at the village outside the capital Bishkek and had used rubber bullets. An Atambayev-controlled television station, April, broadcast footage in which gunshots could be heard and armed men seen around the building wearing camouflage and bulletproof vests. (Photo by Vladimir Pirogov/Reuters) 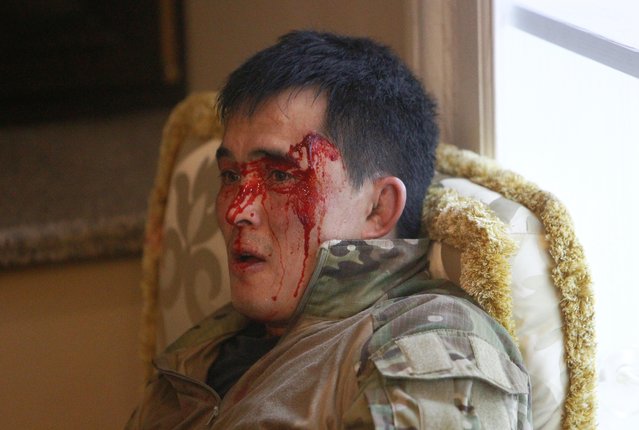 A member of Kyrgyz state security forces, who was injured during an operation to detain Almazbek Atambayev, lies on the floor in a house in the village of Koi Tash near Bishkek, Kyrgyzstan August 7, 2019. (Photo by Vladimir Pirogov/Reuters) 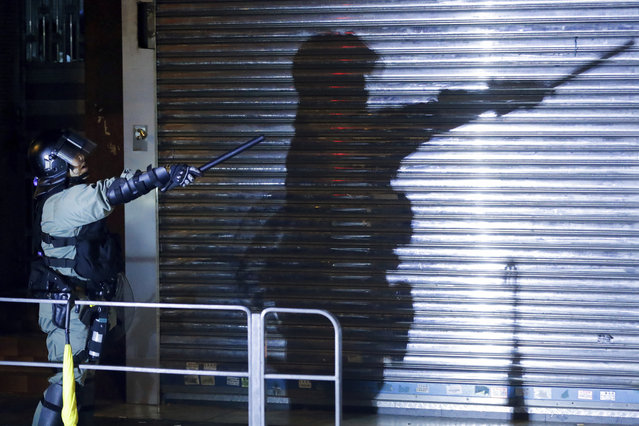 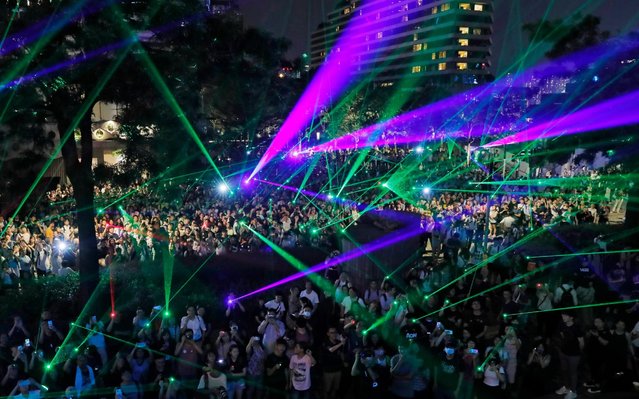 Protesters use laser pointers during a rally to demonstrate against the arrests of people caught in possession of laser pointers that police classified as offensive weapons because of their ability to harm the eyes in Hong Kong, Wednesday, August 7, 2019. Hong Kong is facing its “most severe situation” since its handover from British rule in 1997 following weeks of demonstrations and the central government is considering what measures to take next, the head of Beijing's Cabinet office responsible for the territory said Wednesday. (Photo by Kin Cheung/AP Photo) 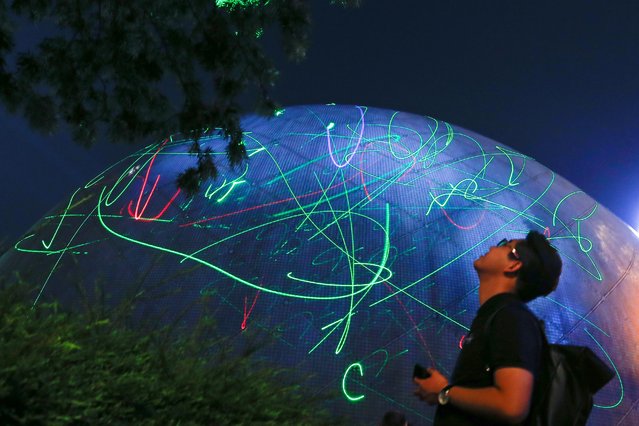 A man watches the dots of laser pointers move across the facade of the Hong Kong Space Museum during a flash mob staged to denounce the authorities' claim that laser pointers were offensive weapons in Hong Kong, China on August 7, 2019. Hundreds of Hong Kong protesters created their own light show to demonstrate against the arrest of a student detained for buying laser pointers, at the Space Museum in Tsim Sha Tsui. (Photo by Thomas Peter/Reuters) 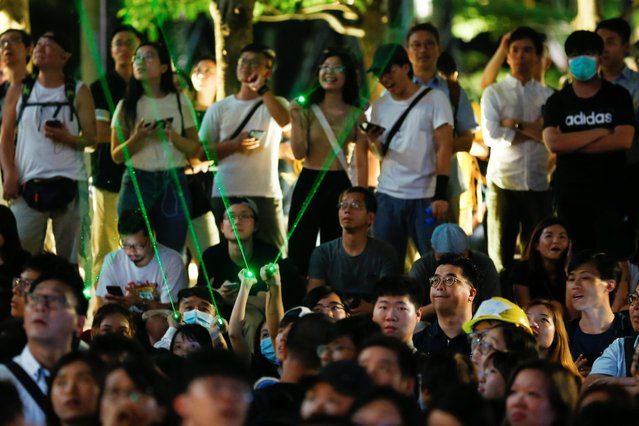 People aim laser pointers at the facade of the Hong Kong Space Museum during a flash mob staged to denounce the authorities' claim that laser pointers were offensive weapons in Hong Kong, China, August 7, 2019. Protesters say Keith Fong, a student union leader from Baptist University, was unlawfully arrested by several plainclothes police for buying laser pointers on the grounds that he possessed offensive weapons. (Photo by Thomas Peter/Reuters) 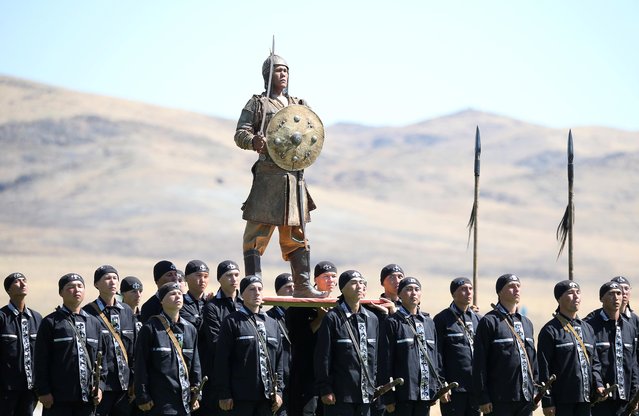 Kazakh servicemen perform during a ceremony opening the International Army Games at the 40th military base Otar in Zhambyl Region, Kazakhstan on August 7, 2019. (Photo by Pavel Mikheyev/Reuters) 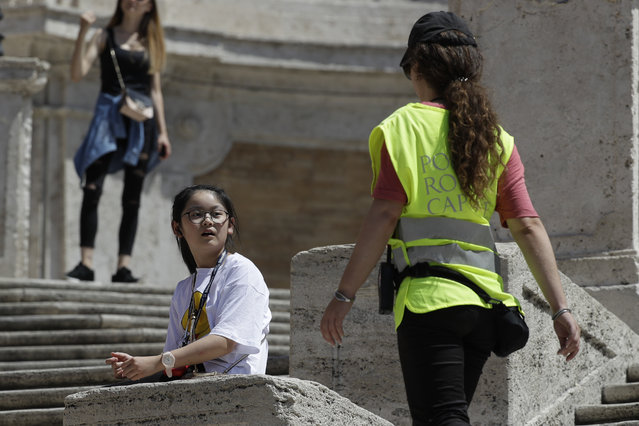 A Police officer asks a girl not to sit on the Spanish Steps, in Rome, Wednesday, August 7, 2019. Police started the enforcement of a law designed to protect monuments and landmarks and are forbidding people from sitting on the Spanish steps since they are considered a monument. (Photo by Gregorio Borgia/AP Photo) 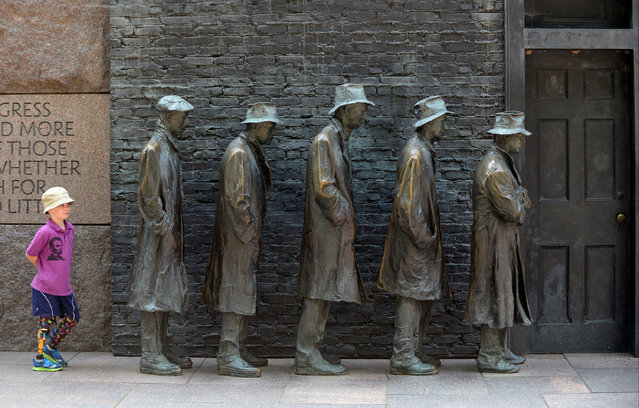 Ulysses Watko, 7, visiting from Portland, OR, plays amid The Breadline sculpture at the Franklin Delano Roosevelt Memorial in Washington, U.S., August 7, 2019. (Photo by Mary F. Calvert/Reuters) 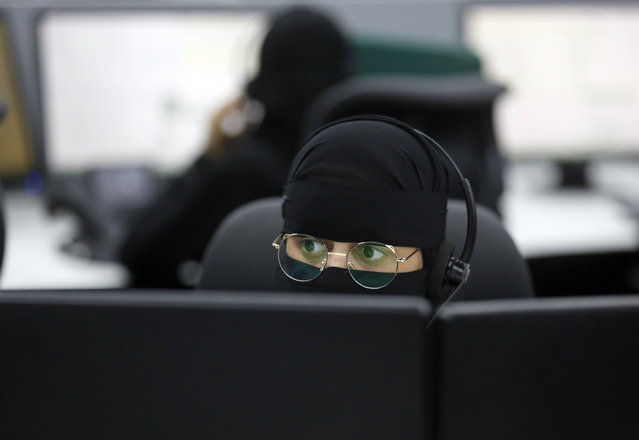 A Saudi police officer receives emergency calls at a call center, ahead of the Hajj pilgrimage in the Muslim holy city of Mecca, Saudi Arabia, Tuesday, August 6, 2019. The hajj occurs once a year during the Islamic lunar month of Dhul-Hijja, the 12th and final month of the Islamic calendar year. (Photo by Amr Nabil/AP Photo) 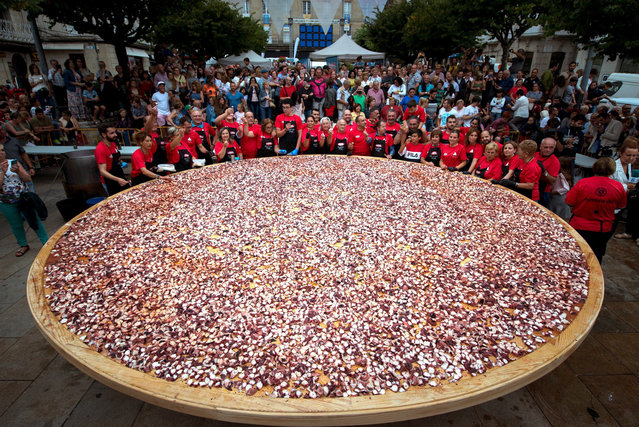 People prepare a giant octopus “tapa” to try to break a new world record in O Carballino in Galicia, northern Spain, 06 August 2019, on occasion of the celebration of the traditional octopus day on 11 August. (Photo by Brais Lorenzo/EPA/EFE) 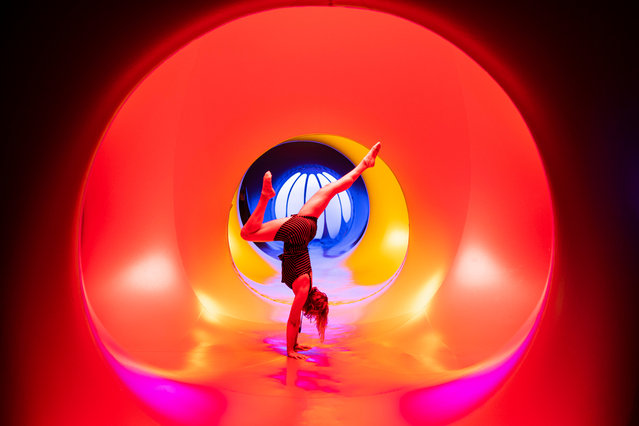 Visitor at the installation called Luminarium at the 27th Sziget (Island) Festival on Shipyard Island, Northern Budapest, Hungary, on the first day of the event, 07 August 2019. The festival is one of the biggest cultural events of Europe offering art exhibitions, theatrical and circus performances and above all music concerts in seven days. (Photo by Marton Monus/EPA/EFE) 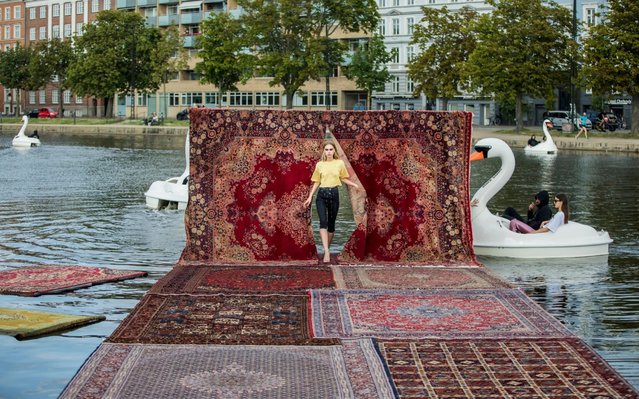