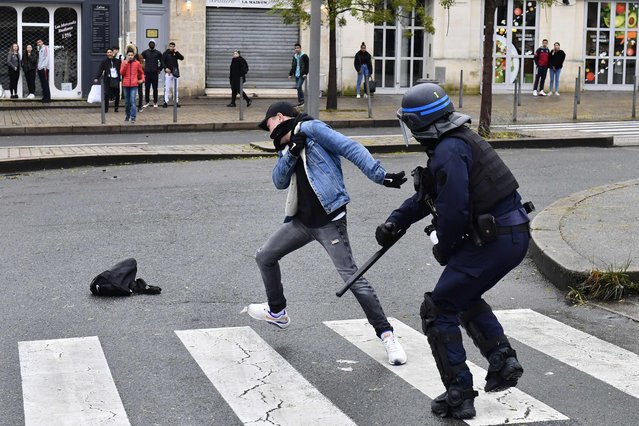 A high school student clashes with a riot police officer during a demonstration against French government Education reforms on December 3, 2018 in Bordeaux, southwestern France. (Photo by Nicolas Tucat/AFP Photo) 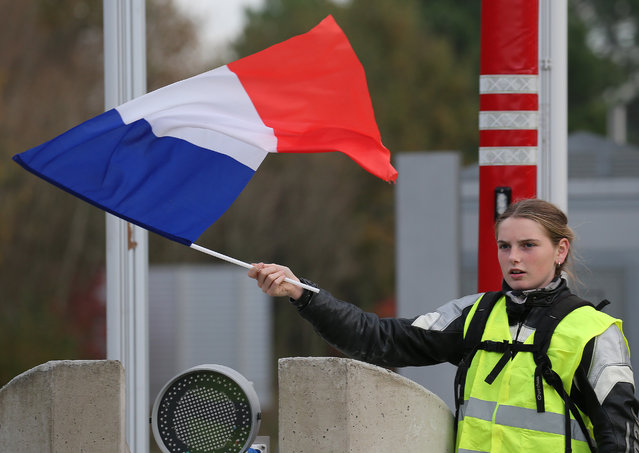 A demonstrator holds a french flag at the toll gates on a motorway at Biarritz southwestern France, Wednesday, December 5, 2018.T he concessions made by French president Emmanuel Macron's government in a bid to stop the huge and violent anti-government demonstrations seemed on Wednesday to have failed to convince protesters, with trade unions and disgruntled farmers now threatening to join the fray. (Photo by Bob Edme/AP Photo) 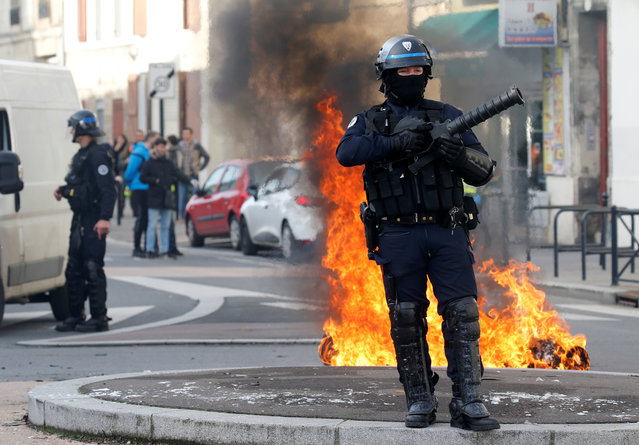 A French riot policeman stands next to a burning trash container as youth and students protest against reform plan in the streets of Bordeaux, France on December 5, 2018. (Photo by Regis Duvignau/Reuters) 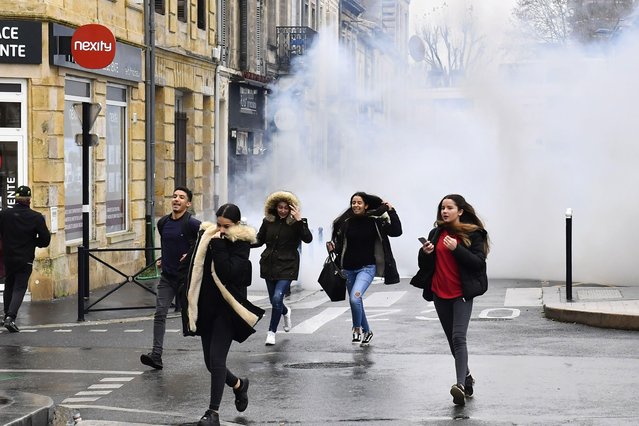 Members of Iraq's Rapid Response military unit take part in a “counter-terrorism” training at a military base inside Baghdad International Airport on December 4, 2018. The exercises are being held over a period of four months in cooperation with the Italian forces in Iraq. (Photo by Ahmad Al-Rubaye/AFP Photo) 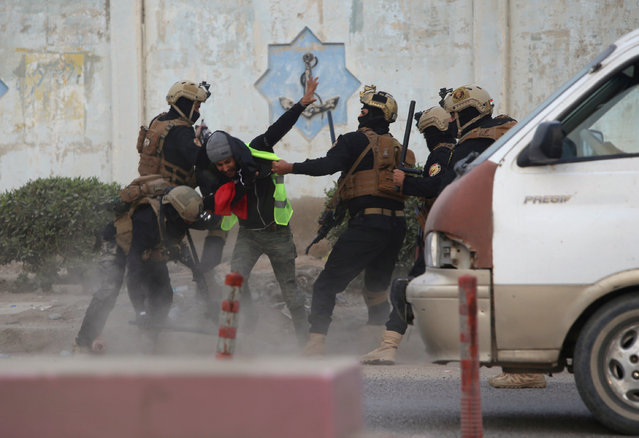 Iraqi security forces detain a demonstrator during an anti-government protest near the government building in Basra, Iraq on December 4, 2018. (Photo by Essam al-Sudani/Reuters) 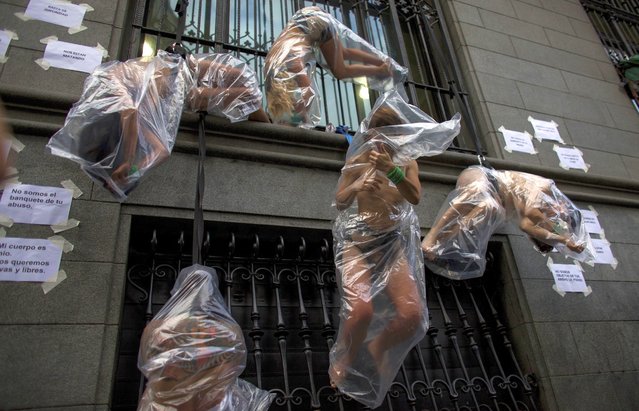 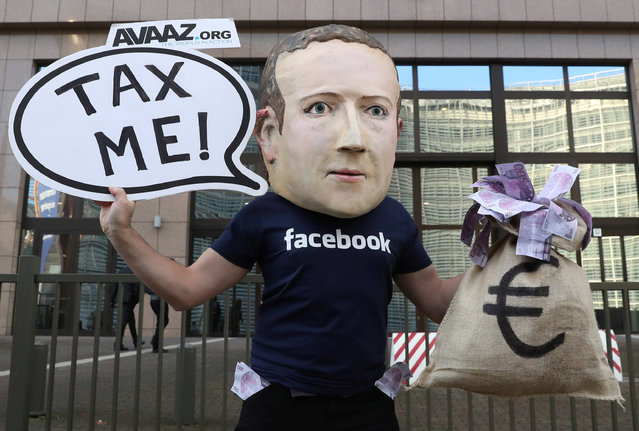 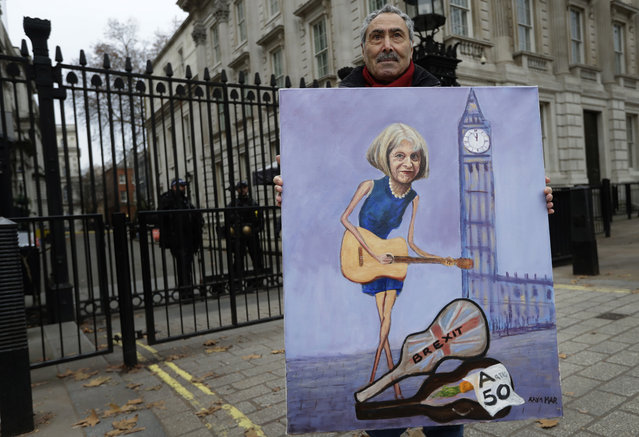 Artist Kaya Mar displays his painting of Theresa May in front of Downing Street in London, Tuesday, December 4, 2018. Britain's Prime Minister Theresa May is due to address Parliament Tuesday, opening five days of debate before a Dec. 11 vote on the divorce agreement. (Photo by Kirsty Wigglesworth/AP Photo) 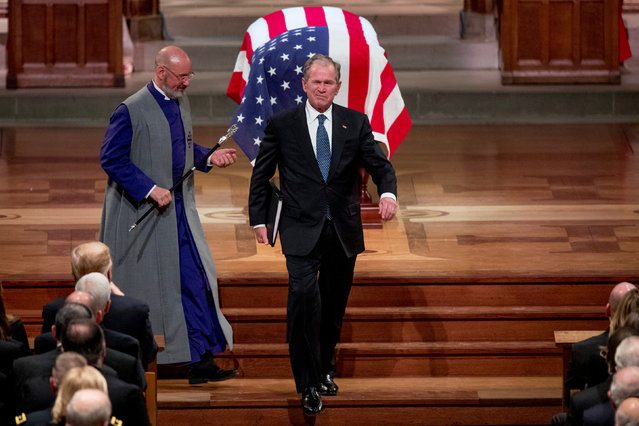 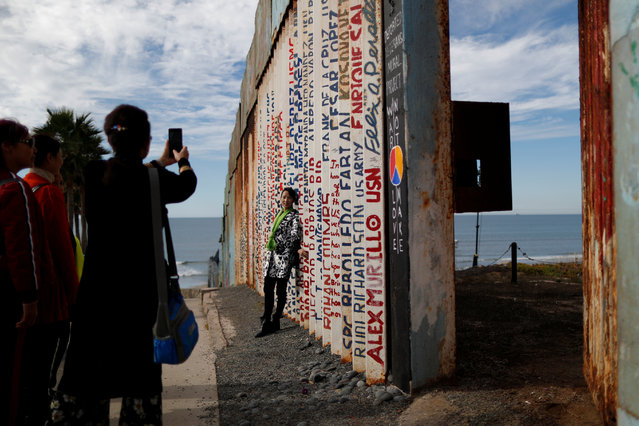 Chinese tourists pose for pictures next to the border wall as workers keep a door open while repairing it in Tijuana, Mexico on December 5, 2018. (Photo by Carlos Garcia Rawlins/Reuters) 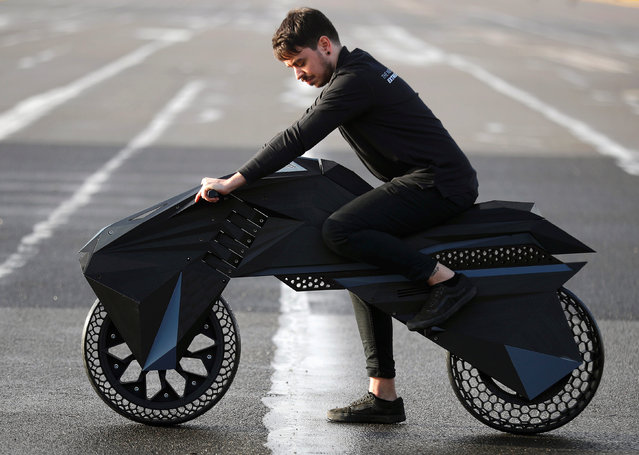 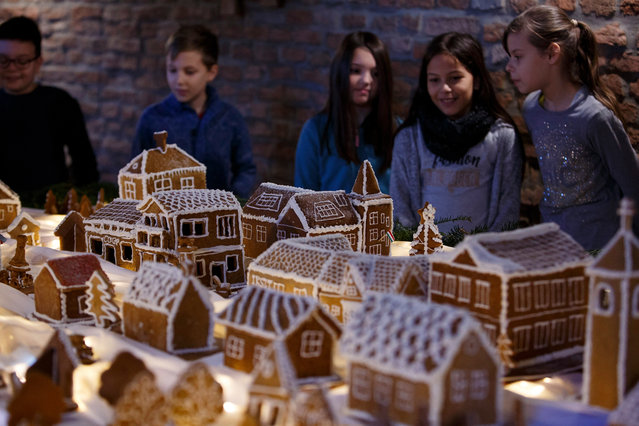 Visitors look at scale model of Szepetnek village made of gingerbread in Szepetnek, 220 kms southwest of Budapest, Hungary, 04 December 2018. The miniature gingerbread buildings created by using more than 20 kgs flour. The gingerbreads produced with traditional recipes are one of the sweet symbols of Christmas. (Photo by György Varga/EPA/EFE) 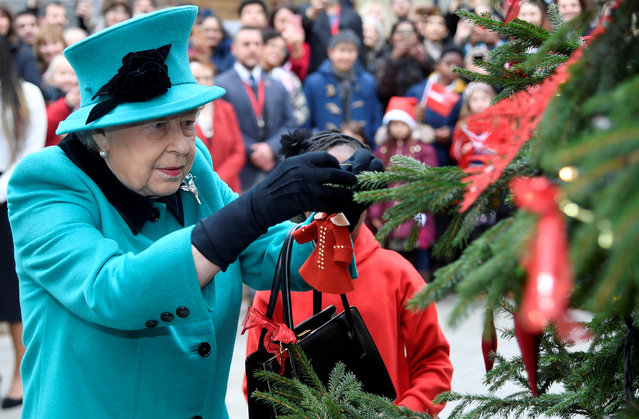 Britain's Queen Elizabeth and Shylah Gordon, aged 8, attach a bauble to a Christmas tree during a visit to children's charity Coram in London, Britain, December 5, 2018. (Photo by Toby Melville/Reuters) 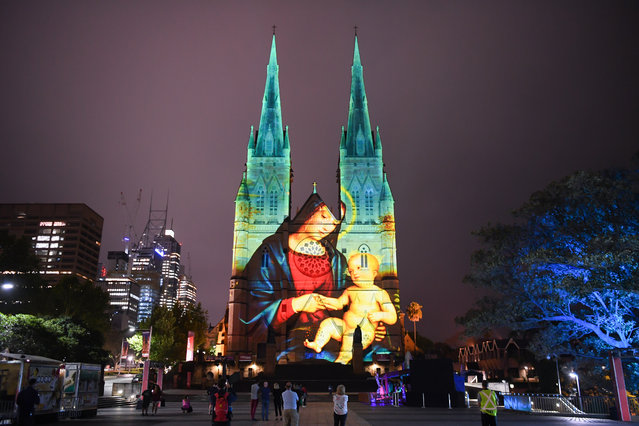 A projected image of the Madonna and Child during The Lights of Christmas Media Preview at St Mary's Cathedral on December 04, 2018 in Sydney, Australia. Now in its ninth year, this iconic free public light projection runs every day till Christmas including Christmas Day. (Photo by James D. Morgan/Getty Images) 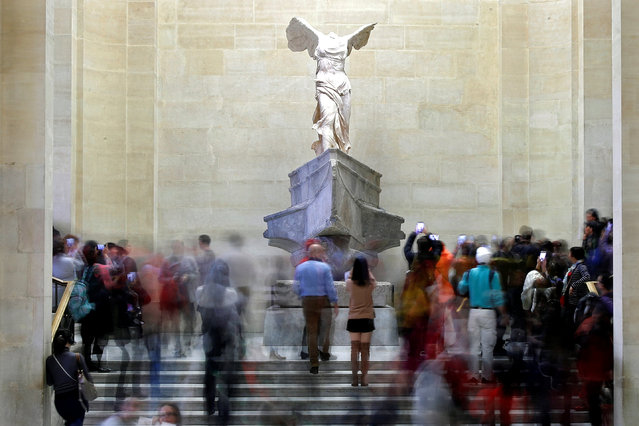