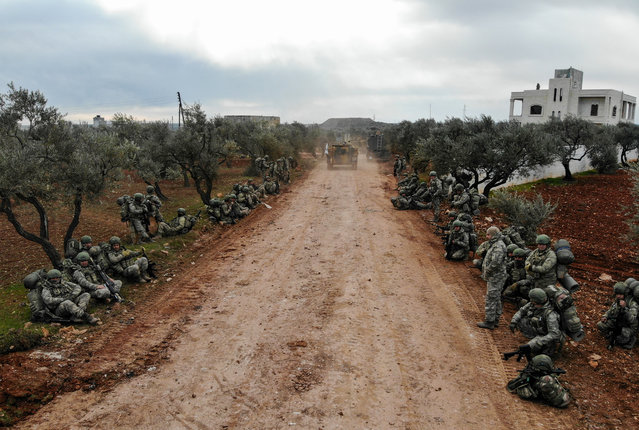 An aerial view shows Turkish soldiers gathering in the village of Qaminas, about 6 kilometres southeast of Idlib city in northwestern Syria on February 10, 2020. The Syrian army took control of a strategic northwestern crossroads town over the weekend, its latest gain in a weeks-long offensive against the country's last major rebel bastion of Idlib. The advance on Saraqeb came shortly after Turkey sent additional troops into the region and threatened to respond if its military observation posts in Idlib, set up under a 2018 truce, come under attack. (Photo by Omar Haj Kadour/AFP Photo) 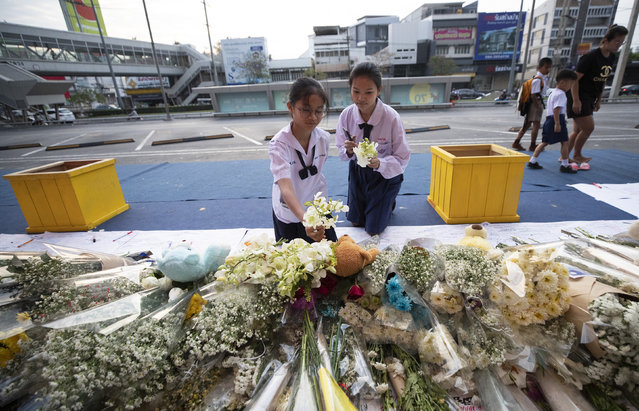 Students offer flowers at the scene of a deadly mass shooting outside the Terminal 21 shopping mall in Korat, Nakhon Ratchasima, Thailand Tuesday, February 11, 2020. A soldier carried out the country's worst mass shooting in an hourslong siege at the shopping mall. (Photo by Sakchai Lalit/AP Photo) 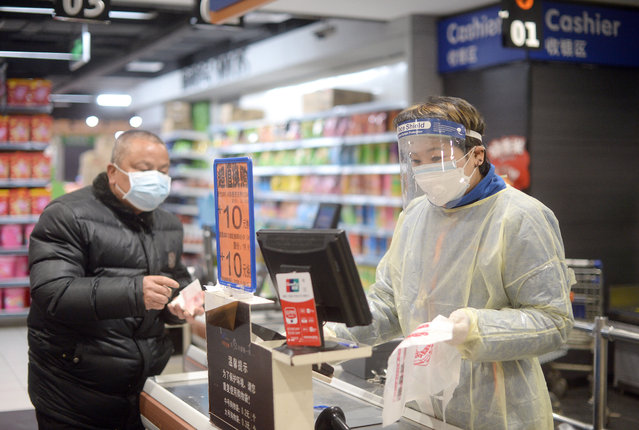 A cashier in a plastic gown works at the checkout of a supermarket in Wuhan, the epicenter of the novel coronavirus outbreak, in central China's Hubei province Monday, February 10, 2020. (Photo credit should read Feature China/Barcroft Media via Getty Images) 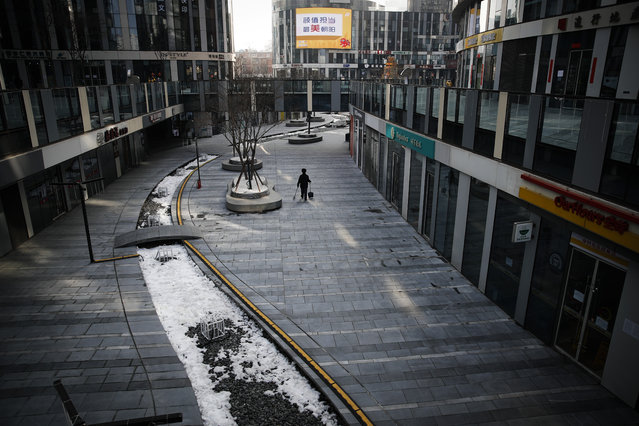 A cleaner walks through a deserted compound of a commercial office building in Beijing, Monday, February 10, 2020. China reported a rise in new virus cases on Monday, possibly denting optimism that its disease control measures like isolating major cities might be working, while Japan reported dozens of new cases aboard a quarantined cruise ship. (Photo by Andy Wong/AP Photo) 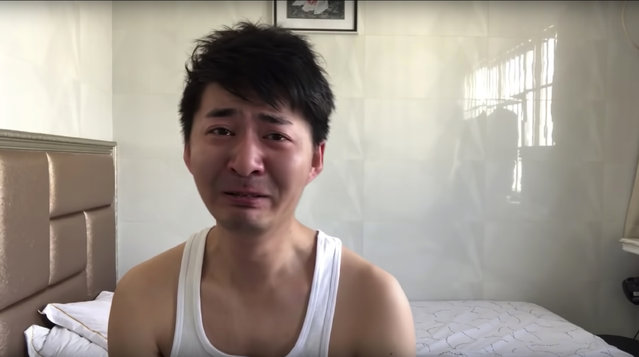 In this image from video taken February 4, 2020 and released by Chen Qiushi, Chinese citizen journalist Chen Qiushi speaks in front of a convention center-turned makeshift hospital amid a viral epidemic in Wuhan in central China's Hubei province. Armed with smart phones and social media accounts, Chen and other citizen journalists in China are telling stories from the deadly epidemic in their own words, defying the ruling Communist Party's monopoly on information. Chen disappeared last week after garnering millions of views online. (Photo by Courtesy of Chen Qiushi via AP Photo) 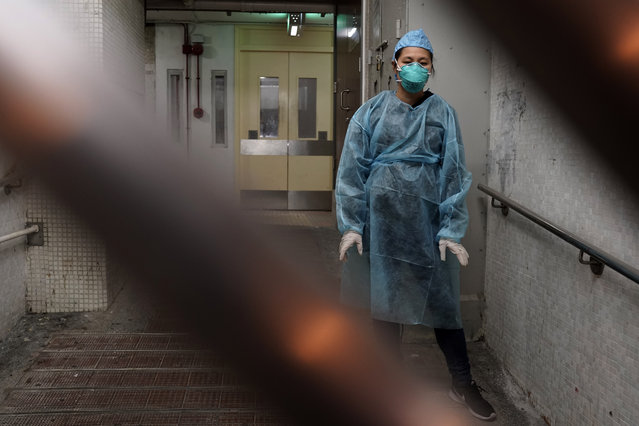 A personnel wearing protective suit waits near an entrance at the Cheung Hong Estate, a public housing estate during evacuation of residents in Hong Kong, Tuesday, February 11, 2020. The Centre for Health Protection of the Department of Health evacuated some residents from the public housing estate after two cases of novel coronavirus infection to stop the potential risk of further spread of the virus. (Photo by Kin Cheung/AP Photo) 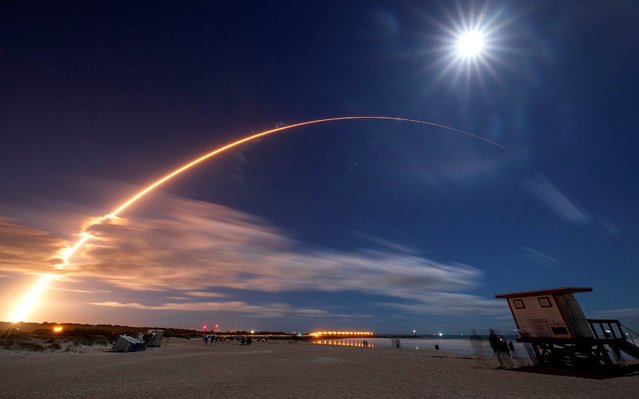 The Solar Orbiter spacecraft, built for NASA and the European Space Agency, lifts off from pad 41 aboard a United Launch Alliance Atlas V rocket as the full moon is seen above at the Cape Canaveral Air Force Station in Cape Canaveral, Florida, U.S., February 9, 2020. (Photo by Joe Rimkus Jr./Reuters) 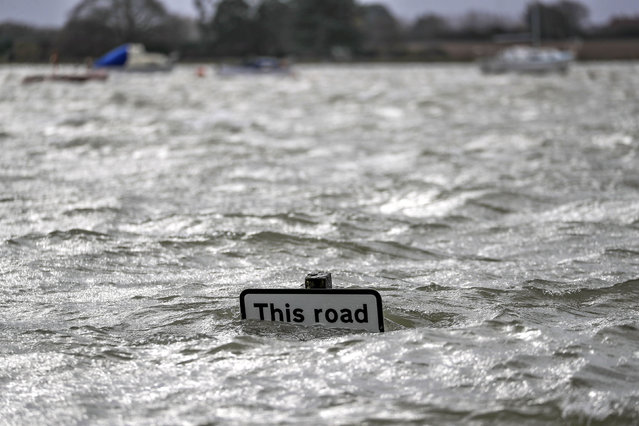 A street sign is seen under flood water in Bosham caused by the high tide, in England, Monday, February 10, 2020. Storm Ciara battered the U.K. and northern Europe with hurricane-force winds and heavy rains Sunday, halting flights and trains and producing heaving seas that closed down ports. Propelled by the fierce winds, a British Airways plane was thought to have made the fastest New York-to-London flight by a conventional airliner. (Photo by Steve Parsons/PA Wire via AP Photo) 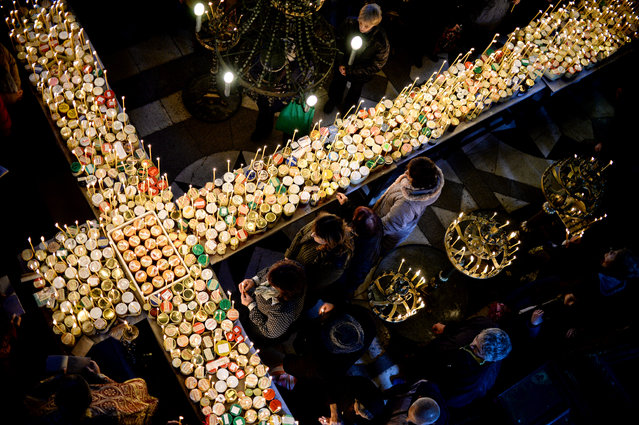 Bulgarian Orthodox faithful light candles attached to jars of honey during a holy mass for the “sanctification of honey” at the Presentation of the Blessed Virgin church in the town of Blagoevgrad, Bulgaria, 10 February 2020. Honey and beehives are sanctified by performing rituals for health and prosperity. On St. Haralambos' Day, who according to tradition is the lord of all illnesses, sick or blind people go to church and pray for healing. Housework is strictly forbidden on that day over fears of any illness, with women being only allowed to bake traditional bread for the occasion. The honey is then consecrated at the local church and then all the bread is coated with that honey. The rest of it will be kept as a remedy at home. (Photo by Borislav Troshev/EPA/EFE) 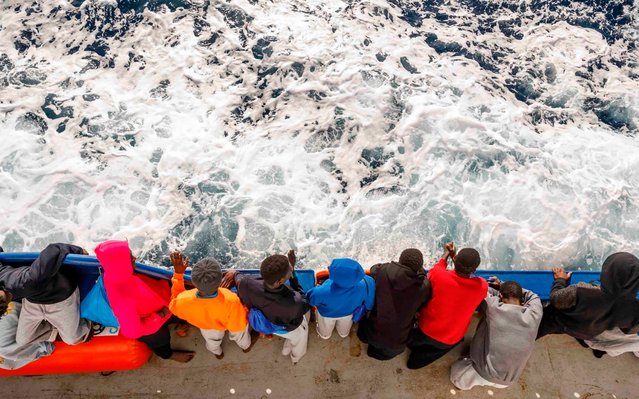 A group of migrants travel on board the Spanish NGO Maydayterraneo's Aita Mari rescue boat on February 10, 2020, one day after their rescue off the Libyan coast. 93 migrants (16 women, 40 men and 37 minors) from Mali, Ivory Coast and Cameroon yesterday were rescued by the Spanish NGO Maydayterraneo Search & Rescue in the central Mediterranean off the Libyan coast. (Photo by Pablo Garcia/AFP Photo) 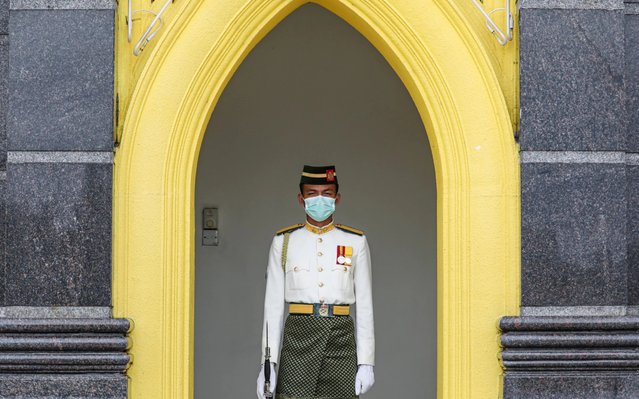 A Malaysian Royal Guard wears a protective mask while he stands guard outside National Palace, following the outbreak of a new coronavirus in China, in Kuala Lumpur, Malaysia, February 10, 2020. (Photo by Lim Huey Teng/Reuters) 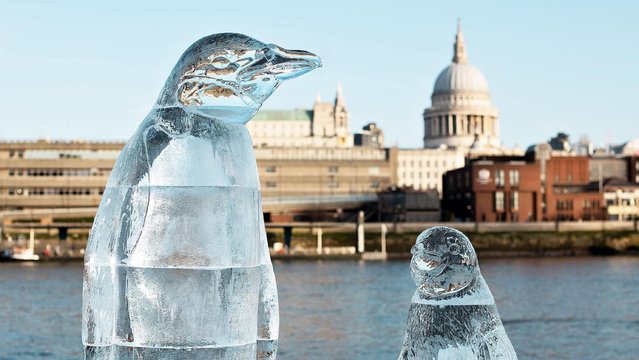 Penguin ice sculptures appeared on the shore of the Thames in London, England on February 10, 2020. This is part of a Greenpeace campaign for global awareness to protect the oceans and marine life. (Photo by David Mirzoeff/PA Wire Press Association) 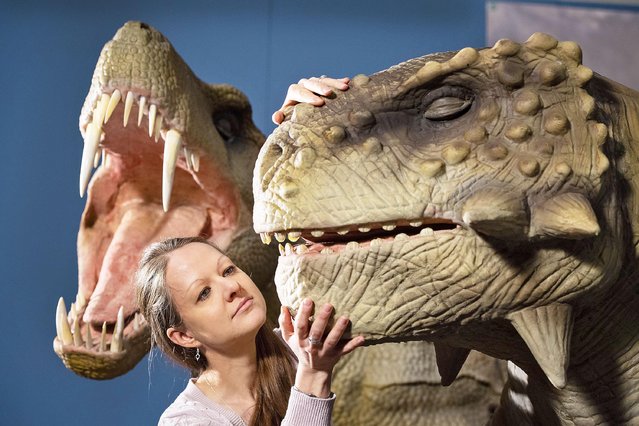 Deputy Keeper of Natural History Dr Emma Nicholls views animatronic models of a Inostrancevia (left) and a Scutosaurus (right), during the preview for the Horniman Museum's “Permian Monsters: Life Before the Dinosaurs” exhibition in south London on February 10, 2020. (Photo by Dominic Lipinski/PA Images via Getty Images) 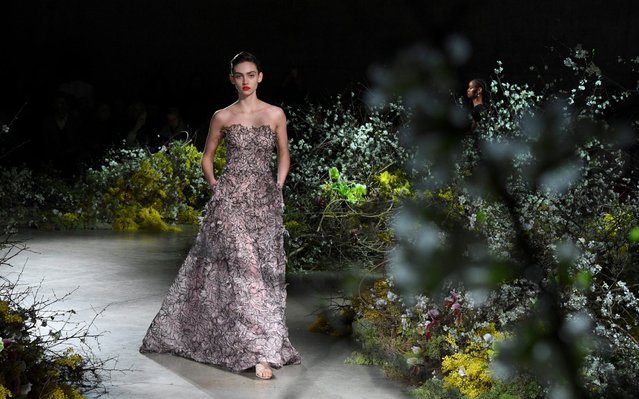 A model walks the runway for the Jason Wu Collection during February 2020 – New York Fashion Week: The Shows at Skylight Modern on February 09, 2020 in New York City. (Photo by Dimitrios Kambouris/Getty Images) 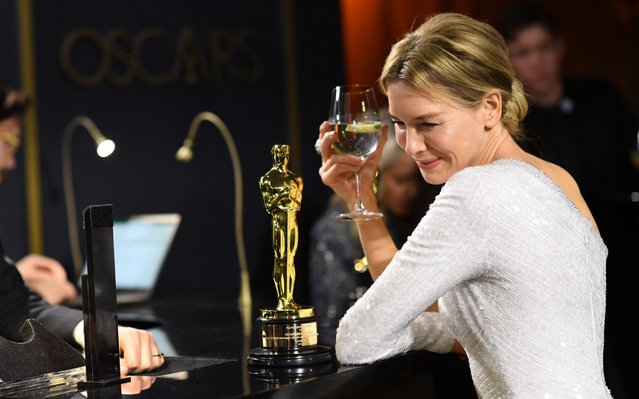 US actress Renee Zellweger waits for her award for Best Actress in a Leading Role for “Judy” to be engraved as she attends the 92nd Oscars Governors Ball at the Hollywood & Highland Center in Hollywood, California on February 9, 2020. (Photo by Valerie Macon/AFP Photo)
Edit Del
12 Feb 2020 00:07:00, post received 0 comments
Publication archive:
←   →
Popular tags:
All tags
Last searches: