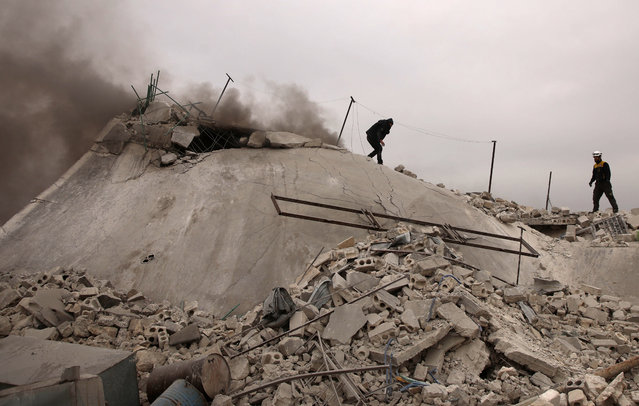 Rescue workers known as the White Helmet search for victims amidst the rubble of a house that was destroyed during a pro-regime forces airstrike in the western countryside of Aleppo on February 12, 2020. Syrian regime forces today pushed on with their offensive in the country's northwest, securing areas along a key national highway they seized, as tensions spiralled with Turkey which supports rebel groups. (Photo by Aaref Watad/AFP Photo) 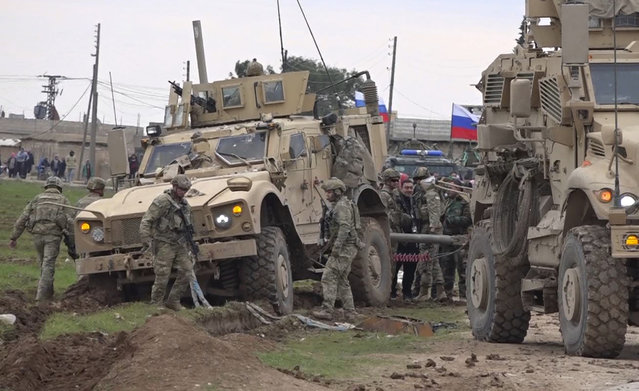 In this frame grab from video, Russian, Syrian and others gather next to an American military convoy stuck in the village of Khirbet Ammu, east of Qamishli city, Syria, Wednesday, February 12, 2020. Syrian media and activists say a Syrian was killed and another wounded in a rare clash between American troops and a group of government supporters in northeast Syria. (Photo by AP Photo/Stringer) 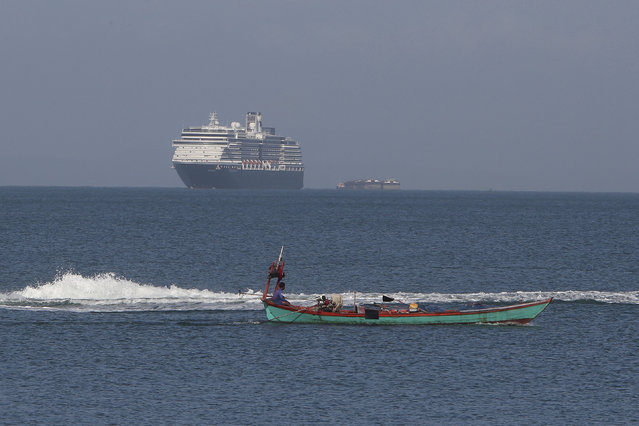 The MS Westerdam, owned by Holland America Line, sails off a port of Sihanoukville, Cambodia, Thursday, February 13, 2020. Holland America Line said the ship has been turned away by the Philippines, Taiwan, Japan and Thailand, though its operator said no cases of the disease have been confirmed among the more than 2,200 passengers and crew. (Photo by Heng Sinith/AP Photo) 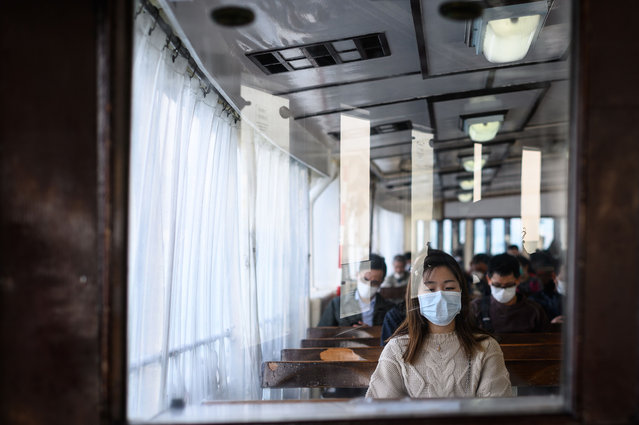 Passengers wear face masks, as a preventative measure against the COVID-19 coronavirus, as they travel on a ferry from Hong Kong island to Koloon side of Hong Kong on February 12, 2020. The death toll from the COVID-19 coronavirus epidemic climbed past 1,100 on February 12 but the number of new cases fell for a second straight day, raising hope the outbreak could peak later this month. (Photo by Philip Fong/AFP Photo) 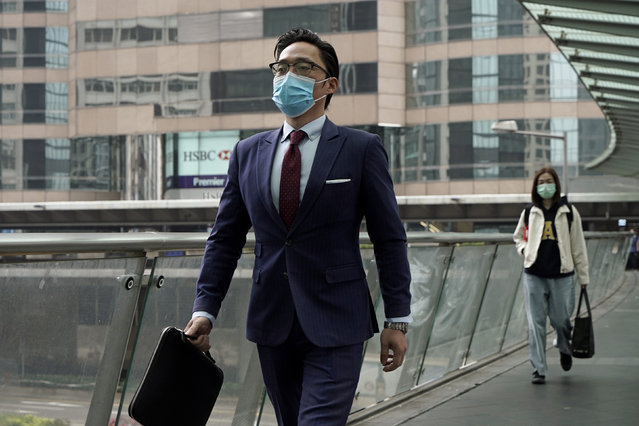 A man wearing protective face mask, walks on a street in the Central, the business district in Hong Kong, Wednesday, February 12, 2020. China on Wednesday reported another drop in the number of new cases of a viral infection and 97 more deaths, pushing the total dead past 1,100 even as the country remains largely closed down to prevent the spread of the disease. (Photo by Kin Cheung/AP Photo) 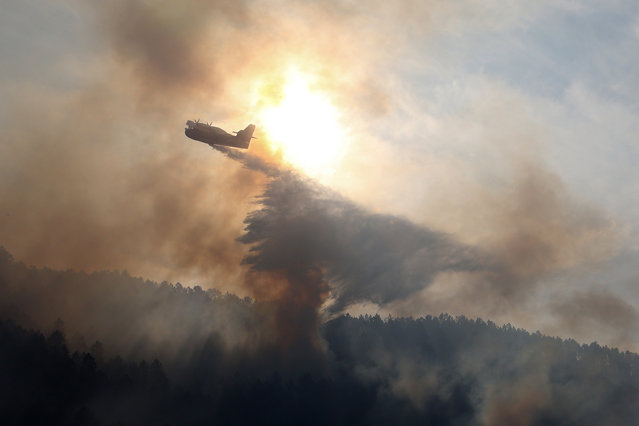 A canadair bomber plane drops water onto a blaze along the l'Arone Pass in the Bavella mountains (Bavella Needles) in Quenza on the French Mediterranean Island of Corsica, after strong winds from storm Ciara caused wildfires to spread on the island, on February 12, 2020. (Photo by Pascal Pochard-Casabianca/AFP Photo) Opposition leader Juan Guaido waves to supporters during a rally at Bolivar Plaza in Chacao, Venezuela, Tuesday, February 11, 2020. Guaido returned home from a tour of nations that back his effort to oust socialist leader Nicolas Maduro. (Photo by Ariana Cubillos/AP Photo) 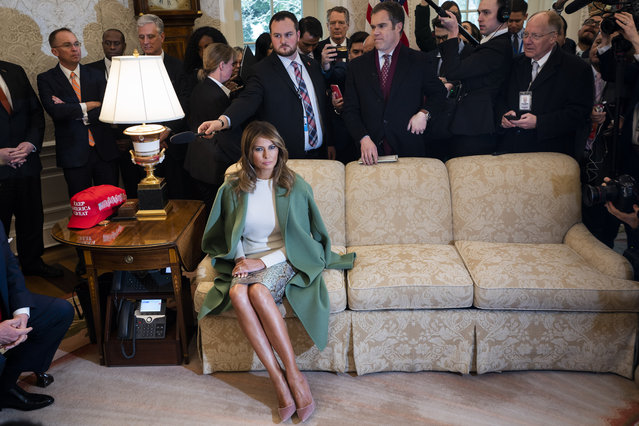 First Lady Melania Trump listens to US President Donald Trump and Ecuadorian President Lenin Moreno (not pictured) speak to the media in the Oval Office of the White House in Washington DC, US on February 12, 2020. (Photo by Rex Features/Shutterstock) 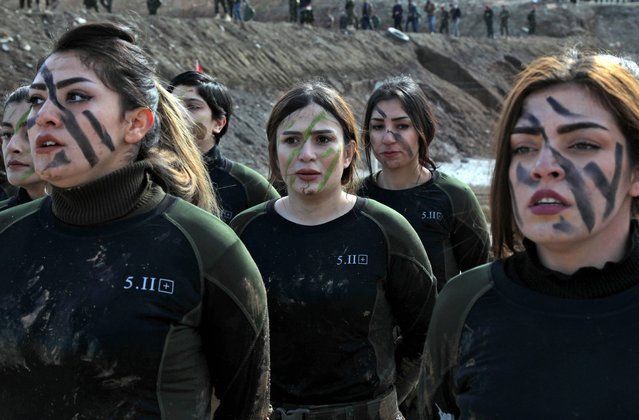 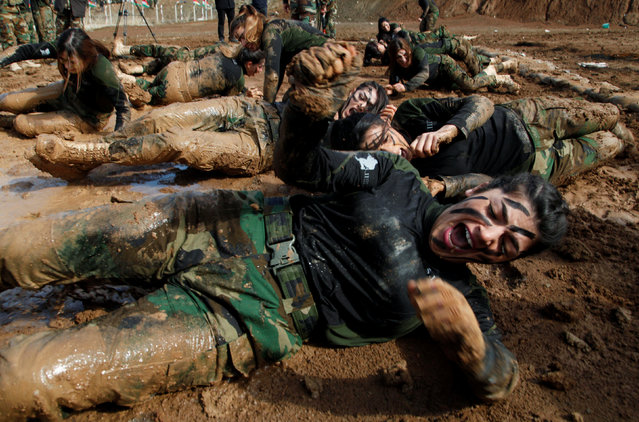 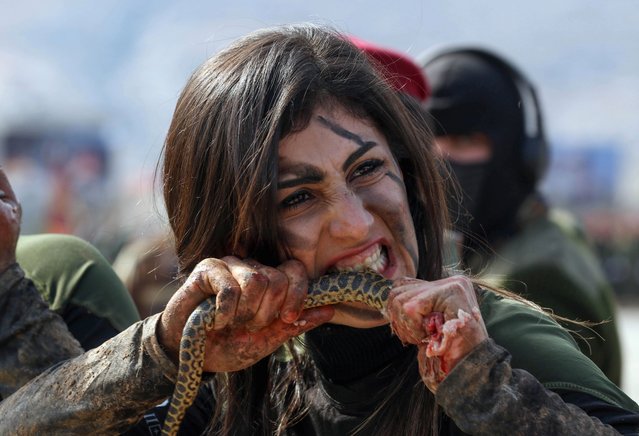 An Iraqi Kurdish Peshmerga female officer bites a snake while demonstrating skills during a graduation ceremony in the Kurdish town of Soran, about 100 kilometres northeast of the capital of Iraq's autonomous Kurdish region Arbil, on February 12, 2020. (Photo by Safin Hamed/AFP Photo) 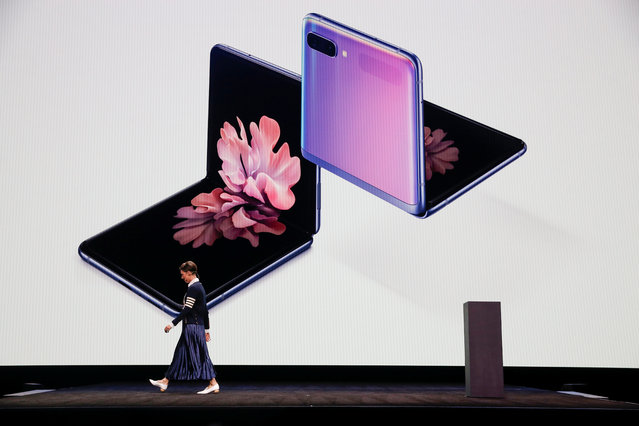 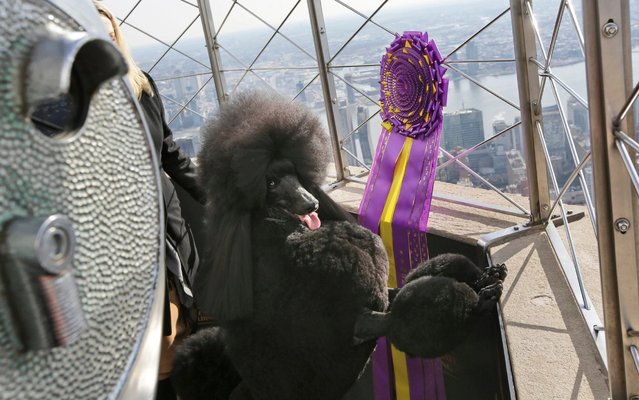