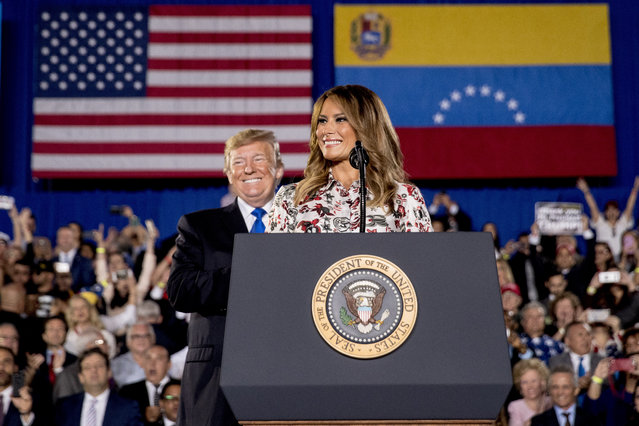 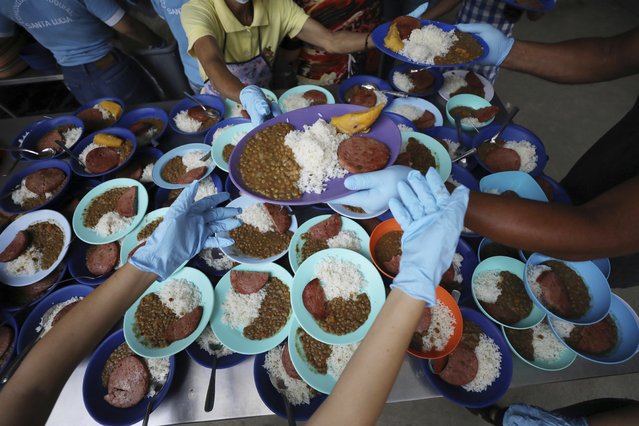 Volunteers prep free lunch plates with lentils, a slice of bologna, rice and a piece of plantain at the “Divina Providencia” migrant shelter in La Parada, near Cucuta, Colombia, on the border with Venezuela, Monday, February 18, 2019. The director of the shelter says they serve about 4,500 lunches per day, mostly to Venezuelan migrants, everyday of the week with the exception of Sunday. (Photo by Fernando Vergara/AP Photo) 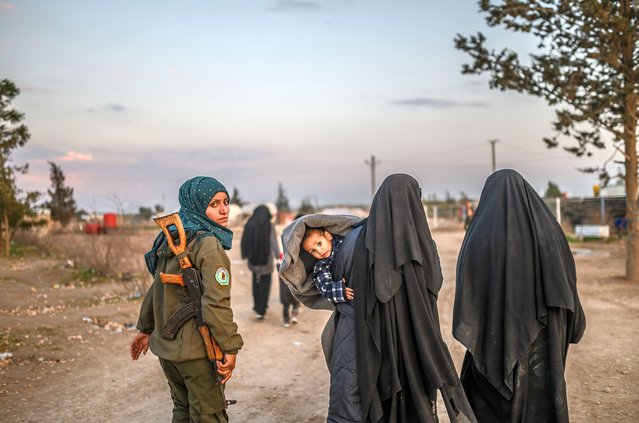 Veiled women, reportedly wives and members of the Islamic Stine, walk under the supervision of a female fighter from the Syrian Democrinic Forces (SDF) at al-Hol camp in al-Hasakeh governorate in northeastern Syria on February 17, 2019. (Photo by Bulent Kilic/AFP Photo) 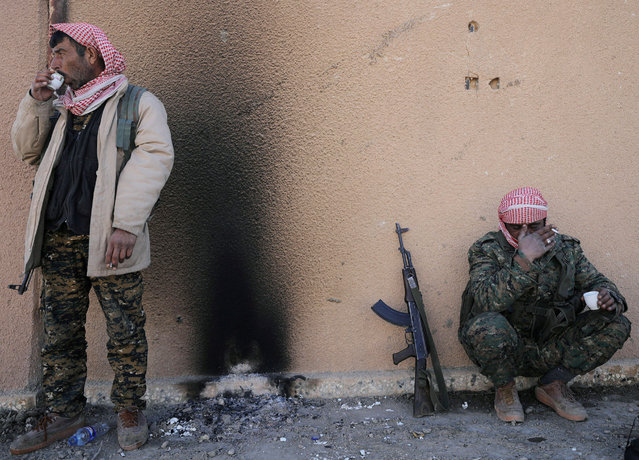 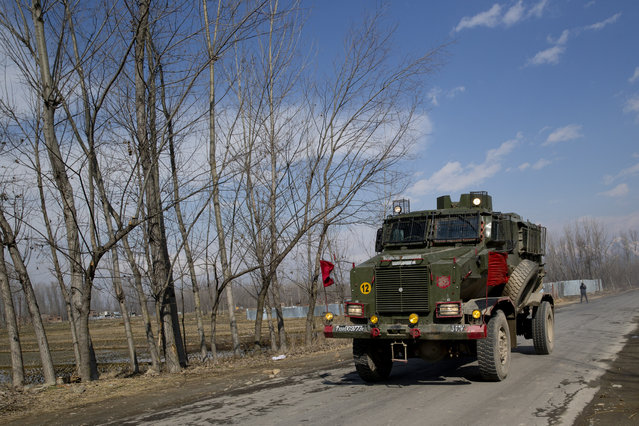 An Indian army armored vehicle rushes towards the site of a gun battle in Pulwama, south of Srinagar, Indian controlled Kashmir, Monday, February 18, 2019. Tensions continued to rise in the aftermath of a suicide attack in disputed Kashmir, with seven people killed Monday in a gunbattle that broke out as Indian soldiers scoured the area for militants. (Photo by Dar Yasin/AP Photo) 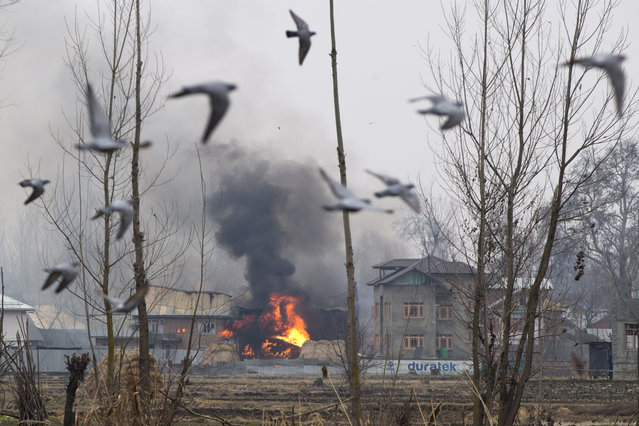 Flames and smoke billows from a residential building where militants are suspected to have taken refuge during a gun battle in Pulwama, south of Srinagar, Indian controlled Kashmir, Monday, February 18, 2019. (Photo by Dar Yasin/AP Photo) 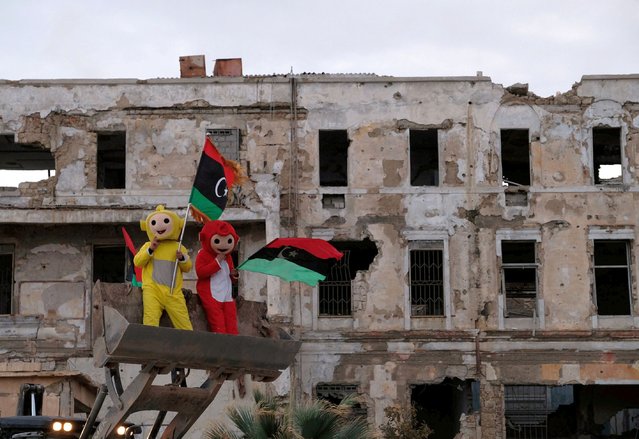 Boys wear costumes and carry Libyan flags during a celebration of the eighth anniversary of the revolution, in Benghazi, Libya on February 17, 2019. (Photo by Esam Omran Al-Fetori/Reuters) 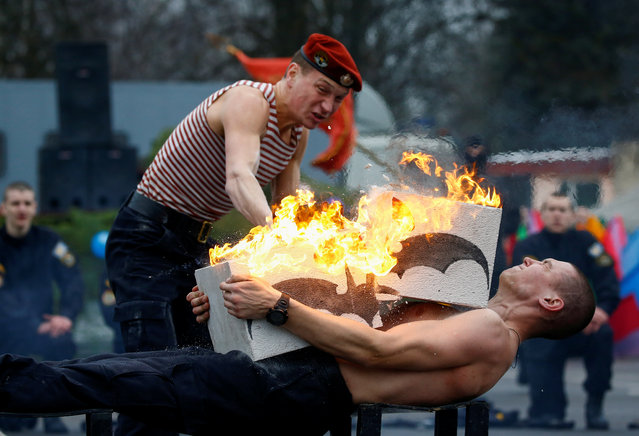 Servicemen of the Belarusian Interior Ministry's special forces unit perform as they take part in event “Winter fun” at their base in Minsk, Belarus February 17, 2019. (Photo by Vasily Fedosenko/Reuters)

Frontier soldiers attend a drill in minus 16 degrees Celsius on February 18, 2019 in Ngari Prefecture, Tibet Autonomous Region of China. (Photo by Liu Xiaodong/VCG via Getty Images) 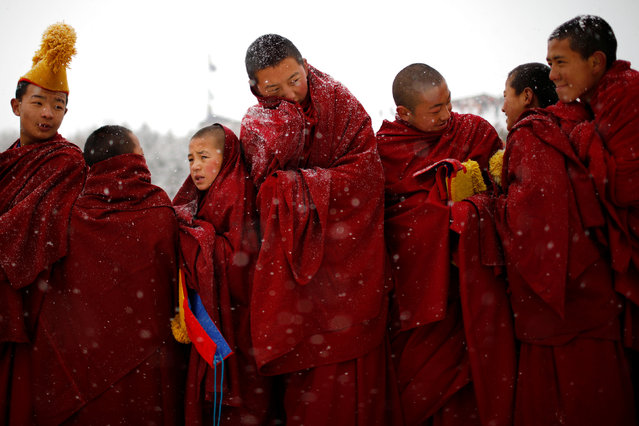 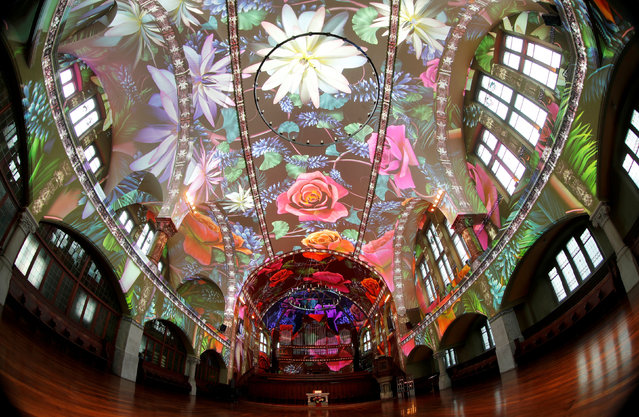 A light projection shows the “Genesis” multimedia project at the St. Jakob-Kirche in Zurich, Switzerland, February 17, 2019. (Photo by Arnd Wiegmann/Reuters) 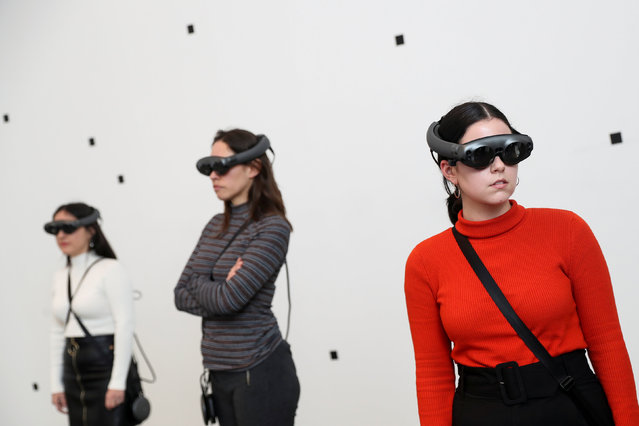 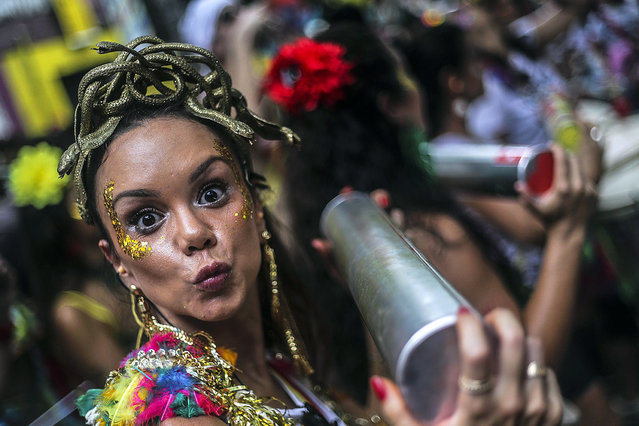 A reveler attends the “Volta, Alice” celebrations before Rio Carnival, in Rio de Janeiro, Brazil, 17 February 2019. The Carnival in Rio de Janeiro runs from 02 to 09 March 2019. (Photo by António Lacerda/EPA/EFE) 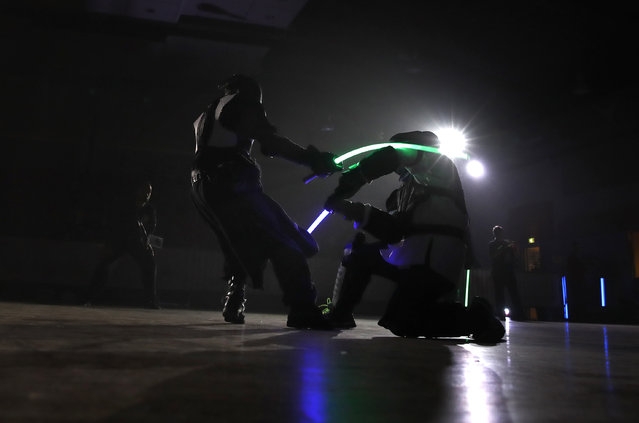 In this Sunday, February 10, 2019, photo, competitors battle during a national lightsaber tournament in Beaumont-sur-Oise, north of Paris. (Photo by Christophe Ena/AP Photo) 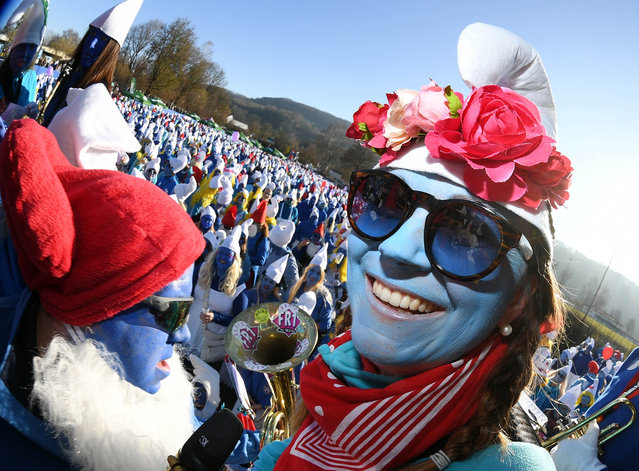 At a world record for the largest smurf meeting in the world, a participant dressed as a smurf looks into the photographer's camera in Baden-Wuerttemberg, Lauchringen, Germany on February 16, 2019. A new world record was set at the meeting with 2762 participants. The previous record of 2510 set in Wales in 2009 was thus surpassed. (Photo by Uli Deck/dpa/Picture Alliance via Getty Images) 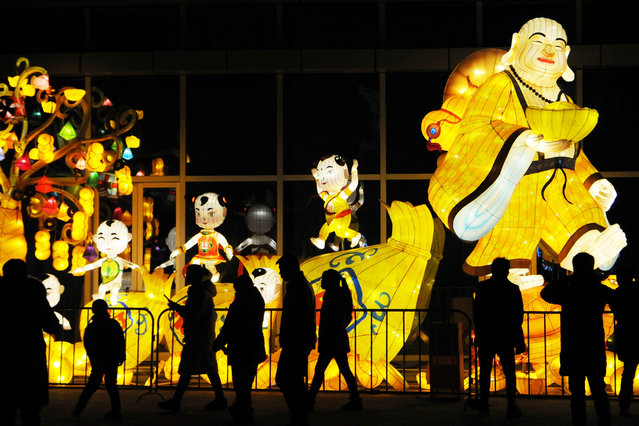 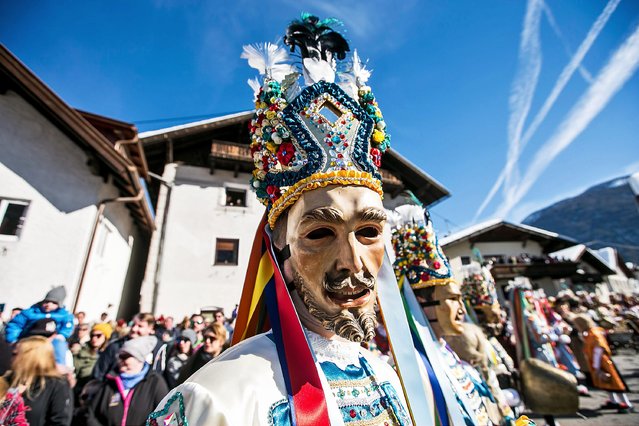 Participants wearing brightly-colored costumes and painted, wooden masks participate in the “Nassereither Schellerlaufen” parade to chase away winter on February 17, 2019 in Nassereith near Telfs, Austria. The event dates back 270 years, only occurs every three years and is part of Shrove Tuesday tradition common across the Alemannic region of western Tyrol, Switzerland, Alsace and southwestern Germany. Shrove Tuesday, called Fasnacht in German, is celebrated with similar parades throughout the region in the weeks before the actual Shrove Tuesday date, which this year is March 5. (Photo by Jan Hetfleisch/Getty Images)
Edit Del
19 Feb 2019 10:49:00, post received 0 comments
Publication archive:
←   →
Popular tags:
All tags
Last searches: