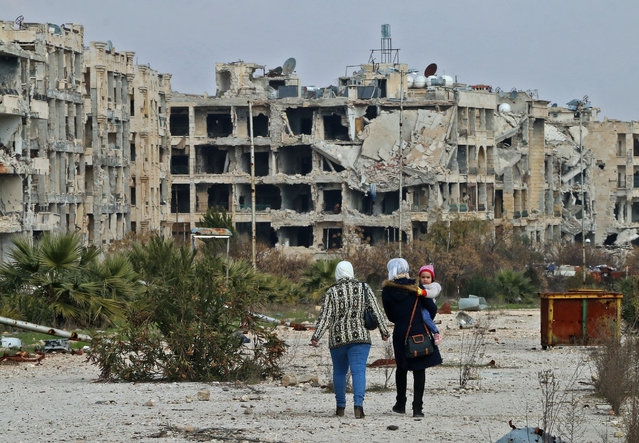 Residents of a suburban neighbourhood on the edge of the northern Syrian city of Aleppo, facing Kafr Hamra, return to their homes to check the damage caused by fighting between regime forces and rebel fighters, on February 18, 2020. Syrian troops pressed an offensive today on the country's last major rebel enclave where the mass displacement of civilians is sparking fears of a humanitarian catastrophe. Around 900,000 people have been forced from their homes and shelters in less than three months, leaving huge numbers to sleep rough in the thick of winter. (Photo by AFP Photo/Stringer) 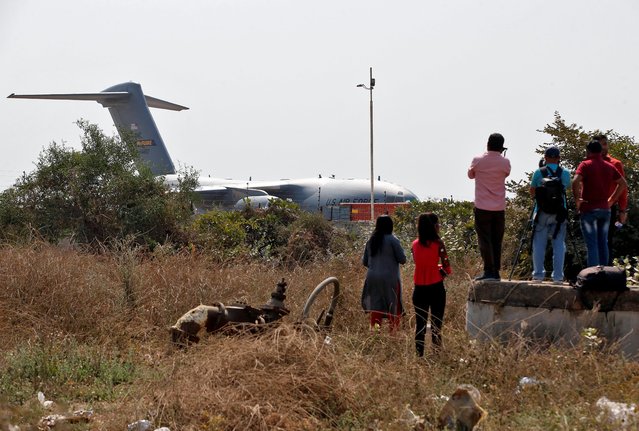 Members of the media film a U.S. cargo aircraft carrying a vehicle and other supplies after its landing at Sardar Vallabhbhai Patel International Airport, ahead of the President Donald Trump's visit to India, in Ahmedabad, February 17, 2020. (Photo by Amit Dave/Reuters) 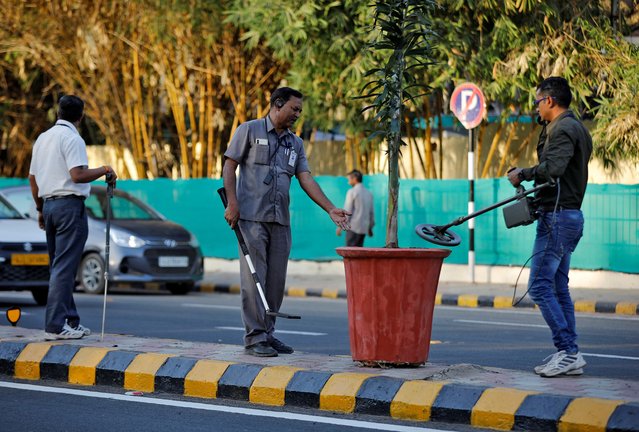 Members of a bomb disposal squad from Gujarat Police scan a plant pot on a road divider along a route that U.S. President Donald Trump and India's Prime Minister Narendra Modi will be taking during Trump's upcoming visit, in Ahmedabad, February 18, 2020. (Photo by Amit Dave/Reuters) 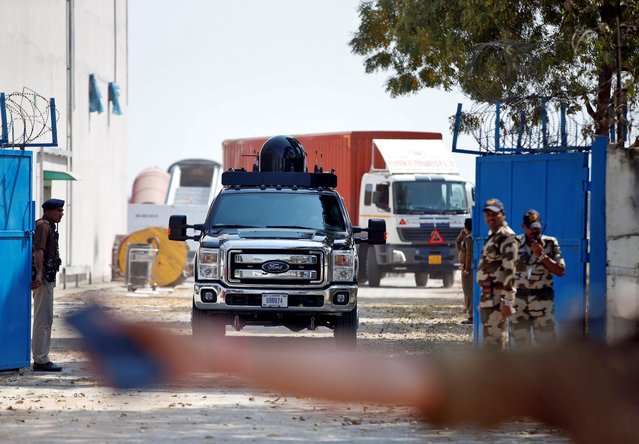 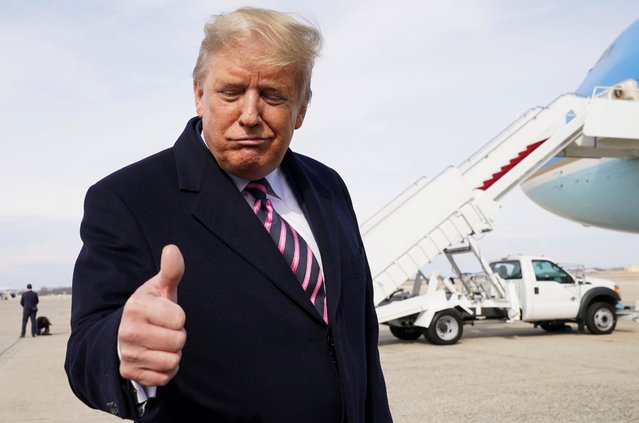 U.S. President Donald Trump gestures to reporters as he departs Washington for campaign travel to California from Joint Base Andrews in Maryland, U.S., February 18, 2020. (Photo by Kevin Lamarque/Reuters) 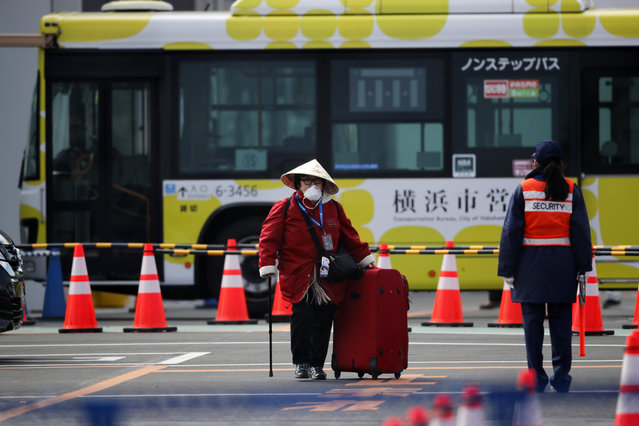 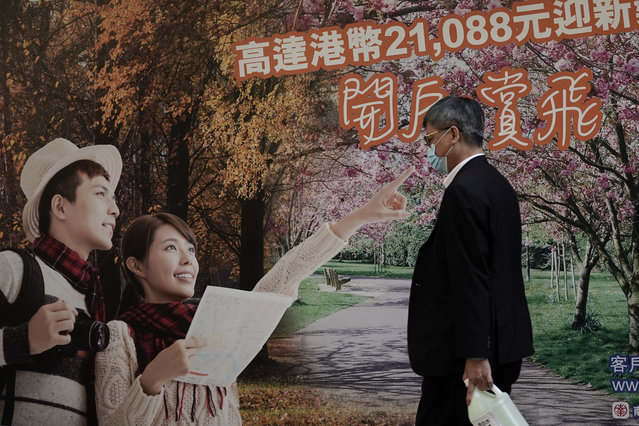 A man wearing a mask, walks past an advertisement for a bank in Hong Kong, Tuesday, February 18, 2020. Hong Kong leader Carrie Lam on Tuesday said there is uncertainty around the effort to repatriate some 350 Hong Kong citizens from a quarantined cruise ship docked in Yokohama, a port city near Tokyo. The ship has the largest number of cases of the new virus that emerged in China late last year. (Photo by Kin Cheung/AP Photo) 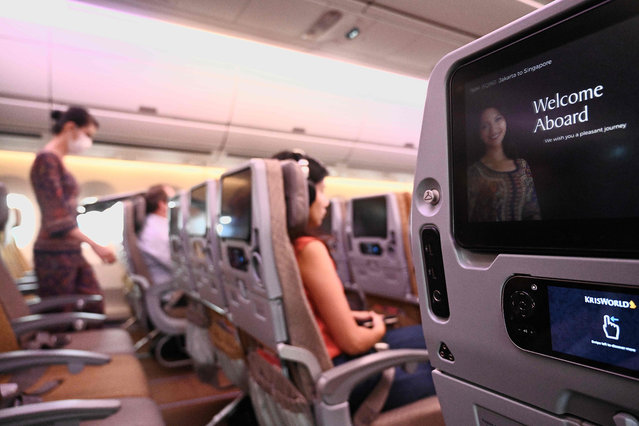 A row of empty seats (L) are seen on board a Singapore Airlines flight to Singapore from Jakarta International Airport, before the aircraft's departure from the Indonesian capital on February 18, 2020. Singapore unveiled 4.6 billion USD in financial packages on February 18 to deal with the impact of the deadly coronavirus outbreak, which has battered the city-state's economy and sparked fears of a recession. Tourism and trade are both expected to be hard hit by the virus in Singapore, an open economy with close links to China that is badly affected during any global shock. (Photo by Goh Chai Hin/AFP Photo) 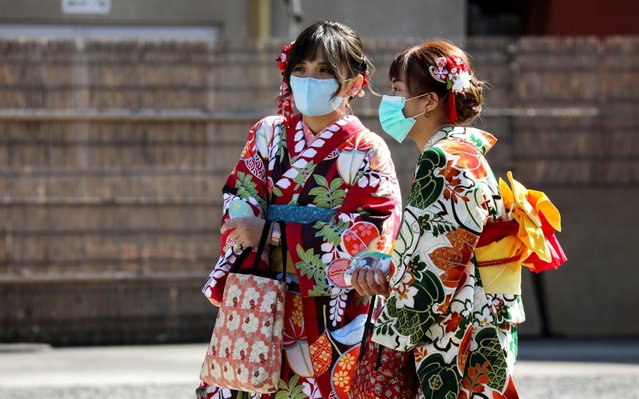 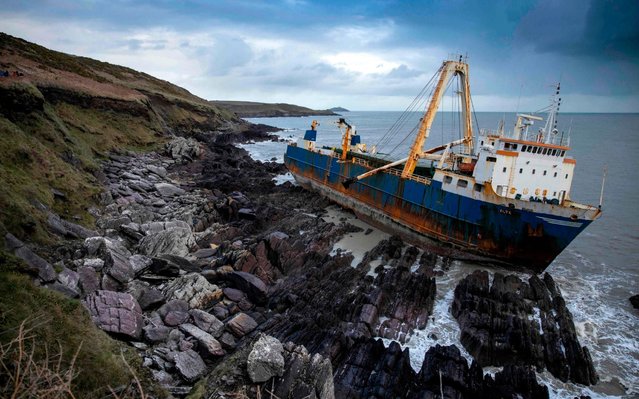 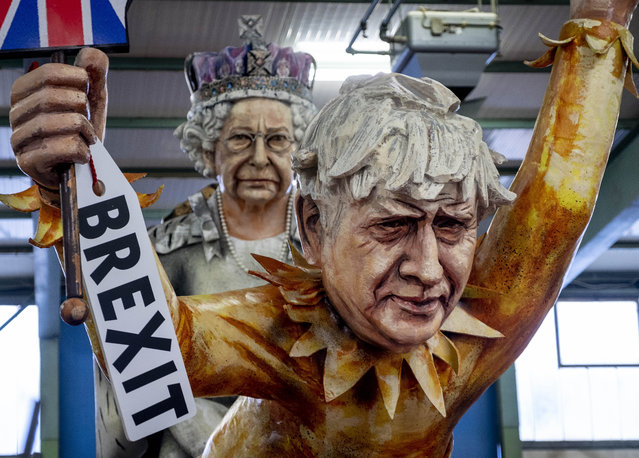 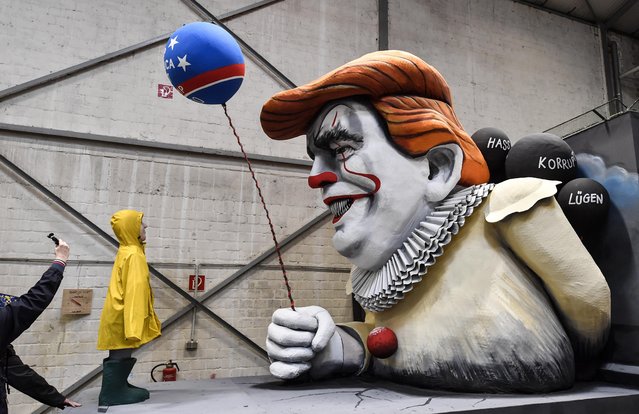 A man takes a picture of a satiric carnival float depicting US President Donald Trump as horror clown Pennywise during a preview in a hall in Cologne, Germany, Tuesday, February 18, 2020. The traditional carnival parades on Rosemonday make fun of politics and are watched by hundreds of thousands in the streets of Cologne, Duesseldorf and Mainz. (Photo by Martin Meissner/AP Photo) 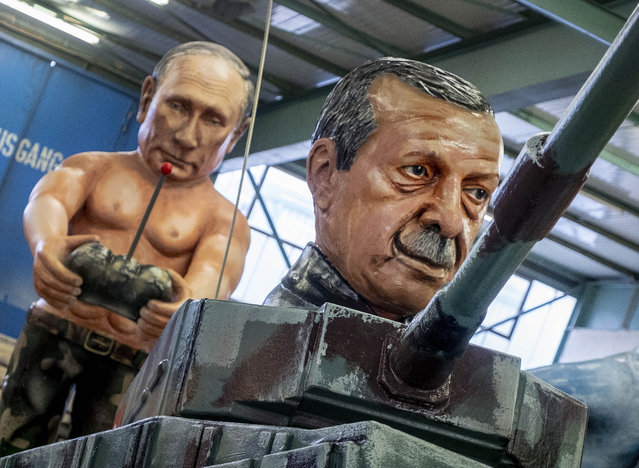 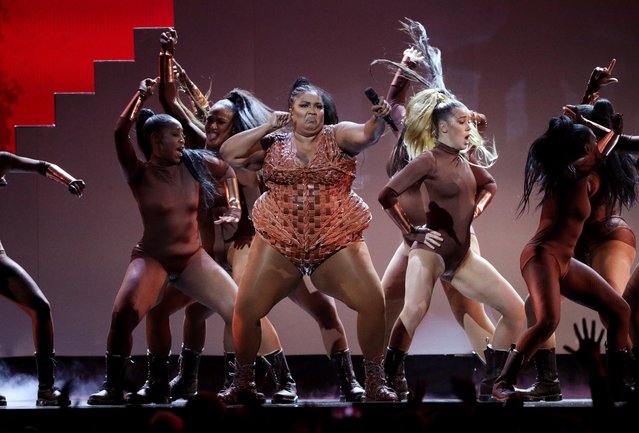 Lizzo performs at the Brit Awards at the O2 Arena in London, Britain, February 18, 2020. (Photo by Hannah Mckay/Reuters) 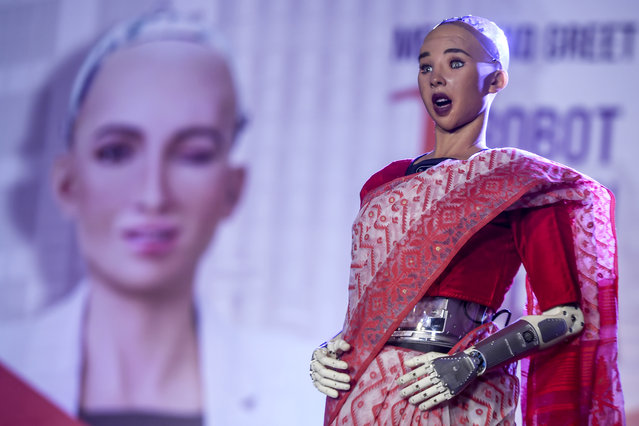 The humanoid robot Sophia, developed by Hong Kong based company Hanson Robotics, appears on stage in front of students and other professionals during a meeting session organised about artificial intelligence in Kolkata on February 18, 2020. (Photo by Dibyangshu Sarkar/AFP Photo) 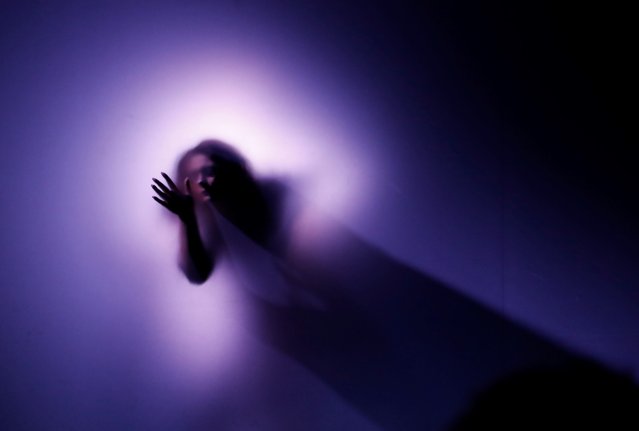 Artists of the Kote Marjanishvili Theater ensemble perform during a dress rehearsal of the of Leo Tolstoy novella “The Kreutzer Sonata” directed by Levan Tsuladze and Temur Kuprava, in Tbilisi, Georgia, 17 February 2020. The production will have its premiere on 18 February 2020. (Photo by Zurab Kurtsikidze/EPA/EFE)
Edit Del
20 Feb 2020 00:07:00, post received 0 comments
Publication archive:
←   →
Popular tags:
All tags
Last searches: