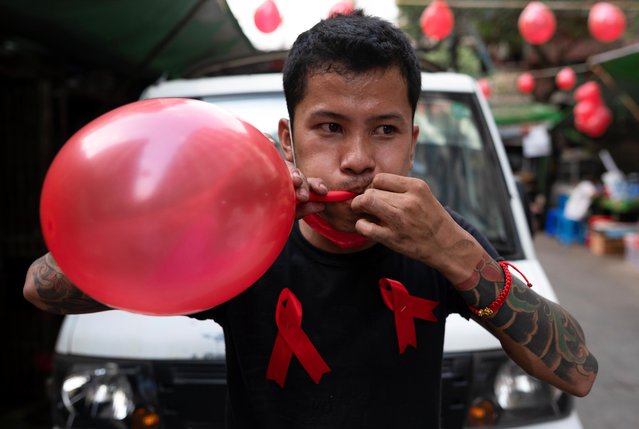 A man wearing red ribbons inflates a balloon as he takes part in a campaign against the military coup in Yangon, Myanmar on February 5, 2021. (Photo by Reuters/Stringer) 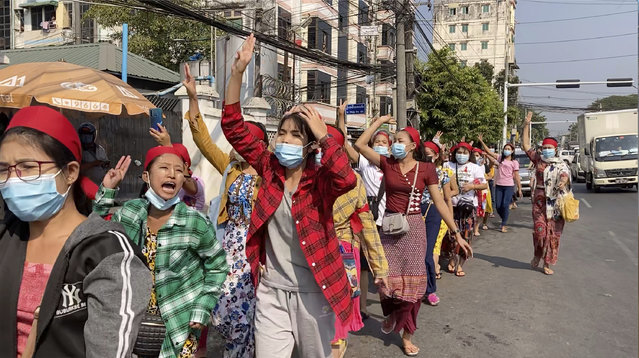 In this image made from video, protesters flash the three-fingered salute while they march Saturday, February 6, 2021, in Yangon, Myanmar. The military authorities in charge of Myanmar broadened a ban on social media following this week’s coup, shutting access to Twitter and Instagram, while street protests continued to expand Saturday as people gathered again to show their opposition to the army takeover. (Photo by AP Photo/Stringer) 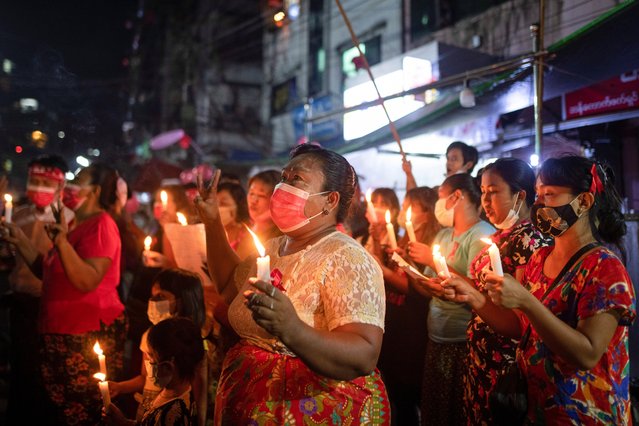 Women wearing red ribbons hold candles during a night protest against the military coup in Yangon, Myanmar on February 5, 2021. (Photo by Reuters/Stringer) 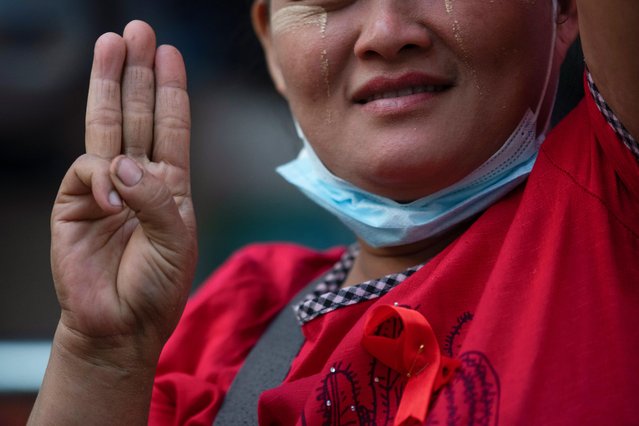 A vendor wearing a red ribbon flashes the three-finger salute as she takes part in a campaign against the military coup in Yangon, Myanmar on February 5, 2021. (Photo by Reuters/Stringer) 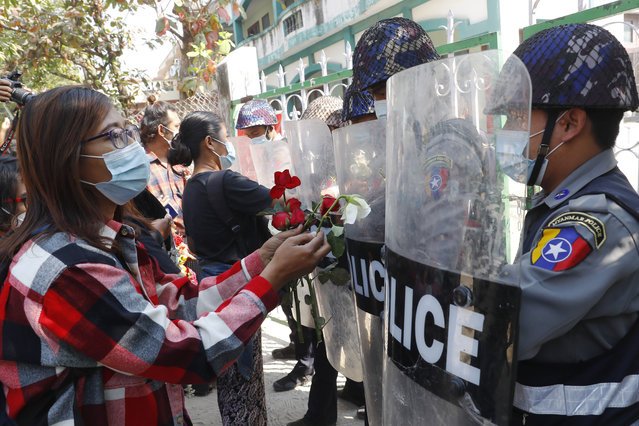 Supporters give roses to police while four arrested activists make a court appearance in Mandalay, Myanmar, Friday, February 5, 2021. Hundreds of students and teachers have taken to Myanmar's streets to demand the military hand power back to elected politicians, as resistance to a coup swelled with demonstrations in several parts of the country. (Photo by AP Photo/Stringer) 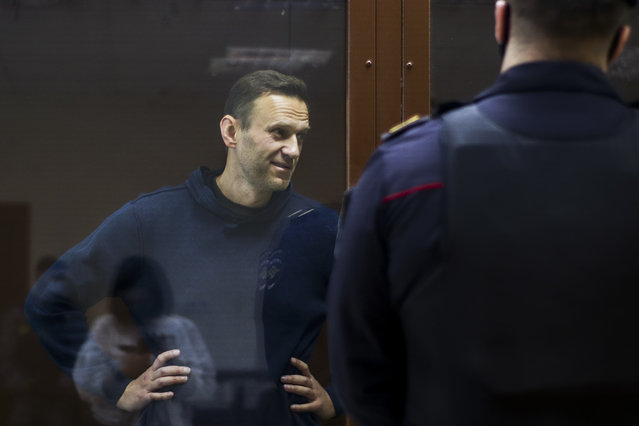 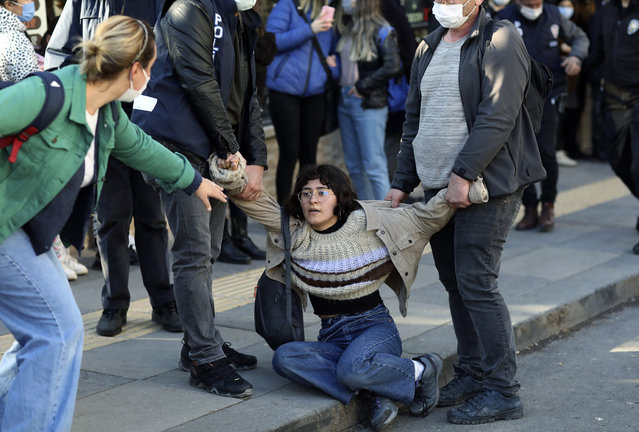 A woman reacts as riot police officers detain a student during a protest, in Ankara, Turkey, Friday, February 5, 2021. Students and faculty members at Bogazici University have been staging demonstrations in protest of President Recep Tayyip Erdogan's Jan. 1 appointment of an academic with links to his ruling party, as rector. (Photo by Burhan Ozbilici/AP Photo) 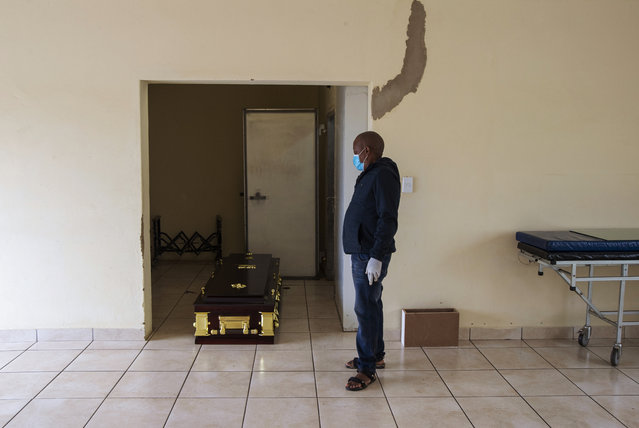 A mortuary worker stands next to a coffin carrying the body of a person who died of COVID-19 ahead of a funeral home in Vereeniging, east of Johannesburg, South Africa, Saturday, February 6, 2021. (Photo by Themba Hadebe/AP Photo) 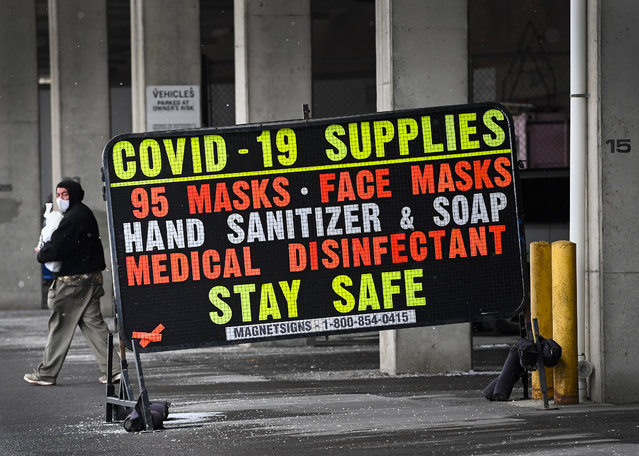 A man walks past a COVID-19 retail supplies sign during the COVID-19 pandemic in Toronto, Friday, February 5, 2021. (Photo by Nathan Denette/The Canadian Press via AP Photo) 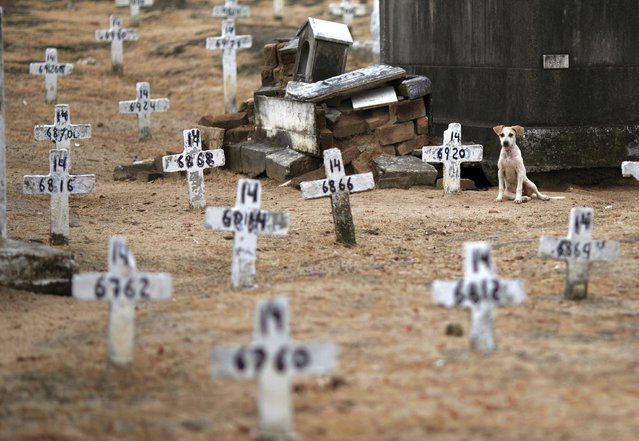 A dog sits next to numbered crosses at the Iraja cemetery, where many COVID-19 victims are buried in Rio de Janeiro, Brazil, Friday, February 5, 2021. (Photo by Silvia Izquierdo/AP Photo) 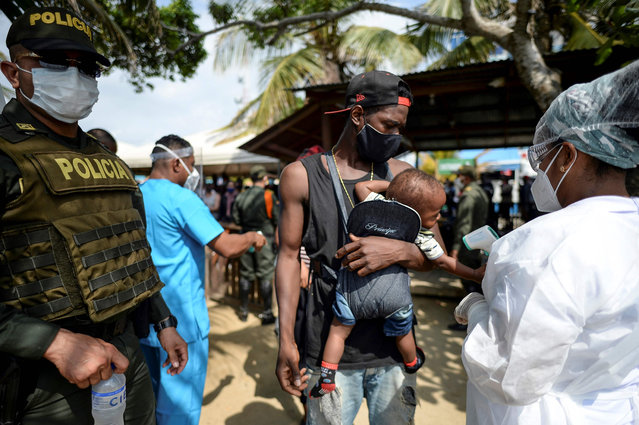 Colombian health workers controls the temperature of migrants from Haiti, Cuba and several African nations before getting on a boat to travel from Necocli to Capurgana, both at the Caribbean Gulf of Uraba, northwestern Colombia, to try to cross illegally to Panama, in Colombia, on February 4, 2021. For weeks, about 800 Caribbean and African migrants were stranded by the pandemic in the tourist port of Necocli, border area between Colombia and Panama. (Photo by Raul Arboleda/AFP Photo) 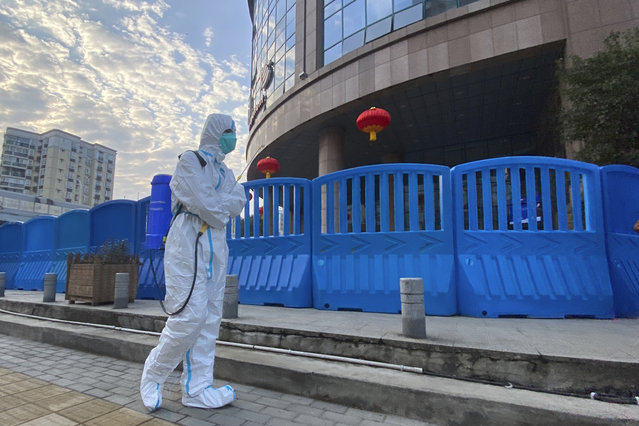 A worker in protectively overalls and disinfecting equipment walks outside the Wuhan Central Hospital where Li Wenliang, the whistleblower doctor who sounded the alarm and was reprimanded by local police for it in the early days of Wuhan's pandemic, worked in Wuhan in central China's Hubei province on Saturday, February 6, 2021. Dr. Li Wenliang died in the early hours of Feb. 7 from the virus first detected in this Chinese city. A small stream of people marked the anniversary at the hospital. The 34-year-old became a beloved figure and a potent symbol in China after it was revealed that he was one the whistleblowers who authorities had punished early for “spreading rumors” about a SARS-like virus. (Photo by Ng Han Guan/AP Photo) 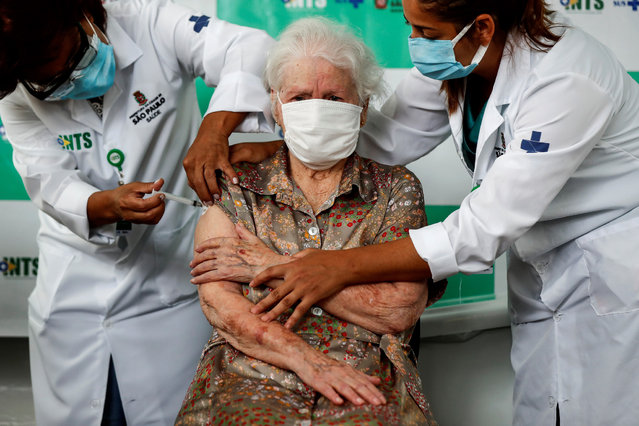 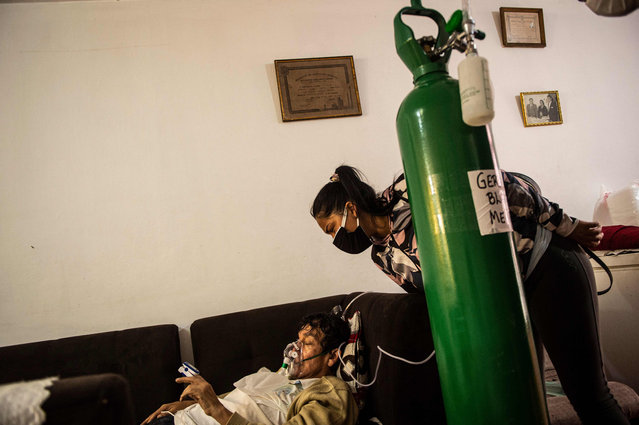 German Blanco's daughter July, 30, checks on her father as he lies on a couch in the living room connected to an oxygen tank at his home in Callao, Peru on February 4, 2021. In Peru, with a population of 33 million and more than 1.14 million people infected, daily deaths duplicated to more than a hundred at the end of January. Since May, the country has been facing a shortage of medical oxygen which has led hundreds of inhabitants to queue for up to 72 hours, sleeping in the streets, to buy this gas which the government has declared a “strategic resource”. (Photo by Ernesto Benavides/AFP Photo) 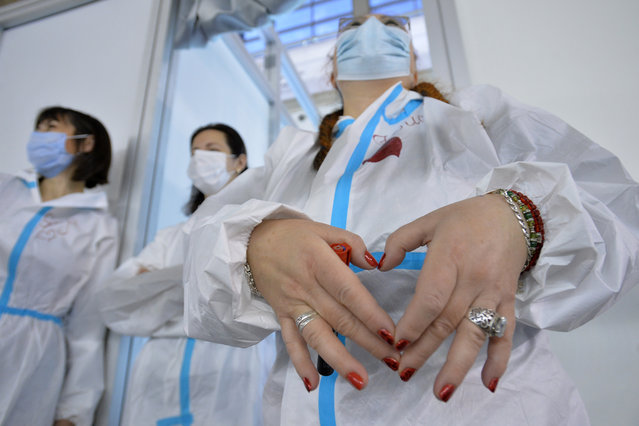 Medical staff in Belgrade, Serbia on February 5, 2021. Vaccination of employees in the city's social protection institutions has begun at the Belgrade Fair, who have expressed interest in receiving the Russian Sputnik V vaccine, and according to the city secretary for social protection Natasa Stanisavljevic, about 150 employees in those institutions will receive the vaccine today and tomorrow. (Photo by Zoran Zestic/Tanjug) 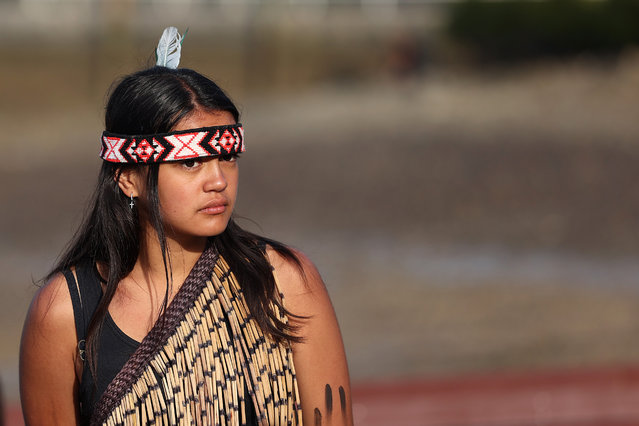 A girl waits to board the waka at the waka camp on February 06, 2021 in Waitangi, New Zealand. The Waitangi Day national holiday celebrates the signing of the treaty of Waitangi on February 6, 1840 by Maori chiefs and the British Crown, that granted the Maori people the rights of British Citizens and ownership of their lands and other properties. (Photo by Fiona Goodall/Getty Images)
Edit Del
07 Feb 2021 07:44:00, post received 0 comments
Publication archive:
←   →
Popular tags:
All tags
Last searches: