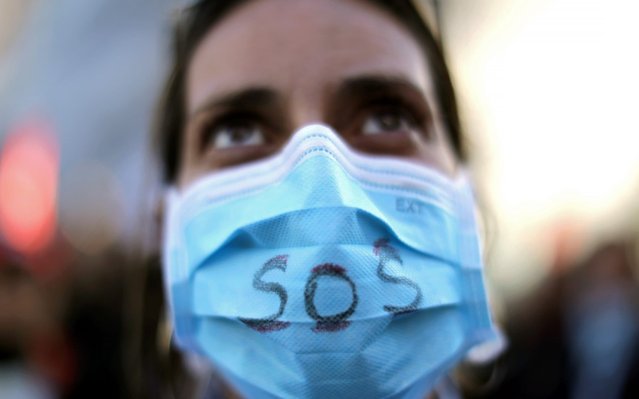 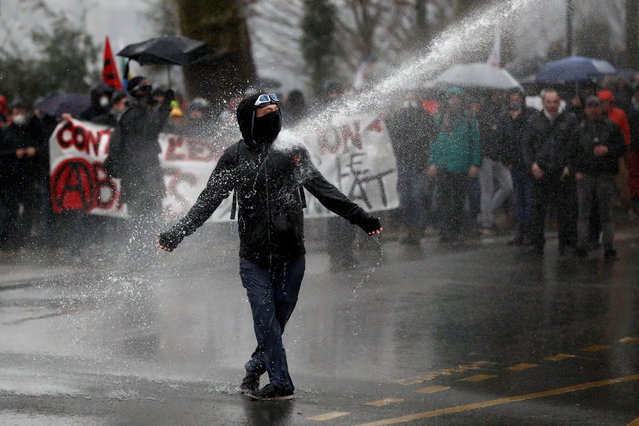 A demonstrator faces off with French gendarmes during a demonstration by French labour union members and workers on strike in Nantes during the 36th consecutive day of strike against French government's pensions reform plans in France, January 9, 2020. (Photo by Stephane Mahe/Reuters) 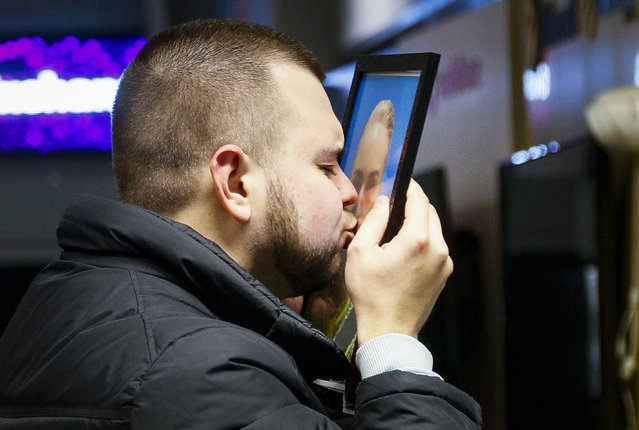 The partner of Julia Sologub, a member of the flight crew of the Ukrainian 737-800 plane that crashed on the outskirts of Tehran, kisses a portrait of her at a memorial inside Borispil international airport outside Kyiv, Ukraine, Wednesday, January 8, 2020. A Ukrainian airplane carrying 176 people crashed on Wednesday shortly after takeoff from Tehran's main airport, killing all onboard, Iranian state TV and officials in Ukraine said. (Photo by Efrem Lukatsky/AP Photo) 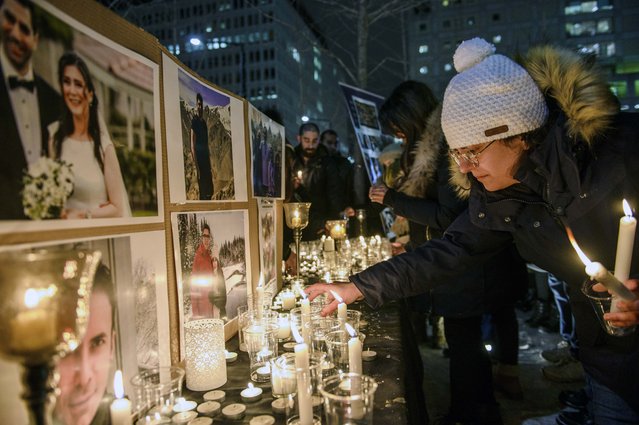 Members of Montreal's Iranian community attend a vigil, Thursday, January 9, 2019 in downtown Montreal. It is “highly likely” that Iran shot down the civilian Ukrainian jetliner that crashed near Tehran late Tuesday, killing all 176 people on board, U.S., Canadian and British officials declared Thursday. They said the fiery missile strike could well have been a mistake amid rocket launches and high tension throughout the region. (Photo by Andrej Ivanov/The Canadian Press via AP Photo) 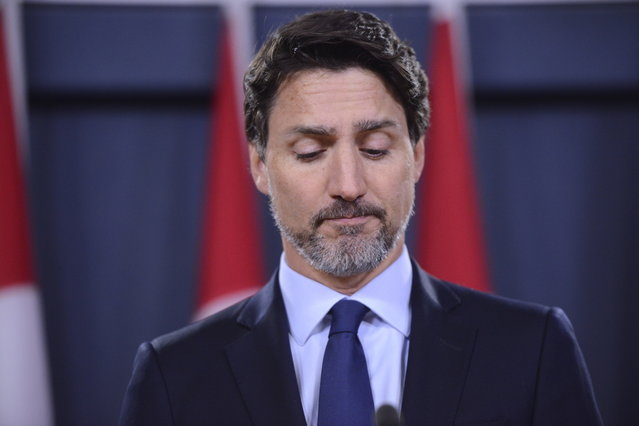 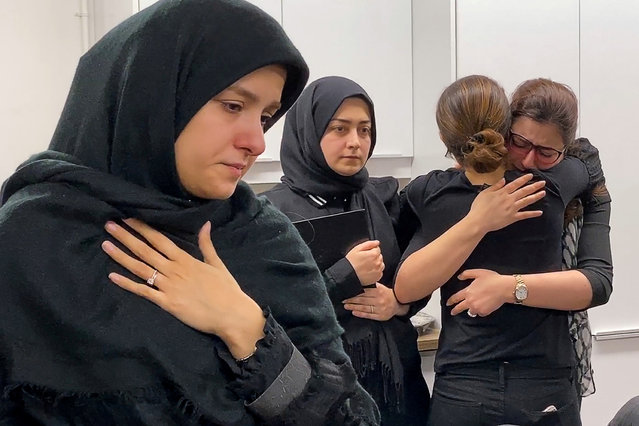 Mourners attend a vigil at University of Toronto student housing for the victims of a Ukrainian passenger jet which crashed in Iran, in a still image from video in Toronto, Ontario, Canada on January 8, 2020. (Photo by Chris Helgren/Reuters) 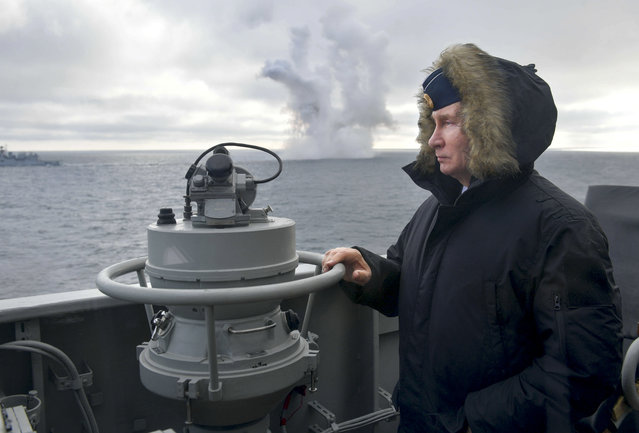 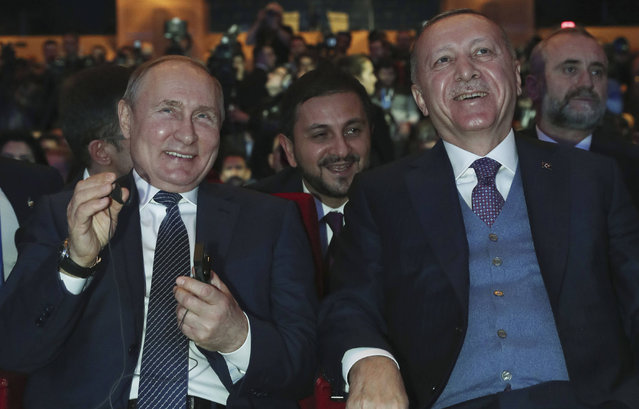 Turkish President Recep Tayyip Erdogan, right, and Russian President Vladimir Putin smile during a ceremony for the dual natural gas line, TurkStream, connecting their countries, in Istanbul, Wednesday, January 8, 2020. Putin and Erdogan inaugurated the natural gas line that will open up a new export path for Russian gas into Turkey and Europe. Erdogan and Putin are also expected to discuss Syria and Libya, where the two leaders support opposing sides, while addressing regional tensions in Iraq and Iran, which have escalated with the American killing of a top Iranian commander. (Photo by Presidential Press Service via AP Photo/Pool)

Self-proclaimed royal super-fan John Loughrey poses for the media backdropped by Buckingham Palace in London, Thursday, January 9, 2020. In a statement Prince Harry and his wife, Meghan, said they are planning “to step back” as senior members of the royal family and “work to become financially independent”. (Photo by Kirsty Wigglesworth/AP Photo) 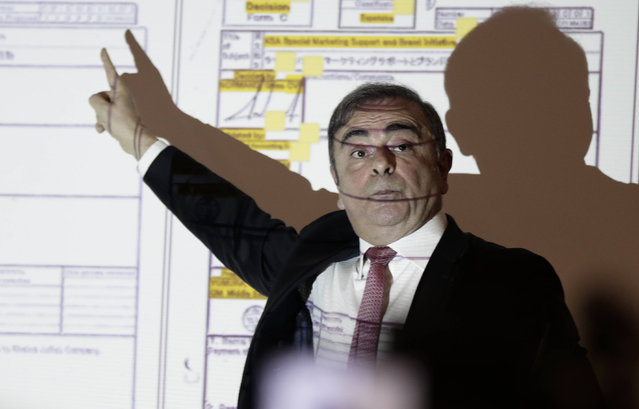 Nissan's former chairman Carlos Ghosn speaks at a press conference in Beirut, Lebanon, Wednesday, January 8, 2020. Ghosn was awaiting trial in Japan on charges of financial crimes when he fled house arrest in Tokyo, arriving in Beirut on December 30. (Photo by Maya Alleruzzo/AP Photo) 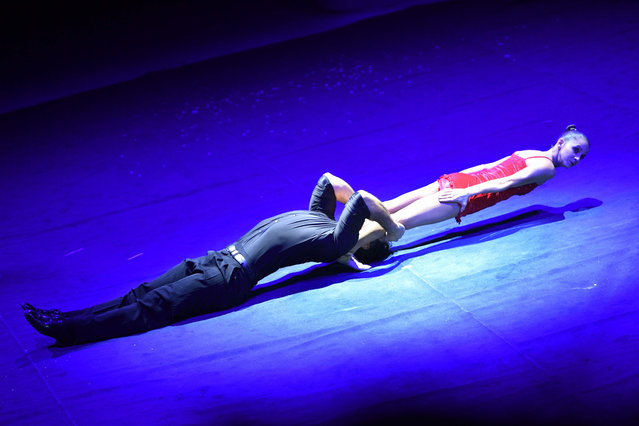 Acrobats of Duo Laos of Spain perform during the 13th International Circus Festival in the Capital Circus of Budapest, Hungary on January 8, 2020. The 6-day festival is started tonight. (Photo by Attila Kisbenedek/AFP Photo) 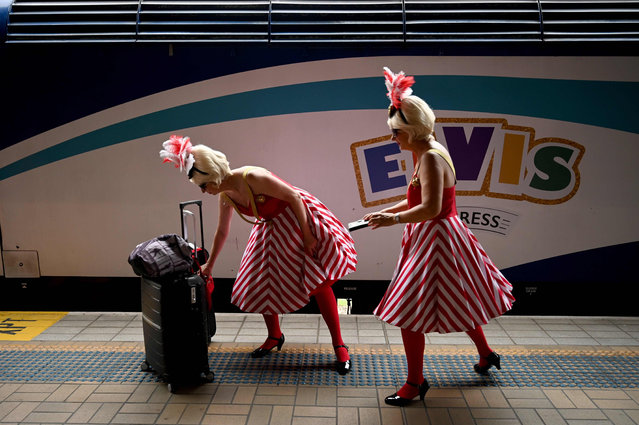 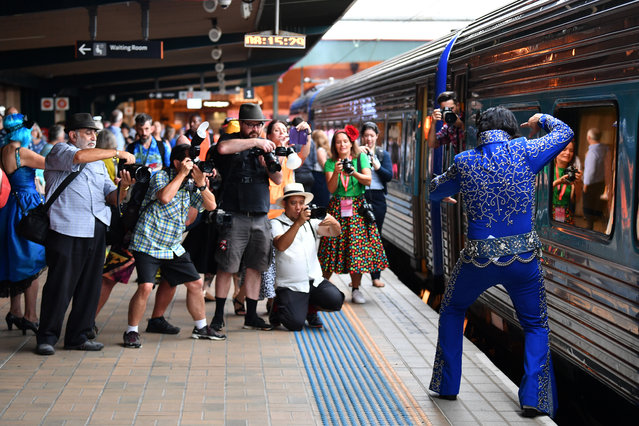 An Elvis impersonator poses for photographs at Central station before boarding a train to The Parkes Elvis Festival, in Sydney on January 9, 2020. (Photo by Dean Lewins/AAP) 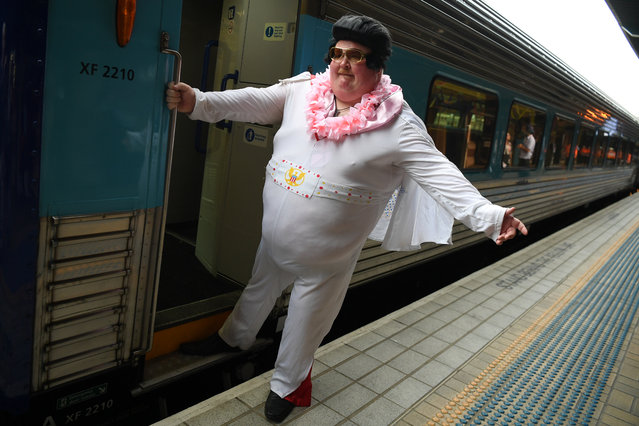 Sean Wright poses for a photo before boarding the Elvis Express, bound for Parkes for the Elvis festival, at Central Station in Sydney, Australia, January 9, 2020. (Photo by Dean Lewins/AAP Image via Reuters) 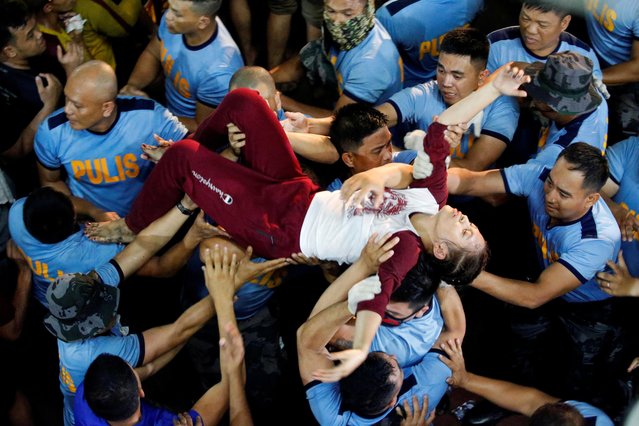