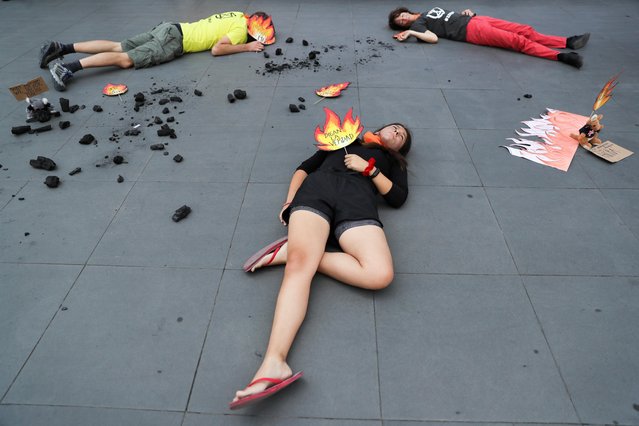 Protesters lie on the floor during a demonstration over Australia's bushfires crisis, outside the Australian embassy in Santiago, Chile on January 10, 2020. The placard reads:“Tell the truth”. (Photo by Ivan Alvarado /Reuters) 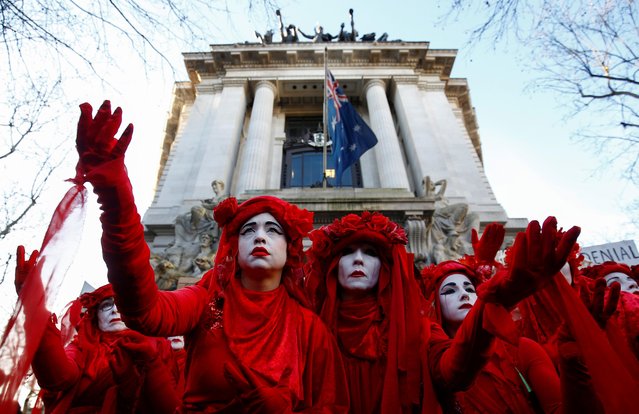 “Red Brigade” activists gesture as they participate in a demonstration against the Australian government's inaction over climate change despite the bushfires crisis, outside the Australian Embassy in London, Britain, January 10, 2020. (Photo by Henry Nicholls/Reuters) 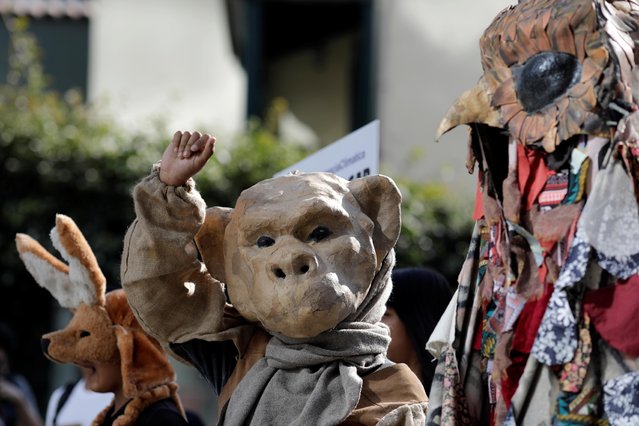 Protesters dressed in costumes attend a demonstration over Australia's bushfires crisis, outside the Australian embassy in Lima, Peru on January 10, 2020. (Photo by Guadalupe Pardo/Reuters) 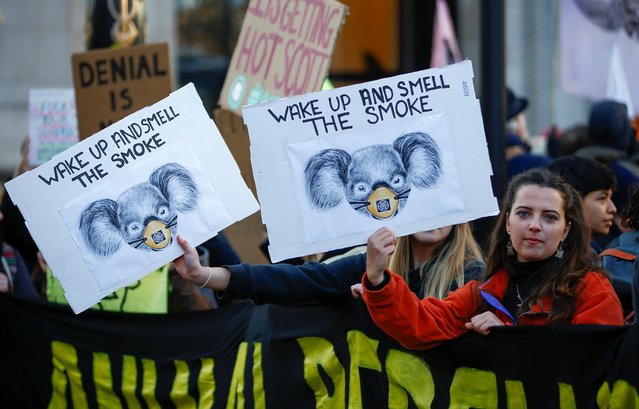 Protesters hold banners as they demonstrate against the Australian government's inaction over climate change despite the bushfires crisis, outside the Australian Embassy in London, Britain, January 10, 2020. (Photo by Henry Nicholls/Reuters) 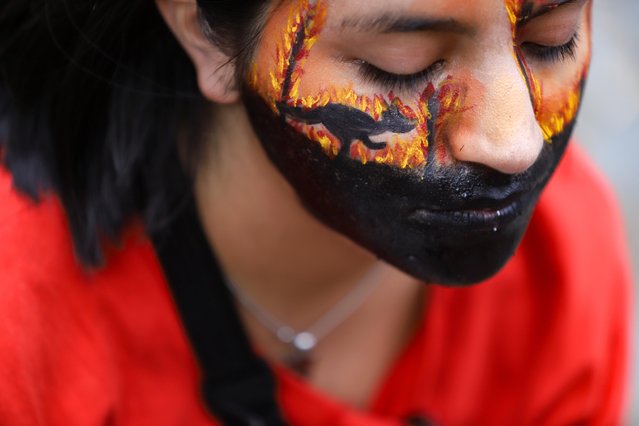 A demonstrator who has symbolically painted a kangaroo running away from the fire on her face is taking part in a protest against climate policy in front of the Australian Embassy in Buenos Aires, Argentina on January 10, 2020. Among others, the organization Extinction Rebellion had called for protest. Since the big bushfires began, more than ten million hectares of land have been burned and at least 26 people have lost their lives. The plume of bush fires in Australia has reached Chile and Argentina. (Photo by Matias Baglietto/Reuters) 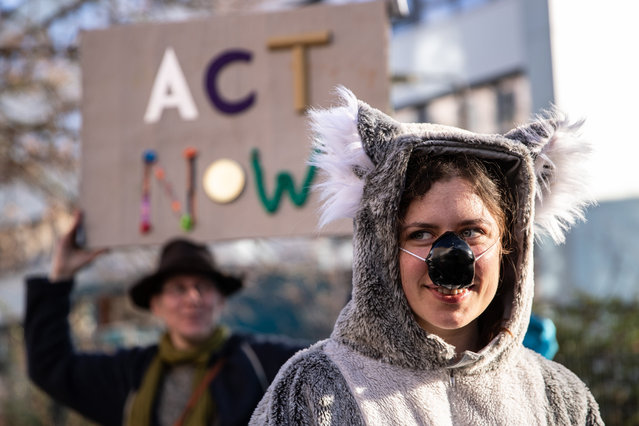 A protester dressed as a koala bear during an Environmental activists of the Extinction Rebellion movement demonstrate in front of the Australian embassy in Berlin, Germany, 10 January 2020. The “XR” activists hold the Australian government and its environmental policy, responsible to the massive Bushfires ravaging across the Australian continent since September 2019. (Photo by Omer Messinger/EPA/EFE) 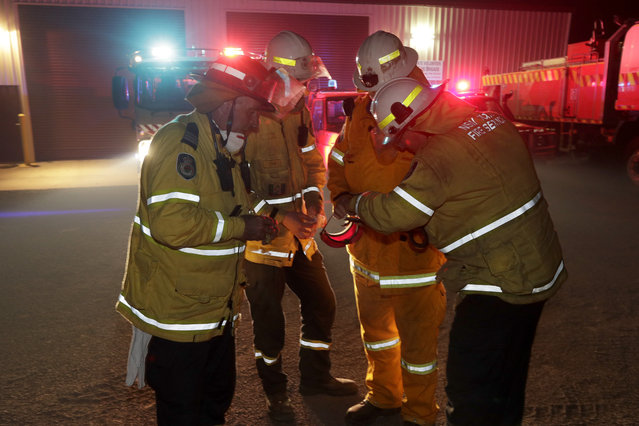 Firefighters at Burragate, Australia, gather outside the firehouse as they discuss a nearby fire threat Friday, January 10, 2020. Thousands of people are fleeing their homes and helicopters are dropping supplies to towns at risk of wildfires as hot, windy conditions threaten already fire-ravaged southeastern Australian communities. The danger is centered on Australia’s most populous states, including coastal towns that lost homes in earlier fires. (Photo by Rick Rycroft/AP Photo) 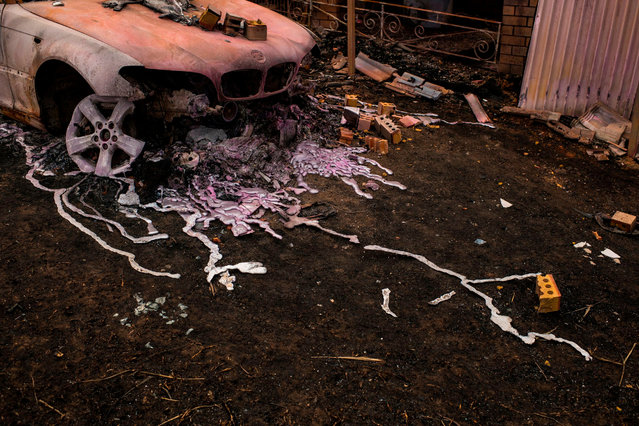 This handout photo taken on January 8, 2020 and received on January 9 from environment group Greenpeace Australia-Pacific shows a destroyed car which melted when bushfires hit properties in the area of Conjola Park on the south coast of New South Wales on January 4. Haunting images of koalas with singed fur, possums with burnt paws or countless charred kangaroo carcasses have flashed around the world and have come to symbolise a nation and an environment buckling under the weight of a climate-fuelled crisis. (Photo by Andrew Quilty/Greenpeace Australia Pacific/AFP Photo) 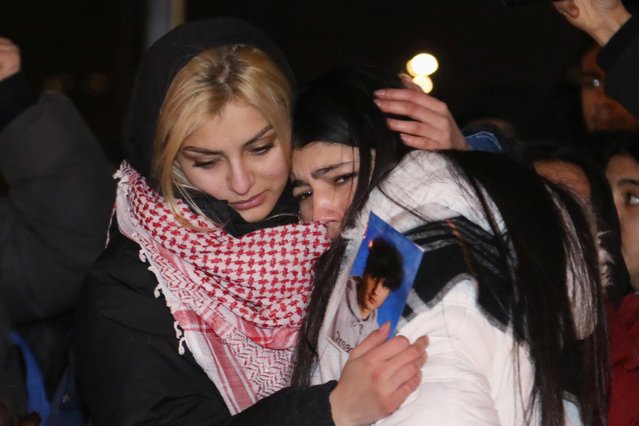 Friends of high school student Arad Zarei hold his picture as mourners attend an outdoor vigil for the victims of a Ukrainian passenger jet which crashed in Iran, in Toronto, Ontario, Canada on January 9, 2020. (Photo by Chris Helgren/Reuters) 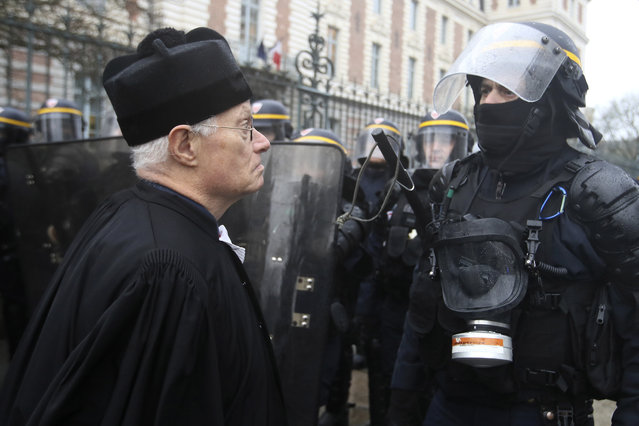 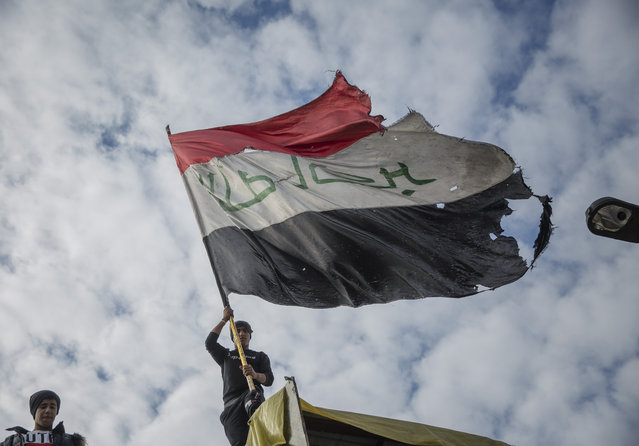 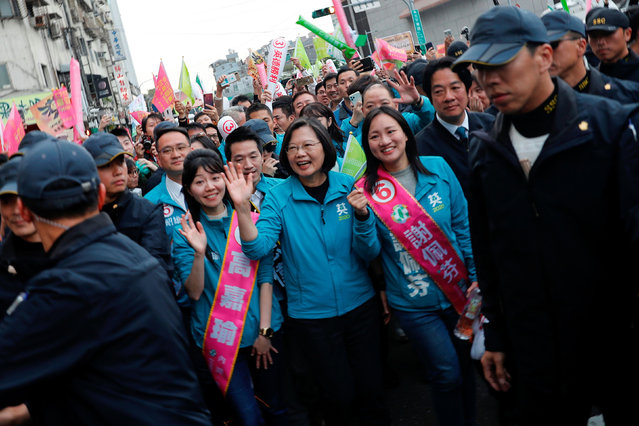 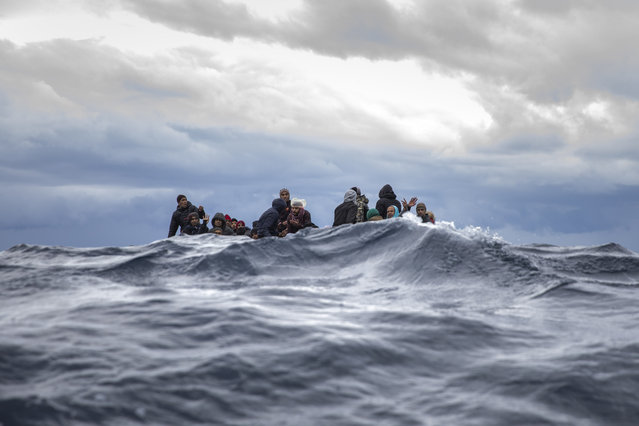 Men from Morocco and Bangladesh react on an overcrowded wooden boat, as aid workers of the Spanish NGO Open Arms approach them in the Mediterranean Sea, international waters, off the Libyan coast, Friday, January 10, 2020. (Photo by Santi Palacios/AP Photo) 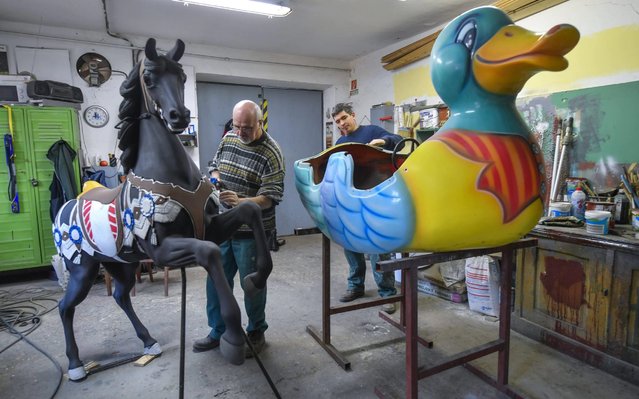 Painter and decoration worker Sandor Valik Zagyva (L) paints one of the horse as maintenance worker Robert Kerek works on one of the duck of Debrecen Amusement Park's carousel in the park's maintenance shop in Debrecen, Hungary, 10 January 2020. One of the most lavish elements of the establishment are the carousel’s wooden horses, made in Vienna in the 19th century, which have kept visitors entertained since 1960. During the winter the park's various game elements are constantly being renewed for spring opening. (Photo by Zsolt Czegledi/EPA/EFE) 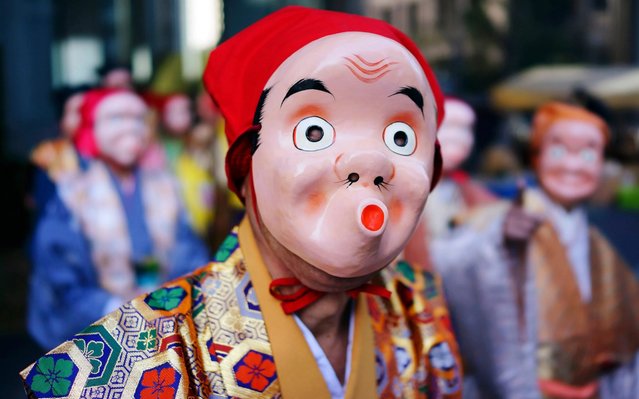 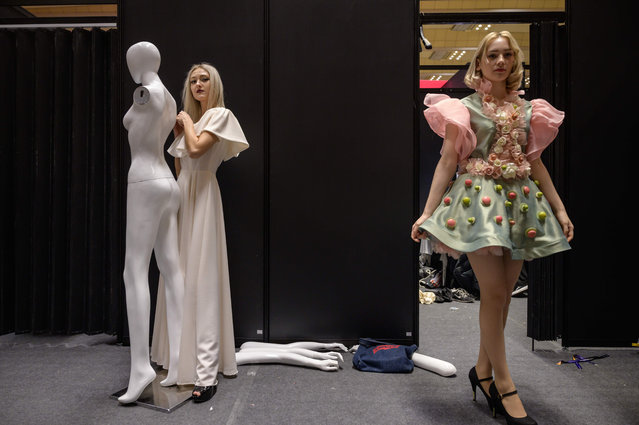