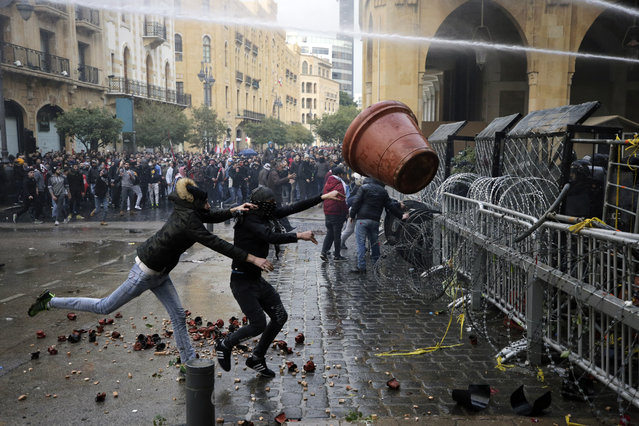 Anti-government demonstrators clash with riot police at a road leading to the parliament building in Beirut, Lebanon, Saturday, January 18, 2020. Riot police fired tears gas and sprayed protesters with water cannons near parliament building to disperse thousands of people after riots broke out during a march against the ruling elite amid a severe economic crisis. (Photo by Hassan Ammar/AP Photo) 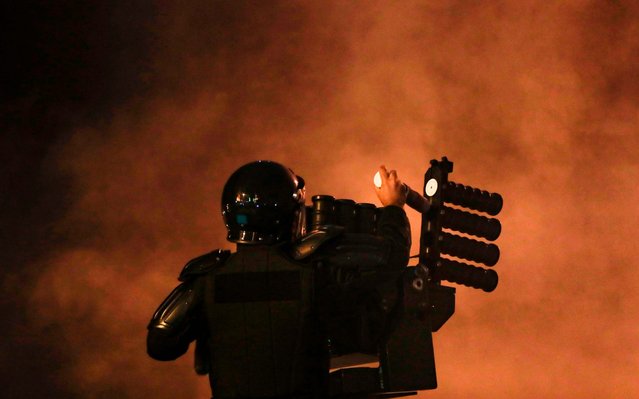 A Lebanese riot policeman loads tear gas canisters into a launcher during clashes with anti-government protesters in the central downtown district of the Lebanese capital on January 18, 2020. (Photo by Anwar Amro/AFP Photo) 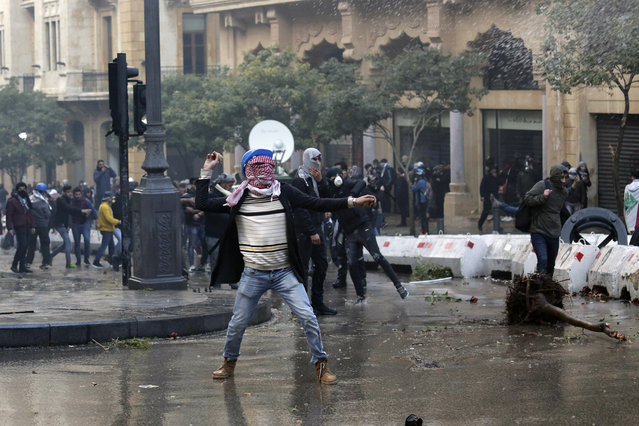 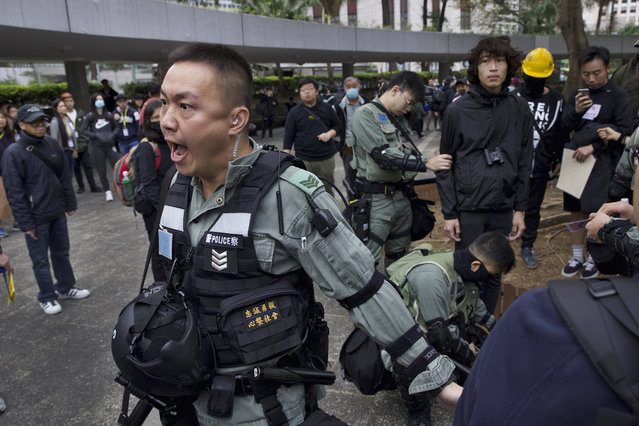 Riot police perform body search on a man ahead of a rally demanding electoral democracy and call for boycott of the Chinese Communist Party and all businesses seen to support it in Hong Kong, Sunday, January 19, 2020. Hong Kong has been wracked by often violent anti-government protests since June, although they have diminished considerably in scale following a landslide win by opposition candidates in races for district councilors late last year. (Photo by Ng Han Guan/AP Photo) 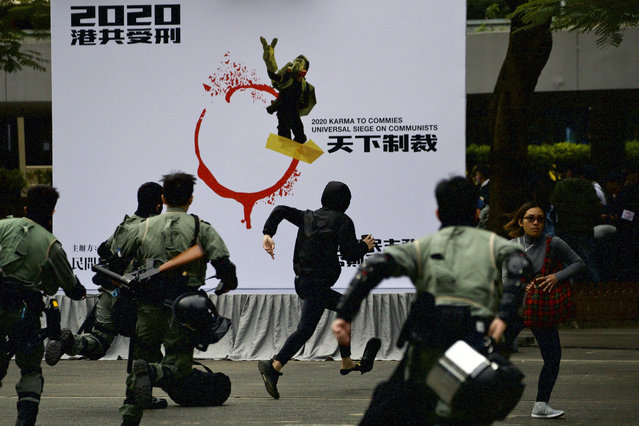 Riot police chase a masked man ahead of a rally demanding electoral democracy and call for boycott of the Chinese Communist Party and all businesses seen to support it in Hong Kong, Sunday, January 19, 2020. (Photo by Ng Han Guan/AP Photo) 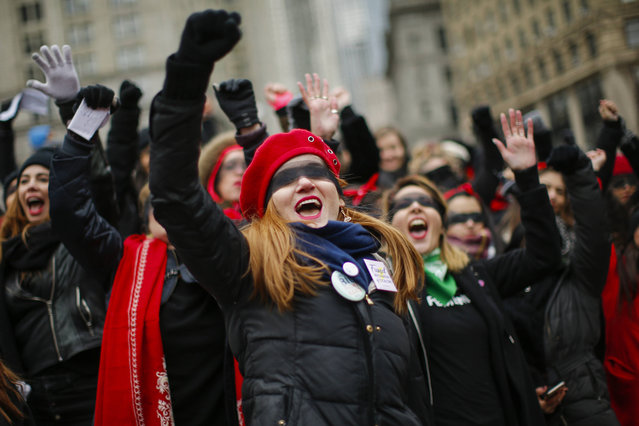 Women take part in a rally before the Women's Women's March on Saturday, January 18, 2020 in New York. Hundred showed up in New York City and thousands in Washington, D.C. for the rallies, which aim to harness the political power of women, although crowds were noticeably smaller than in previous years. Marches were scheduled Saturday in more than 180 cities. (Photo by Eduardo Munoz Alvarez/AP Photo) 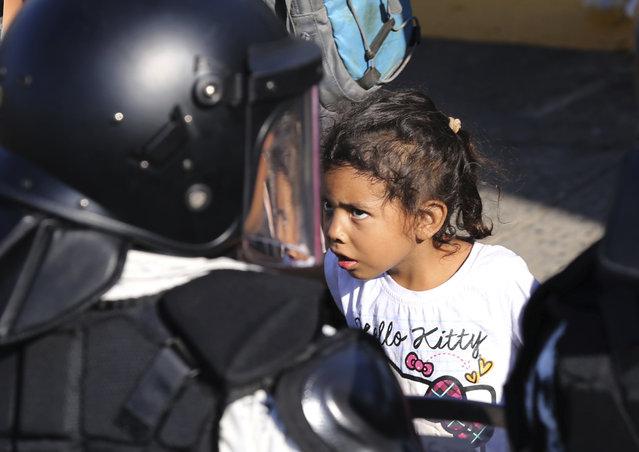 A migrant girl looks at Mexican National Guardsmen at the border crossing between Guatemala and Mexico in Tecun Uman, Guatemala, Saturday, January 18, 2020. More than a thousand Central American migrants surged onto the bridge spanning the Suchiate River, that marks the border between both countries, as Mexican security forces attempted to impede their journey north. (Photo by Marco Ugarte/AP Photo) 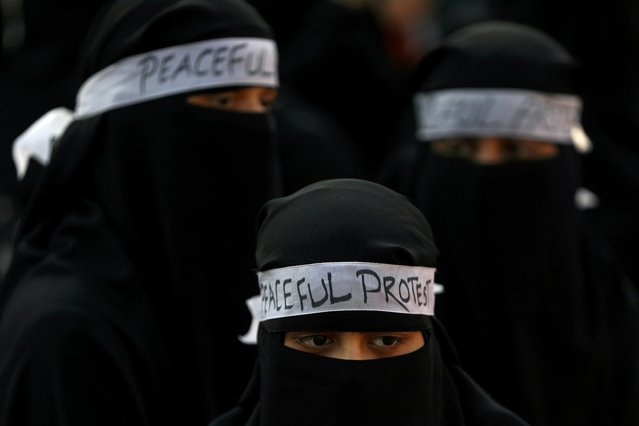 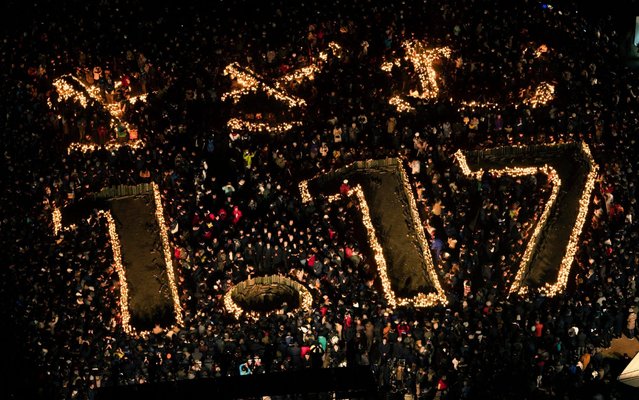 Candles are lit to form the date when a powerful earthquake that struck this western port city of Kobe on Jan. 17, 1995, at a park in Kobe, Japan, on Friday, January 17, 2020 as people pray for the victims of the quake. Japan marks the 25th anniversary of Kobe earthquake which killed more than six thousand people and destroyed much of their city. (Photo by Nobuki Ito/Kyodo News via AP Photo) 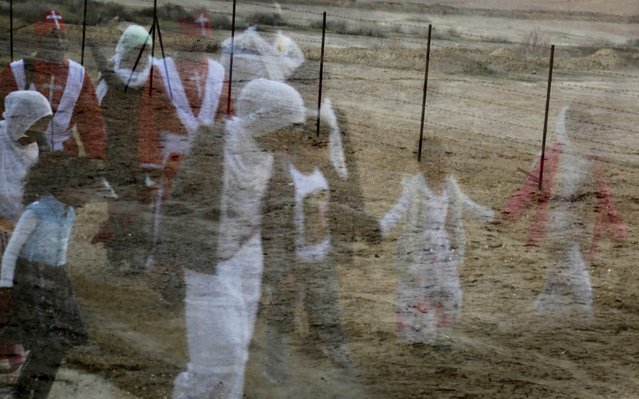 Pilgrims are reflected in a car window as they march towards the Jordan River to participate in a baptism ceremony, near Jericho in the Israeli-occupied West Bank on January 18, 2020. (Photo by Raneen Sawafta/Reuters) 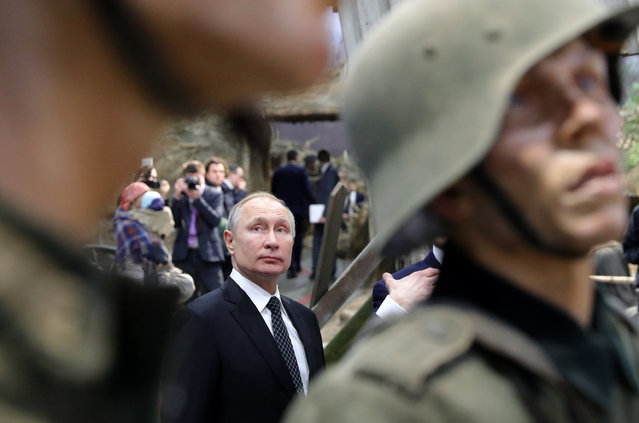 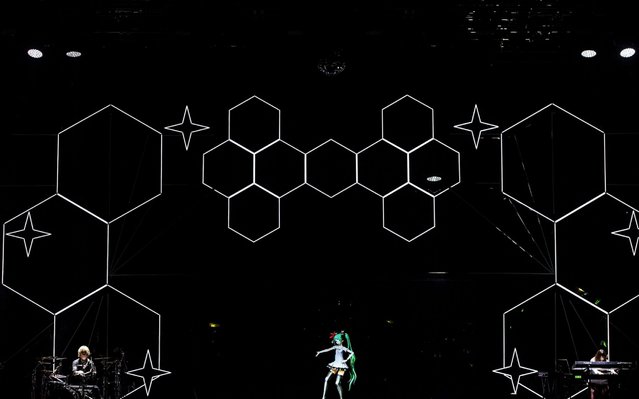 Japanese virtual singer Hatsune Miku performs on stage during a concert at the Zenith concerthall, in Paris, on January 16, 2020. (Photo by Christophe Archambault/AFP Photo) 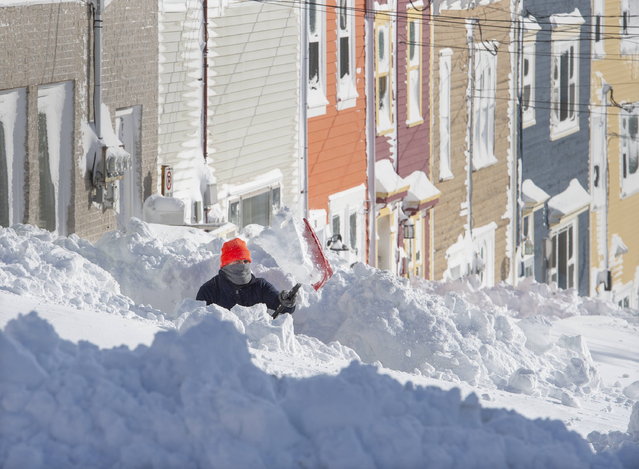 A resident digs out his walkway in St. John's Newfoundland on Saturday, January 18, 2020. The state of emergency ordered by the City of St. John's is still in place, leaving businesses closed and vehicles off the roads in the aftermath of the major winter storm that hit the Newfoundland and Labrador capital. (Photo by Andrew Vaughan/The Canadian Press via AP Photo) 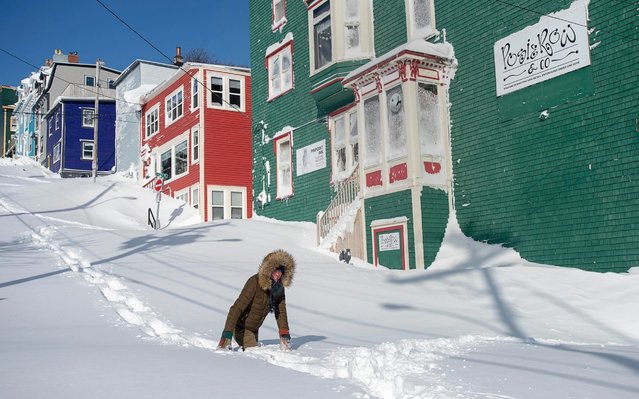 A residents makes their way through the snow in St. John's, Newfoundland on Saturday, January 18, 2020. (Photo by Andrew Vaughan/The Canadian Press via AP Photo) 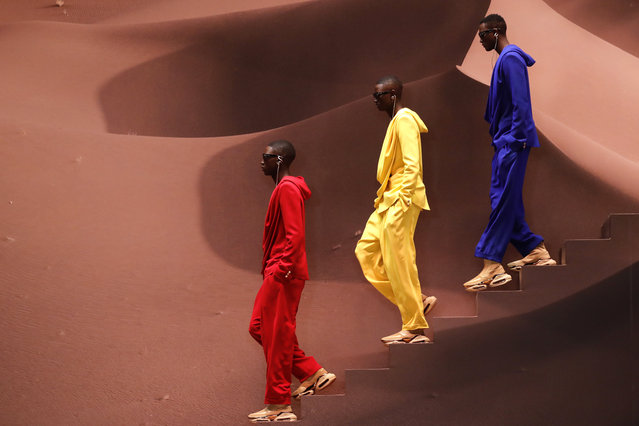