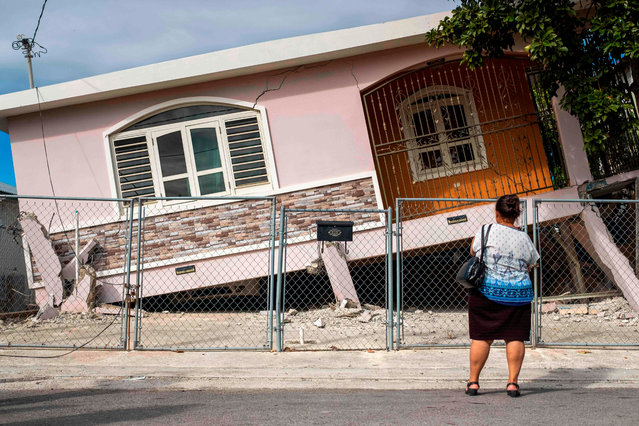 A woman stands in front of a house damaged by a 5.8 earthquake in Guanica, Puerto Rico on January 6, 2020. A 5.8-magnitude earthquake shook Puerto Rico on January 6, 2020, toppling some structures and causing power outages and small landslides but there were no reports of casualties, the US Geological Survey said. The quake, just off the US territory's southern Caribbean coastline, was felt throughout much of the island, including the capital San Juan. Some 250,000 customers were hit by electric power outages after the quake, which struck at 6:32 am local time (1032GMT). (Photo by Ricardo Arduengo/AFP Photo) 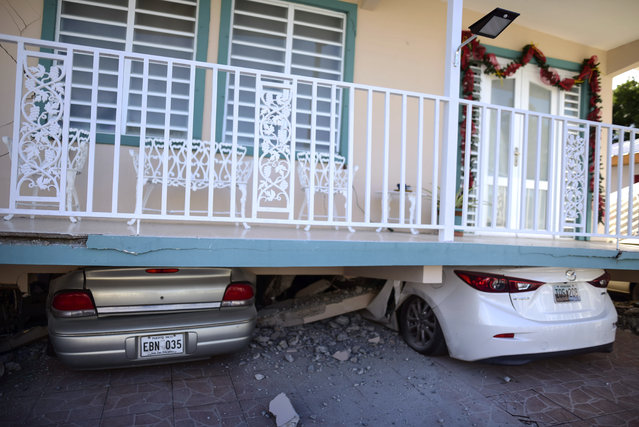 Cars are crushed under a home that collapsed after an earthquake hit Guanica, Puerto Rico, Monday, January 6, 2020. A 5.8-magnitude quake hit Puerto Rico before dawn Monday, unleashing small landslides, causing power outages and severely cracking some homes. There were no immediate reports of casualties. (Photo by Carlos Giusti/AP Photo) 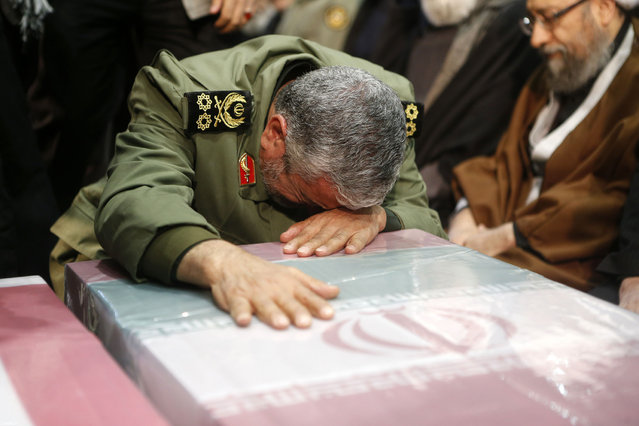 A handout picture provided by the office of Iran's Supreme Leader Ayatollah Ali Khamenei shows an unidentified Revolutianary Guard commander paying over the caskets of slain Iranian military commander Qasem Soleimani during a funeral ceremony at Tehran University in the Iranian capital on January 6, 2020. Mourners packed the streets of Tehran for ceremonies to pay homage to Soleimani, who spearheaded Iran's Middle East operations as commander of the Revolutionary Guards' Quds Force and was killed in a US drone strike on January 3 near Baghdad airport. (Photo by Iranian Supreme Leader's Website/AFP Photo) 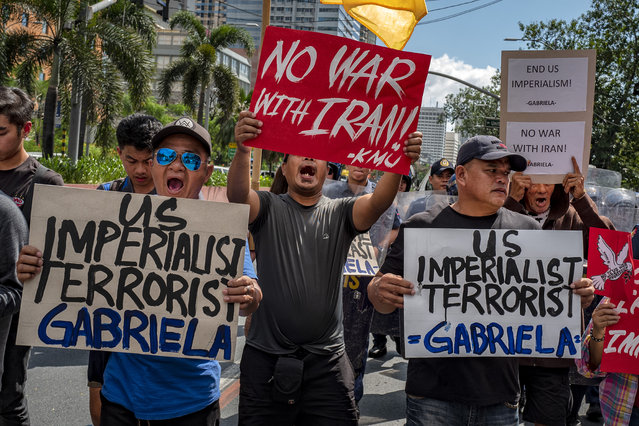 Filipinos take part in a protest versus US aggression against Iran, at the US embassy on January 6, 2020 in Manila, Philippines. The protest was held in response to increased tensions in the Middle East as a result of a U.S. airstrike that killed Iranian Military Commander Qasem Soleimani last week. (Photo by Ezra Acayan/Getty Images) 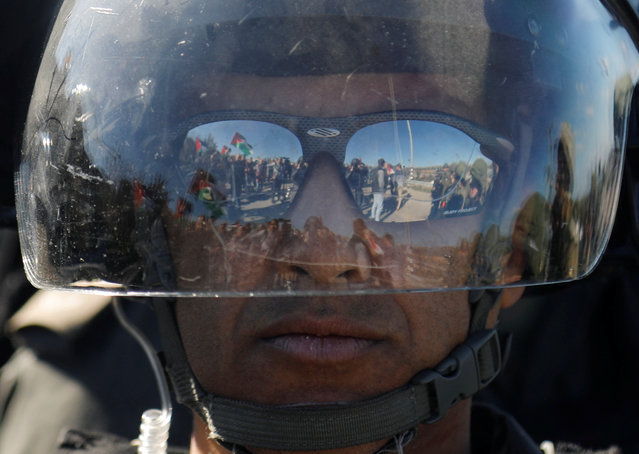 An Israeli border policeman looks on during an anti-Israel protest by Palestinians, near Qalqilya in the Israeli-occupied West Bank, January 6, 2020. (Photo by Raneen Sawafta/Reuters) 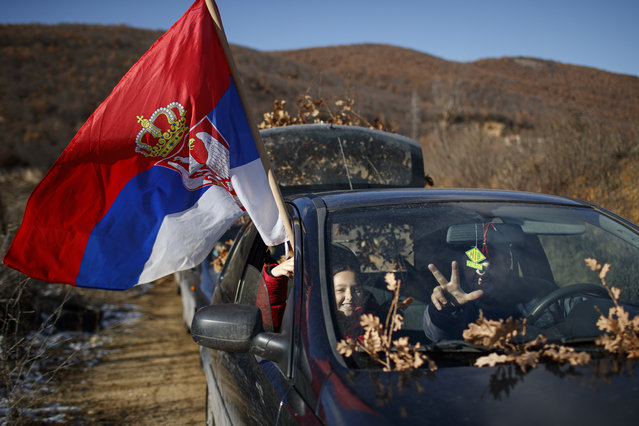 Kosovo Serbs flash “Victory” signs and carry oak branches to celebrate Orthodox Christmas eve in the town of Gracanica, Kosovo, 06 January 2020. It is a regional tradition to collect dried wood on this day. Locals will leave it outdoors overnight as part of Christmas celebrations to bring luck for the new year. Orthodox Serbs celebrate Christmas on 07 January according to the old Julian calendar. (Photo by Valdrin Xhemaj/EPA/EFE) 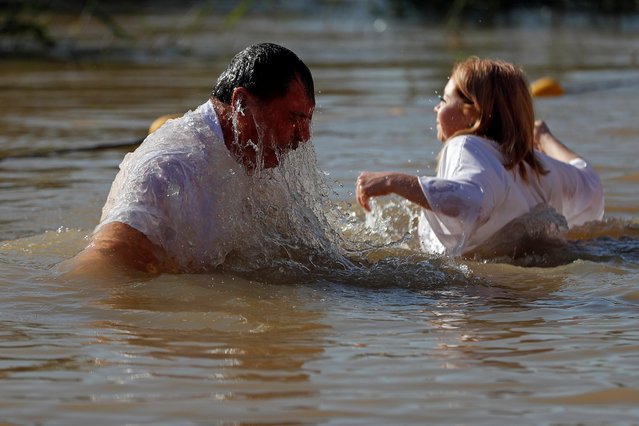 Pilgrims take a dip in the waters of the Jordan River during a baptism ceremony at the Qasr el-Yahud site, near Jericho, in the Israeli-occupied West Bank, January 6, 2020. (Photo by Mohamad Torokman/Reuters) 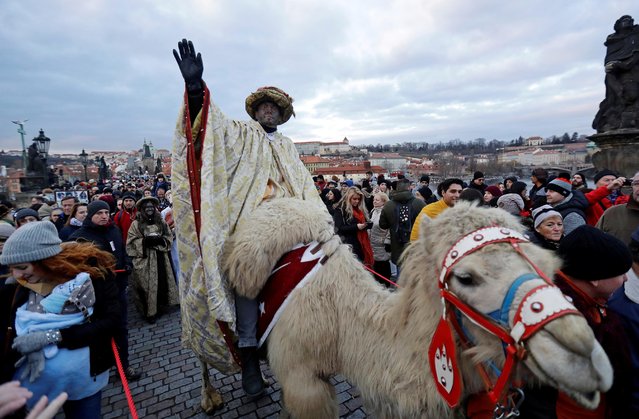 Men dressed as the Three Kings greet spectators as they ride camels during the Three Kings procession across the medieval Charles Bridge marking the beginning of Epiphany, in Prague, Czech Republic on January 5, 2020. (Photo by David W. Cerny/Reuters) 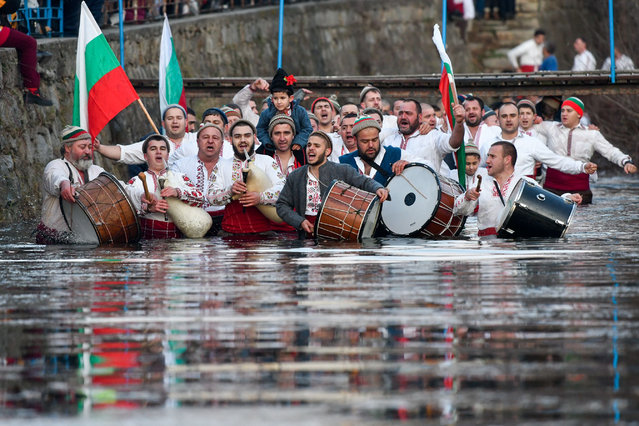 Bulgarian men perform the traditional “Horo” dance in the icy winter waters of the Tundzha river in the town of Kalofer, as part of Epiphany Day celebrations on January 6, 2020. As a tradition, an Eastern Orthodox priest throws a cross in the river and it is believed that the one who retreives it will be healthy throughout the year as well as all those who dance in the icy waters. (Photo by Nikolay Doychinov/AFP Photo) 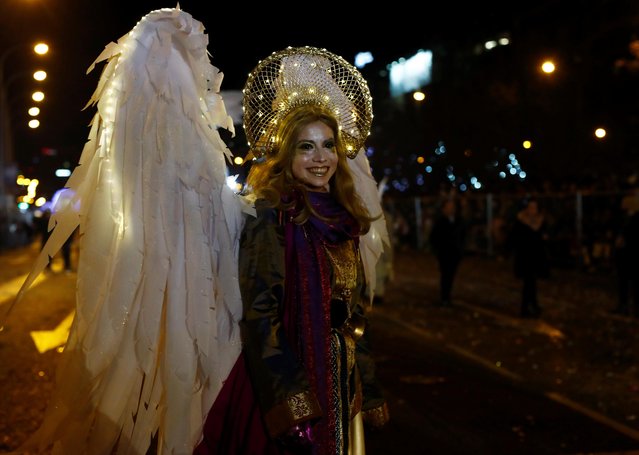 A woman wearing a costume of an angel attends the traditional Epiphany parade in Madrid, Spain, January 5, 2020. (Photo by Reuters/Stringer) 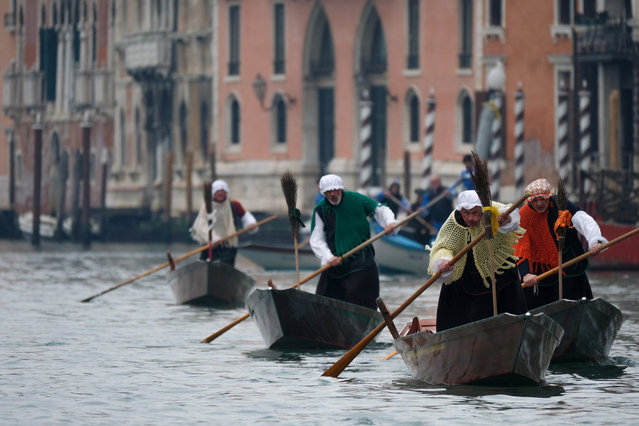 Men dressed as “La Befana”, an imaginary old woman who is thought to bring gifts to children during the festival of Epiphany, row boats down the Grand Canal in Venice, Italy on January 6, 2020. (Photo by Manuel Silvestri/Reuters) 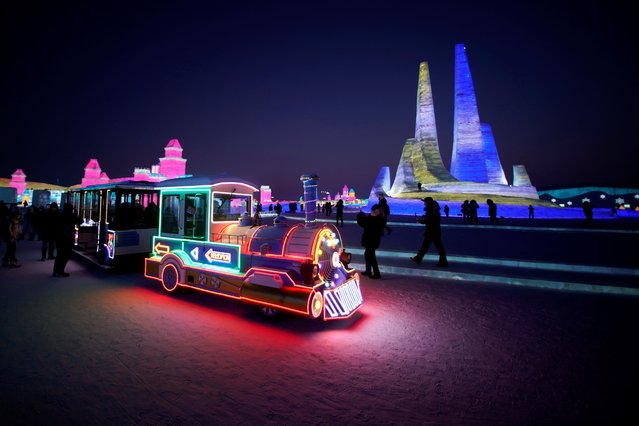 People visit ice sculptures on the opening day of the Harbin International Ice and Snow Sculpture Festival, in the northern city of Harbin, Heilongjiang province, China on January 5, 2020. (Photo by Aly Song/Reuters) 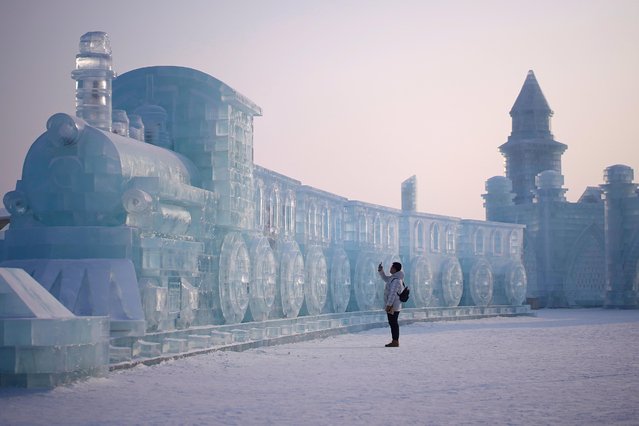 A man visits ice sculptures ahead of the annual Harbin International Ice and Snow Sculpture Festival in the northern city of Harbin, Heilongjiang province, China on January 4, 2020. (Photo by Aly Song/Reuters) 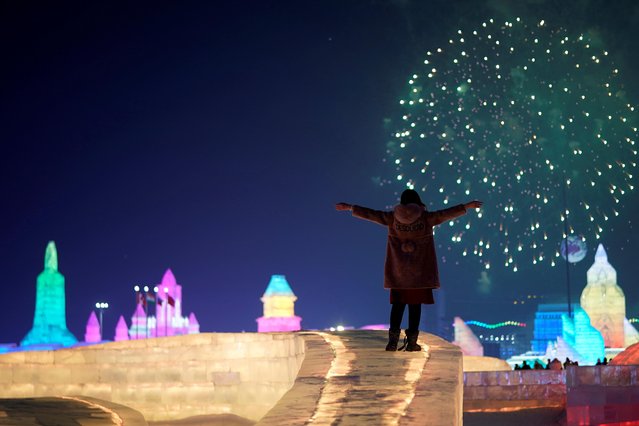 Fireworks light up the sky behind ice sculptures on the opening day of the Harbin International Ice and Snow Sculpture Festival, in the northern city of Harbin, Heilongjiang province, China on January 5, 2020. (Photo by Aly Song/Reuters) 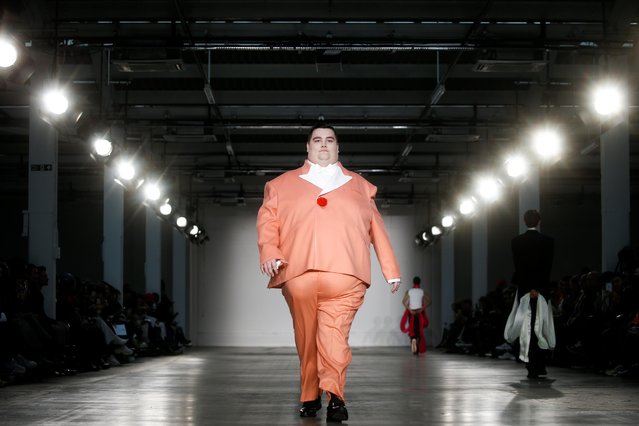