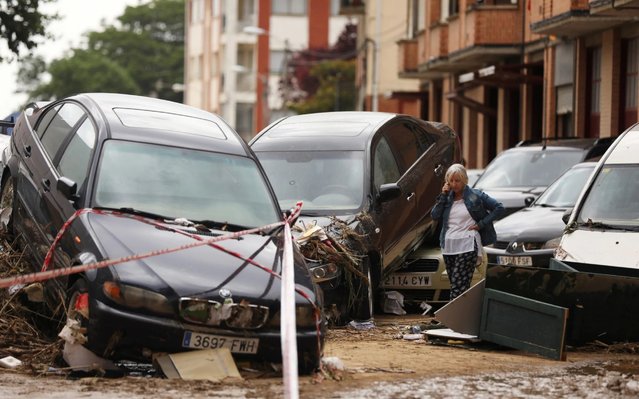 A woman speaks on the phone next to damaged cars after heavy rainfall in Tafalla, Spain, July 9, 2019. (Photo by Susana Vera/Reuters) 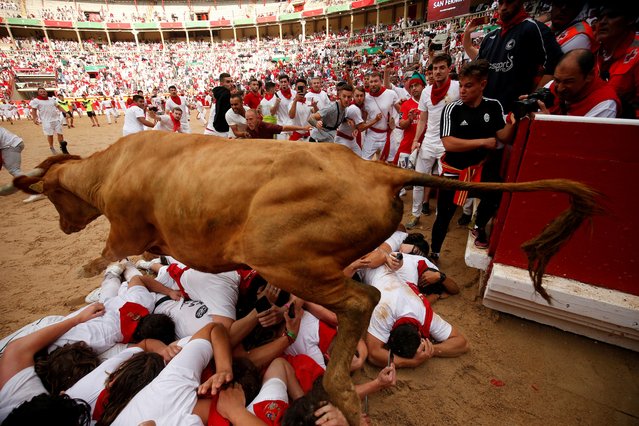 A wild cow leaps over revellers during the running of the bulls at the San Fermin festival in Pamplona, Spain, July 9, 2019. (Photo by Susana Vera/Reuters) 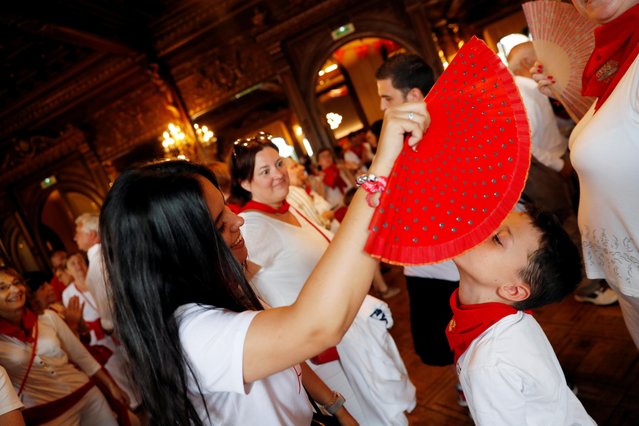 People enjoy themselves at the “Baile de la Alpargata” (The Espadrille Dance) during the San Fermin festival in Pamplona, Spain, July 9, 2019. (Photo by Susana Vera/Reuters) 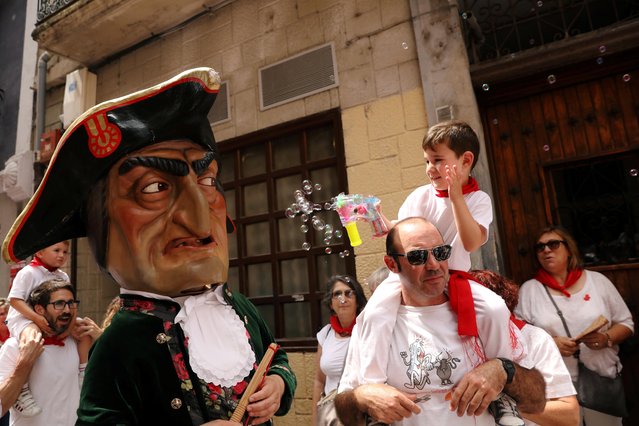 A boy uses his bubble pistol on a “Kiliki” during San Fermin festival's “Comparsa de gigantes y cabezudos” (Parade of the Giants and Big Heads) in Pamplona, Spain, July 8, 2019. (Photo by Susana Vera/Reuters) 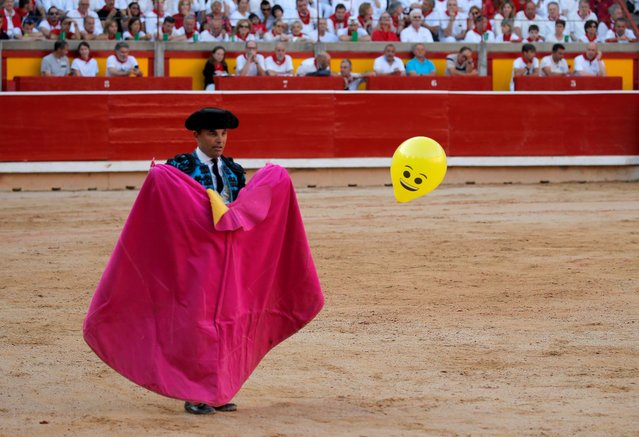 An assistant bullfighter watches a balloon during a bullfight at the San Fermin festival in Pamplona, Spain, July 9, 2019. (Photo by Jon Nazca/Reuters) 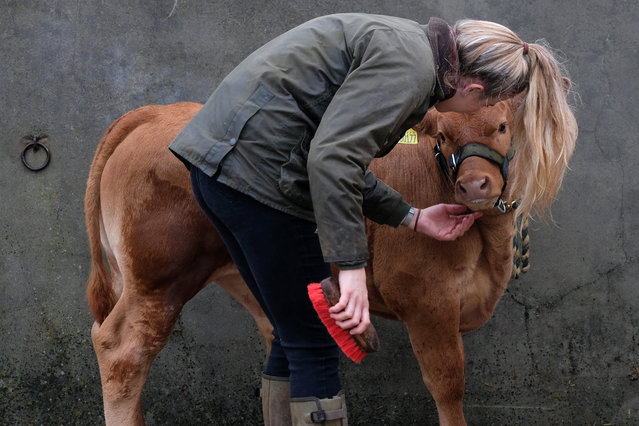 A woman cleans her calf at a washdown during the first day of the 161st Great Yorkshire Show on July 09, 2019 in Harrogate, England. Organiser’s of the show this year have revealed that overall entries for the three-day show are higher than in any previous years. The Great Yorkshire Show is England’s premier agricultural event and is organised by the Yorkshire Agricultural Society. The YAS support and promotes the farming industry through health care, business, education and funding scientific research into rural affairs. First held in 1838 the show brings together agricultural displays, livestock events, farming demonstrations, food, dairy and produce stands as well as equestrian events. The popular agricultural show is held over three days and celebrates the farming and agricultural community and their way of life. (Photo by Ian Forsyth/Getty Images) 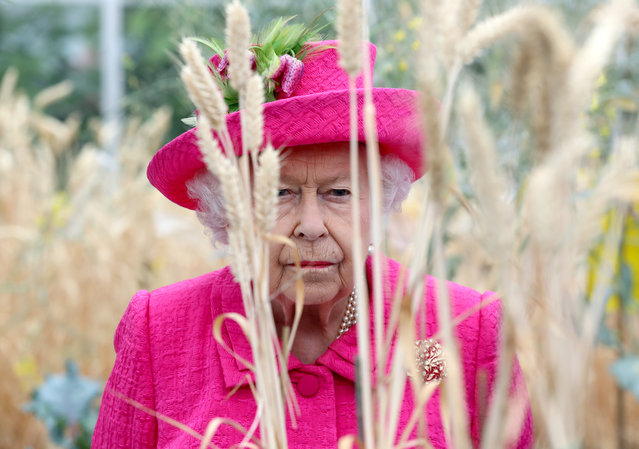 Queen Elizabeth II during a visit to the NIAB, (National Institute of Agricultural Botany) on July 09, 2019 in Cambridge, England. (Photo by Chris Jackson/Getty Images) 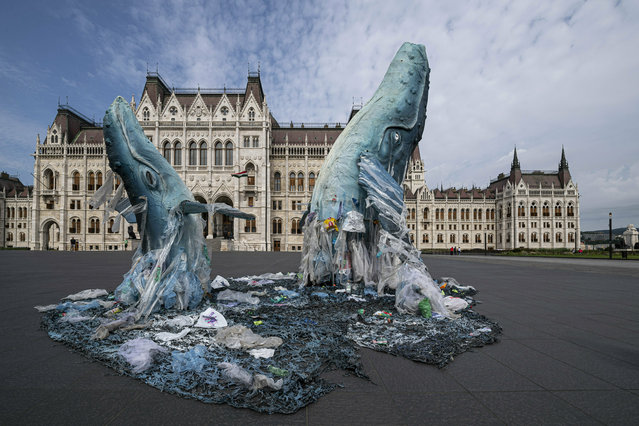 Whale sculptures made from plastic waste that was recovered from the ocean are on display at the parliament building in Budapest, Hungary, Tuesday, July 9, 2019. The temporary installation was erected by Greenpeace as part of the international environmental movement Plastic Free July to protest against polluting the world's oceans with plastic. (Photo by Zsolt Szigetvary/MTI via AP Photo) 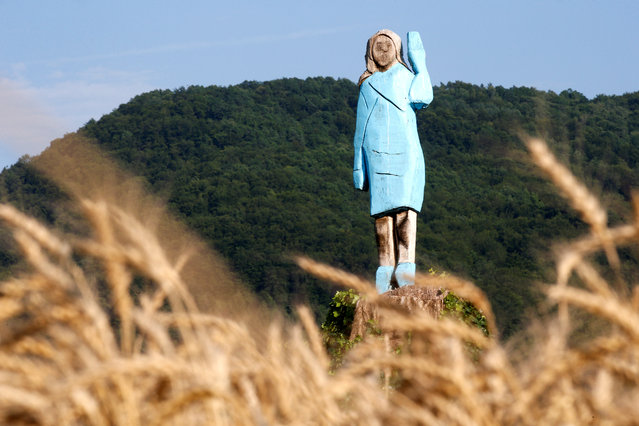 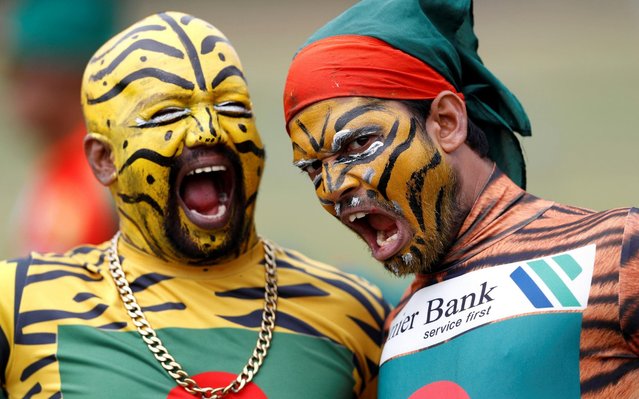 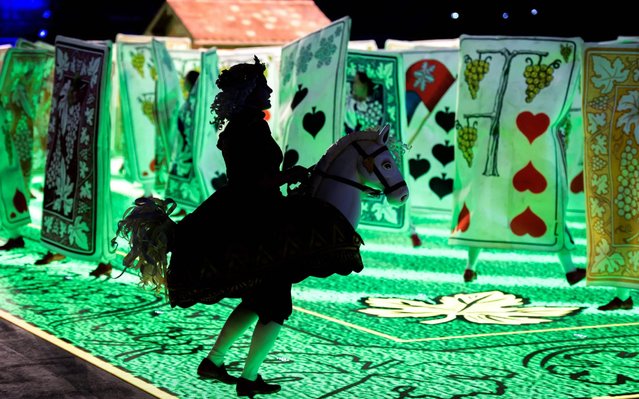 Extras and actors perform during a rehearsal of the Fete des Vignerons (Winegrowers’ Festival in French), a traditional festival which takes place in Vevey, western Switzerland approximately every 25 years, on July 8, 2019. It has been organised by the local brotherhood of winegrowers in Vevey since 1797. This edition will run from July 18 to August 11, 2019. (Photo by Fabrice Coffrini/AFP Photo) 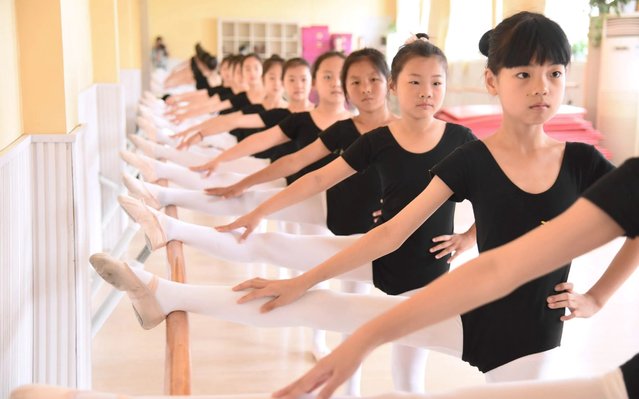 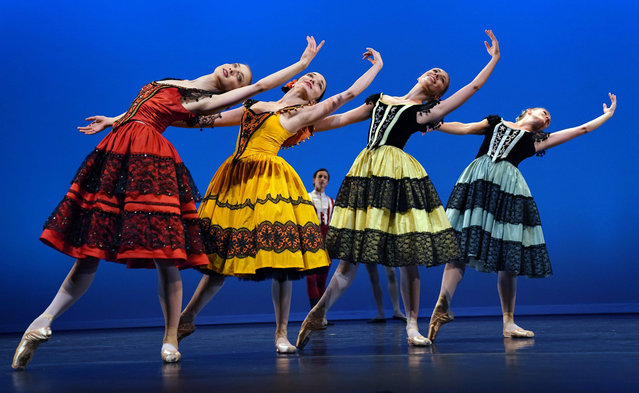 Dancers with the Royal Danish Ballet perform a scene from “The Bournonville Legacy” during a dress rehearsal before opening night at the Joyce Theater in New York on July 9, 2019. (Photo by Timothy A. Clary/AFP Photo) 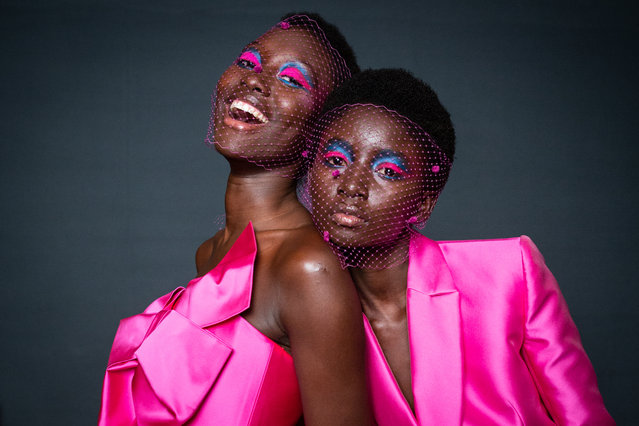