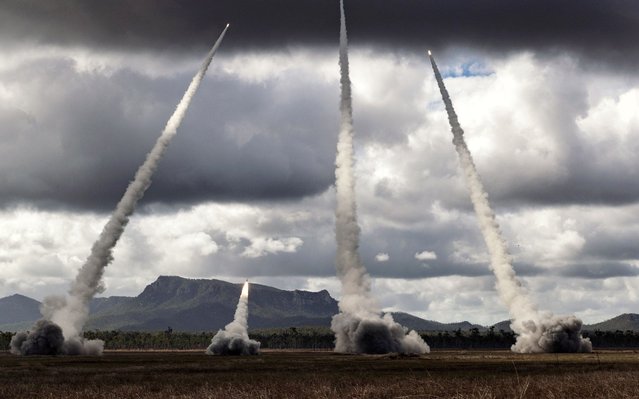 A handout photo made available by the Australian Department of Defence on 10 July 2019 shows United States Army and United States Marine Corps perform a live fire of M142 High Mobility Artillery Rocket Systems at Shoalwater Bay Training Area in Queensland, Australia. Talisman Sabre 2019 (TS19) is a bilateral training activity between Australian and United States military personnel. Approximately 25,000 people are expected to be involved in the exercises over the next month. (Photo by Sgt David Hicks/EPA/EFE/Rex Features/Shutterstock) 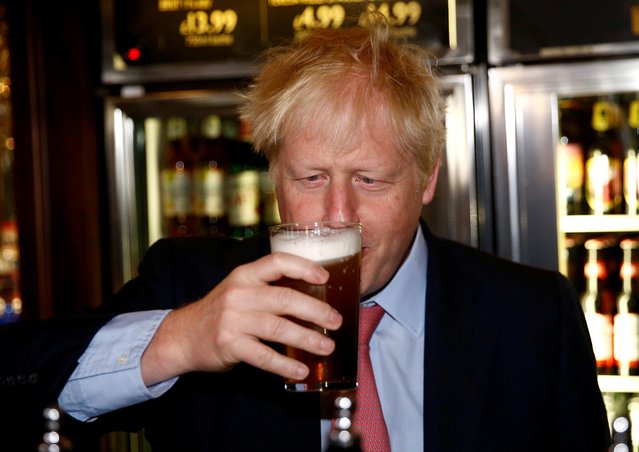 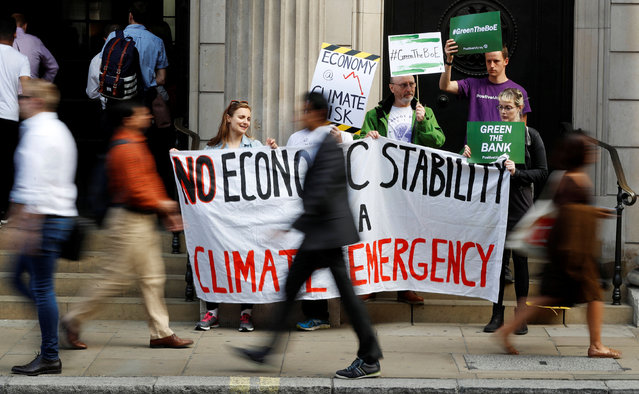 Environmental and banking system protestors demonstrate outside the Bank of England demanding that the bank rule out investment in high-carbon sectors in London, Britain July 11, 2019. (Photo by Peter Nicholls/Reuters) 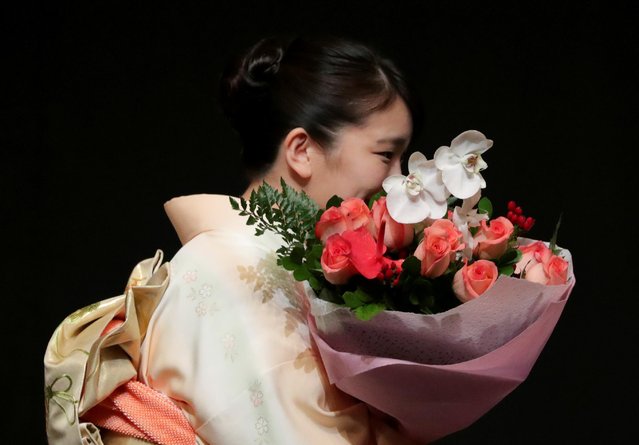 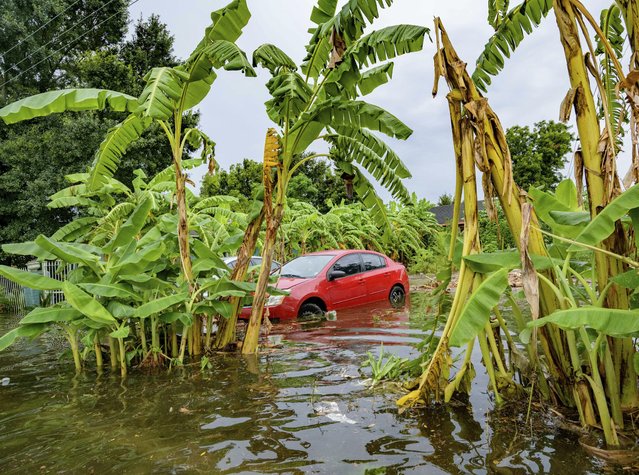 Flooding comes up the wheels of a parked car on Belfast Street near Eagle Street in New Orleans July 10, 2019 after flooding from a 100-year storm from a tropical wave system in the Gulf Mexico dumped lots of rain. (Photo by Matthew Hinton/AP Photo) 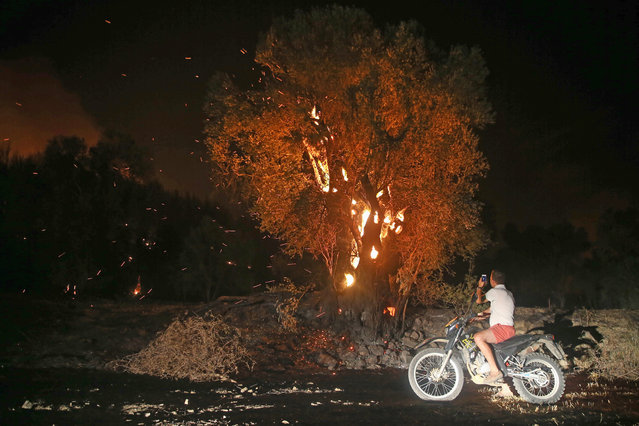 Flames and smoke rising as firefighters try to extinguish the fire that broke out at a forest in Mugla's Dalaman district, Turkey on July 11, 2019. Fire spread to Fethiye District's Gocek neighborhood due to wind. (Photo by Orhan Cicek/Anadolu Agency/Getty Images) 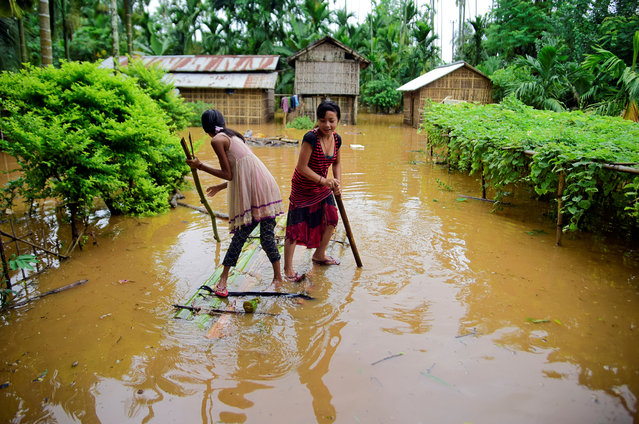 Girls row a makeshift raft past submerged houses at a flood-affected village in Karbi Anglong district, in the northeastern state of Assam, India, July 11, 2019. (Photo by Anuwar Hazarika/Reuters) 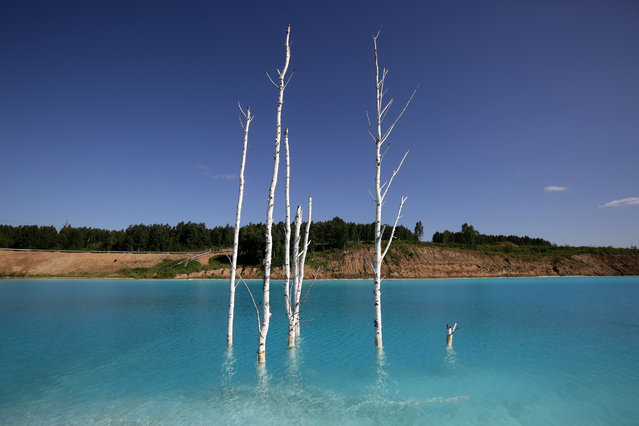 A view of a Novosibirsk energy plant's ash dump site – nicknamed the local “Maldives” – on July 11, 2019. An industrial dump site in Siberia whose turquoise lake resembles a tropical paradise has become a magnet for Instagrammers who risk their health in the toxic water to wow online followers. (Photo by Rostislav Netisov/AFP Photo) 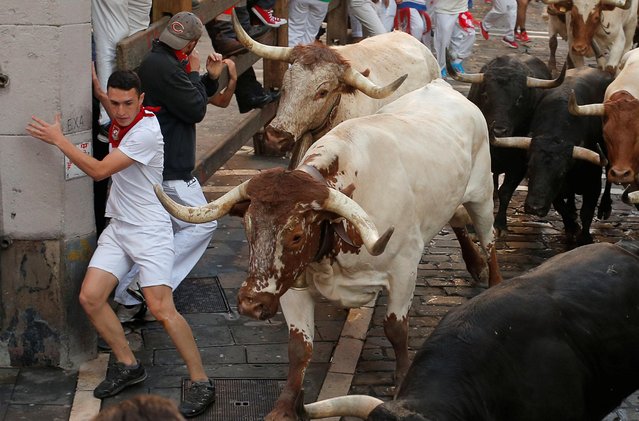 A reveller shies away from a steer during the running of the bulls at the San Fermin festival in Pamplona, Spain, July 11, 2019. (Photo by Jon Nazca/Reuters) 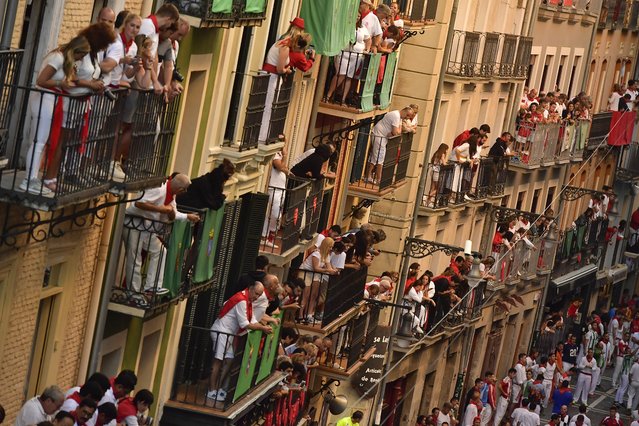 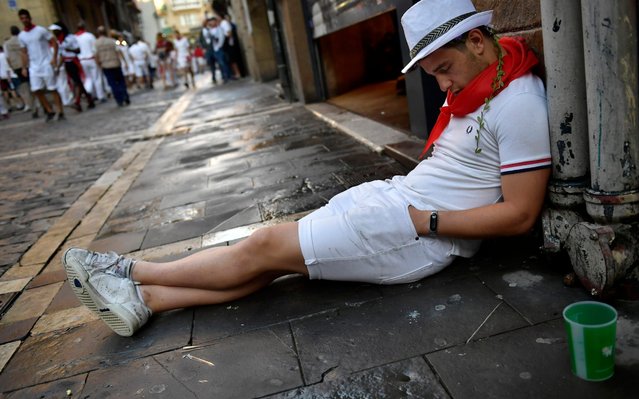 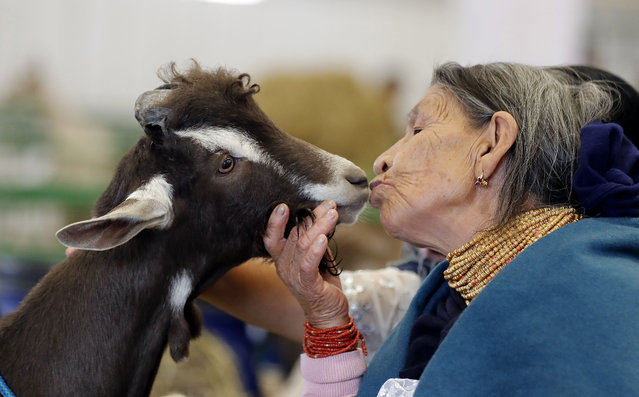 A woman kisses a goat during the first day of the 22nd International Fair of Agro-livestock and Related Industries Agroexpo 2019, in Bogota, Colombia, 11 July 2019. The Corferias fairgrounds in the Colombian capital opened its doors this Thursday for a new edition of Agroexpo, a fair that focuses its activities on the agricultural and livestock world, with around 20 invited countries, exhibitions and forums. The event is held until July 21. (Photo by Mauricio Duenas Castaneda/EPA/EFE) 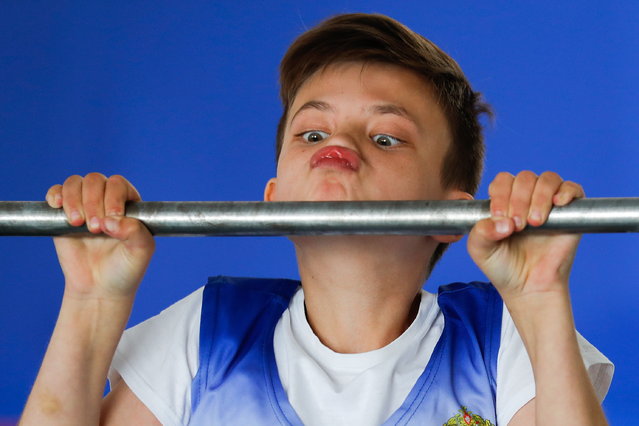