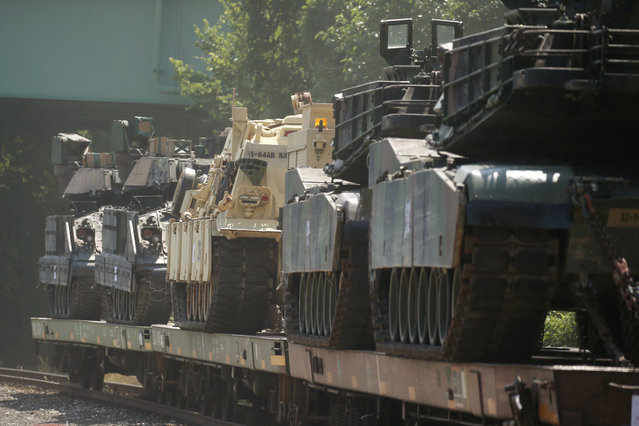 M1 Abrams tanks and other armored vehicles sit atop flat cars in a rail yard after U.S. President Donald Trump said tanks and other military hardware would be part of Fourth of July displays of military prowess in Washington, U.S., July 2, 2019. (Photo by Leah Millis/Reuters) 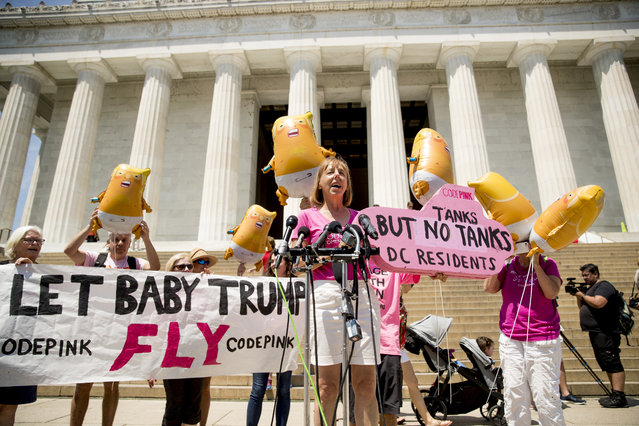 U.S. activist Medea Benjamin, co-founder of the anti-war group Code Pink holds a sign that reads “Tanks But No Tanks DC Residents”, as she speaks at a news conference in front of the Lincoln Memorial near where workers set up for President Donald Trump's 'Salute to America' event honoring service branches on Independence Day, Tuesday, July 2, 2019, in Washington. The group is upset by restrictions against flying their “Trump Baby” balloon tomorrow. (Photo by Andrew Harnik/AP Photo) 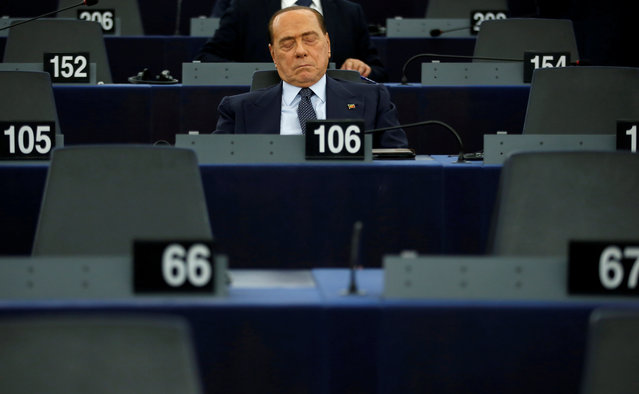 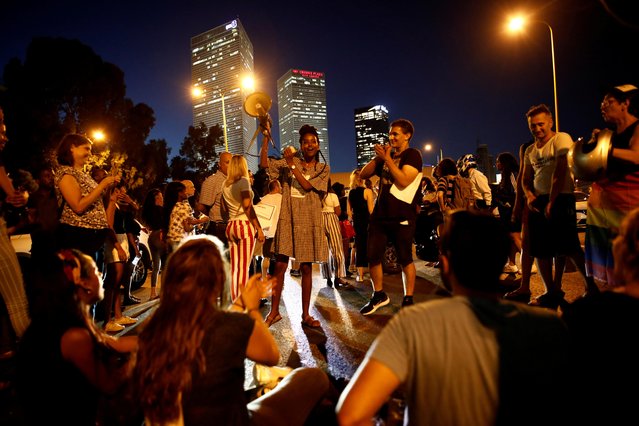 Israeli members of the Ethiopian community block a road in the coastal city of Netanya on July 02, 2019, to protest the killing of Solomon Tekah, a young man of Ethiopian origin who was killed by an off-duty police officer. Protests in Israel over an off-duty police officer's killing of a young man of Ethiopian origin renewed today, as the incident drew fresh accusations of racism. Crowds of Ethiopian-Israelis battled police and blocked highways in at least 10 junctions across the country beginning in the late afternoon, with over a dozen protesters detained and thousands of motorists held motionless in huge traffic jams. Teka was shot in Kiryat Haim, a town near the northern port city of Haifa. (Photo by Corinna Kern/Reuters) 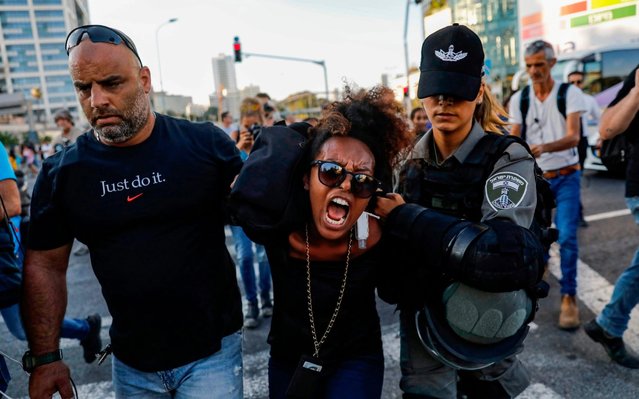 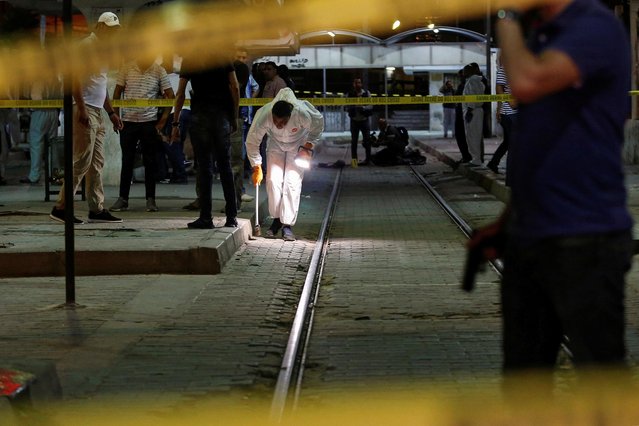 Onlookers gather at the scene outside a metro station where a man reportedly wearing an explosive belt blew himself up in the early hours of July 3, 2019 in the capital Tunis, after being chased by police. The Tunisian interior ministry said a jihadist, on the run for two days, was killed on July 3 in the western Tunis neighbourhood of Cité Intilaka while security forces were chasing him to detain him. The official sources said the suspect blew himself up during the police operation. (Photo by Zoubeir Souissi/Reuters) 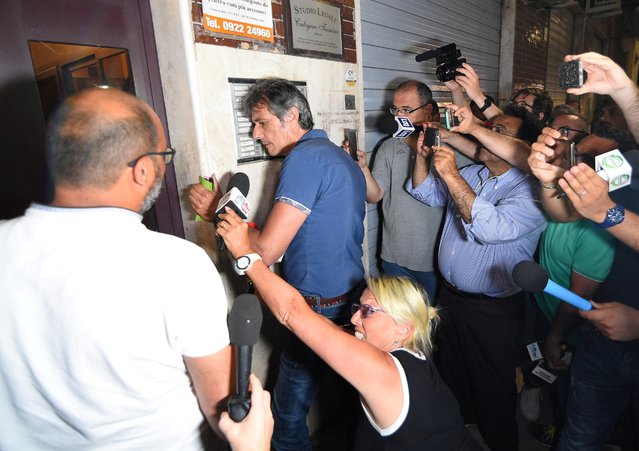 A plain clothes finance police officer rings the intercom of the building where Sea-Watch 3 captain Carola Rackete is staying, in Agrigento, Sicily, Italy, July 2, 2019. An Italian judge ruled that Rackete had not broken the law by crashing through a naval blockade, saying that by bringing rescued migrants to port she was carrying out her duty to protect life. (Photo by Guglielmo Mangiapane/Reuters) 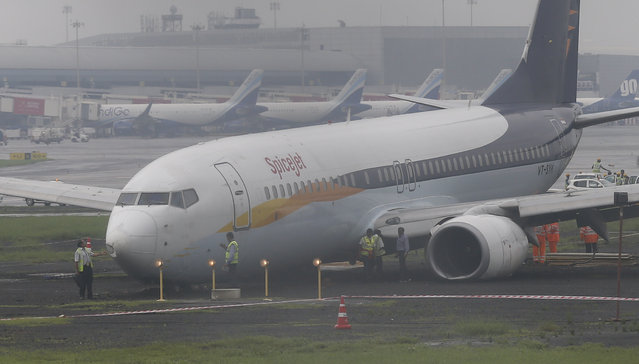 A domestic flight that skidded off the main runway late Monday night during heavy monsoon rains is seen at the Mumbai airport in Mumbai, India, Tuesday, July 2, 2019. Heavy monsoon rains in western India caused at least three walls to collapse onto huts and city shanties, killing more than two dozen people and injuring dozens of others, officials said Tuesday, as forecasters warned of more rains. (Photo by Rafiq Maqbool/AP Photo) 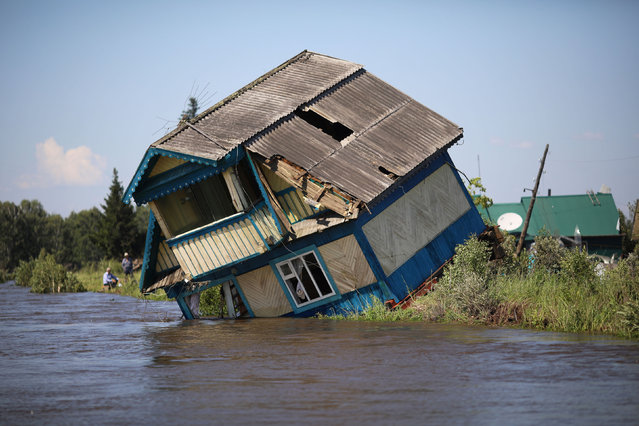 A view of the rubble brought by the Iya River to the R255 Sibir route in the flooded town of Tulun in Irkutsk Region, Russia on July 2, 2019. Heavy rains have caused floods in Russia's Irkutsk Region; a state of emergency has been declared in the area. (Photo by Reuters/Stringer) 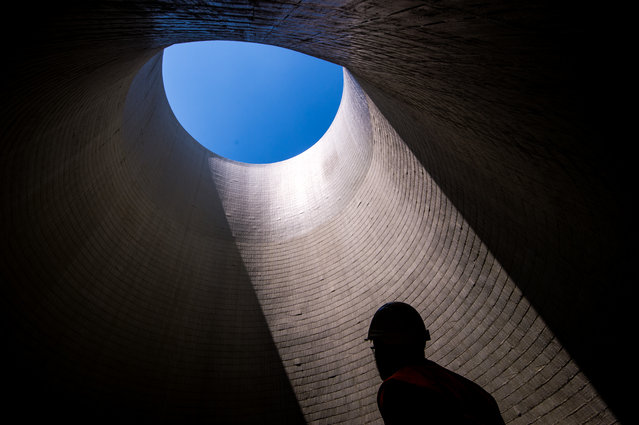 An employee stands inside the cooling tower of the third and fourth unit still under construction at Mochovce nuclear power plant, western Slovakia, on July 2, 2019. Top Slovak power producer Slovenske Elektrarne (SE) operates the nuclear power plant in Mochovce. Launching of the two new units has been a cause for concern in neighbouring Austria, which has repeatedly criticised what it insists are their poor safety standards. (Photo by Vladimir Simicek/AFP Photo) 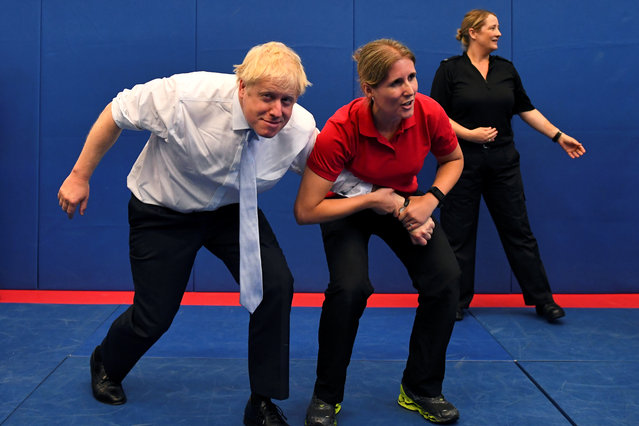 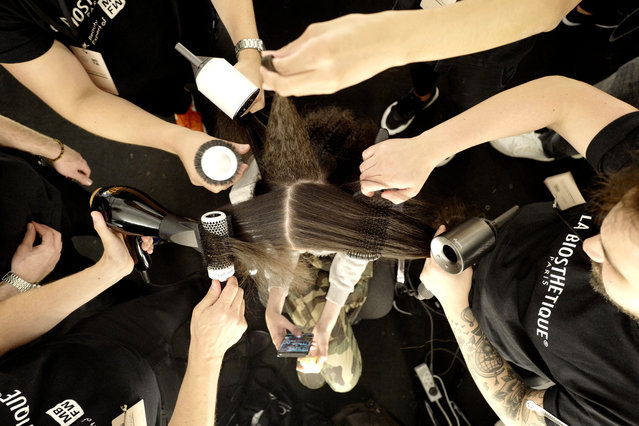 A general view backstage ahead of the Riani show during the Berlin Fashion Week Spring/Summer 2020 at ewerk on July 03, 2019 in Berlin, Germany. (Photo by Joern Pollex/Getty Images for Riani) 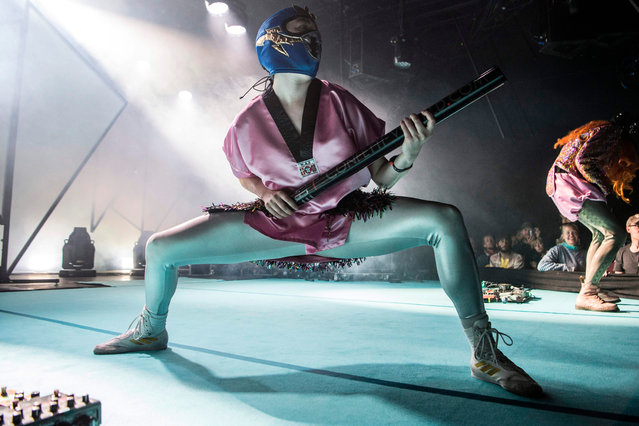