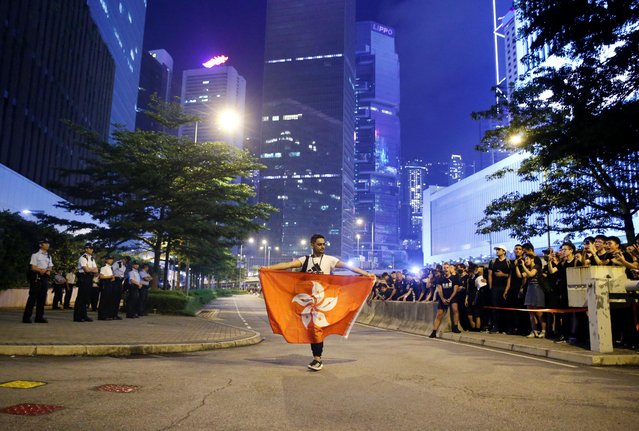 A protester holds a flag of Hong Kong as he attends a demonstration demanding Hong Kong's leaders to step down and withdraw the extradition bill, outside Office of the Chief Executive in Hong Kong, China, June 16, 2019. (Photo by Thomas Peter/Reuters) 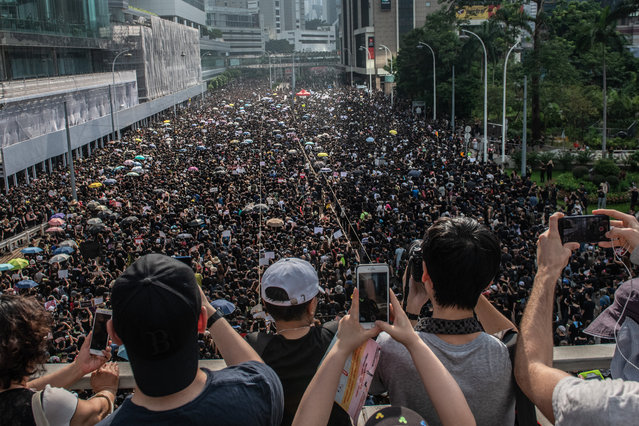 People take photographs as protesters match on the road below beneath during a demonstration against the now-suspended extradition bill on June 16, 2019 in Hong Kong. Large numbers of protesters rallied on Sunday despite an announcement yesterday by Hong Kong's Chief Executive Carrie Lam that the controversial extradition bill will be suspended indefinitely. (Photo by Carl Court/Getty Images) 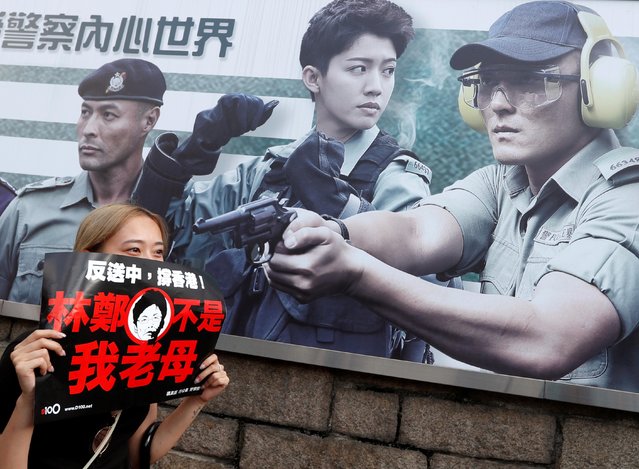 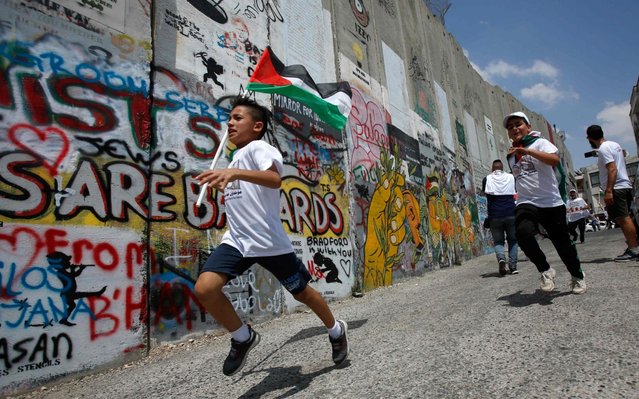 A Palestinian boy runs with his national flag along Israel's controversial separation barrier, which divides the occupied West Bank from Jerusalem, during the “Run for Freedom” marathon in Bethlehem on June 16, 2019, in protest against Trump's expected peace plan proposal. (Photo by Musa Al Shaer/AFP Photo) 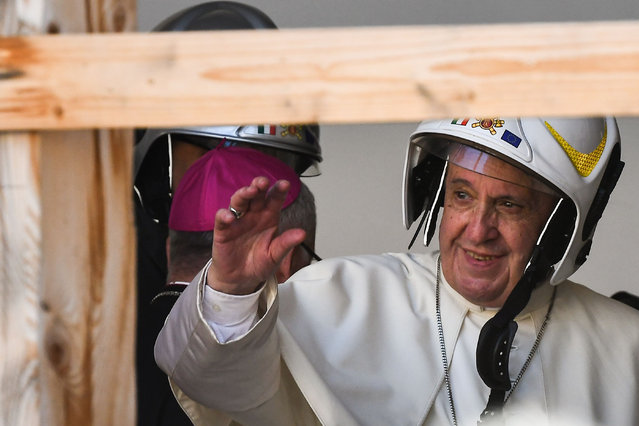 Pope Francis, wearing a safety helmet, waves as he prepares to enter the cathedral of Camerino as part of a visit on June 16, 2019 to the areas affected by the August 24, 2016 earthquake in the diocese of Camerino-San Severino Marche. (Photo by Vincenzo Pinto/AFP Photo) 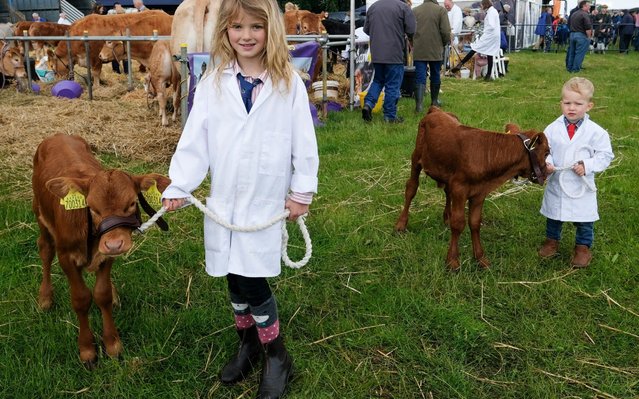 Jessie, 8 and George Barker, 3, from Kirkby Moorside hold their calves ahead of judging during the 41st North Yorkshire County Show at Camp Hill Estate on June 16, 2019 in Bedale, England. The North Yorkshire County Show is a traditional agricultural show with judging taking place for cattle, sheep, poultry, rabbit and cavy, show jumping and light horse events. Other activities at the show include a dog show, classic car display, vintage engines and tractors, farrier competition, a parade of hounds and the best dressed heavy horse. (Photo by Ian Forsyth/Getty Images) 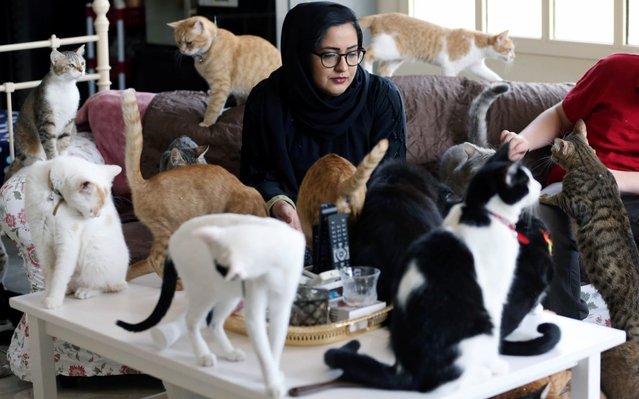 Dr. Amna Al Ahbabi who rescues stray and abandoned cats is seen at her home in Al Ain city, UAE on June 11, 2019. (Photo by Satish Kumar/Reuters) 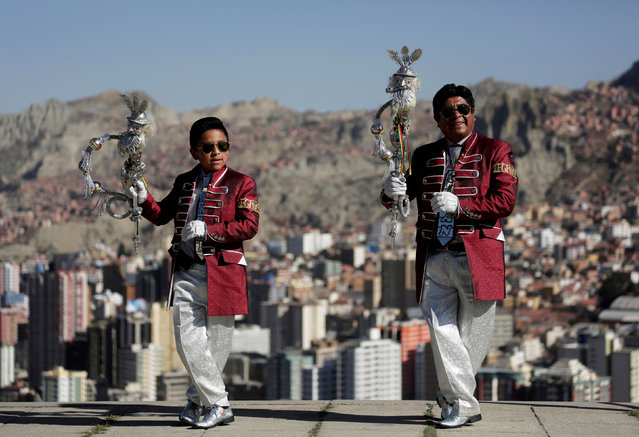 Santos Poma and his grandson Ariel pose for a photo before a parade in honor of “Senor del Gran Poder” (Lord of Great Power) in La Paz, Bolivia, June 6, 2019. (Photo by David Mercado/Reuters) 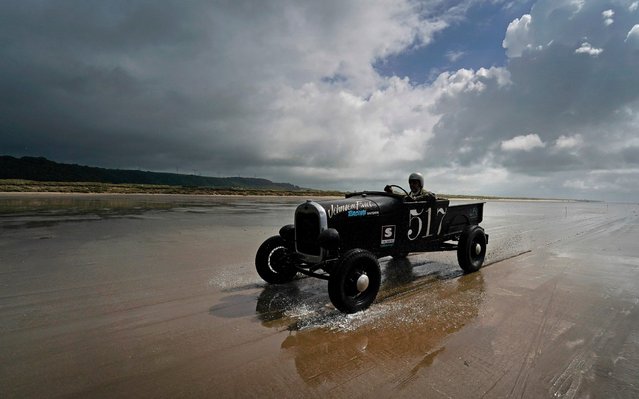 A Ford Model A make its return to the pit area during the Vintage Hot Rod Racing on Pendine Sands on June 16, 2019 in Carmarthen, Wales. (Photo by Alan Crowhurst/Getty Images) 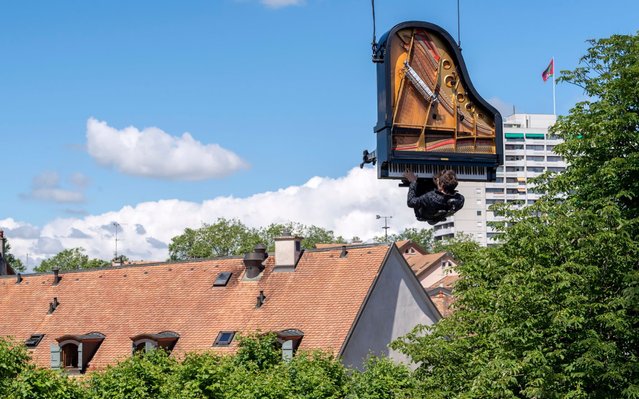 Pianist-composer Alain Roche playes his vertical piano during a performance on the occasion of an Open Day at the construction site of the future Theatre de Carouge, in Geneva, Switzerland, 16 June 2019. (Photo by Martial Trezzini/EPA/EFE/Rex Features/Shutterstock) 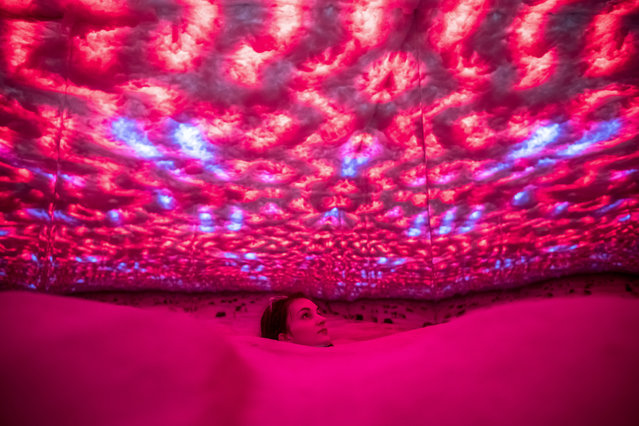 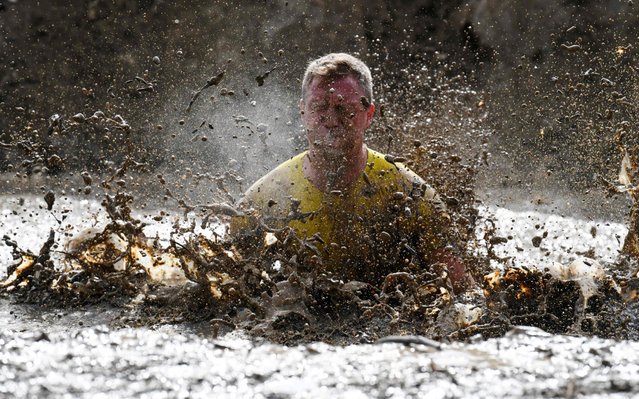 A runner jumps in a mud pit as he takes part in the Mud Day, a 13km race with obstacles in Beynes, near Paris on June 16, 2019. (Photo by Alain Jocard/AFP Photo) 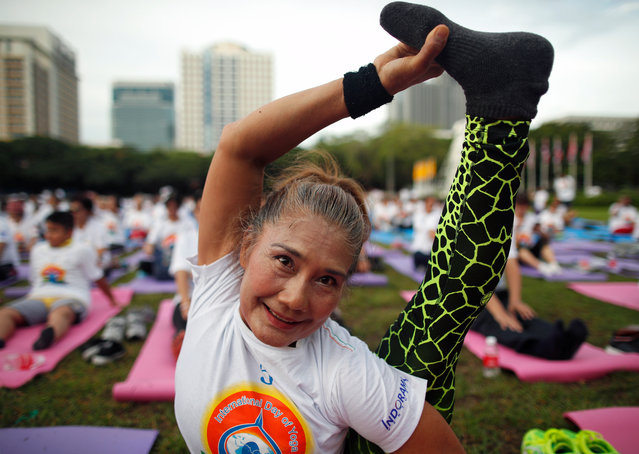