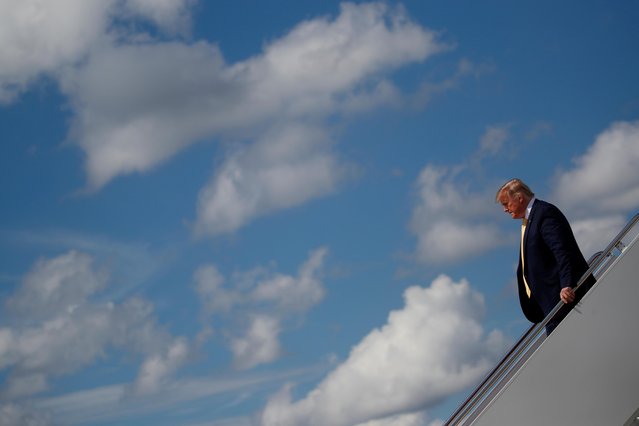 U.S. President Donald Trump steps off Air Force One as he returns to Washington at Joint Base Andrews, Maryland, U.S., June 19, 2019. (Photo by Carlos Barria/Reuters) 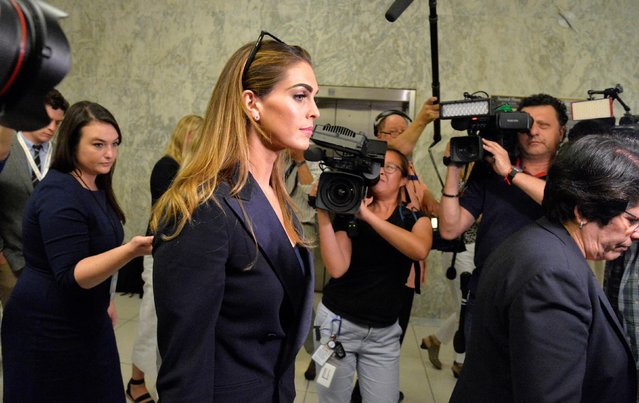 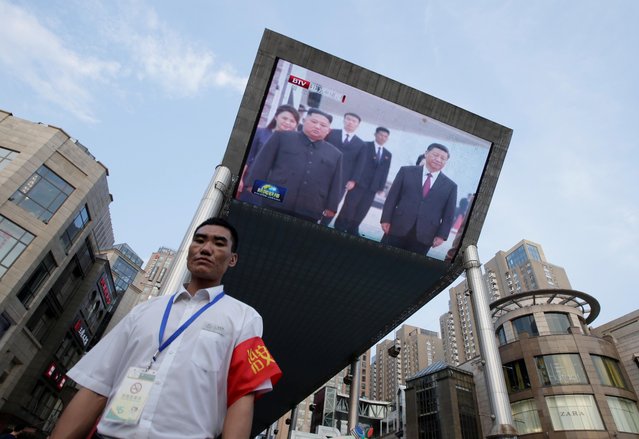 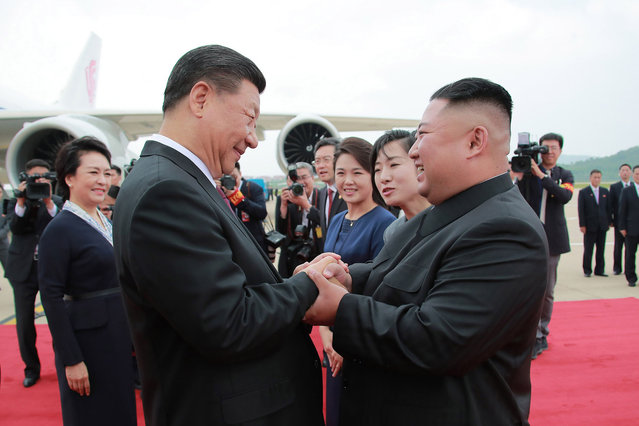 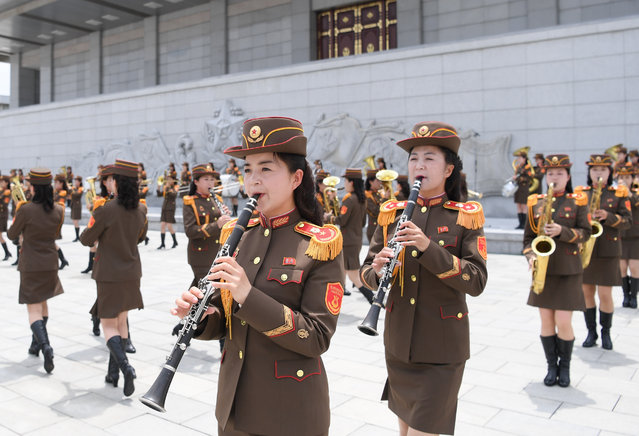 A military band prepares to welcome General Secretary of the Central Committee of the Communist Party of China and Chinese President Xi Jinping at the square of the Kumsusan Palace of the Sun in Pyongyang, capital of the Democratic People's Republic of Korea (DPRK), June 20, 2019. Xi arrived here Thursday for a state visit to the DPRK. (Photo by Xinhua News Agency/Barcroft Media) 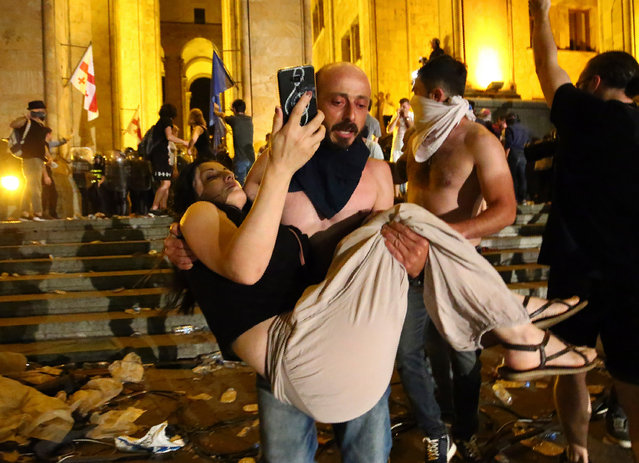 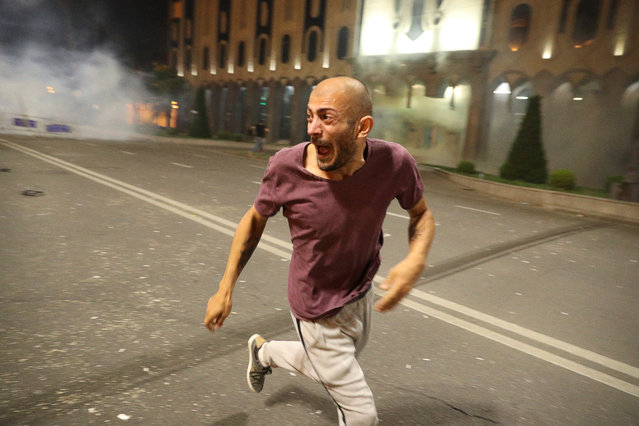 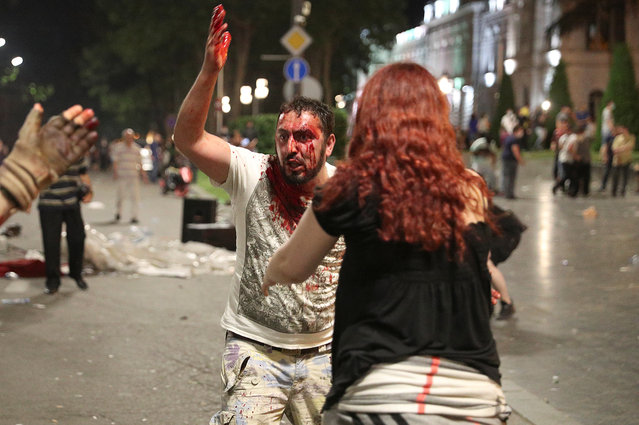 A man with blood on his face reacts after he was injured during a rally against a Russian lawmaker's visit in Tbilisi, Georgia on June 21, 2019. (Photo by Irakli Gedenidze/Reuters) 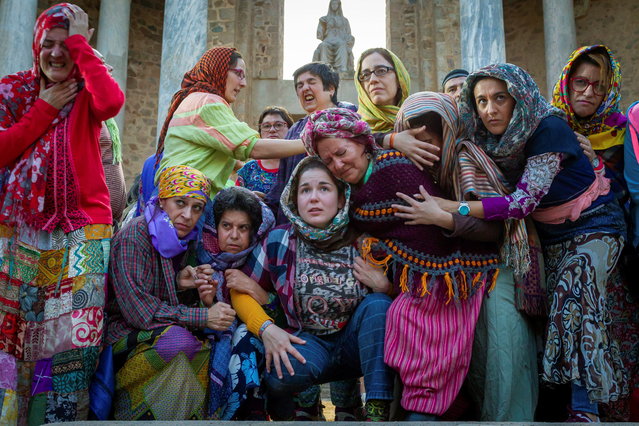 Some participants, many of them disabled people, take part in a rehearsal of an opera at Roman Theatre in Merida, Spain, 20 June 2019. Around 400 people take part in an World's unique experience to get closer and make accessible the opera. (Photo by Jero Morales/EPA/EFE)

A scarecrow stands in a corn field in front of the Neurath coal power plant of German utility RWE in Neurath, west of Cologne, Germany, June 19, 2019. (Photo by Wolfgang Rattay/Reuters) 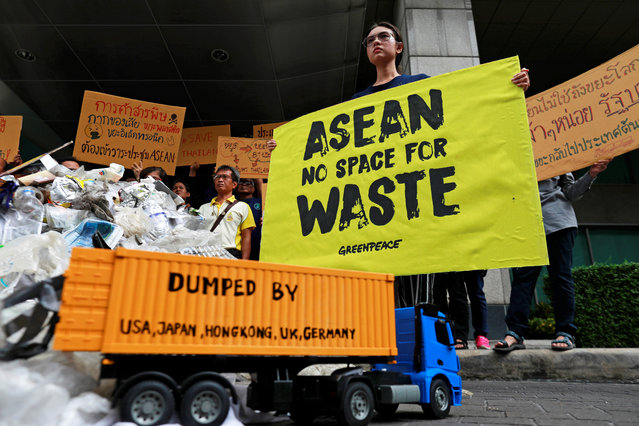 Greenpeace activists protest in front of the Foreign Ministry ahead of the 34th ASEAN summit in Bangkok, Thailand on June 20, 2019. (Photo by Soe Zeya Tun/Reuters) 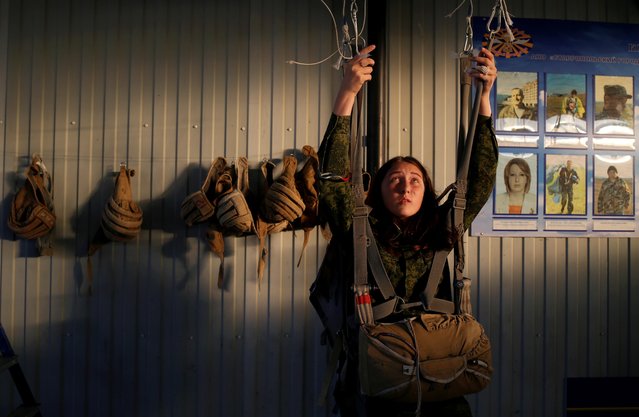 A student of the General Yermolov Cadet School trains before boarding a plane as she takes part in a parachute jumping exercise at an airfield in the village of Novomaryevskaya outside Stavropol, Russia on June 20, 2019. (Photo by Eduard Korniyenko/Reuters) 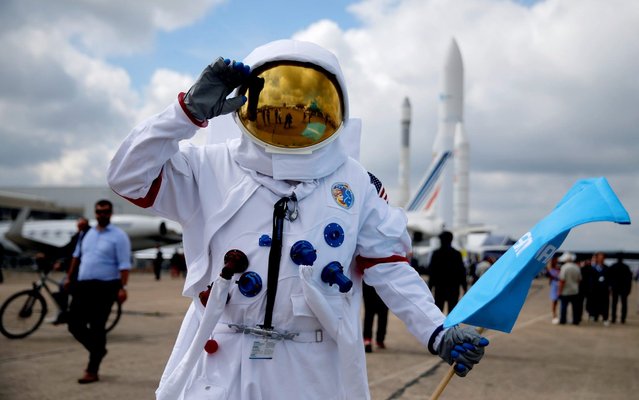 A man who works at Cobham Aerospace Communications company wears an astronaut suit at the 53rd International Paris Air Show at Le Bourget Airport near Paris, France on June 20, 2019. (Photo by Pascal Rossignol/Reuters) 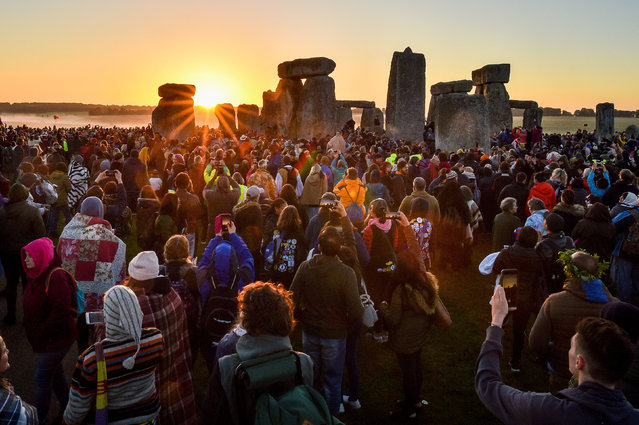 Visitors celebrate summer solstice and the dawn of the longest day of the year at Stonehenge on June 21, 2019 in Amesbury, England. Visitors and modern day druids gather at the 5,000 year old stone circle in Wiltshire to see the sunrise on the Summer Solstice dawn in a tradition dating back thousands of years. The solstice sunrise marks the start of the longest day of the year in the Northern Hemisphere. (Photo by Ben Birchall/PA Wire Press Association) 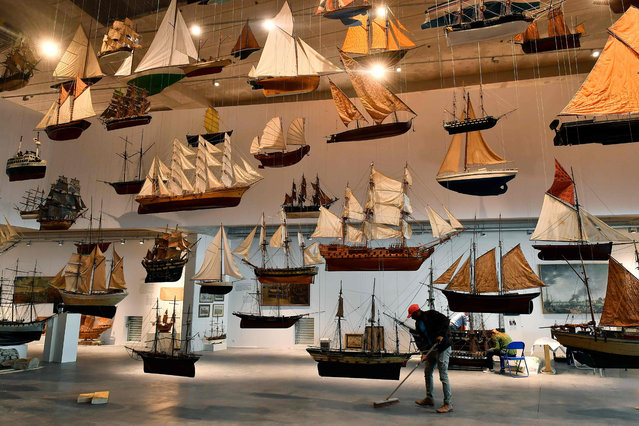 A racegoer reacts as she arrives on the third day of the annual Royal Ascot horse race meeting, which is traditionally known as Ladies Day, in Ascot, England Thursday June 20, 2019. (Photo by Alastair Grant/AP Photo) 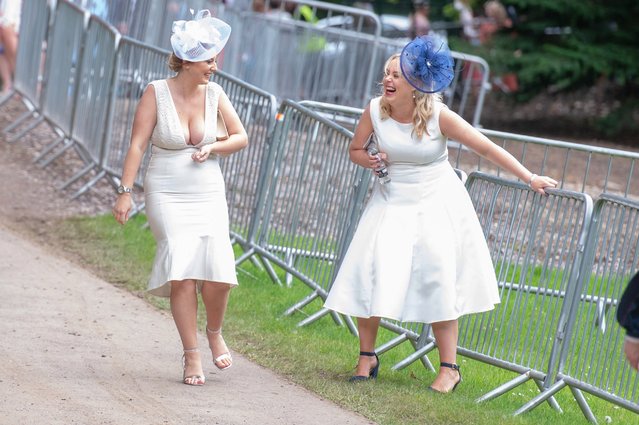 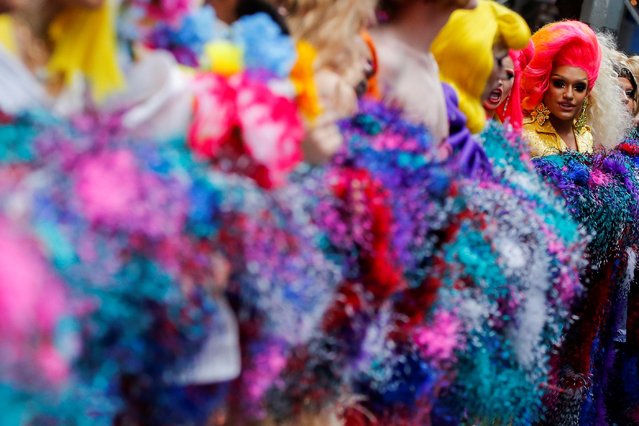 A Drag Queen helps to set a Guinness World Record for the longest feather boa at 1.2 miles, along 42 St, in Times Square in New York, U.S., June 20, 2019. (Photo by Eduardo Munoz/Reuters) 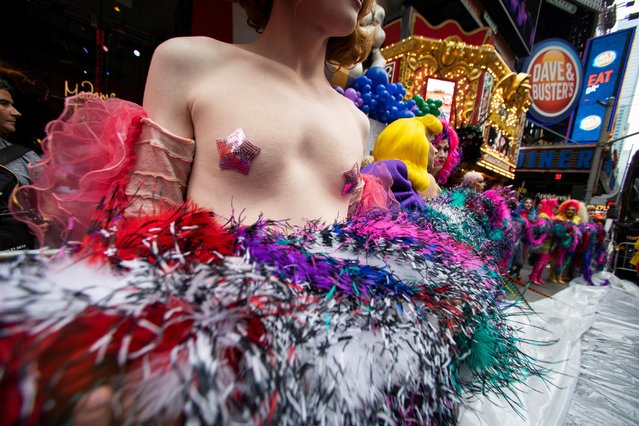