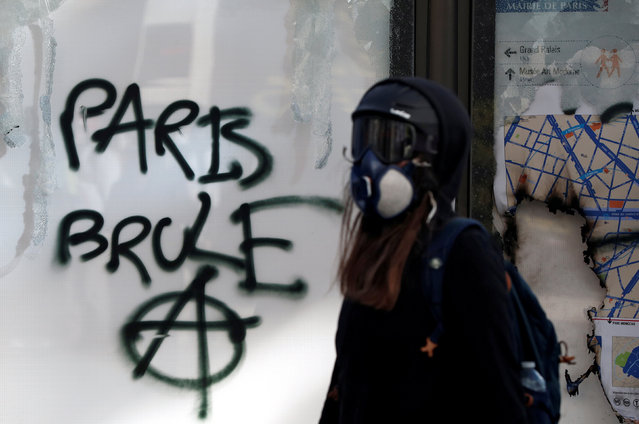 A protester walks past a graffiti during a demonstration by the “yellow vests” movement in Paris, France, March 16, 2019. The graffiti reads: “Paris burns”. Paris police say more than 100 people have been arrested amid rioting in the French capital by yellow vest protesters and clashes with police. They set life-threatening fires, smashed up luxury stores and clashed with police firing tear gas and water cannon. (Photo by Benoit Tessier/Reuters) 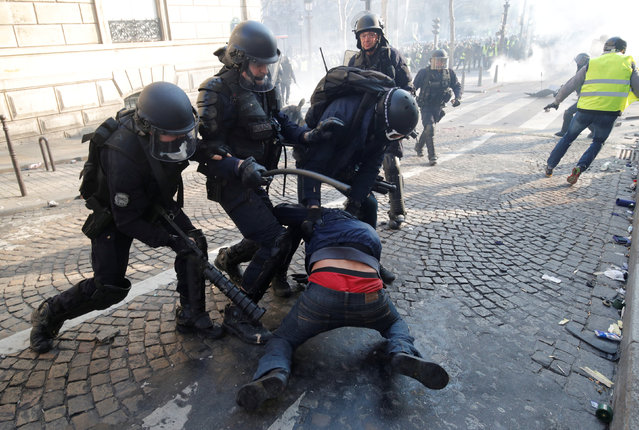 French riot police detain a protester during a demonstration by the “yellow vests” movement in Paris, France, March 16, 2019. (Photo by Philippe Wojazer/Reuters) 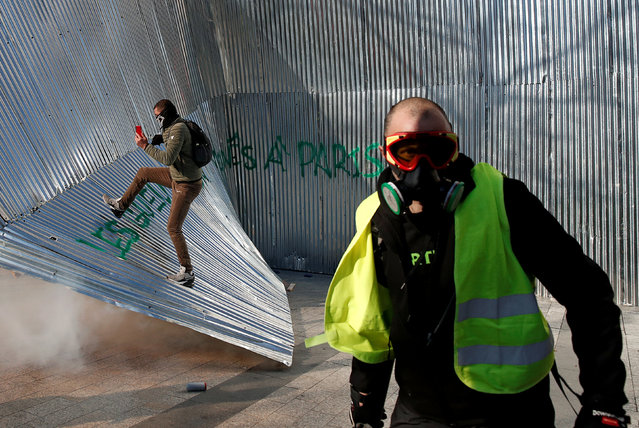 A protester wearing a yellow vest walks in front of demolished metal fencing during a demonstration by the “yellow vests” movement in Paris, France, March 16, 2019. (Photo by Benoit Tessier/Reuters) 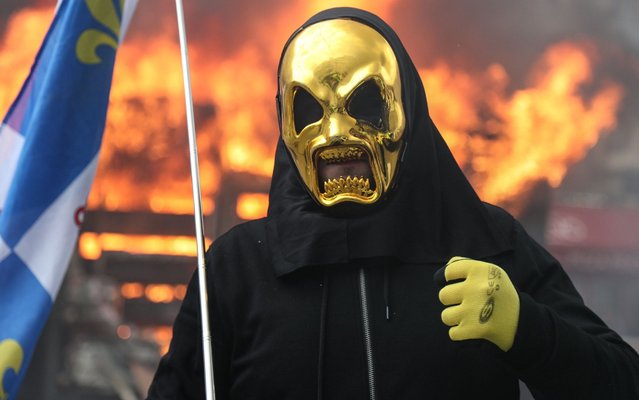 A Yellow Vest protester wearing a gold mask takes part in Paris on March 16, 2019, in the 18th consecutive Saturday of demonstrations called by the “Yellow Vest” (gilets jaunes) movement. Demonstrators hit French city streets again on March 16, for a 18th consecutive week of nationwide protest against the French President's policies and his top-down style of governing, high cost of living, government tax reforms and for more “social and economic justice”. (Photo by Zakaria Abdelkafi/AFP Photo) 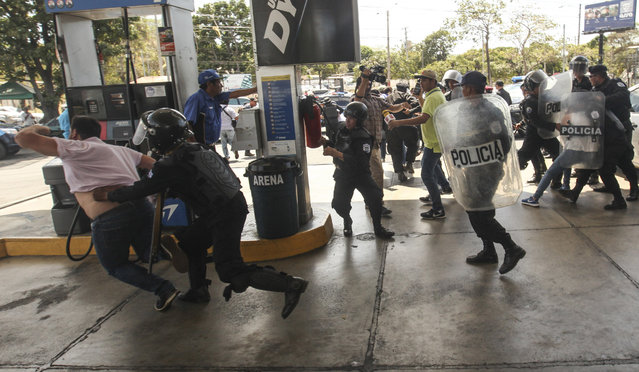 Police detain protesters in Managua, Nicaragua, Saturday, March 16, 2019. Nicaragua's government banned opposition protests in September and police broke up Saturday's attempt at a demonstration to pressure the government to release hundreds of protesters held in custody since 2018. (Photo by Alfredo Zuniga/AP Photo) 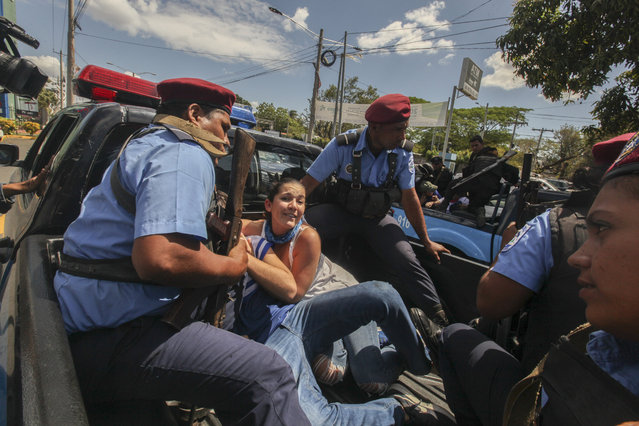 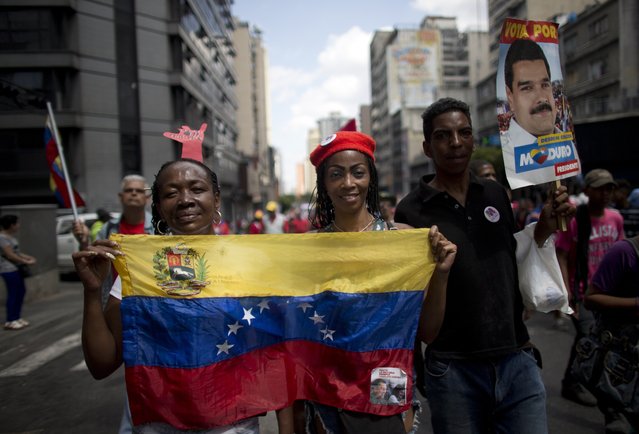 Supporters of Venezuela's President Nicolas Maduro holds a national flag as they take part in an anti-imperialist march in Caracas, Venezuela, Saturday, March 16, 2019. Many were clad in red, the color associated with the movement led by Chavez, the former military officer who declared a socialist “revolution” after coming to power in 1999. (Photo by Ariana Cubillos/AP Photo) 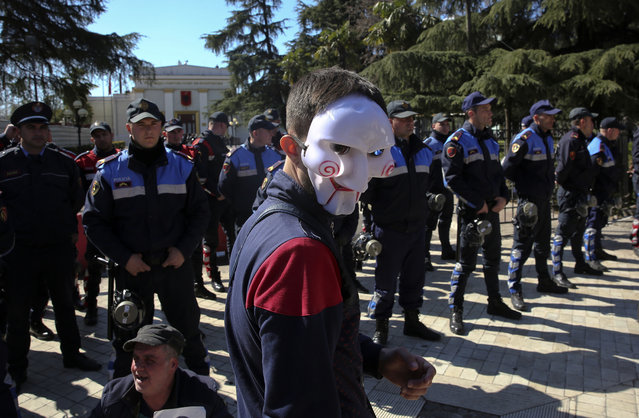 A protester wearing a mask walks near police guarding the parliament building, as thousands of opposition supporters protest in Tirana, Albania on Saturday, March 16, 2019. Albanian opposition supporters clashed with police while trying to storm the parliament building Saturday in a protest against the government which they accuse of being corrupt and linked to organized crime. (Photo by Visar Kryeziu/AP Photo) 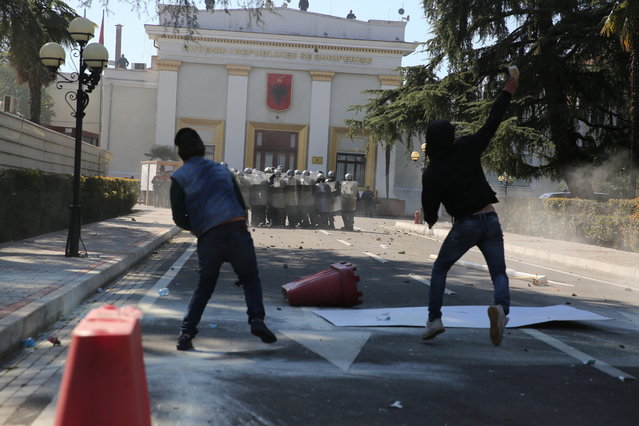 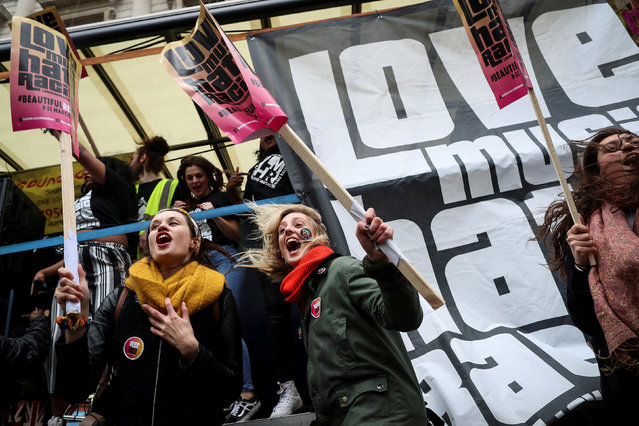 Protesters dance to music as they take part in an anti-racism march in London, Britain on March 16, 2019. (Photo by Simon Dawson/Reuters) 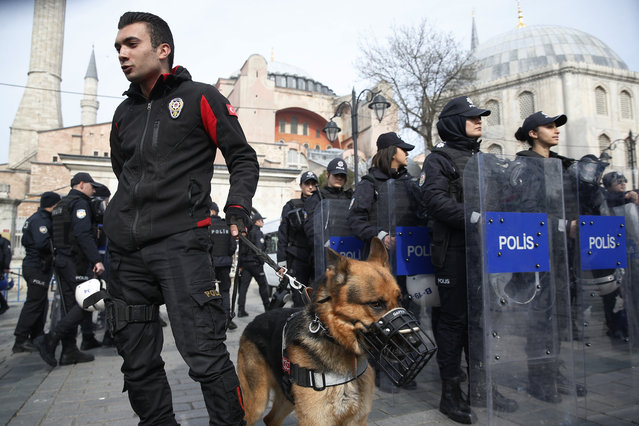 Backdropped by the Byzantine-era Hagia Sophia, Turkish police officers provide security during a protest against the mosque attacks in New Zealand in Istanbul, Saturday, March 16, 2019. World leaders expressed condolences and condemnation following the deadly attacks on mosques in the New Zealand city of Christchurch, while Muslim leaders said the mass shooting was evidence of a rising tide of violent anti-Islam sentiment. (Photo by Lefteris Pitarakis/AP Photo) 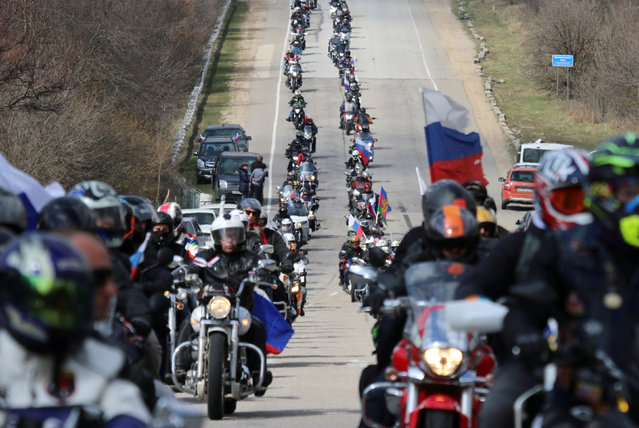 Bikers, including members of the motorcycling club “Night Wolves”, ride before a festive event marking the fifth anniversary of Russia's annexation of Crimea on Mount Gasforta in Sevastopol, Crimea March 16, 2019. (Photo by Alexey Pavlishak/Reuters) 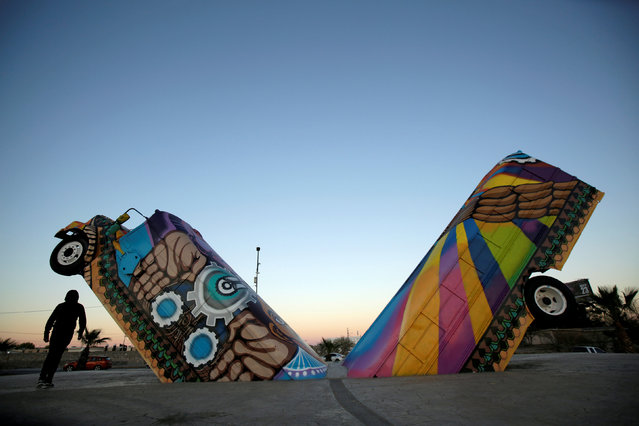 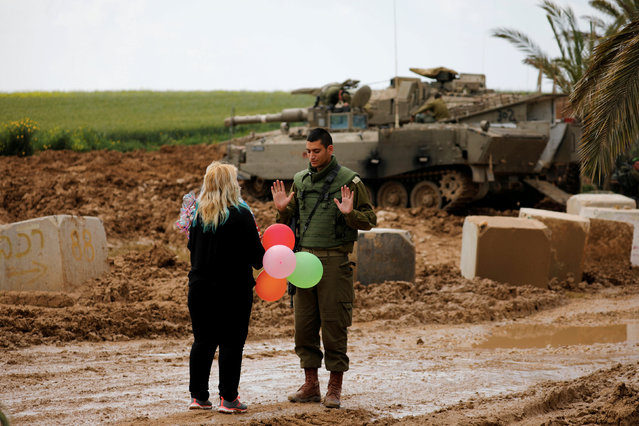 A woman gives balloons to an Israeli soldier near the border between Israel and Gaza on its Israeli side, March 15, 2019. (Photo by Amir Cohen/Reuters) 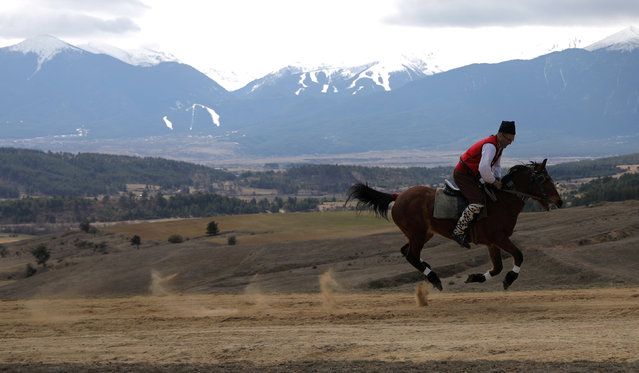 A man rides a horse during celebrations marking the traditional holiday Todorov Den, also known as Horse Easter, near the village of Bachevo, Bulgaria, March 16, 2019. (Photo by Stoyan Nenov/Reuters) 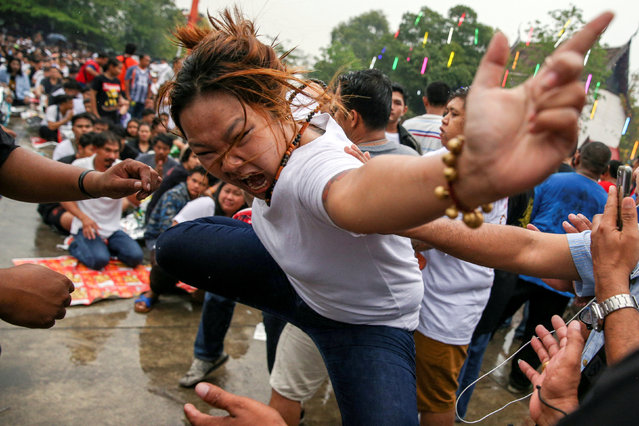 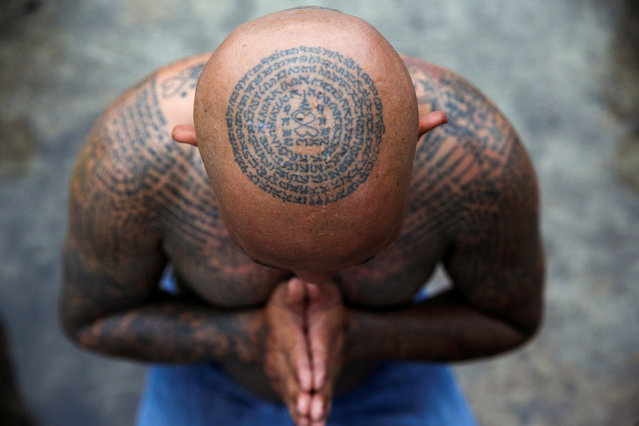