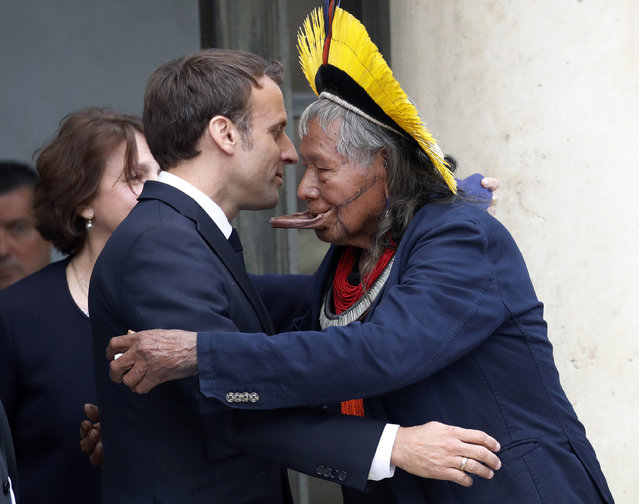 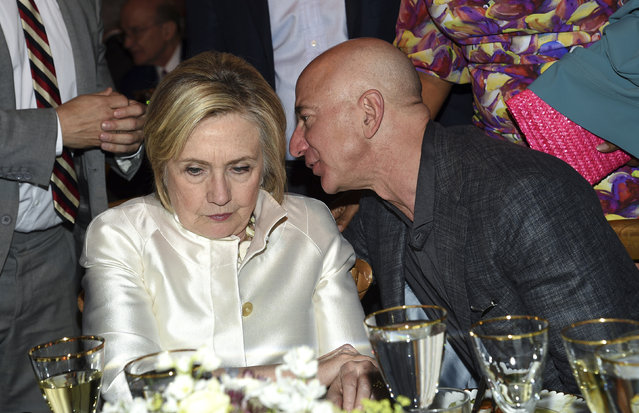 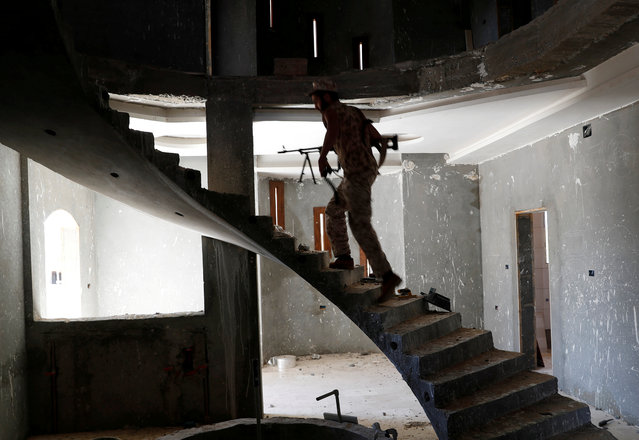 A fighter loyal to Libyan internationally recognised government walk inside a building at outskirts of Tripoli, Libya on May 16, 2019. (Photo by Goran Tomasevic/Reuters) 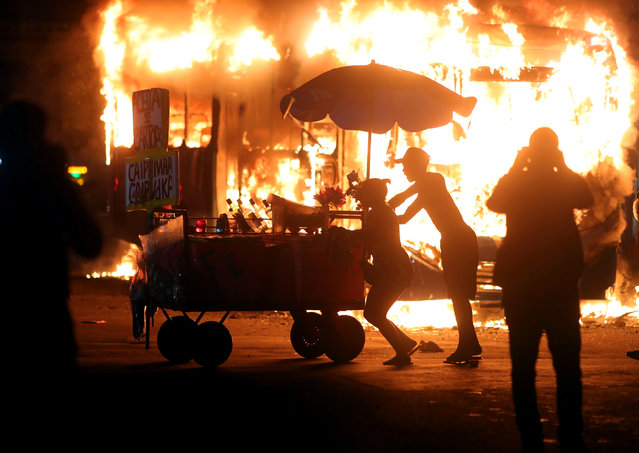 People pass by a bus set on fire during a protest against cuts to federal spending on higher education planned by Brazil's President Jair Bolsonaro's right-wing government, in Rio de Janeiro, Brazil May 15, 2019. (Photo by Ricardo Moraes/Reuters) 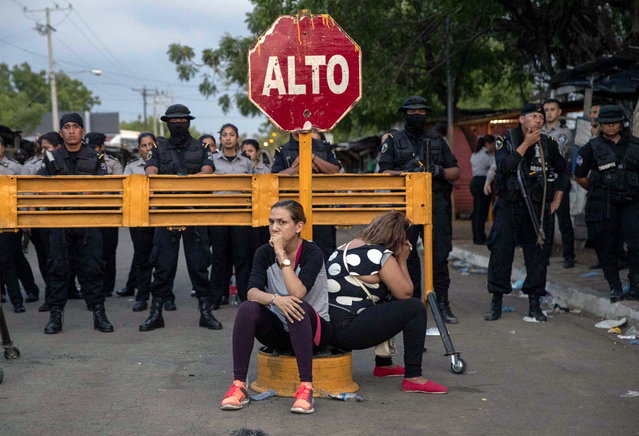 Relatives of “political prisoners” sit in front of riot police during a protest to demand information about detainees, outside the “La Modelo” prison, near Managua, Nicaragua, 16 MAy 2019. At least one person has died after a riot broke out on 16 May. (Photo by Jorge Torres/EPA/EFE) 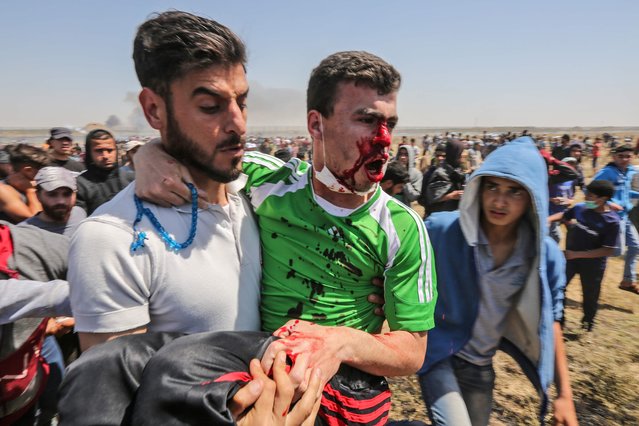 A wounded Palestinian demonstrator is carried away from the border fence during clashes with Israeli forces east of Gaza City in the Gaza Strip on May 15, 2019, following a protest marking 71th anniversary of Nakba – also known as Day of the Catastrophe in 1948. (Photo by Mahmud Hams/AFP Photo) 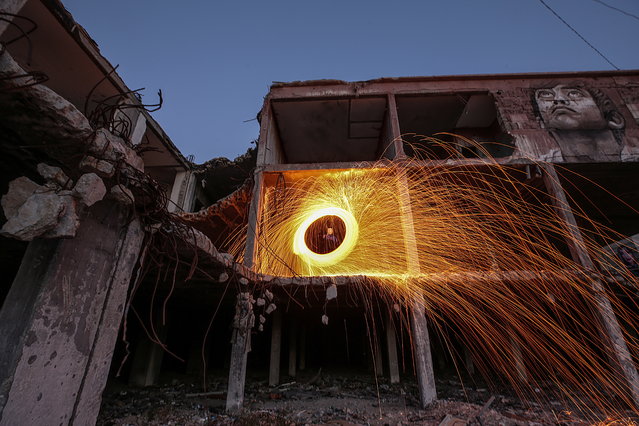 A Palestinian lights fireworks celebrating the holy month of Ramadan in Gaza City, 13 May 2019. A group of Palestinians young's put their aims to light the ruble with fireworks.The group intent is to give hope to the people who lost their houses during Israeli air strike in Gaza. (Photo by Mohammed Saber/EPA/EFE) 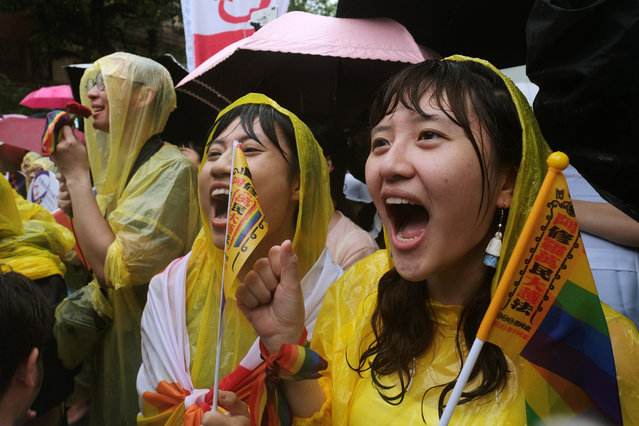 Same-s*x marriage supporters shout during a parliament vote on three draft bills of a same-s*x marriage law, outside the Legislative Yuan in Taipei, Taiwan on May 17, 2019. (Photo by Tyrone Siu/Reuters) 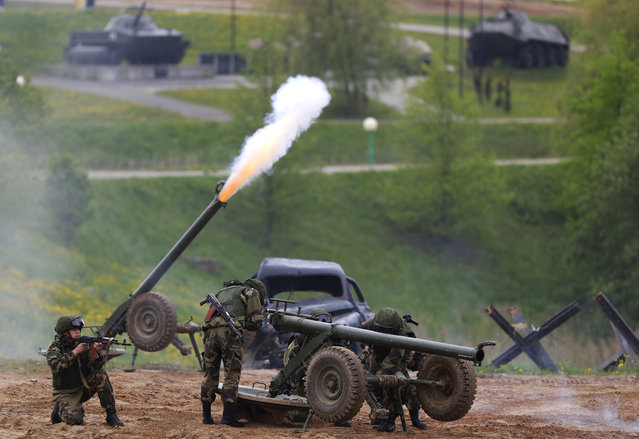 Military show participants perform at the “Stalin Line” memorial near the village of Goroshki, on the outskirts of Minsk, Belarus, Wednesday, May 15, 2019. The show is devoted to opening the 9th international exhibition of arms and military hardware, the Milex 2019. The exhibition runs from May 15 with over 170 companies and enterprises participating from different countries. (Photo by Sergei Grits/AP Photo) 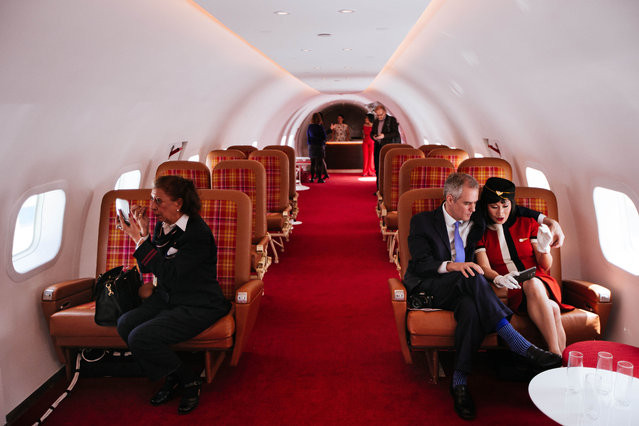 Visitors sit in the cabin of “Connie”, the 1958 Lockheed Constellation airplane restored as a cocktail lounge at the newly opened TWA Hotel at JFK Airport on May 15, 2019 in New York City. The new, 1960's themed hotel built inside the former Trans World Airlines terminal includes high end retail shops, restaurants, and a rooftop bar with runway views. (Photo by Kevin Hagen/Getty Images) 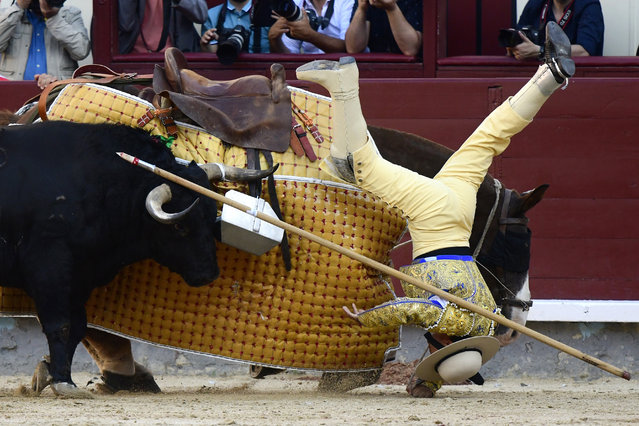 A picador falls from his horse during a bullfight at the Las Ventas bullring during the 2019 San Isidro festival in Madrid on May 15, 2019. (Photo by Gabriel Bouys/AFP Photo) 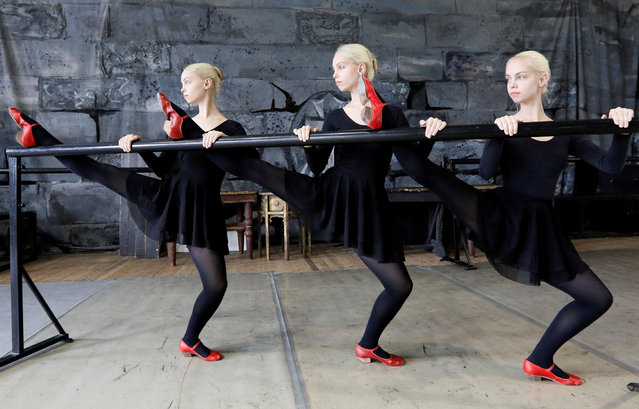 Triplet sisters Natalia, Irina and Tatiana Mironenko attend a rehearsal while preparing for examination performances staged by the graduates of the folk dance faculty of the Krasnoyarsk choreographic college in Krasnoyarsk, Russia May 13, 2019. All three 19-year-old sisters are expected to join the renowned Krasnoyarsk state academic dance ensemble of Siberia after the graduation. (Photo by Ilya Naymushin/Reuters) 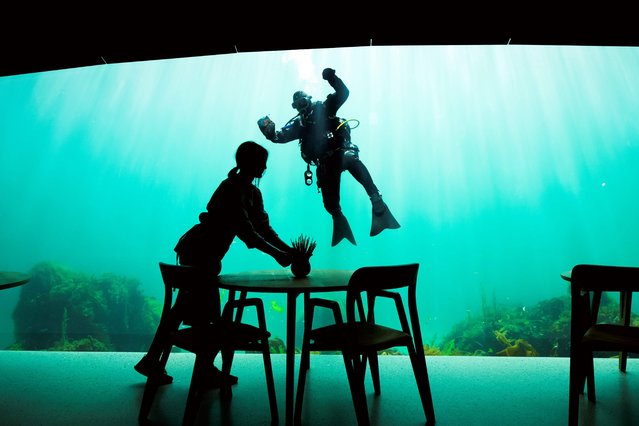 A worker prepares the dining tables as a diver cleans the outside of a viewing window of Under, a restaurant that is semi-submerged beneath the waters of the North Sea on May 2, 2019 in Lindesnes near Kristiansand, some 400 km south west of Oslo. Under, a new restaurant that opened a few weeks ago in Lindesnes, serves up Poseiden's delicacies with a unique view, in an architectural showpiece that stretches five meters (15 feet) underwater. The restaurant is a 34-metre monolith designed by Norwegian firm Snohetta, known for its celebrated buildings such as the Oslo Opera and the 9/11 Memorial Pavilion in New York. (Photo by Jonathan Nackstrand/AFP Photo) 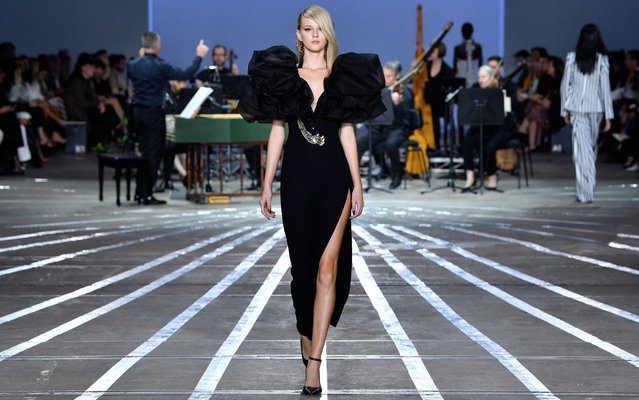