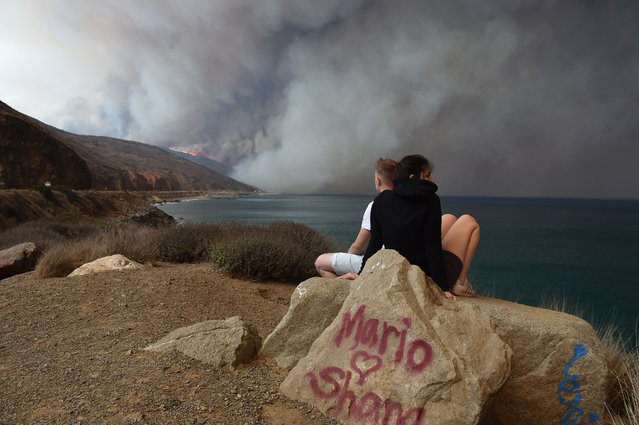 A couple looks out toward the Woolsey Fire as it blows toward the ocean along Pacific Coast Highway (Highway 1) near Malibu, California, November 9, 2018. About 75,000 homes have been evacuated in Los Angeles and Ventura counties due to two fires in the region. (Photo by Robyn Beck/AFP Photo) 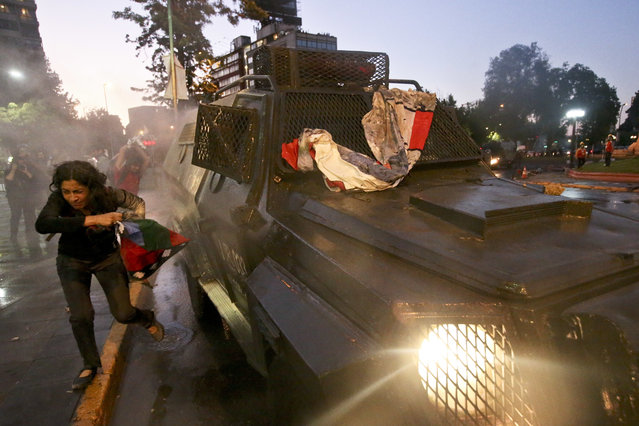 Demonstrators clash with police, after the death of Mapuche indigenous man Camilo Catrillanca during a police operation in La Araucania region of the country, in Santiago, Chile, Thursday, November 15, 2018. The death of Catrillanca, shot in the head when the police was chasing unidentified car thieves, unleashed protests and violence in the troubled indigenous region of La Araucania, as well as in Santiago. (Photo by Esteban Felix/AP Photo) 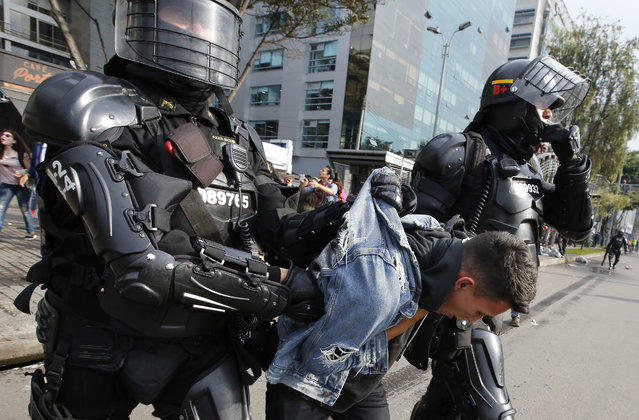 An university student is detained during a protest asking for a hike in the budget for public higher education, in Bogota, Colombia, Thursday, November 15, 2018. The so-called “Pencil March” is the latest in more than a half-dozen street protests in recent months demanding the government step up funding for education. (Photo by Fernando Vergara/AP Photo) 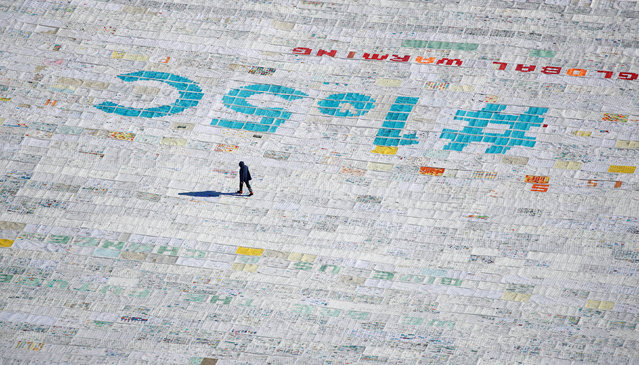 A person walks over 100,000 postcards with messages against climate change, sent by young people from all over the world and stuck together to break the Guinness World Record of the biggest postcard on the Jungfraufirn, the upper part of Europe's longest glacier, the Aletschgletscher, near Jungfraujoch, Switzerland November 16, 2018. (Photo by Arnd Wiegmann/Reuters) 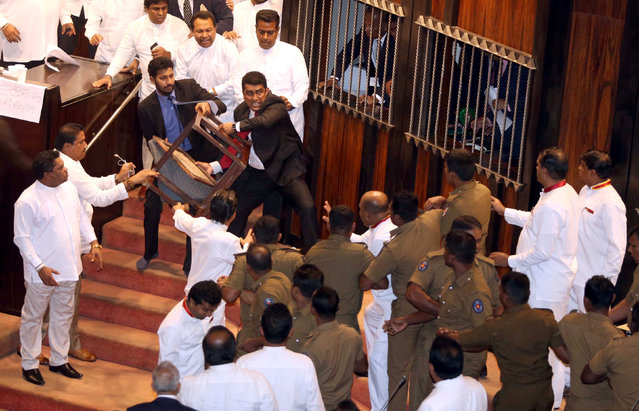 Parliament member Johnston Fernando who is backing newly appointed Prime Minister Mahinda Rajapaksa throws a chair at police who are there to protect parliament speaker Karu Jayasuriya (not pictured) during a parliament session in Colombo, Sri Lanka November 16, 2018. (Photo by Reuters/Stringer) 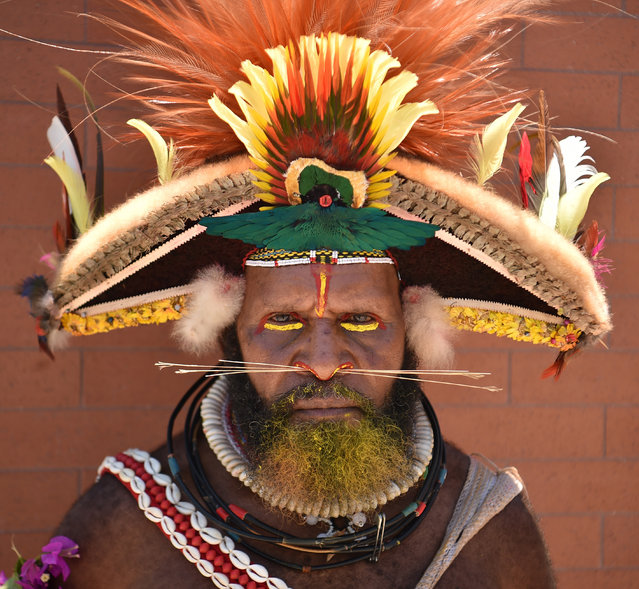 A local tribesman waits to see China's President Xi Jinping during his visit to the Butuka Academy school in Port Moresby on November 16, 2018, ahead of the Asia-Pacific Economic Cooperation (APEC) summit. (Photo by Peter Parks/AFP Photo) 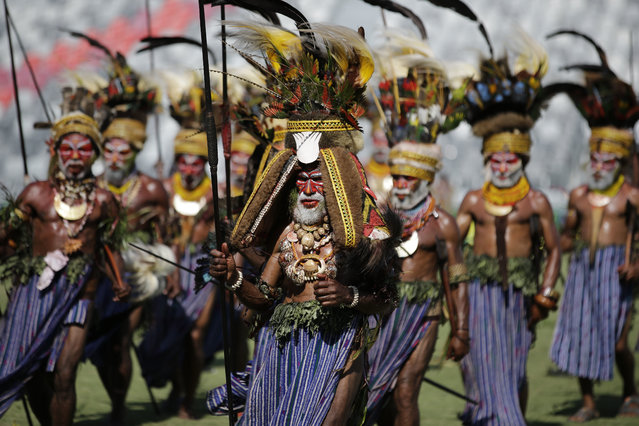 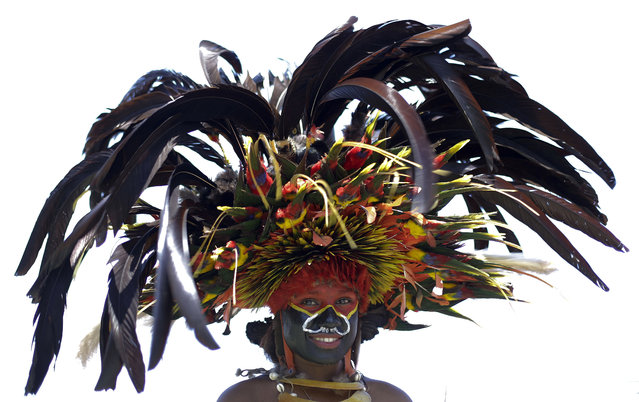 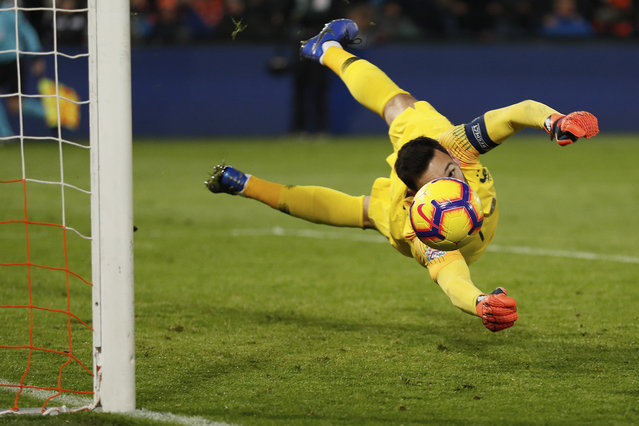 France's goalkeeper Hugo Lloris saves on a shot during the international friendly soccer match between The Netherlands and France at De Kuip stadium in Rotterdam, Netherlands, Friday, November 16, 2018. (Photo by Peter Dejong/AP Photo) 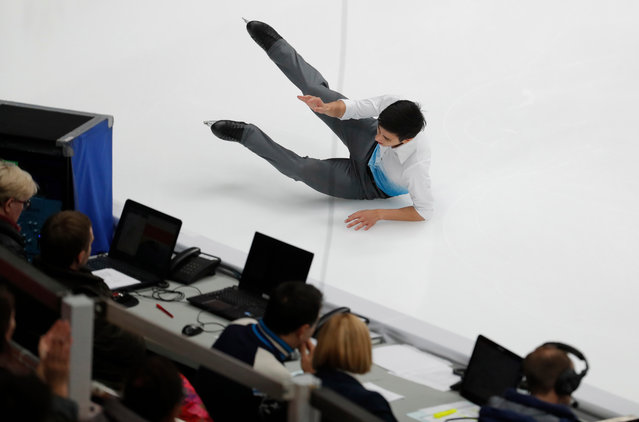 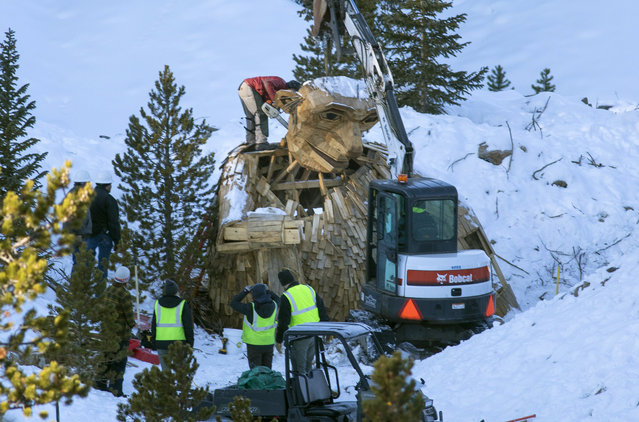 Thursday morning, November 15, 2018, the Town of Breckenridge employees beheads “Isak Hearthstone”, a wooden troll built by artist Thomas Dambo, by a chainsaw to remove it entirely from the Wellington Trail, in Breckenridge, Colo. The troll was created during the Breckenridge Festival of the Arts in August, but got so popular that it caused complaints from nearby homeowners due to tourists visiting, and demanded it to be removed. (Photo by Hugh Carey/Summit Daily News via AP Photo) 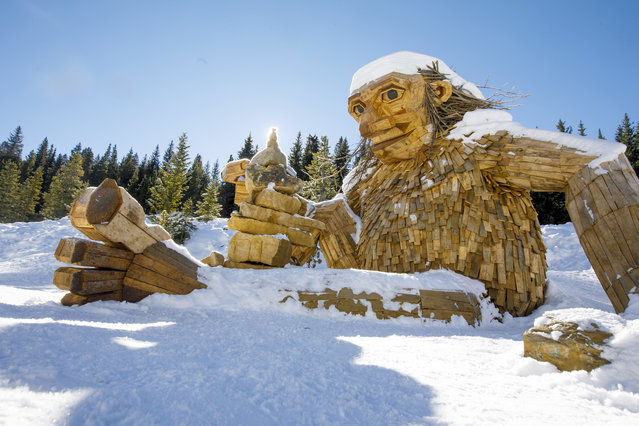 The large wooden troll, “Isak Hearthstone”, made by artist Thomas Dambo during Breckenridge International Festival of the Arts in August, sits in the snow Wednesday, November 14, 2018, along the Wellington Trail in Breckenridge, Colo. (Photo by Hugh Carey/Summit Daily News via AP Photo) 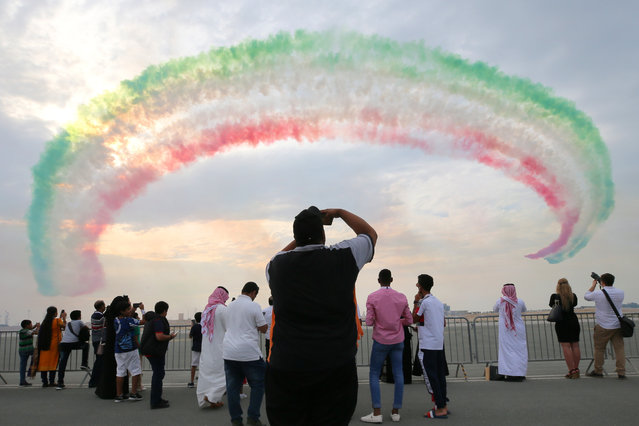 People view a performance by the Frecce Tricolori (313° Gruppo Addestramento Acrobatico) aerobatic demonstration team of the Italian Aeronautica Militare during the 2018 Bahrain International Air Show at the Sakhir air base in Bahrain on November 16, 2018. 33 military delegations from 19 countries and 20 civilian ones from 35 countries take part in the show. (Photo by Sergei Savostyanov/TASS) 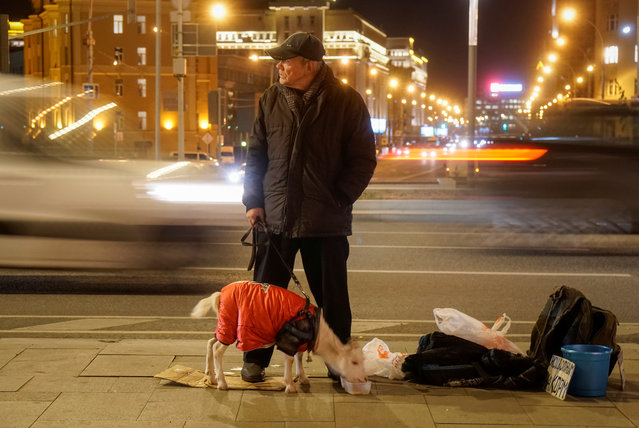 A man with a goat begs for money near a road in the centre of Moscow, Russia, November 15, 2018. (Photo by Shamil Zhumatov/Reuters) 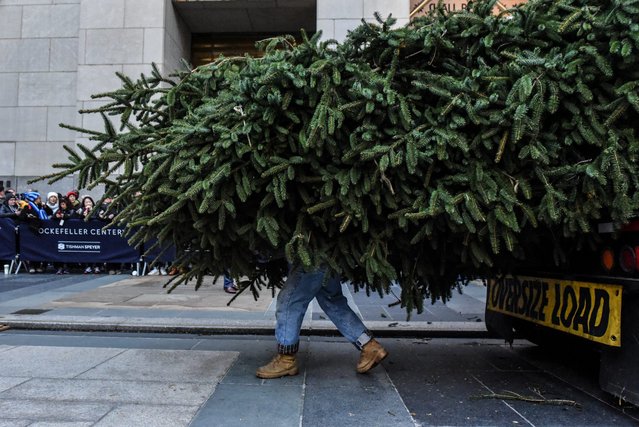 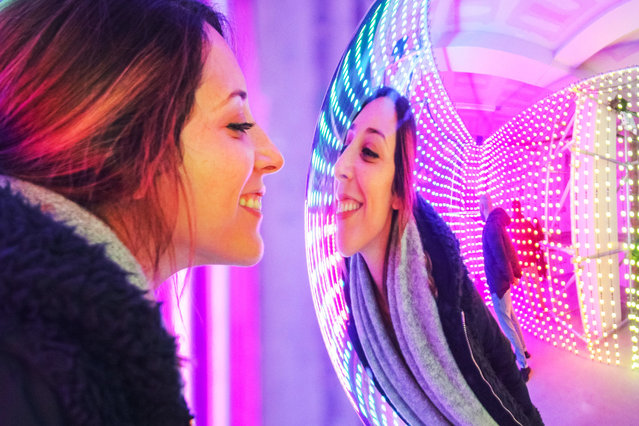 A visitor is reflected in a light installation at Mulberry Lights on Regent Street in London, UK on November 16, 2018. Visitors have fun taking selfies and posing with the colourful light installations. Mulberry Lights is a series of illuminating interactive experiences that celebrate how light, colour, shapes and people come together to create a modern British Christmas. It runs at 100 Regent Street until November 18. The London pop-up is the start of a nationwide campaign with further installations to follow. (Photo by Imageplotter/Rex Features/Shutterstock)
Edit Del
18 Nov 2018 00:07:00, post received 0 comments
Publication archive:
←   →
Popular tags:
All tags
Last searches: