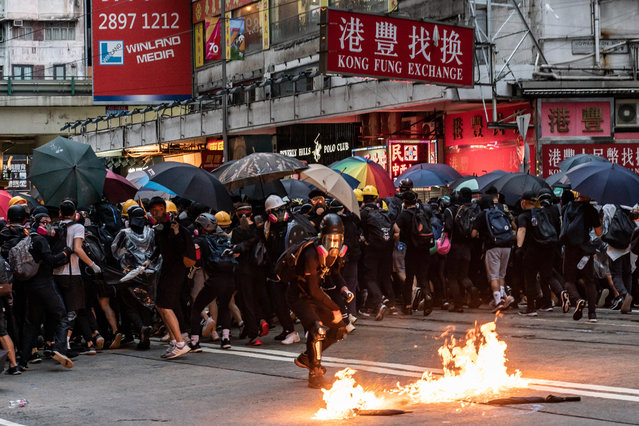 A pro-democracy protester throws a Molotov cocktail during a clash With police at a demonstration in Wan Chai district on October 6, 2019 in Hong Kong, China. Hong Kong's government invoked emergency powers on Friday to introduce an anti-mask law which bans people from wearing masks at public assemblies as the city remains on edge with the anti-government movement entering its fourth month. Pro-democracy protesters marked the 70th anniversary of the founding of the People's Republic of China in Hong Kong as one student protester was shot in the chest in the Tsuen Wan district during with mass demonstrations across Hong Kong. Protesters in Hong Kong continue to call for Chief Executive Carrie Lam to meet their remaining demands since the controversial extradition bill was withdrawn, which includes an independent inquiry into police brutality, the retraction of the word riot to describe the rallies, and genuine universal suffrage, as the territory faces a leadership crisis. (Photo by Anthony Kwan/Getty Images) 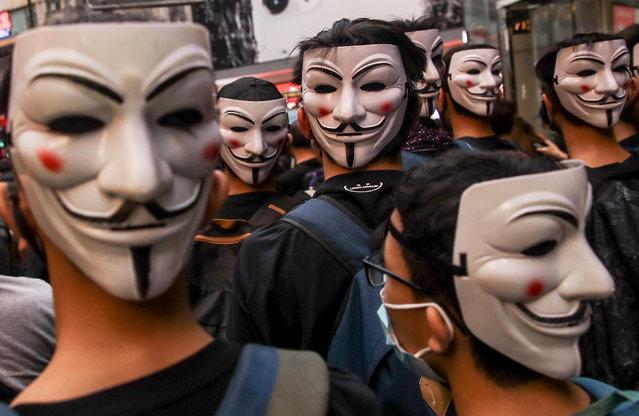 Protesters wearing Guy Fawkes masks take part in an Anti-ERO (Emergency Regulations Ordinance) demonstration against a newly imposed law banning face masks in public in Hong Kong, China, 06 October 2019. Anti-government protesters took to the streets against the government's use of emergency powers to ban face masks in public in a bid to end the city's protests. Hong Kong has been gripped by mass demonstrations since June over a now-withdrawn extradition bill, which have since morphed into a wider anti-government movement. (Photo by Fazry Ismail/EPA/EFE) 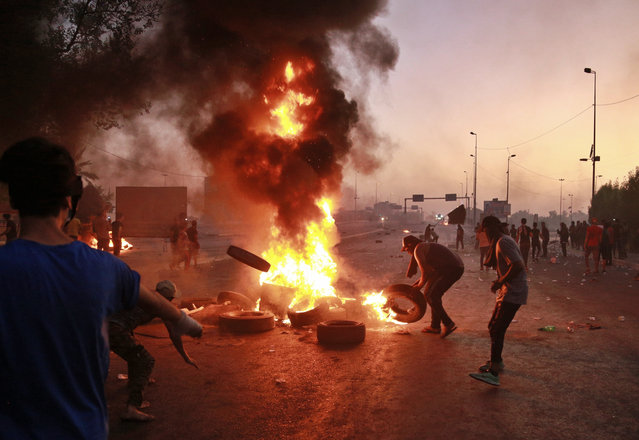 Iraqi security forces fire tear gas while Anti-government protesters set fires and close a street during a demonstration in Baghdad, Iraq, Saturday, October 5, 2019. The spontaneous protests which started Tuesday in Baghdad and southern cities were sparked by endemic corruption and lack of jobs. Security responded with a harsh crackdown, leaving more than 70 killed. (Photo by Hadi Mizban/AP Photo) 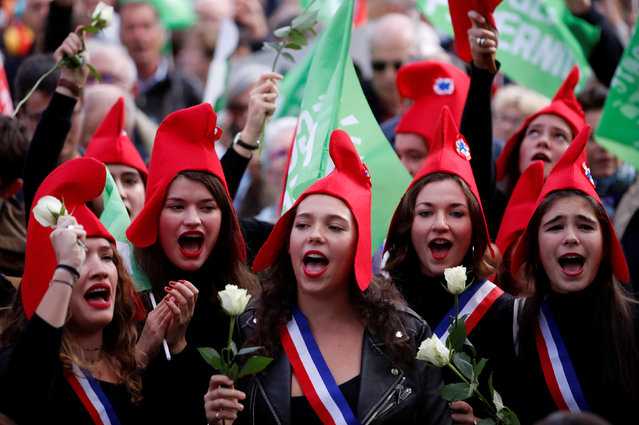 Protesters demonstrate against a reform bill that will widen access to medically assisted procreation to lesbian couples and single women, in Paris, France, October 6, 2019. (Photo by Christian Hartmann/Reuters) 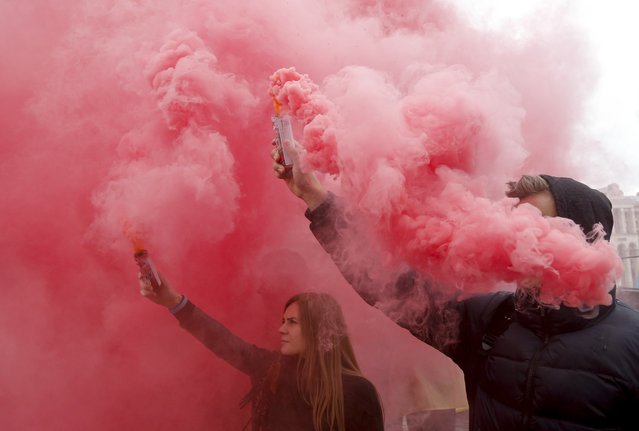 Protesters light flares during a rally in Independence Square in Kyiv, Ukraine, Sunday, October 6, 2019. Thousands are rallying in the Ukrainian capital against the president's plan to hold a local election in the country's rebel-held east, a move seen by some as a concession to Russia. (Photo by Efrem Lukatsky/AP Photo) 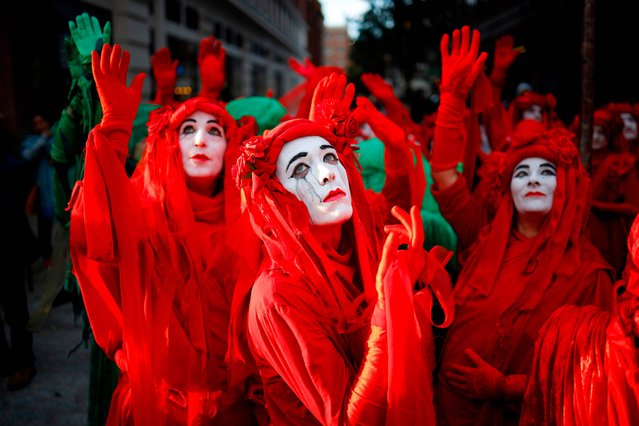 Protesters in costume gather at Marble Arch in London at an opening ceremony to mark the beginning of the International Rebellion on October 6, 2019, an event organised by Extinction Rebellion. Extinction Rebellion climate protesters are planning to bring disruption to 60 cities around the world from Monday in a fortnight of civil disobedience, warning of an environmental “apocalypse”. (Photo by Tolga Akmen/AFP Photo) 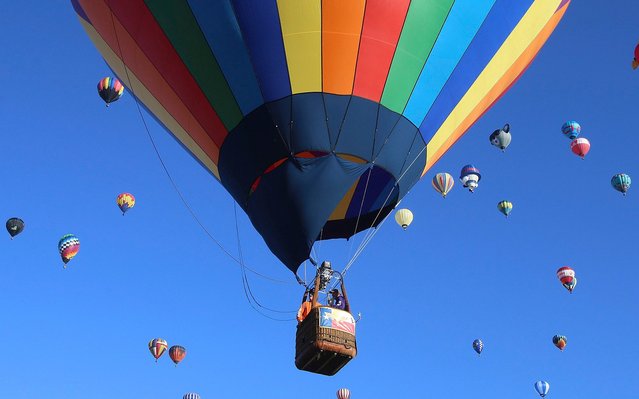 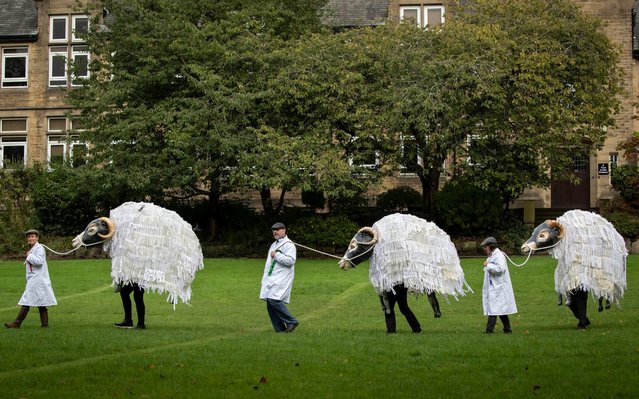 Puppeteers prepare ahead of taking part in the Puppet Parade, one of the highlights of the Skipton The puppet Festival in Yorkshire, England on October 6, 2019. (Photo by Danny Lawson/PA Images via Getty Images) 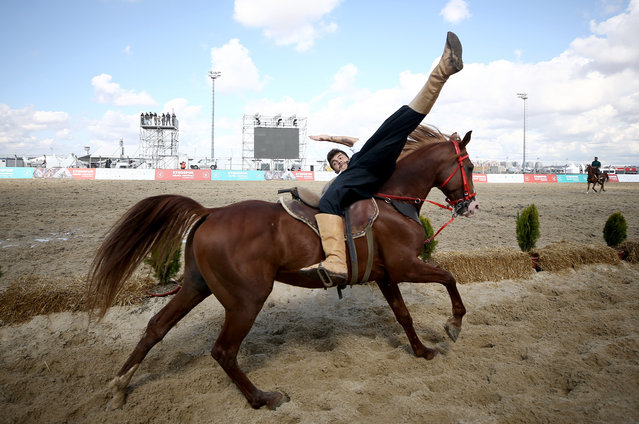 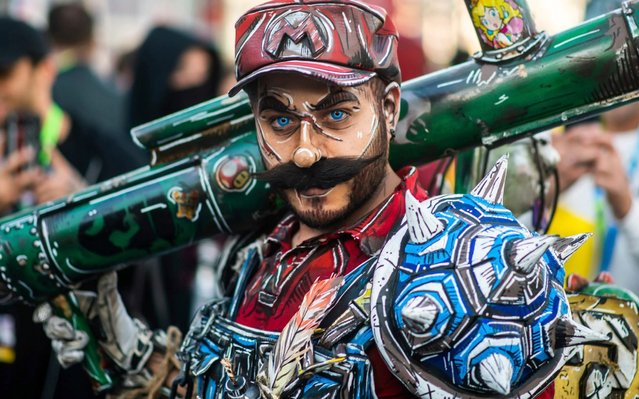 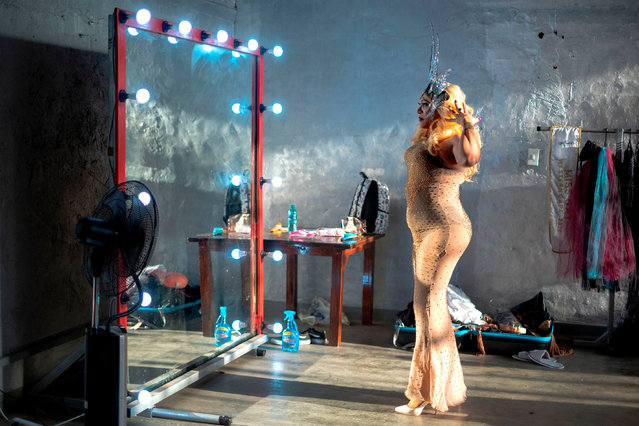 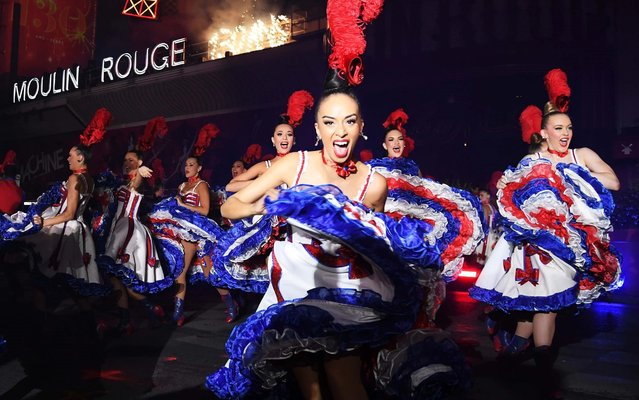