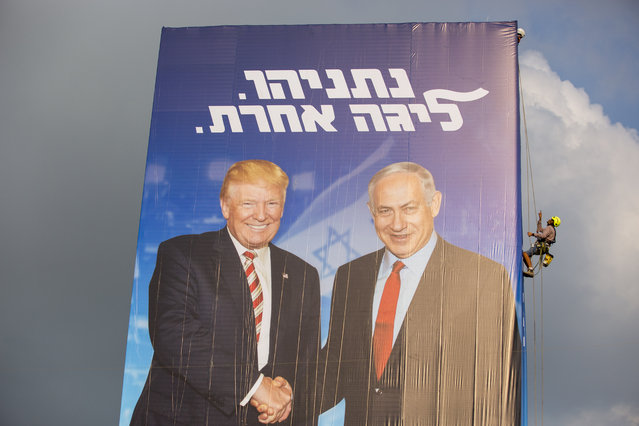 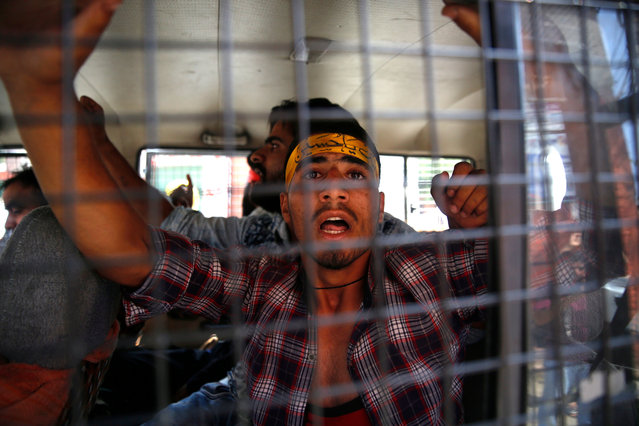 A Kashmiri Shiite Muslim shouts slogans from Indian police vehicle after was detained during a Muharram procession in Srinagar, India, 08 September 2019. Authorities imposed restrictions in parts of Srinagar to prevent Shia Muslims from taking part in mourning processions on the eighth day of the Islamic holy month of Muharram. According to local news reports, the government banned 8th, 9th and 10th Muharram processions across Srinagar as the shutdown continues for 35th consecutive day in Kashmir. Tensions were renewed in Kashmir after the Indian government on 05 August removed the special constitutional status granted to the region. (Photo by Farooq Khan/EPA/EFE) 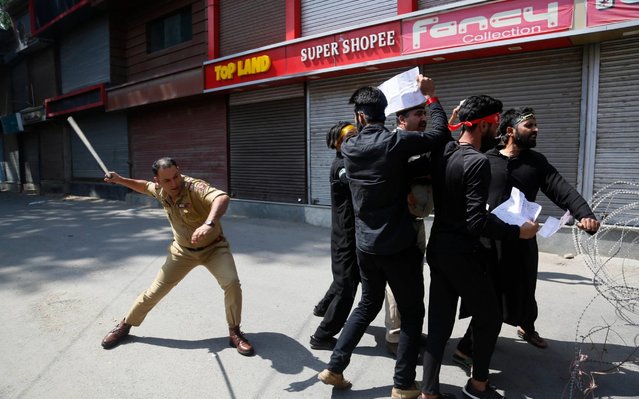 An Indian police officer beats Kashmiri Shiite Muslims as they attempt to take out a religious procession during restrictions in Srinagar, Indian controlled Kashmir, Sunday, September 8, 2019. Authorities in Indian portion of Kashmiri imposed restrictions in some parts of Srinagar fearing religious processions marking the Muslim month of Muharram would turn into anti-India protests. (Photo by Mukhtar Khan/AP Photo) 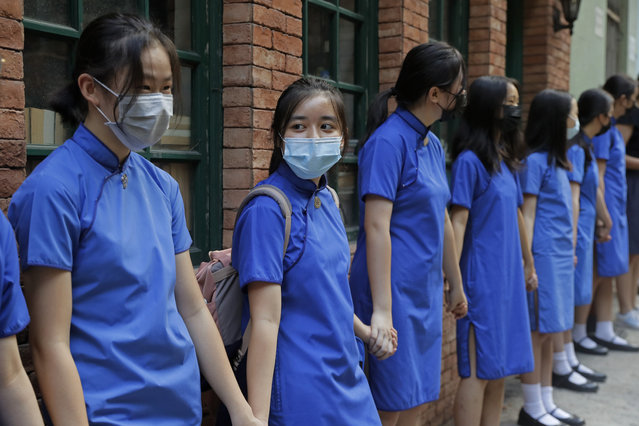 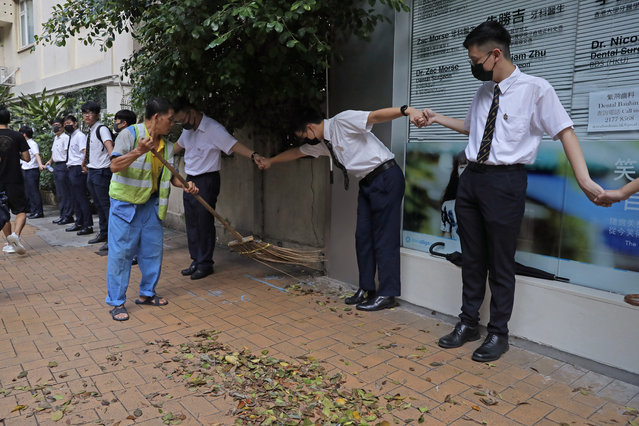 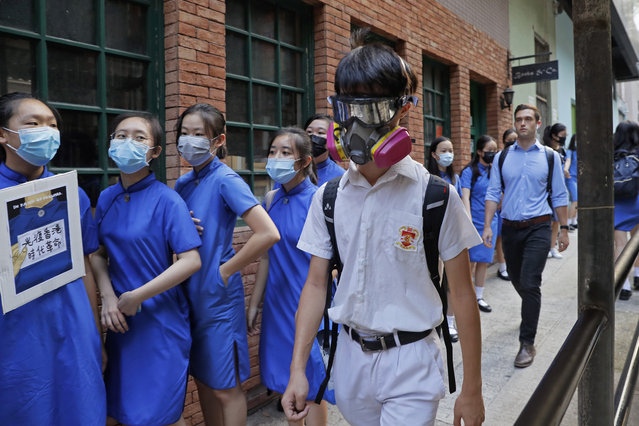 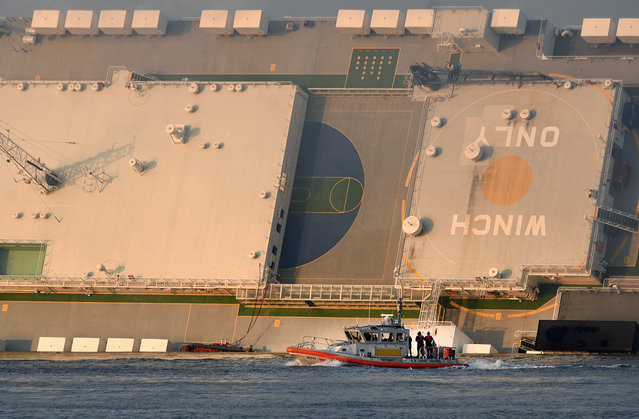 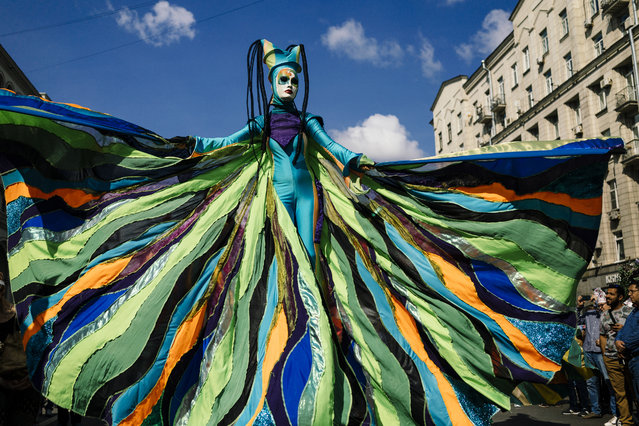 An artist performs on Tverskaya street during celebrations marking the 872nd anniversary of the city of Moscow on September 7, 2019, in Moscow. (Photo by Dimitar Dilkoff/AFP Photo) 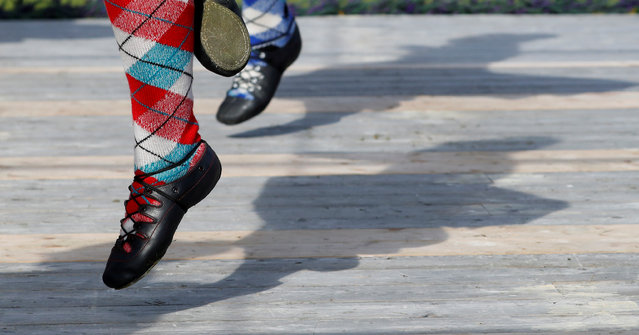 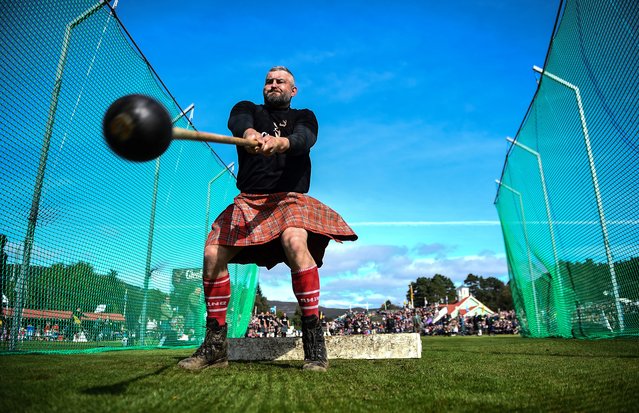 A competitor takes part in the throwing the hammer event during the annual Braemar Gathering in Braemar, central Scotland, on September 7, 2019. The Braemar Gathering is a traditional Scottish Highland Games which predates the 1745 Uprising, and since 1848 it has been regularly attended by the reigning Monarch Queen Elizabeth and members of the Royal Family. (Photo by Andy Buchanan/AFP Photo) 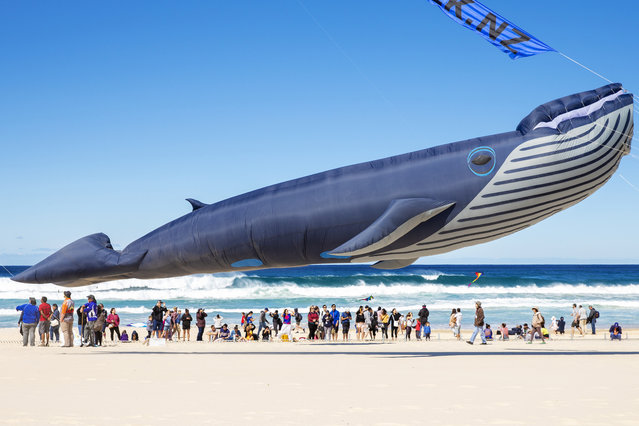 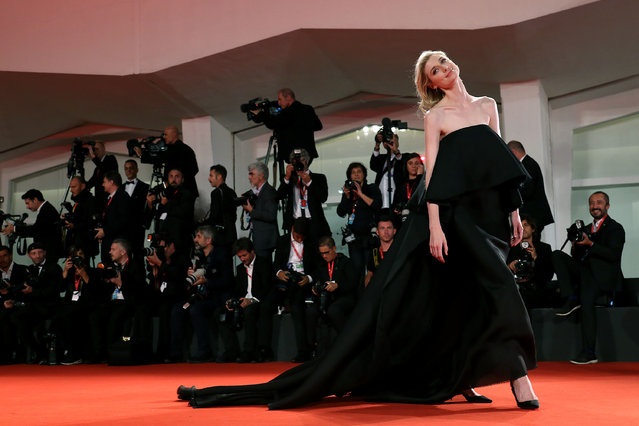 Elizabeth Debicki walks the red carpet ahead of the “The Burnt Orange Heresy” premiere during the 76th Venice Film Festival at Sala Grande on September 07, 2019 in Venice, Italy. (Photo by Maria Moratti/Getty Images) 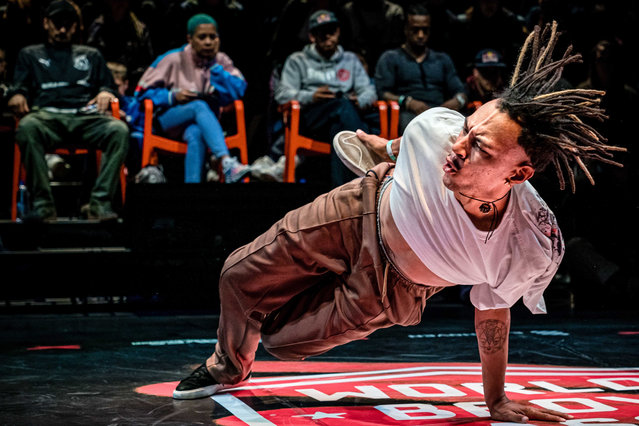 Dancers perform during the Breakdance World Cup in Eindhoven, The Netherlands, 08 September 2019. The winner can call himself World B-Boy ​Classic champion for a year. (Photo by Rob Engelaar/EPA/EFE) 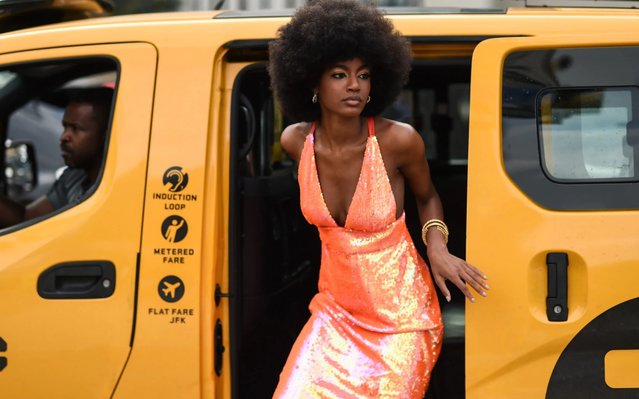