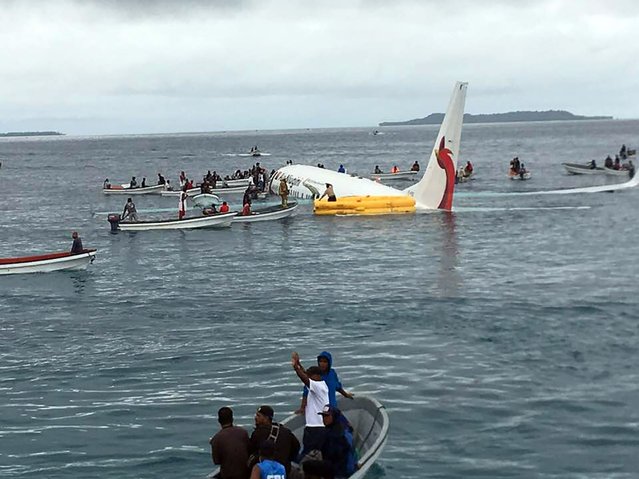 This picture taken by James Yaingeluo on September 28, 2018 shows locals approaching to rescue passengers of the crashed Air Niugini aircraft on the remote Island of Weno, in Micronesia. An Air Niugini aircraft ditched into a lagoon after overshooting the runway on the remote island of Weno but there were no serious injuries, local media reports said. (Photo by James Yaingeluo/AFP Photo) 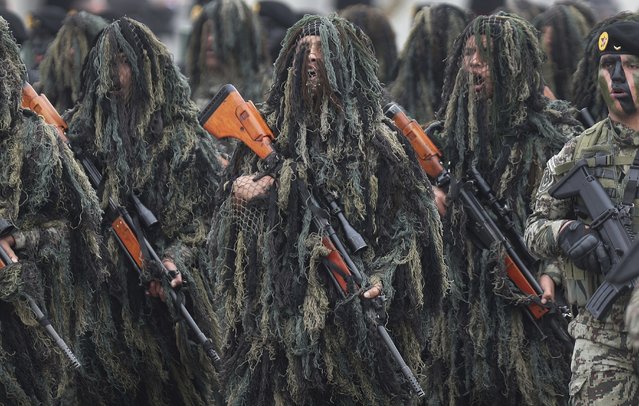 In this September 21, 2018 photo, members of the Peruvian Army Special Operations march in their Ghille suits during a military parade marking the Armed Forces' anniversary in Lima, Peru. (Photo by Martin Mejia/AP Photo) 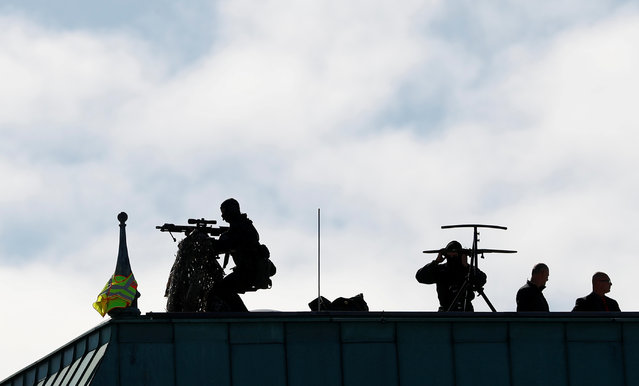 Snipers take positions at the rooftop of the Adlon Hotel before the arrival of Turkish President Tayyip Erdogan in Berlin, Germany, September 27, 2018. (Photo by Fabrizio Bensch/Reuters) 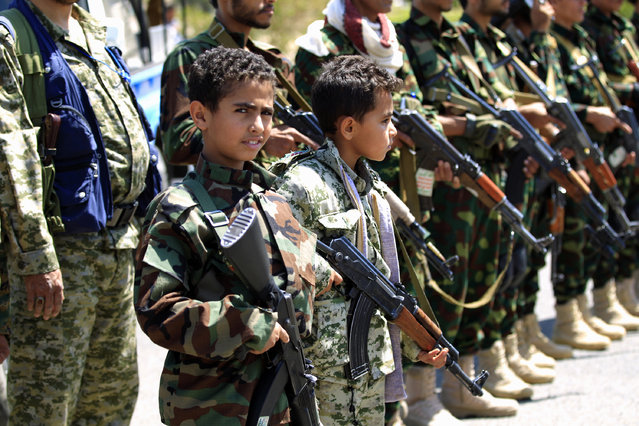 Yemeni children accompanied by their fathers hold weapons during a gathering in Sanaa to show support for the Huthi Shiite movement against the Saudi-led intervention in the capital Sanaa on September 27, 2018. (Photo by Mohammed Huwais/AFP Photo) 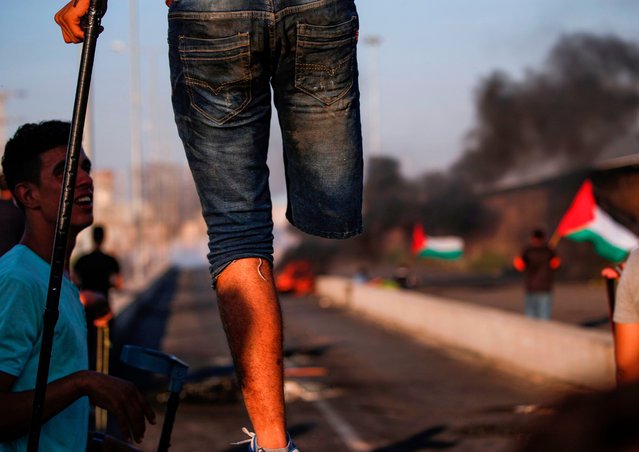 A Palestinian amputee protester stands with a crutch on a concrete barricade while smoke plumes from burning tires billow in the background, during clashes with Israeli forces following a demonstration at the Erez border crossing with Israel in the northern Gaza Strip on September 26, 2018. (Photo by Said Khatib/AFP Photo) 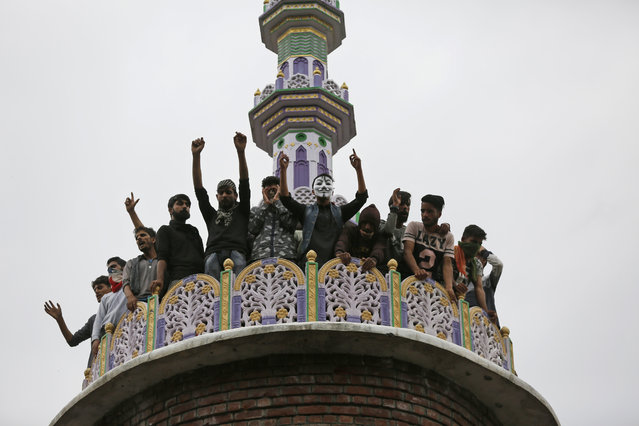 Kashmiri villagers shout slogans on top of a mosque which was partially damaged during a gunbattle at Panzan, about 35 kilometers south of Srinagar, Indian controlled Kashmir, Thursday, September 27, 2018. At least two militants were trapped in a mosque after troops laid a siege around it in the village, police said. As the siege continued, villagers tried to march towards the mosque in solidarity with the rebels, leading to clashes between stone-throwing protesters and government forces who deployed tear smoke shells and pellets. (Photo by Mukhtar Khan/AP Photo) 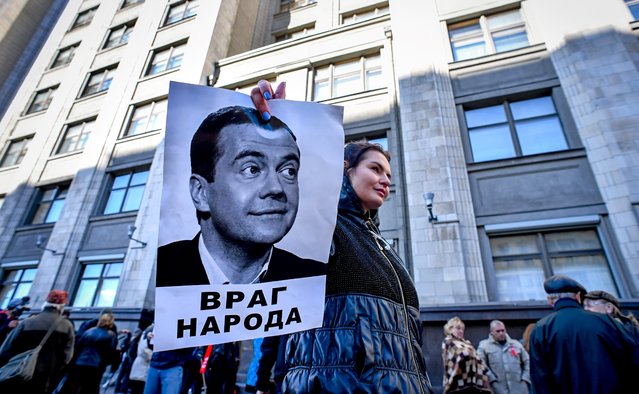 A protester holds a picture of Russian Prime Minister Dmitry Medvedev bearing an inscription readin “An enemy of people” during a rally against the pension reform in front of the State Duma, the lower house of parliament, in Moscow on September 26, 2018. The Russian parliament on Wednesday unanimously approved President Vladimir Putin's amendments of a hugely unpopular pension reform that has led to a rare outburst of public anger in the country. (Photo by Yuri Kadobnov/AFP Photo) 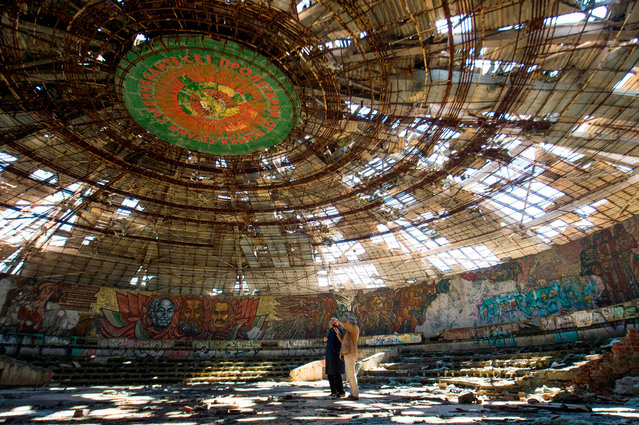 Experts from Europa Nostra, a NGO for protection and celebration of Europe' s cultural and natural heritage inspect the crumbling oval skeleton of the House of the Bulgarian Communist Party on mount Buzludzha in central Bulgaria on September 27, 2018. (Photo by Nikolay Doychinov/AFP Photo) 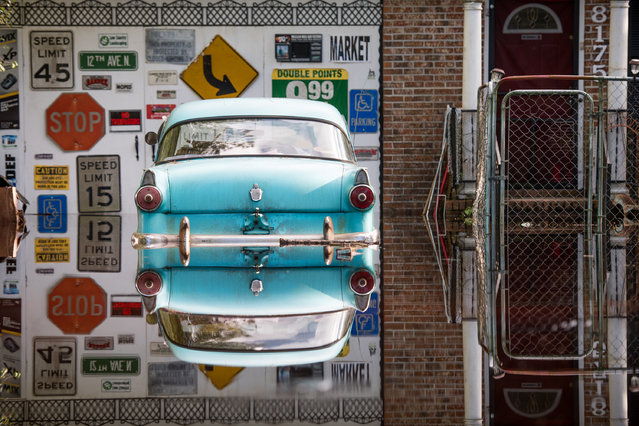 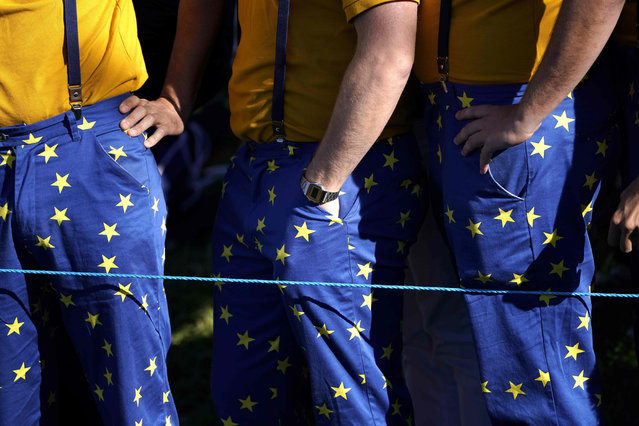 Spectators wearing trousers in the colours of the European Union flag watch during a practice session ahead of the 42 nd Ryder Cup at Le Golf National Course at Saint- Quentin- en- Yvelines, south- west of Paris on September 27, 2018. (Photo by Lionel Bonaventure/AFP Photo) 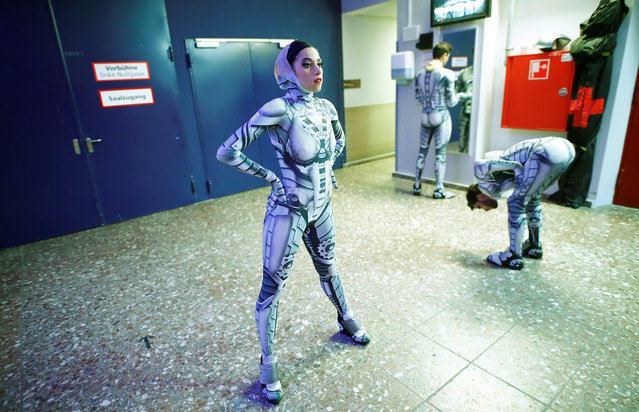 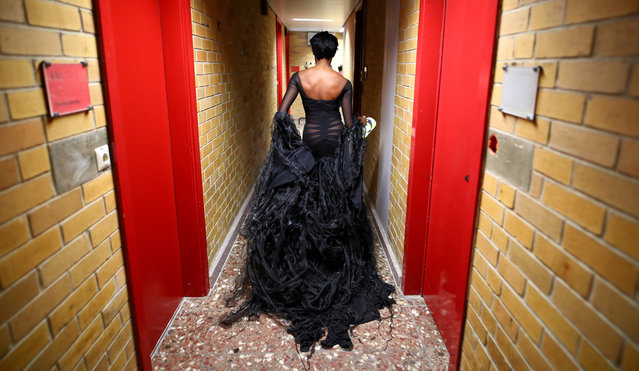 A dancer attends the final rehearsal for the new “VIVID Grand Show” at Friedrichstadt-Palast in Berlin, Germany, September 26, 2018. (Photo by Hannibal Hanschke/Reuters) 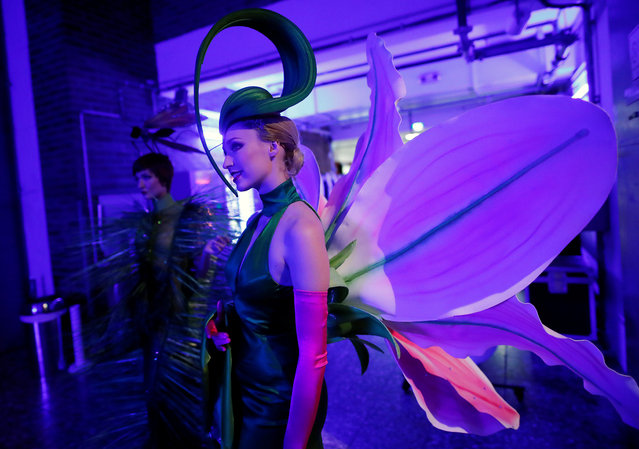 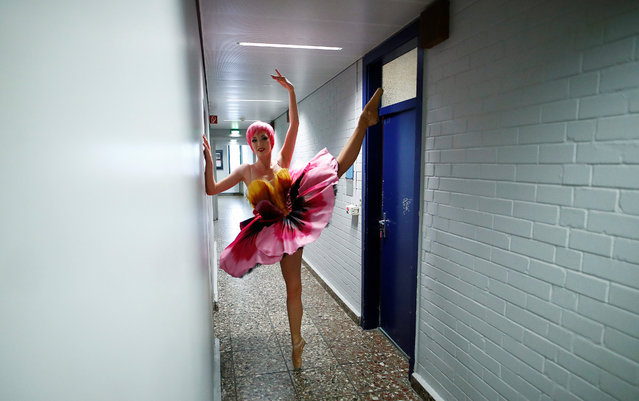 A dancers attends the final rehearsa for the new “VIVID Grand Show” at Friedrichstadt-Palast in Berlin, Germany, September 26, 2018. (Photo by Hannibal Hanschke/Reuters) 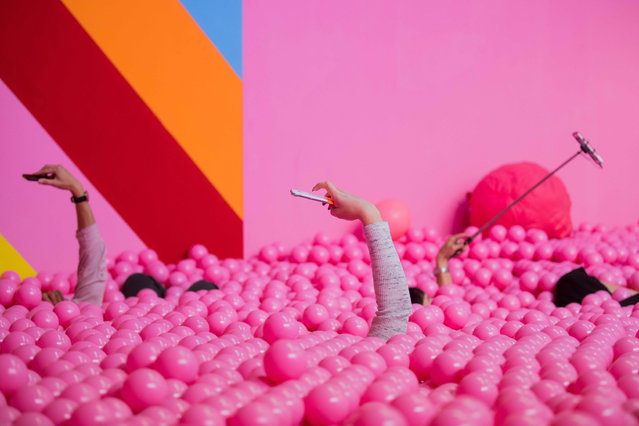 Visitors to the Supercandy Pop- Up Museum make selfies in a ball bath in Cologne, Germany on September 27, 2018. Until 30.12.2018 the 20 walk- in installations can be seen and experienced in the “Made- for- Instagram” exhibition in Cologne- Ehrenfeld. (Photo by Rolf Vennenbernd/DPA)
Edit Del
28 Sep 2018 07:25:00, post received 0 comments
Publication archive:
←   →
Popular tags:
All tags
Last searches: