Fact “The Finger”
“In Western culture, the finger (as in giving someone the finger or the bird), also known as the middle finger, is an obscene hand gesture, often meaning the phrases “f*ck off” (“screw off”), “f*ck you” (“screw you”) or “up yours”. It is performed by showing the back of a closed fist that has only the middle finger extended upwards.

In Ancient Greece it was known as the κατάπυγον (katapugon, from kata – κατά, “downwards” and pugē – πυγή, “rump, buttocks”) and reference is made to using the finger in ancient Greek comedy to insult another person, where the term katapugon also meant “a male (or a female, katapugaina) who submits to anal penetration”. It is identified as the digitus impudicus (impudent finger) in Ancient Roman writings and the widespread usage of the finger in many cultures is likely due to the geographical influence of the Roman Empire and Greco-Roman civilization. Another possible origin of this gesture can be found in the first-century Mediterranean world, where extending the finger was one of many methods used to divert the ever-present threat of the evil eye offense”. – Wikipedia 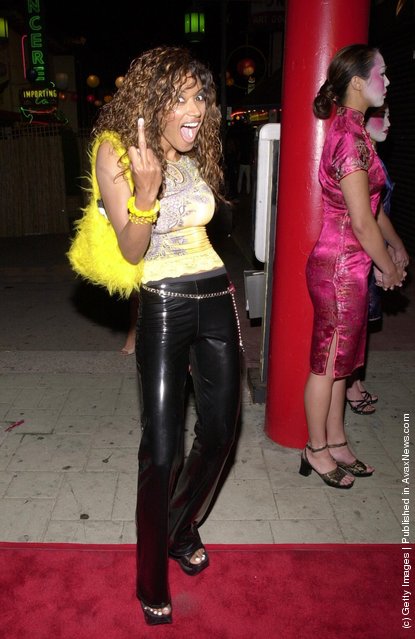 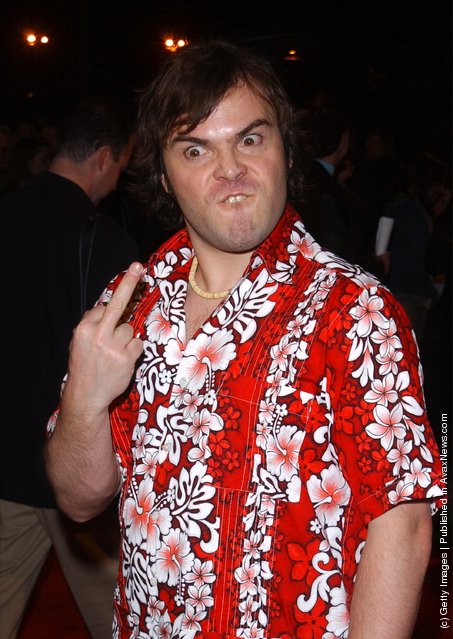 Elian Gonzalez makes an obscene gesture with his finger after getting angry during a kickball game, April 20, 2000 in Miami. He was playing with family and friends in the yard of the home where he is staying in Miami's Little Havana district. (Photo by Joe Raedle) 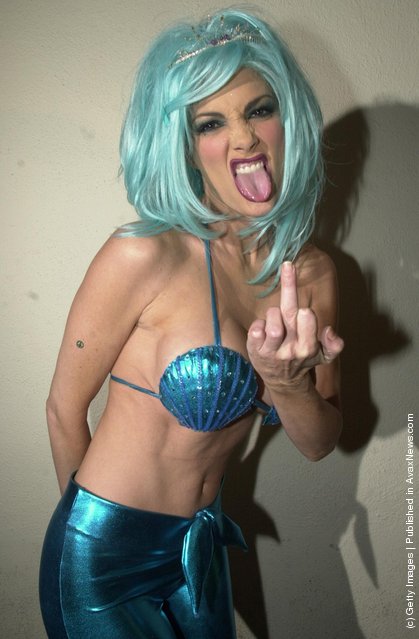 Actress Julie Strain makes an obscene gesture as she poses for a photographer at the launch party for Bold Magazine at the Sunset Room September 28, 2000 in Hollywood, CA. (Photo by Steve W Grayson/Newsmakers) 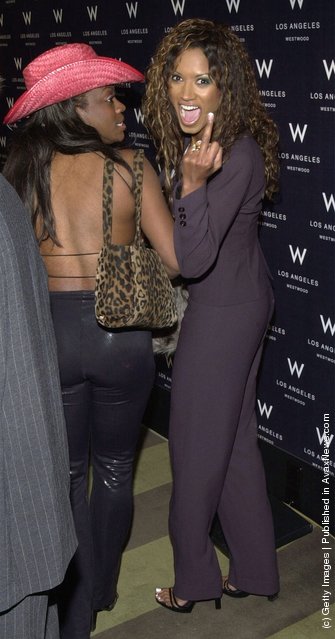 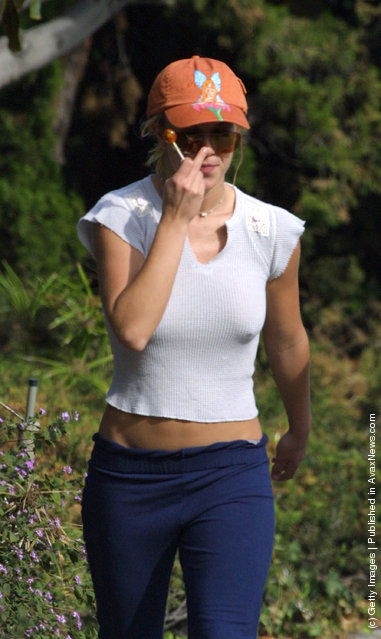 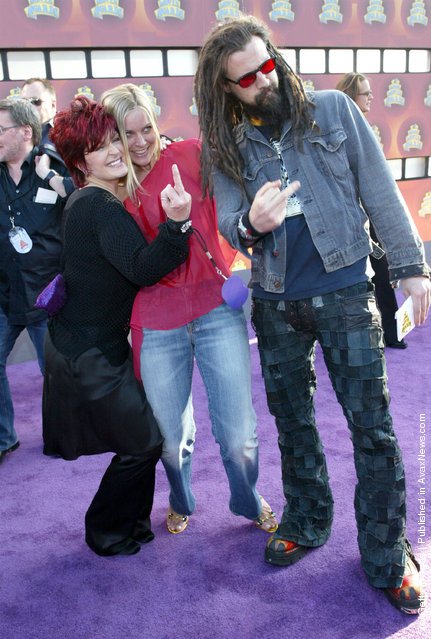 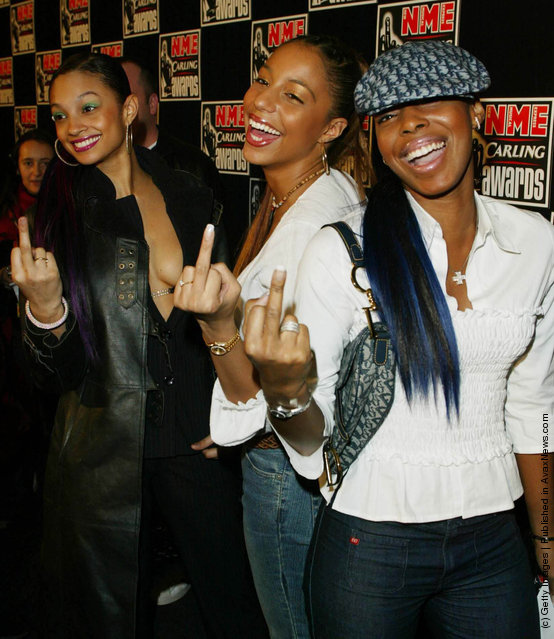 British female pop group Misteeq give the middle finger to photographers at the NME Carling Awards in the Planit arches, Shoreditch, London on February 26, 2002. (Photo by Dave Hogan/Getty Images) 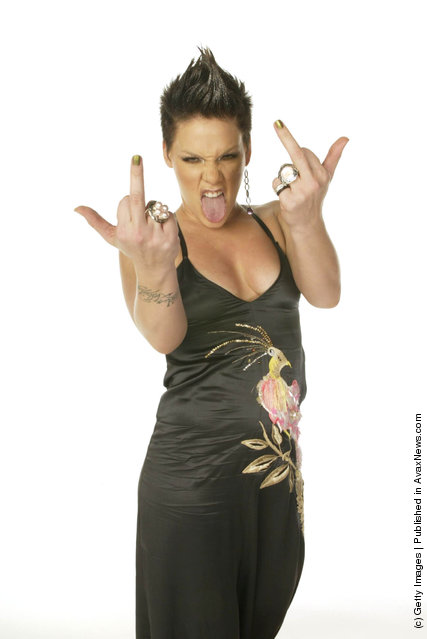 American singer Pink raises her middle fingers at a studio photocall at the MTV European Music Awards 2002 held at the Palau Sant Jordi in Barcelona, Spain on November 14, 2002. (Photo by Dave Hogan/Getty Images) 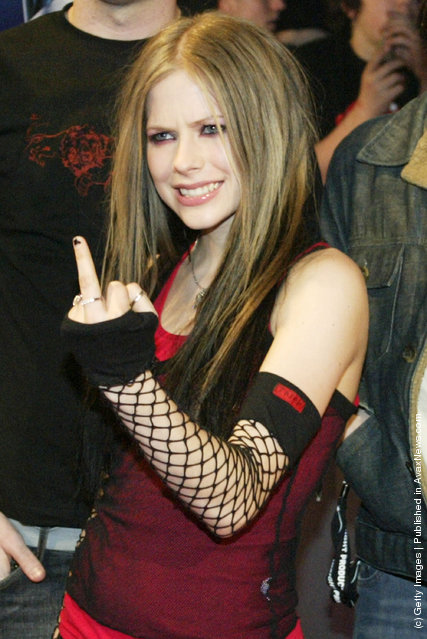 Musician Avril Lavigne gestures as she arrives for the JUNO Awards ceremony at the Rexall Centre April 4, 2004 in Edmonton, Alberta, Canada. (Photo by Donald Weber/Getty Images) 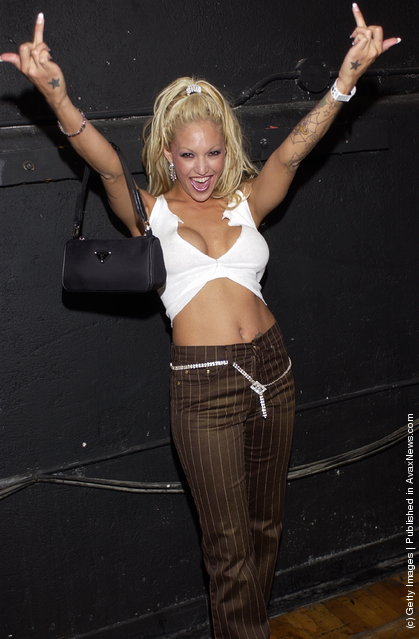 Fashion model Sky Lopez gestures as she stands backstage at the LA Fashion Show, presented by Femme Fatales and hosted by Traci Bingham, at Avalon on May 26, 2004 in Hollywood, California. (Photo by Robert Bertoia/Getty Images) 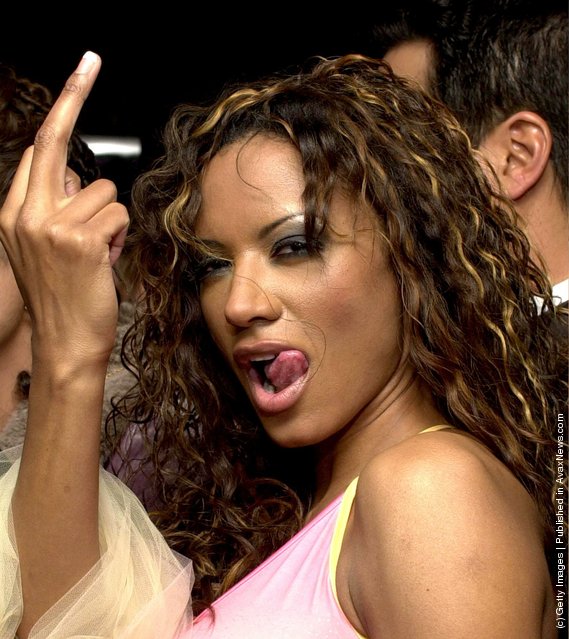 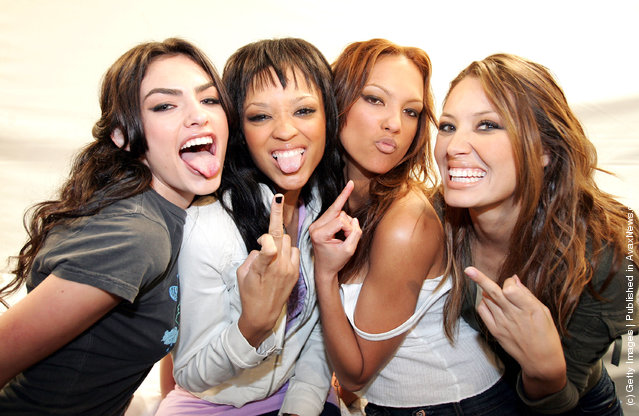 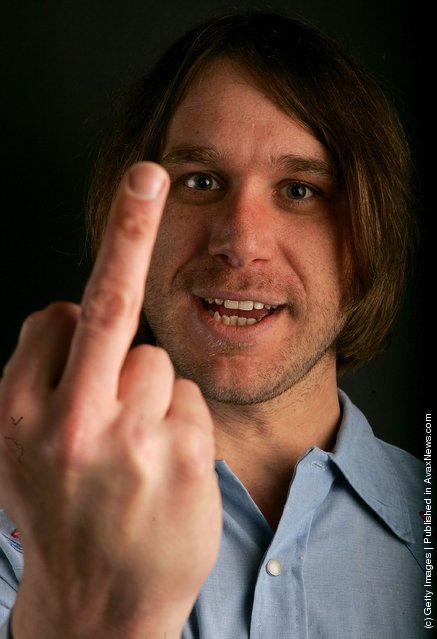 Musician Todd Snider poses for a portrait at the Getty Images Portrait Studio during the 2006 Sundance Film Festival on January 23, 2006 in Park City, Utah. (Photo by Mark Mainz/Getty Images) 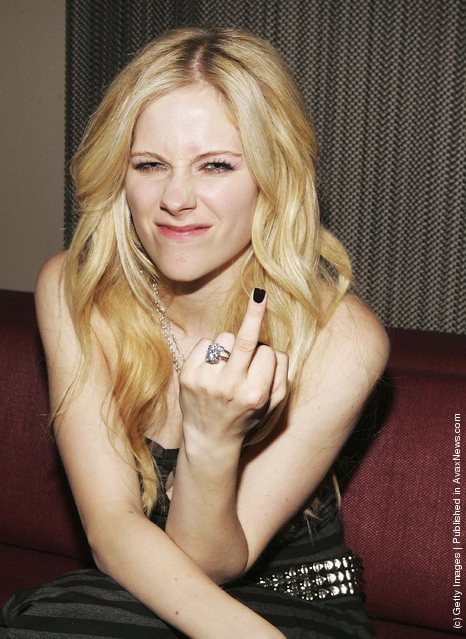 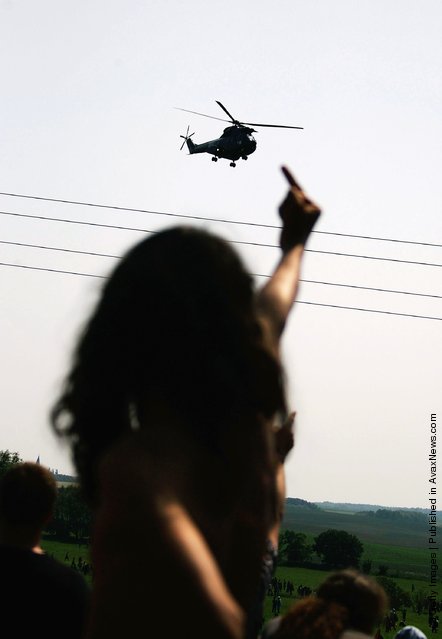 An activist of the anti-G8 forum “Block G8” shows his middle finger to a police helicopter passing overhead June 07, 2007 at Bollhagen, near Heiligendamm, Germany. (Photo by Carsten Koall/Getty Images) 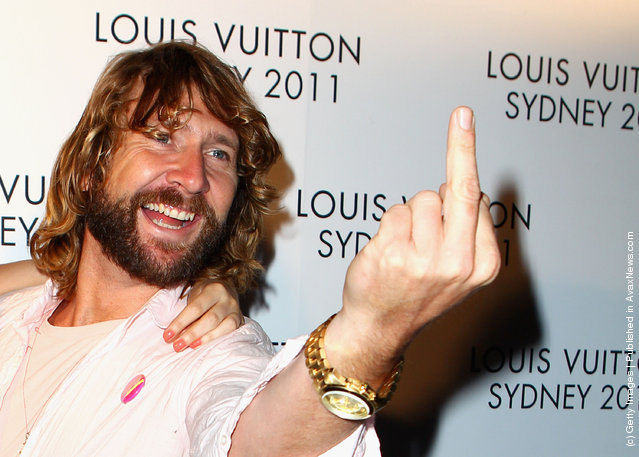