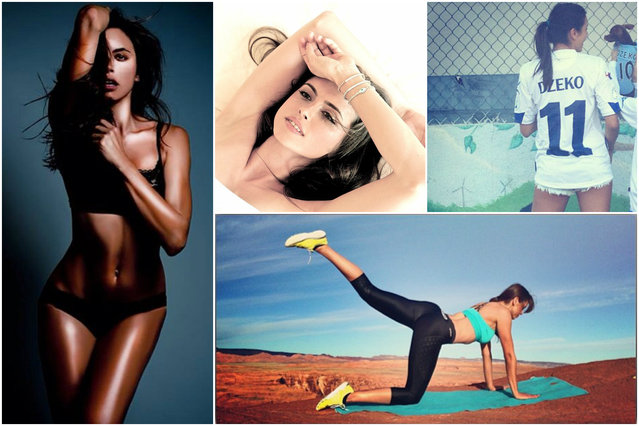 Bosnian actress and model Amra Silajdzic speaks her native tongue as well as French and English. That’s helpful, because her quiet, retiring boyfriend, Edin Dzeko of Bosnia-Herzegovina, would just as soon avoid off-the-field headlines in all three languages. (Photo by Instagram.com) 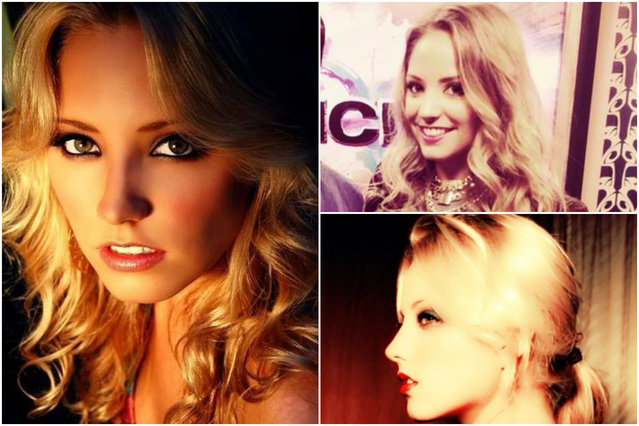 Mexico star Giovani Dos Santos proposed to Alexia Imaz during a trip to New York this past winter. (Photo by Twitter.com) 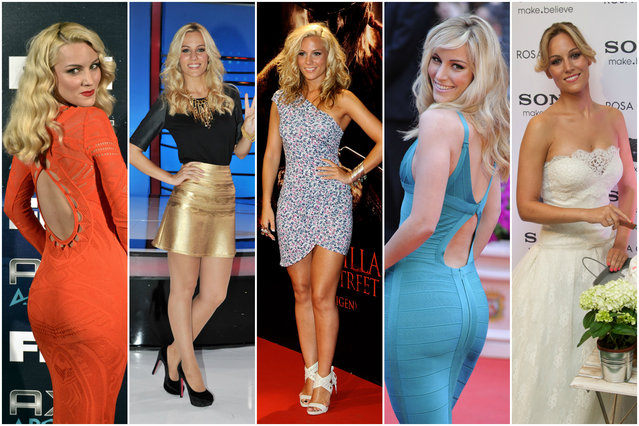 Edurne García Almagro, a pop star who goes by Edurne, has topped the charts and played Sandy in a Spanish stage version of the musical “Grease”. Boyfriend David De Gea is Spain’s third-string goalie. (Photo by Getty Images) 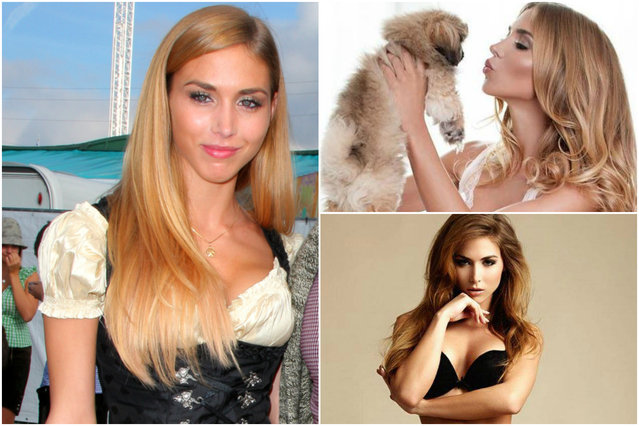 Ann-Kathrin Brommel is a blogger, model and singer, making a name for herself with shoots in FHM while she sings under the name Trina B. She’s dating German star Mario Gotze. (Photo by Splash News/Twitter.com) 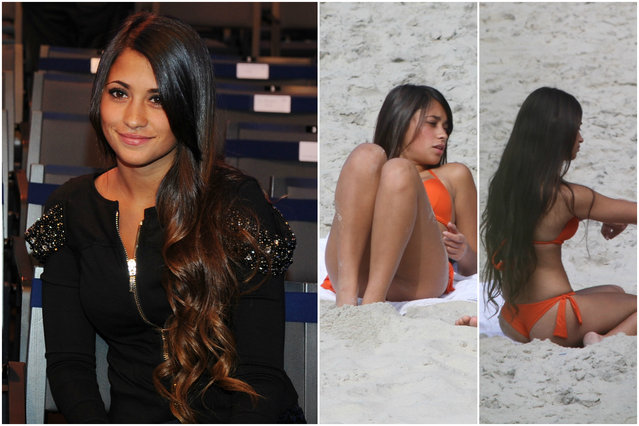 Lionel Messi met his wife, Antonella Rocuzzo, when they were growing up together in the Argentine town of Rosario. They started dating in 2008, had their first child four years later, and next month hope to get their first World Cup. (Photo by Getty Images/Splash News) 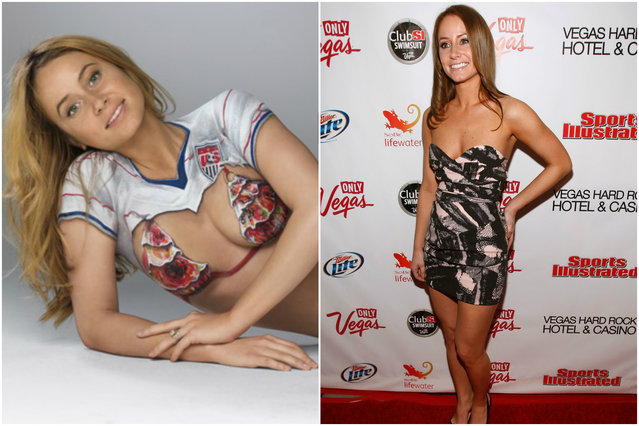 US striker Clint Dempsey’s wife, Bethany, has brains to go with her beauty. She holds a master’s degree and has interned in the field of educational psychology. Bethany – a mother of two – posed in body paint on the cover of Sports Illustrated’s special World Cup wives edition four years ago. (Photo by SI.com/Getty Images) 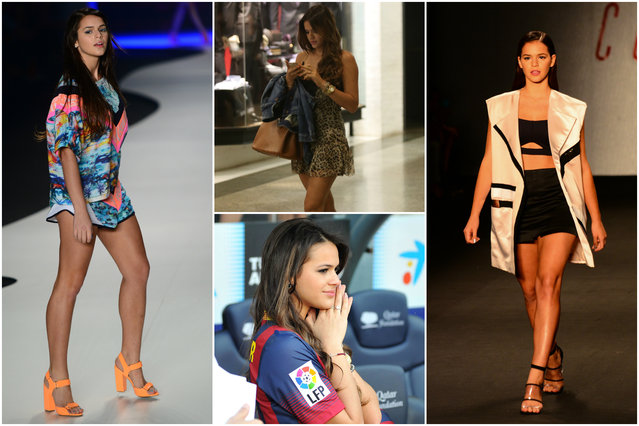 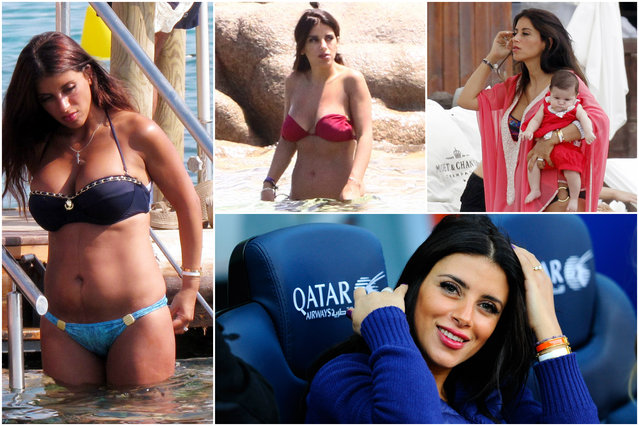 Lebanese beauty Daniella Semaan was married to millionaire impresario Elie Taktouk, but left him after he opened a newspaper in June 2011 to see pictures of her kissing Cesc Fabregas. Daniella – 13 years older than the Spain midfielder – gave birth to their daughter, Lia, last year and is known to friends as Queen DD. We think you can figure out why. (Photo by Splash News/Getty Images) 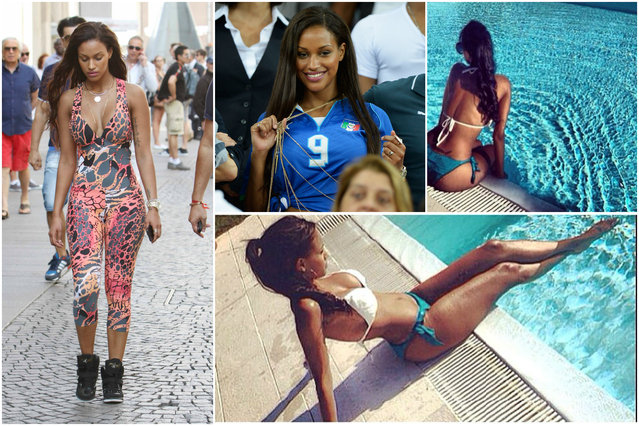 Enigmatic Italian forward Mario Balotelli is always good for drama, so Fanny Neguesha is perfect for him. With her racy Instagram shots and wild ways, she might be the one to tame Super Mario’s heart. The couple was engaged to marry this week. (Photo by Splash News/Getty Images/Instagram.com) 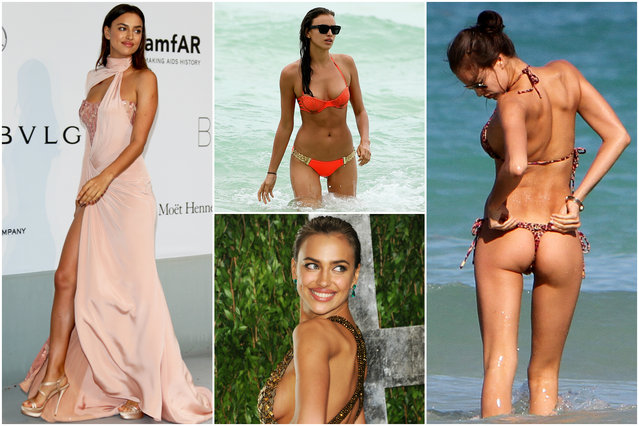 It takes a lot to draw the spotlight from Cristiano Ronaldo, who has a rock-star persona and very healthy self-image. But the Portuguese winger’s Russian supermodel girlfriend Irina Shayk does that, and likely will be the most famous WAG at the World Cup. Shayk – who burst onto the scene after starring in Kanye West’s “Power” video four years ago – recently posed with CR7 for the cover of Spanish Vogue. (Photo by Getty Images/INF Photo/Splash News) 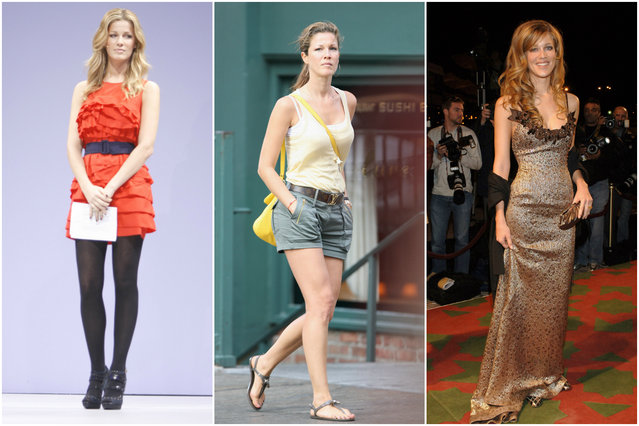 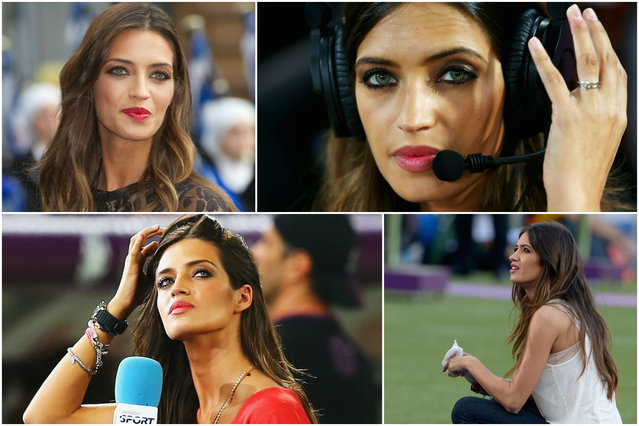 Sara Carbonero was once voted the world’s sexiest journalist. The TV presenter was accused of distracting boyfriend Iker Casillas in Spain’s 1-0 group stage loss to Switzerland in the last World Cup by filming around the goalmouth. It’s not hard to see why. (Photo by Splash News/Getty Images) 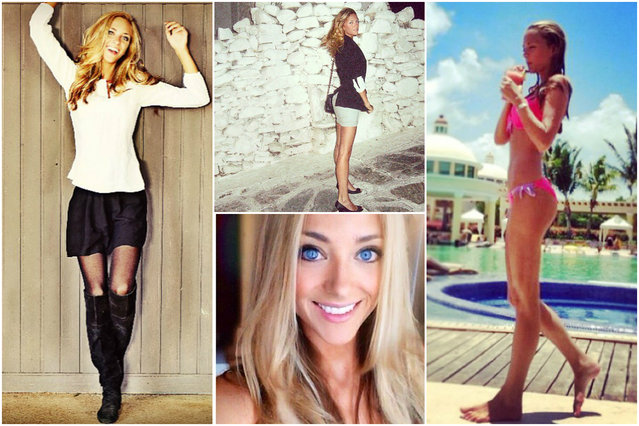 If talented Chile advances from tough Group B, Laia Grassi – an art director and designer – will cut a pretty picture in the stands rooting for Alexis Sanchez. (Photo by Instagram.com) 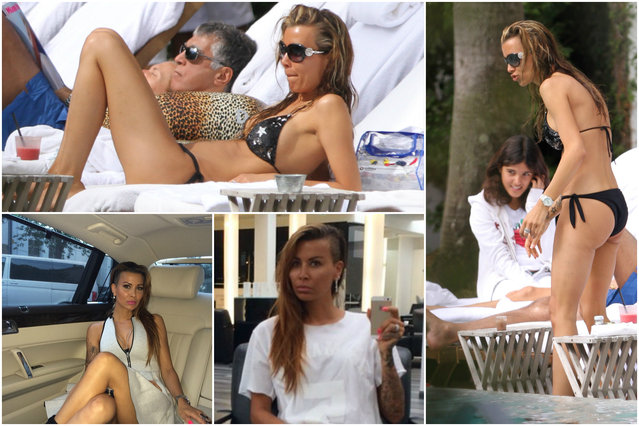 2006 Miss Germany Sarah Jones (nee Gerth) is a devoted family woman, with five kids. United States midfielder Jermaine Jones had not spoken to his father in more than 20 years, until Sarah tracked him down and arranged for a surprise phone call. (Photo by Splash News/Instagram.com) 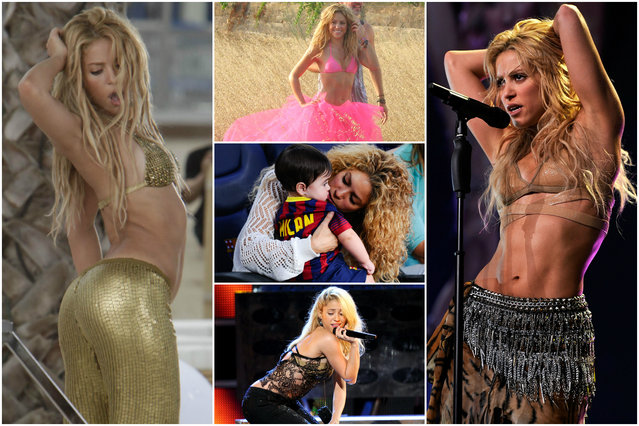 Soccer’s power couple the way Posh & Becks used to be. Spanish defender Gerard Pique has a World Cup and three Champions League crowns, while Colombian singer Shakira has sold over 70 million albums. They were born exactly 10 years apart (yes, the 36-year-old Shakira is a cougar) and have a 1-year-old son, Milan. Pique met Shakira when she was filming her 2010 World Cup song “Waka Waka”, and starred in her video for this World Cup, “La, La, La”. (Photo by Bauer-Griffin/Splash News/Getty Images) 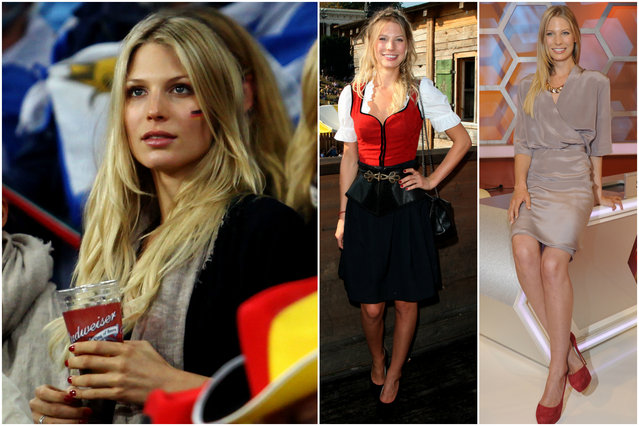 Sarah Brandner drew plenty of eyes in the stands at the European Championships two years ago. Now the 5-foot-11 model, whose beach trips with Germany’s Bastian Schweinsteiger are a paparazzi favorite, will be seen by many more. (Photo by Getty Images/Splash News)
Edit Del
13 Jun 2014 12:14:00, post received 0 comments
Publication archive:
←   →
Popular tags:
All tags
Last searches: