Fact The Terrible Aesthetics of the Wildfires 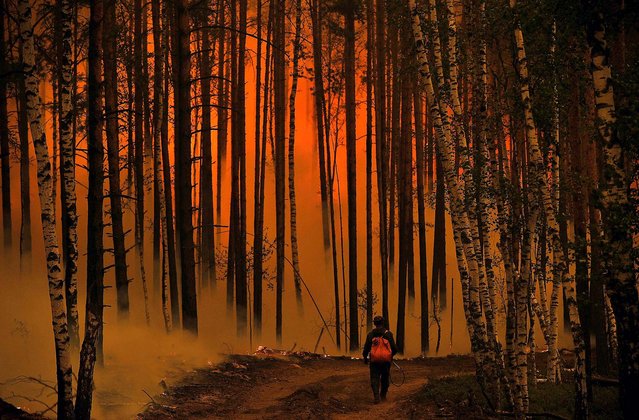 A man walks in a forest near the village of Golovanovo, Ryazan region, on August 5, 2010, as Russia struggles to contain the worst wildfires in its modern history. (Photo by Natalia Kolesnikova/AFP Photo) 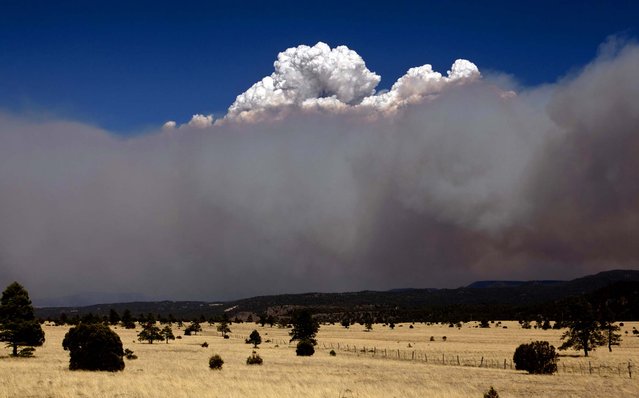 A smoke plume over the east side of the Wallow Fire climbs high into the sky as strong winds fanned the fire in Eager, 2011. (Photo by Pat Shannahan/The Arizona Republic) 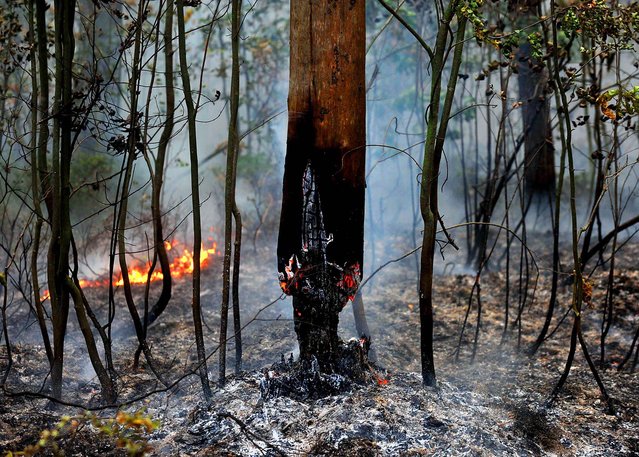 The burnt-out trunk of a tree is seen in a forest near the village of Zdorovie, Russia, on August 10, 2010. (Photo by Viktor Drachev/AFP Photo) 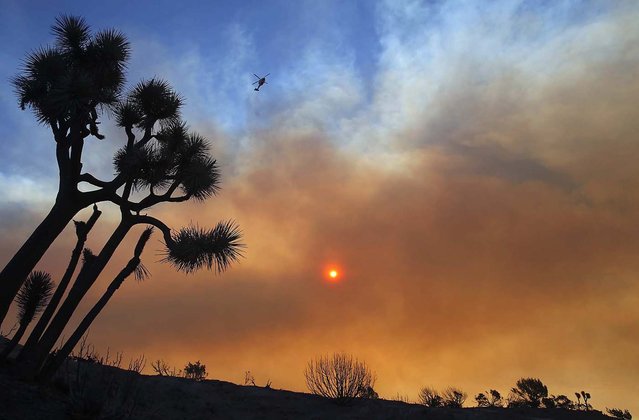 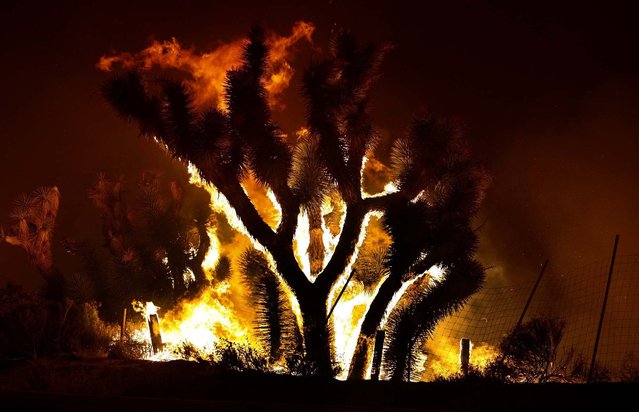 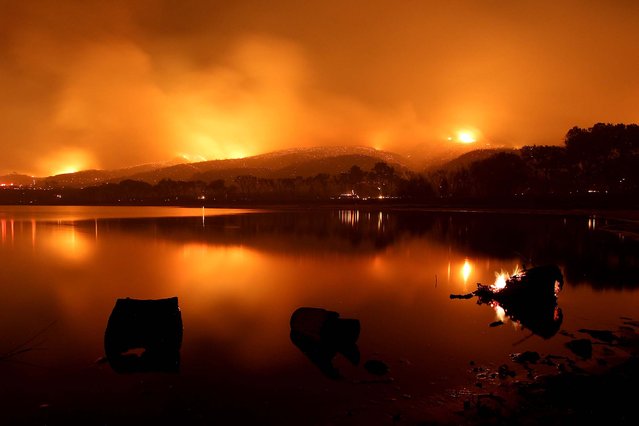 Fire surrounds Lake Elizabeth during the Powerhouse fire in the early morning hours of June 2, 2013. (Photo by David McNew/Getty Images) 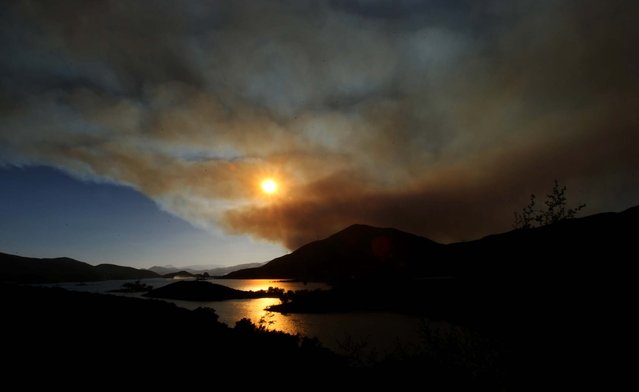 The Powerhouse fire burns hundreds of acres in Green Valley, California near the Bouquet Reservoir on May 30, 2013. (Photo by Genaro Molina/Los Angeles Times) 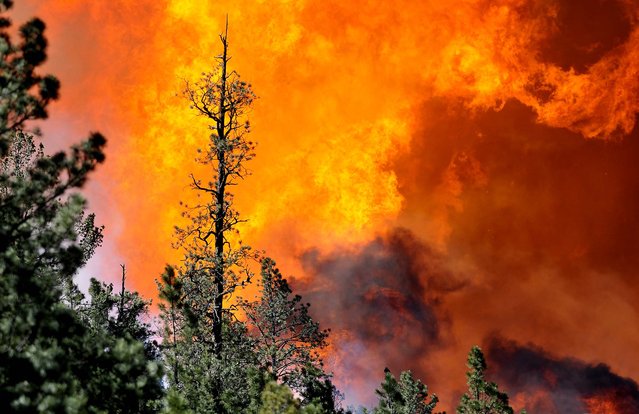 A 100 acre fire burns out of control about 10 miles north of Pecos, N.M. on May 30, 2013. A fast-moving blaze in New Mexico's Santa Fe National Forest prompted evacuations of residences and campgrounds, threatened upscale cabins and vacation homes, and closed a highway. (Photo by Eddie Moore/The Albuquerque Journal) 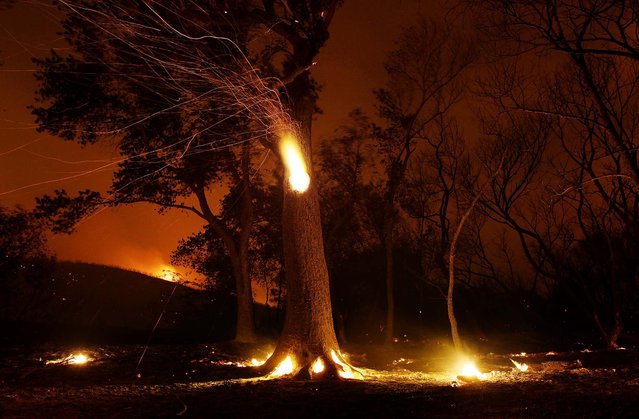 Sparks fly from a hollowed tree burning within during the Powerhouse fire near Lake Hughes, California on June 2, 2013. (Photo by David McNew/Getty Images) 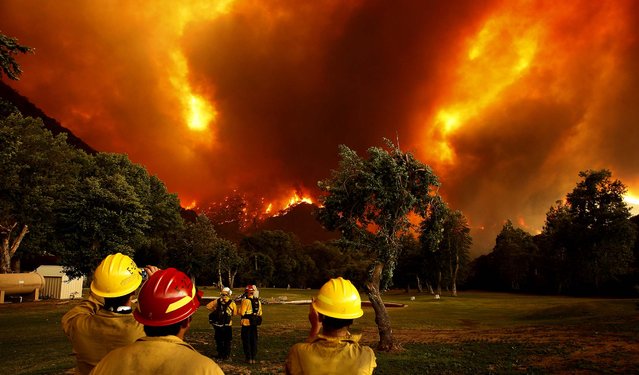 Firefighters watch as the Powerhouse fire closes in around them at the Canyon Creek Complex sports camp on June 1, 2013. (Photo by David McNew/Getty Images) 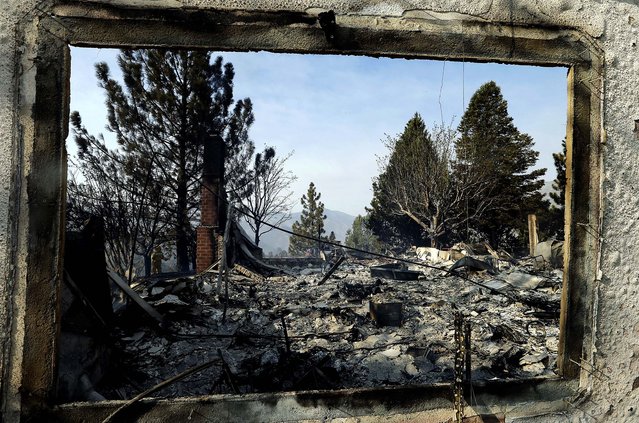