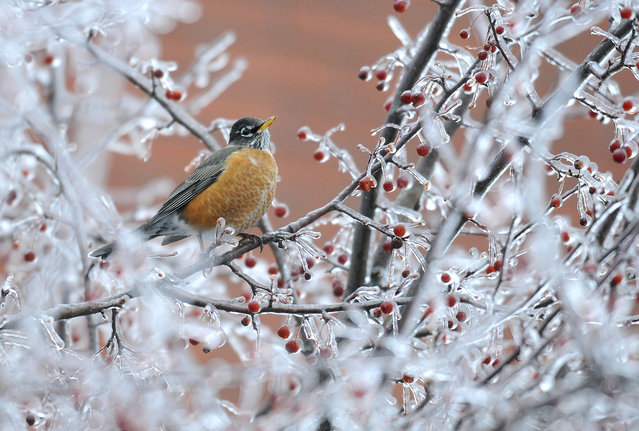 An American Robin searches for food on a frozen tree in Augusta, Maine, Sunday, December 22, 2013. More than a quarter inch of ice coated tree branches and wires in the Augusta and Gardiner areas at noon. Eric Schwibs, a meteorologist with the National Weather Service in Gray, said those areas could end up with about a half inch of ice accumulating by storm's end tomorrow. (Photo by Andy Molloy/AP Photo/Kennebec Journal) 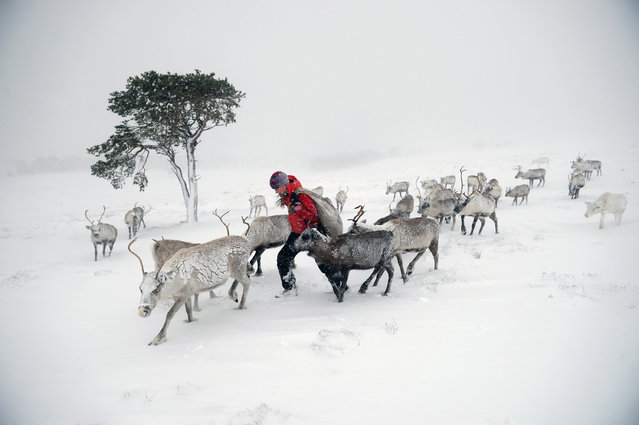 Eve Grayson, a Reindeer herder of the Cairngorm Reindeer Herd, feeds the deer on December 23, 2013 in Aviemore, Scotland. Reindeer were introduced to Scotland in 1952 by Swedish Sami reindeer herder, Mikel Utsi. Starting with just a few reindeer, the herd has now grown in numbers over the years and is currently at about 130 by controlling the breeding. The herd rages on 2,500 hectares of hill ground between 450 and 1,309 meters and stay above the tree line all year round regardless of the weather conditions. (Photo by Jeff J. Mitchell/Getty Images) 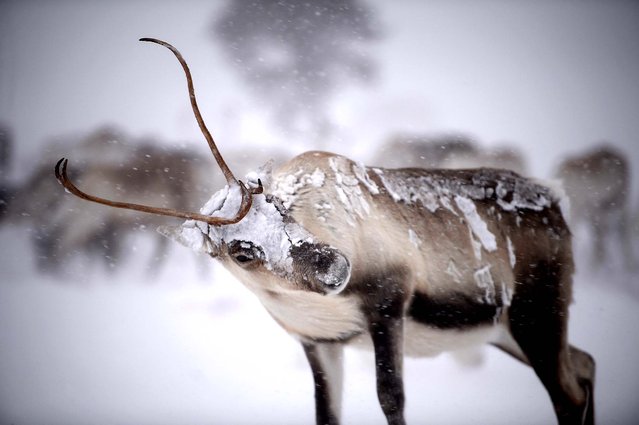 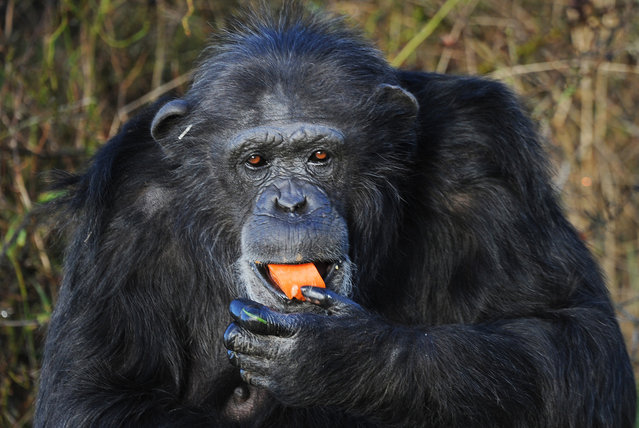 A Chimpanzee opens its Christmas presents at ZSL Whipsnade Zoo on December 17, 2013 in Bedfordshire, England. (Photo by Tony Margiocchi/Barcroft Media) 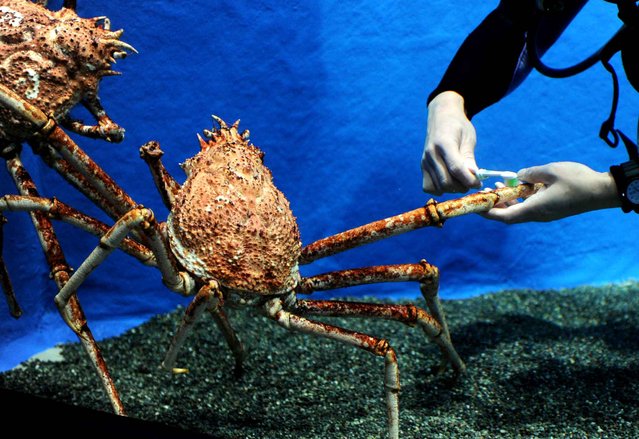 An aquarium diver brushes the leg of a Japanese spider crab during the year-end cleaning operation at the Epson Shinagawa Aqua Stadium in Tokyo on December 28, 2013. The aquarium is carrying out year-end general cleaning of their facilities. (Photo by Toshifumi Kitamura/AFP Photo) 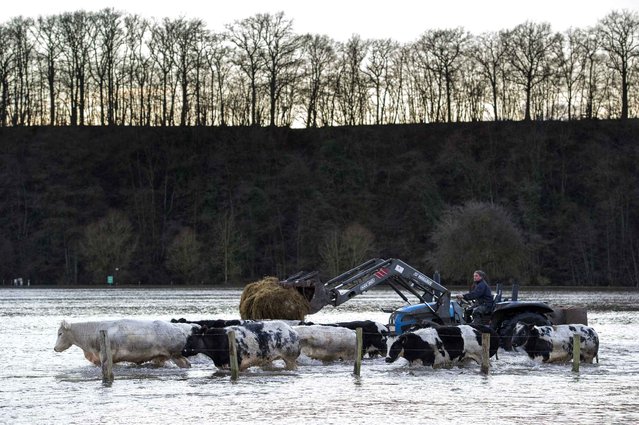 A farmer guides his cows through flood waters after the Dirk storm provoked floods in Han-sur-Lesse, Wallonia, on December 25, 2013. (Photo by Anthony Dehez/AFP Photo/BELGA) 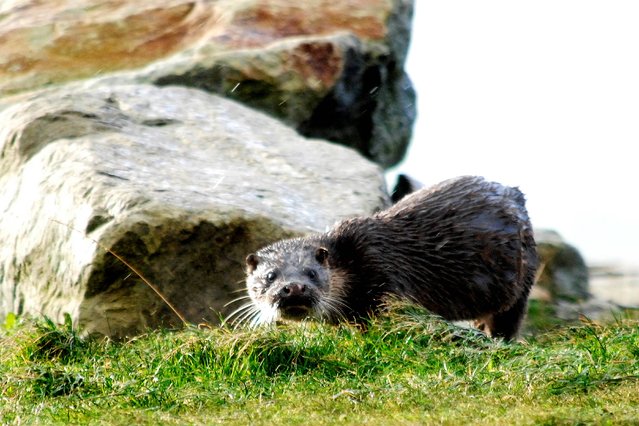 A Sea Otter foraging the West Cork shoreline after the storm, on December 27, 2013. (Photo by Niall Duffy/PA Wire) 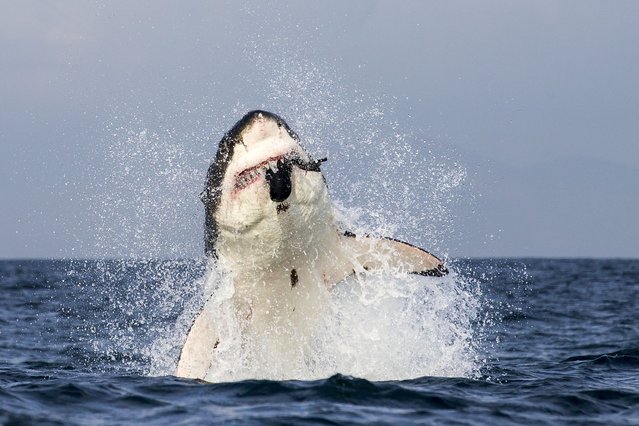 A great white shark breaches and bites down on a decoy seal off in False Bay, South Africa. (Photo by Barcroft Media) 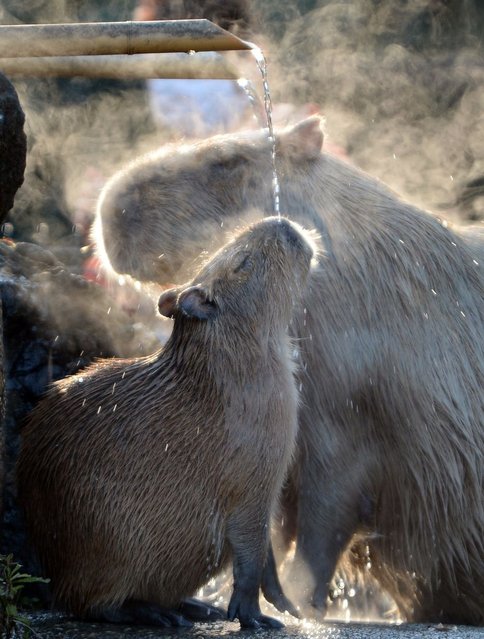 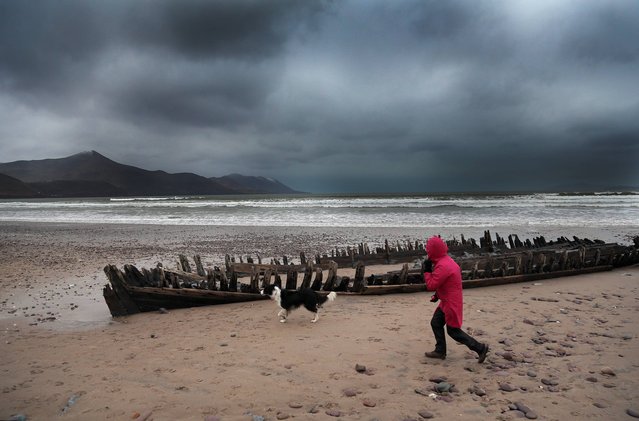