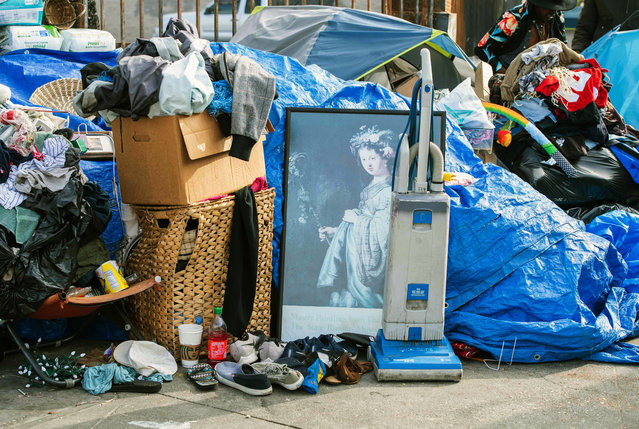 Items belonging to homeless people are seen on the sidewalk as L.A. Sanitation service sweep the street on February 8, 2021 in Hollywood, California. (Photo by Valerie Macon/AFP Photo) 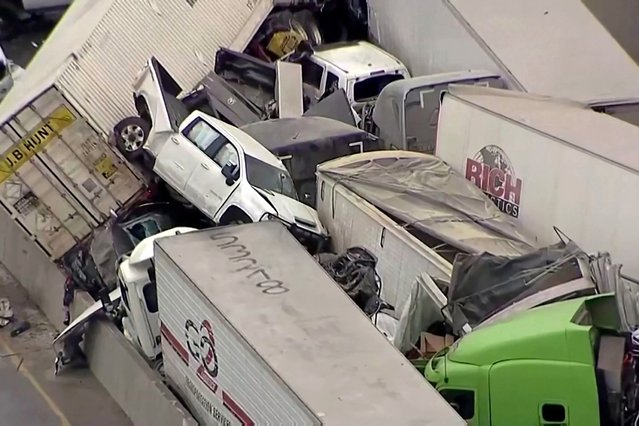 Vehicles are piled up after a fatal crash on Interstate 35 near Fort Worth, Texas on Thursday, February 11, 2021. The massive crash involving 75 to 100 vehicles on an icy Texas interstate killed some and injured others, police said, as a winter storm dropped freezing rain, sleet and snow on parts of the U.S. (Photo by NBC5 via Reuters) 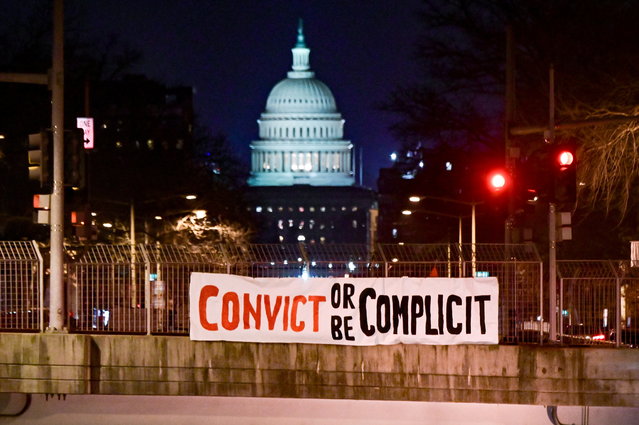 A banner reading, “Convict or be complicit” is hung over a bridge in view of the U.S. Capitol on the first day of the Senate impeachment trial against former President Donald Trump in Washington, U.S., February 9, 2021. (Photo by Erin Scott/Reuters) 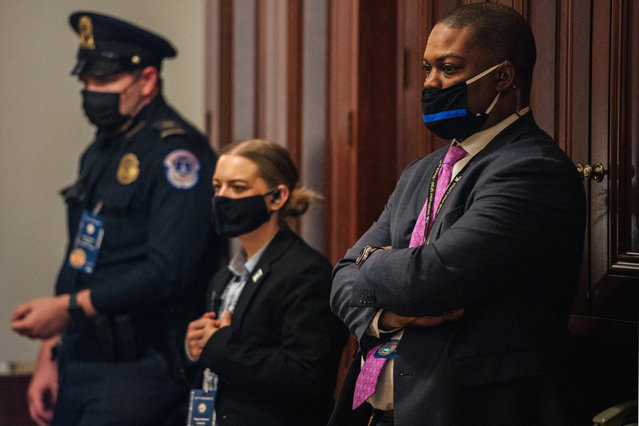 Capitol Police Officer Eugene Goodman and officers watche newly released video footage, of the January 6 attack, during the second day of Trumps second impeachment trial on February 10, 2021 in Washington, DC. House impeachment managers will make the case that Trump was responsible for the January 6th attack at the U.S. Capitol and he should be convicted and barred from holding public office again. (Photo by Brandon Bell-Pool/Getty Images) 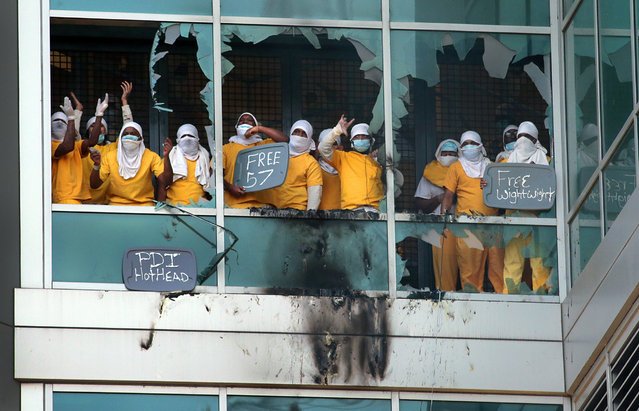 Inmates yell from broken windows at the St. Louis Justice Center, known as the city jail, on Saturday, February 6, 2021 in St. Louis, Mo. Firefighters are at the jail where inmates appear to have knocked out windows and set some small fires. A spokesman for Mayor Lyda Krewson said there was “an ongoing and very dangerous disturbance” going on at the St. Louis City Justice Center on Saturday morning. (Photo by Robert Cohen/St. Louis Post-Dispatch via AP Photo) 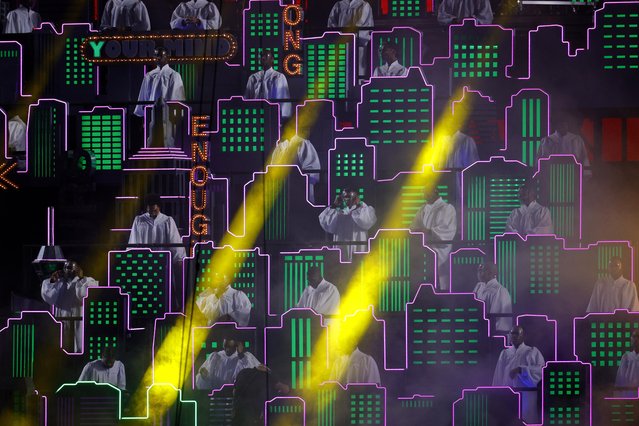 General view as The Weeknd performs during the halftime show at Raymond James Stadium, Tampa, Florida, U.S. on February 7, 2021. (Photo by Brian Snyder/Reuters) 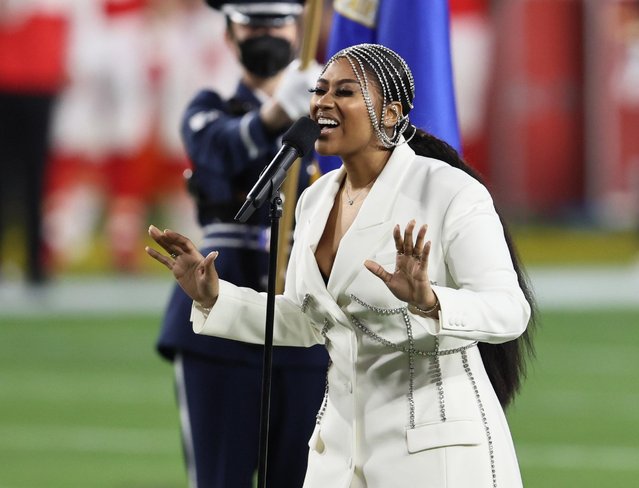 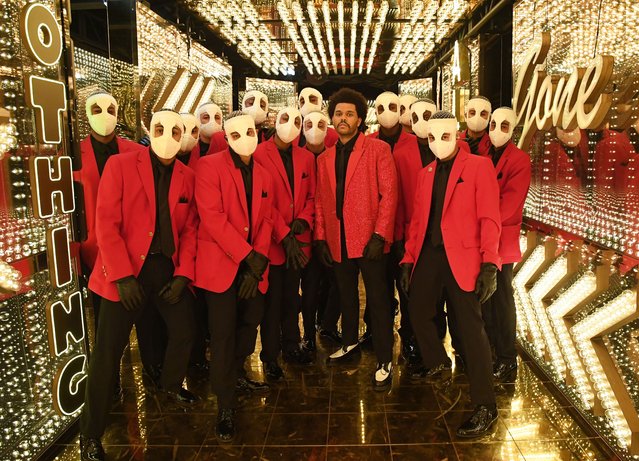 In this image released on February 7th, The Weeknd rehearses for the Super Bowl LV Halftime Show at Raymond James Stadium on February 04, 2021 in Tampa, Florida. (Photo by Kevin Mazur/Getty Images for TW) 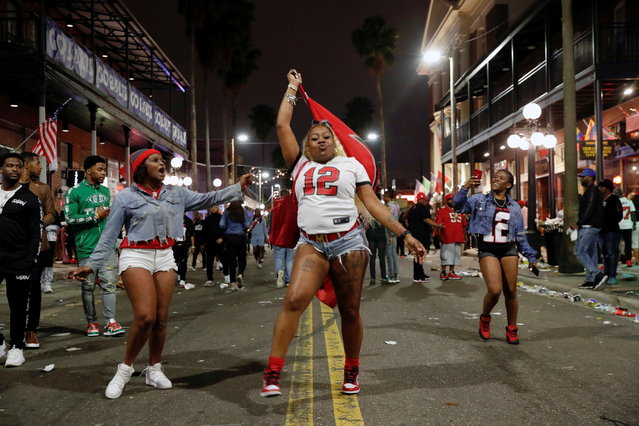 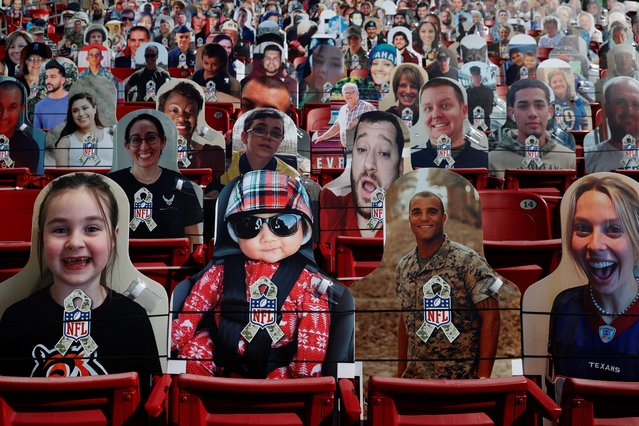 Cut-out photographs of fans fill some of the seats to maintain social distancing at Raymond James Stadium for Super Bowl LV in Tampa, Florida on February 7, 2021. (Photo by Shannon Stapleton/Reuters) 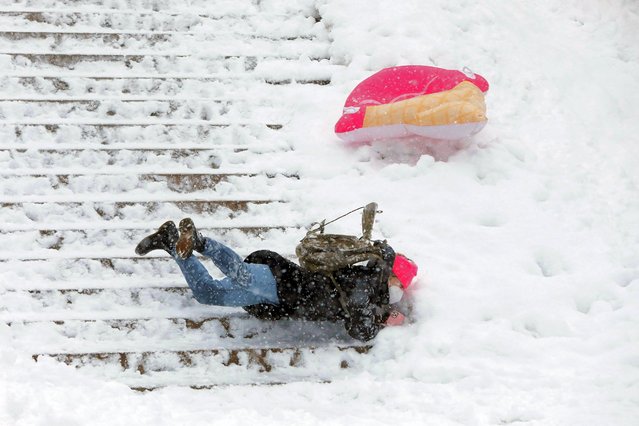 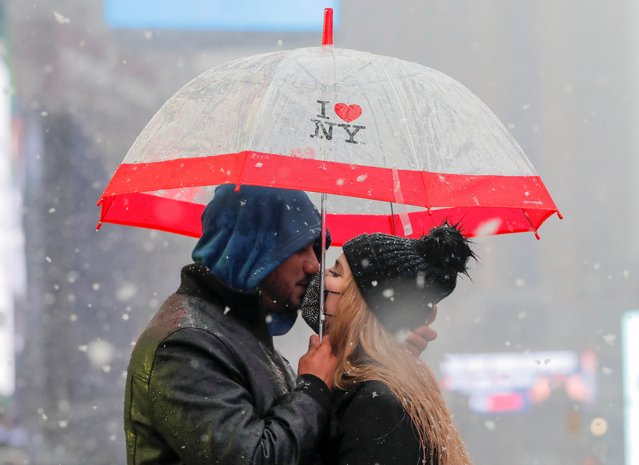 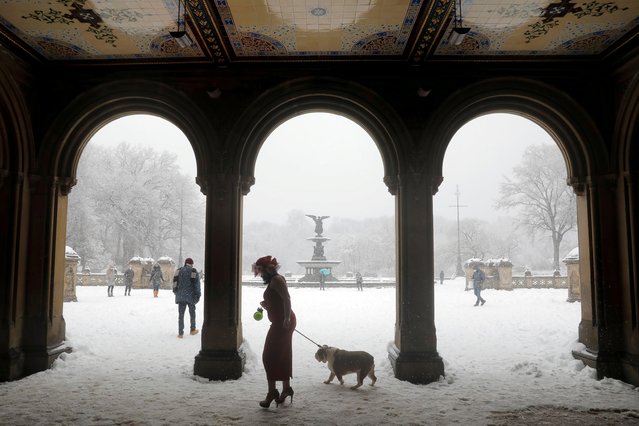 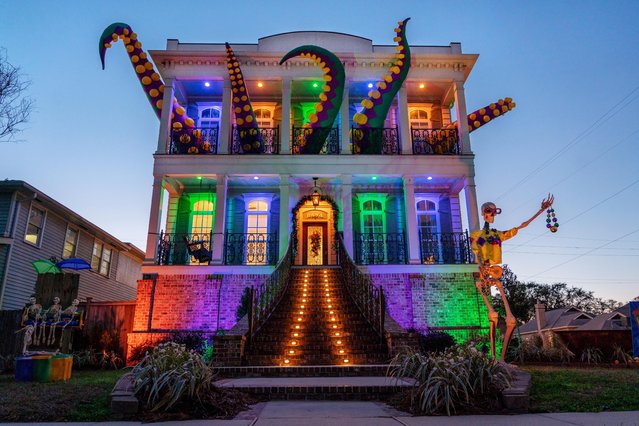 The “Kraken” house float, on Memphis St., in Lakeview, is one of thousands in the New Orleans area decorated in celebration of Mardi Gras in Louisiana, February 7, 2021. Residents have been encouraged to view the homes while practicing social distancing to prevent the spread of the coronavirus. (Photo by Kathleen Flynn/Reuters) 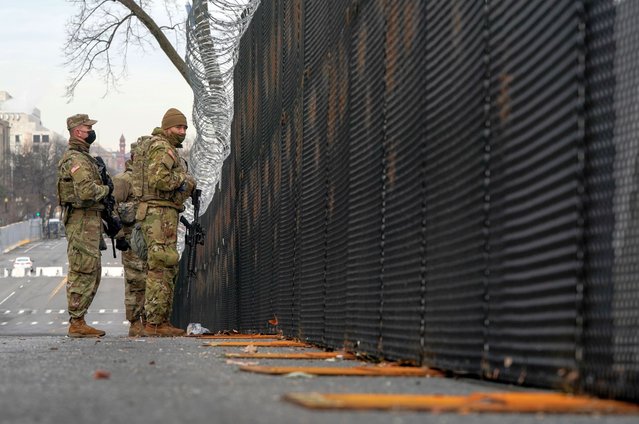 Members of the National Guard patrol at the U.S. Capitol as the second impeachment trial of former U.S. President Donald Trump is scheduled to begin in Washington, U.S., February 9, 2021. (Photo by Joshua Roberts/Reuters) 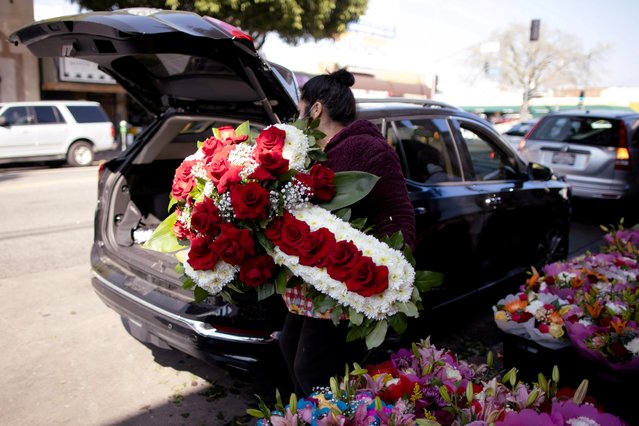 A woman lifts a funeral display into a car in the flower district as the coronavirus disease (COVID-19) outbreak continues, ahead of Valentine's Day in Los Angeles, California, U.S., February 4, 2021. (Photo by Lucy Nicholson/Reuters) 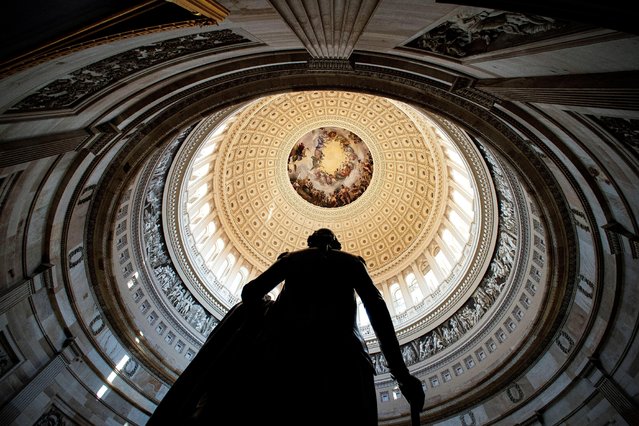 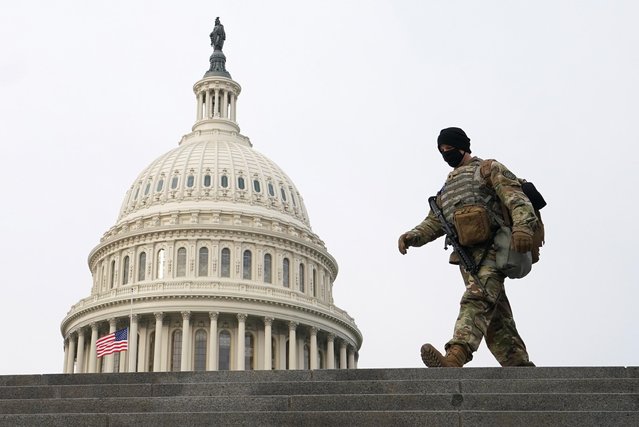 A National Guardsman walks the grounds of the U.S. Capitol on the second day of U.S President Donald Trump's second impeachment trial in Washington, U.S., February 10, 2021. (Photo by Kevin Lamarque/Reuters) 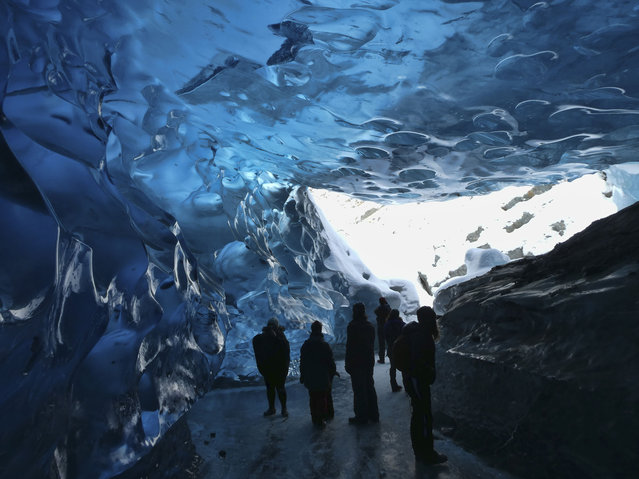 People check out the inside of an ice cave in Juneau, Alaska, on Sunday, February 7, 2021. The ice caves at the Mendenhall Glacier attracted a steady stream of visitors. The U.S. Forest Service has urged visitors to the glacier to be aware of the risks involved and to go prepared, saying a trip to or on the glacier is dangerous. (Photo by Becky Bohrer/AP Photo) 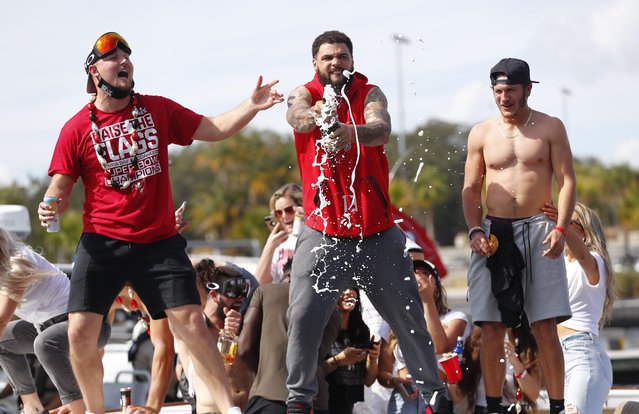 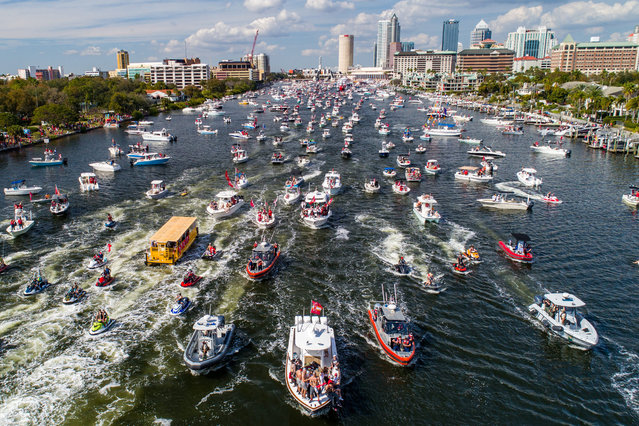 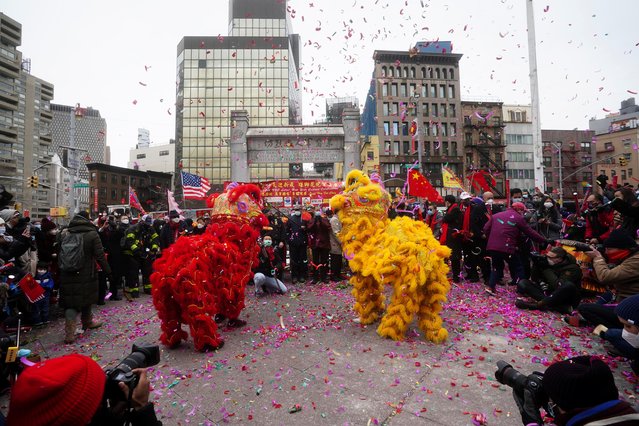 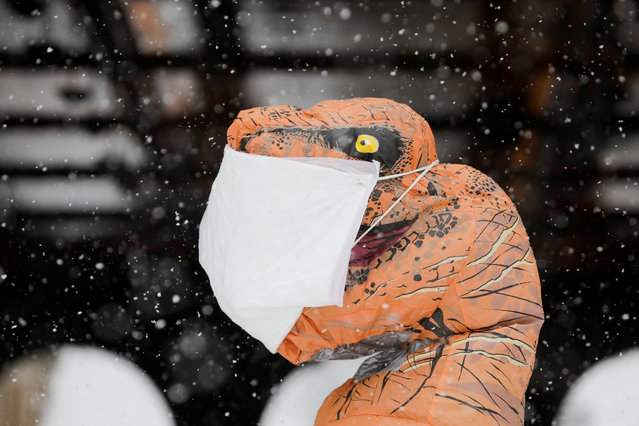 A person wearing an inflatable T-Rex costume with a mask on stands in Central Park as snow falls in Manhattan, New York City, U.S., February 7, 2021. (Photo by Andrew Kelly/Reuters) 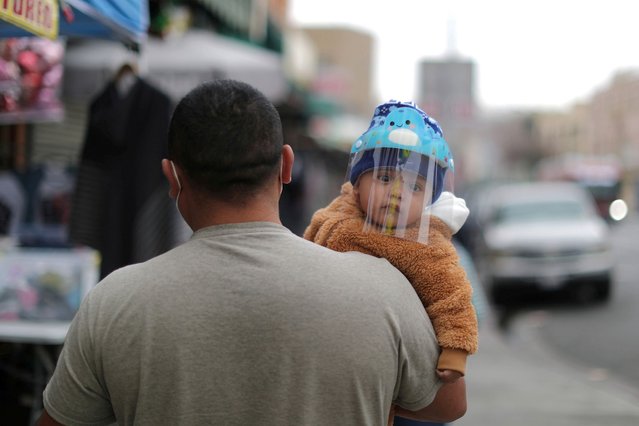