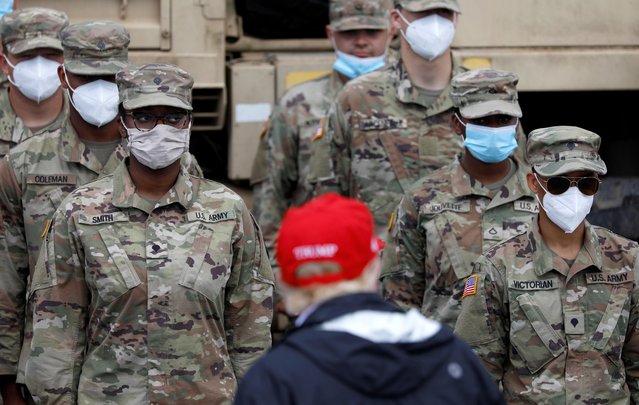 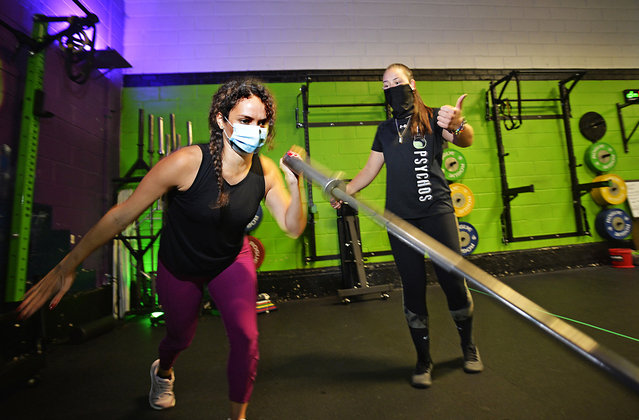 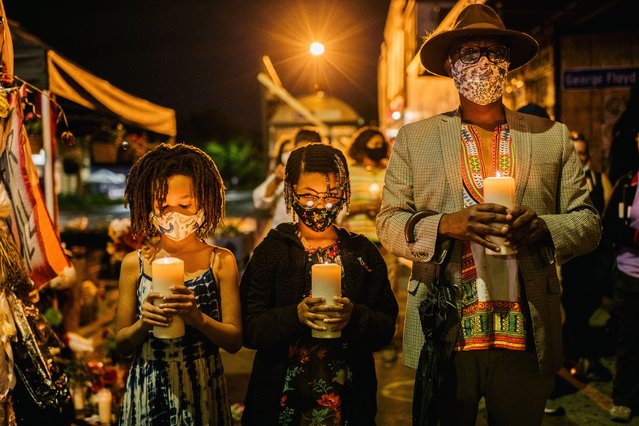 A family stand with candles during a candlelight vigil on August 30, 2020 in Minneapolis, Minnesota. The community gathered in the intersection of 38th Street and Chicago Ave for a candlelight vigil to honor Jacob Blake, 29, who was shot on August 23. Video filmed of the incident appears to show Blake shot multiple times in the back by Wisconsin police officers while attempting to enter the drivers side of a vehicle. The 29-year-old Blake was undergoing surgery for a severed spinal cord, shattered vertebrae and severe damage to organs, according to the family attorneys in published accounts. (Photo by Brandon Bell/Getty Images) 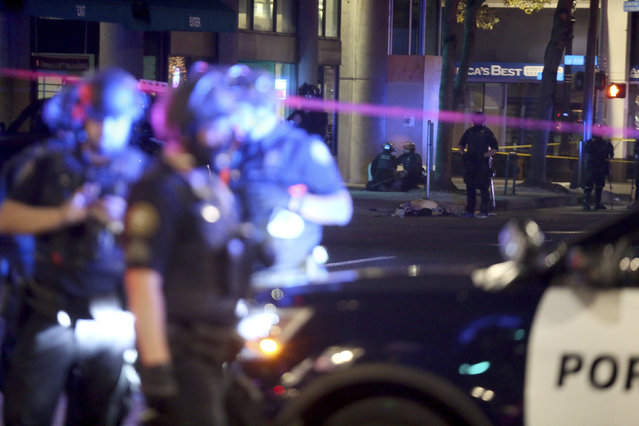 Police gather near where a person was shot Saturday night, August 29, 2020, in Portland, Ore. Fights broke out in downtown Portland as a large caravan of supporters of President Donald Trump drove through the city, clashing with counter-protesters. (Photo by Dave Killen/The Oregonian via AP Photo) 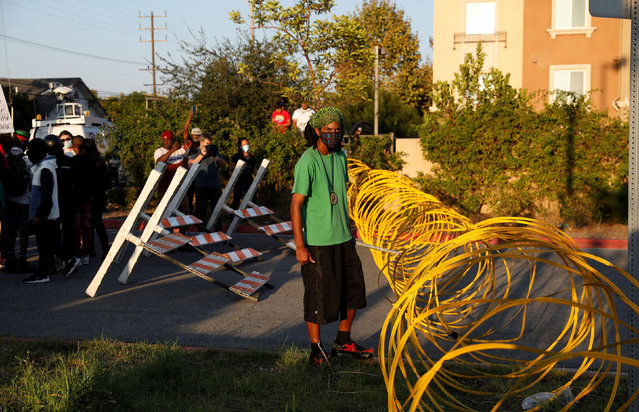 Demonstrators stand at a barricade (in yellow) set up by law enforcement personnel outside the Los Angeles County Sheriff's department station, during a protest against the shooting of Dijon Kizzee by Los Angeles sheriff's deputies, in Los Angeles, California, U.S., September 1, 2020. (Photo by Patrick T. Fallon/Reuters) 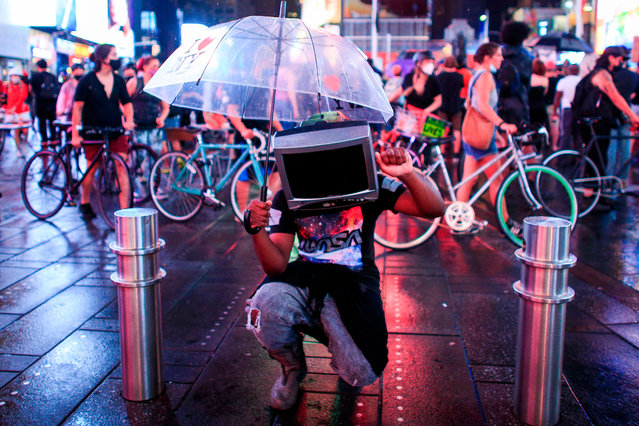 A demonstrator uses a TV case as a facemask during a protest to demand justice for Daniel Prude, on September 3, 2020 in New York City. Protests were planned in New York September 3 over the death of Daniel Prude, a black man that police hooded and forced face down on the road, according to video footage that prompted a probe from the state's attorney general. (Photo by Kena Betancur/AFP Photo) 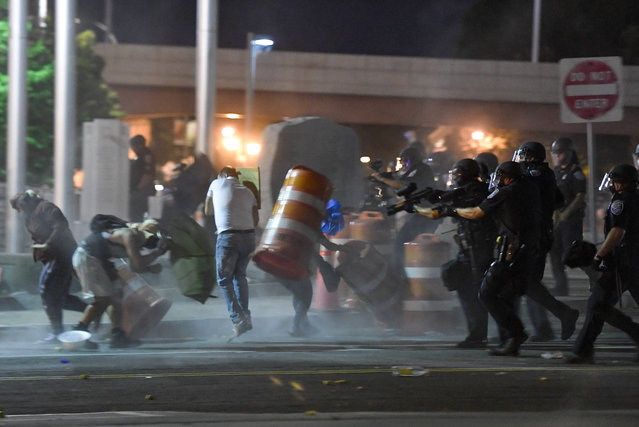 Police officers force a line of demonstrators away from the front of the Public Safety Building in Rochester, N.Y., Thursday, September 3, 2020. Seven police officers involved in the suffocation death of Daniel Prude in Rochester were suspended Thursday by the city's mayor, who said she was misled for months about the circumstances of the fatal encounter. (Photo by Adrian Kraus/AP Photo) 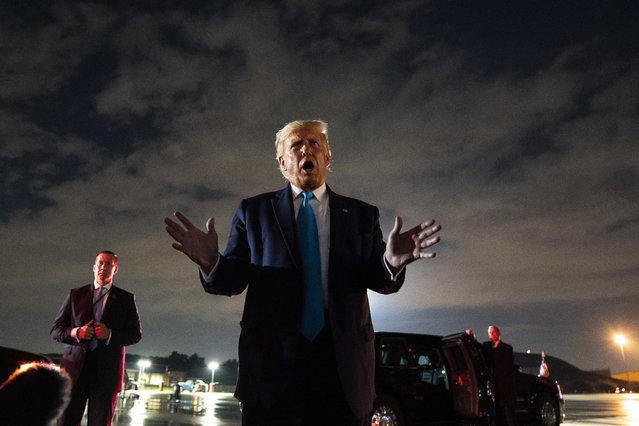 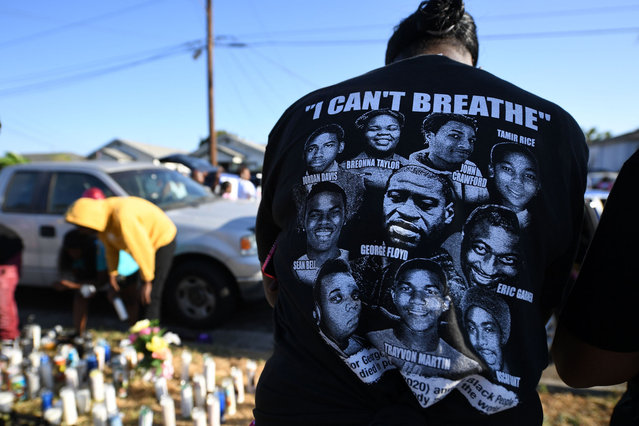 People place candles at a makeshift memorial on September 1, 2020 in Los Angeles, California at the location where Dijon Kizzee was shot and killed on August 31 by Los Angeles Sheriff's Deputies. Protesters were to hit the streets of Los Angeles on September 1, after police officers shot and killed a black man during a violent confrontation. The man, identified as 29-year-old Dijon Kizzee, was riding his bicycle on August 31 in a south Los Angeles neighborhood when deputies tried to stop him for a code violation, according to the sheriff's department. (Photo by Robyn Beck/AFP Photo) 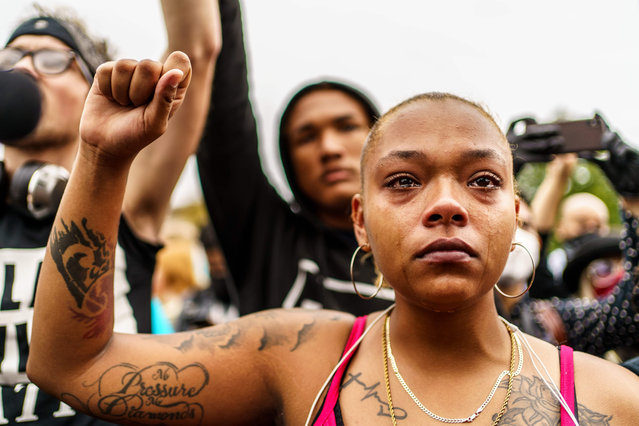 A demonstrator cries during a protest against the visit of US President Donald Trump on September 01, 2020 in Kenosha, Wisconsin. Trump said Tuesday on a visit to protest-hit Kenosha, Wisconsin that recent anti-police demonstrations in the city were acts of “domestic terror” committed by violent mobs. (Photo by Kerem Yucel/AFP Photo) 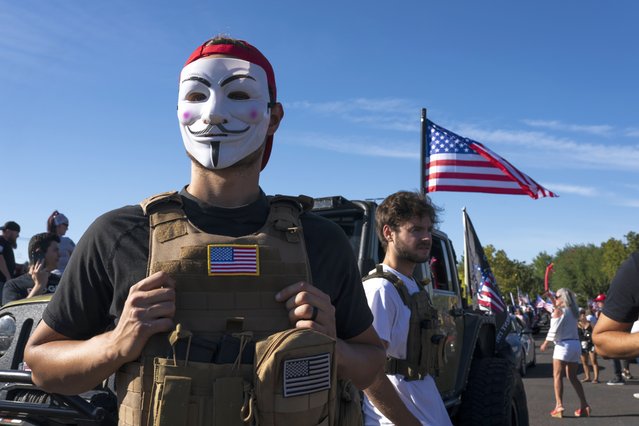 A man who identified himself only as Jonathan wears a Guy Fawkes mask during a rally in support of President Trump on August 29, 2020 in Clackamas, Oregon. Theres obviously an invisible battle going on, he said of his attendance at the rally. Im here to show support for the president and for Q Annon. (Photo by Nathan Howard/Getty Images) 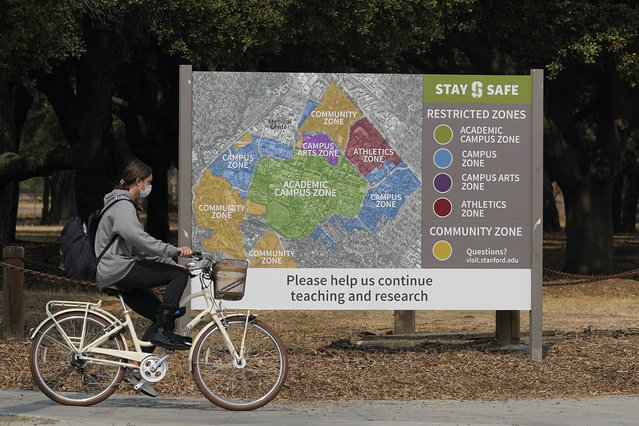 A bicyclist rides past a sign showing restricted zones around the Stanford University campus in Stanford, Calif., Wednesday, September 2, 2020. With the coronavirus spreading through colleges at alarming rates, universities are scrambling to find quarantine locations in dormitory buildings and off-campus properties to isolate the thousands of students who have caught COVID-19 or been exposed to it. (Photo by Jeff Chiu/AP Photo) 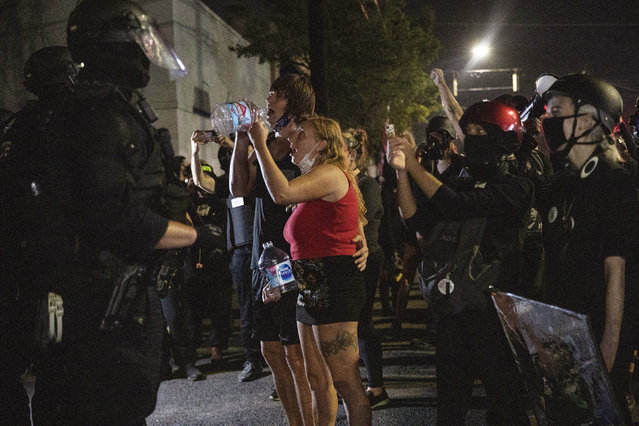 Protesters standoff with police as they take to the streets Friday, September 4, 2020 in Portland, Ore. This weekend Portland will mark 100 consecutive days of protests over the May 25 police killing of George Floyd. (Photo by Paula Bronstein/AP Photo) 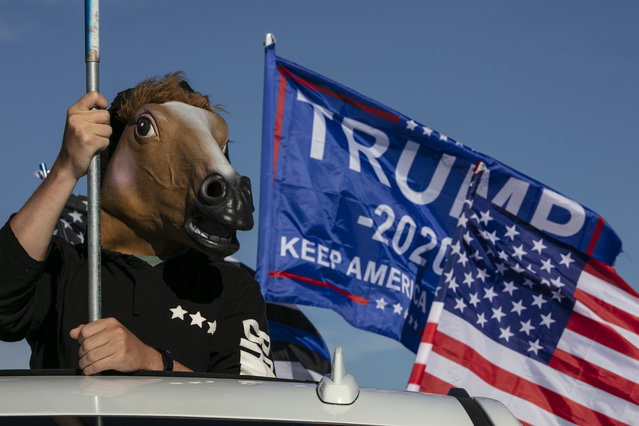 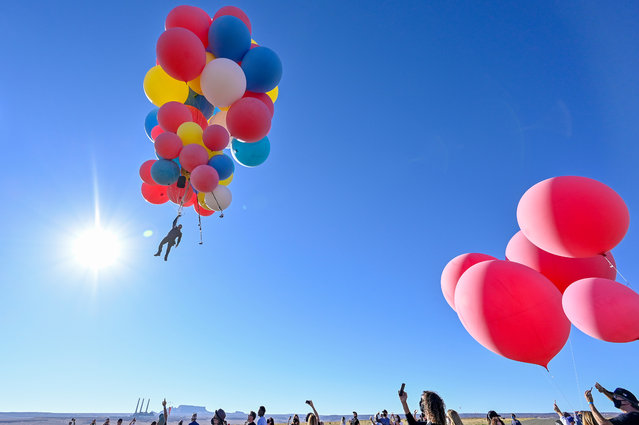 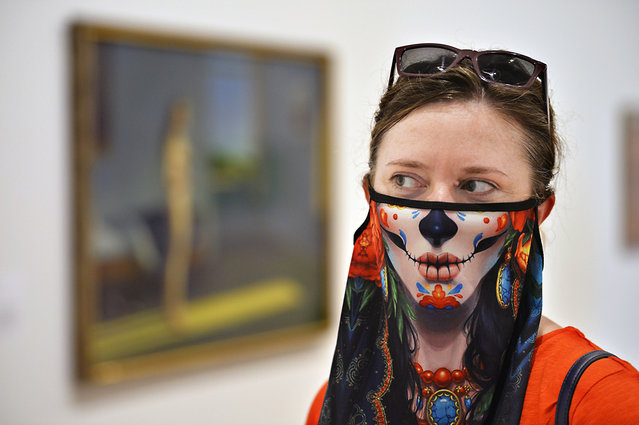