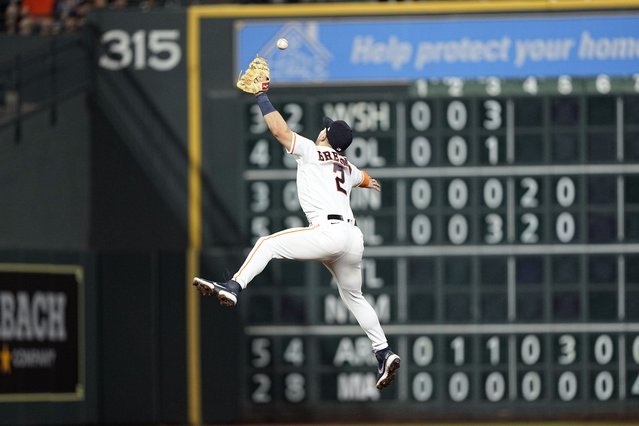 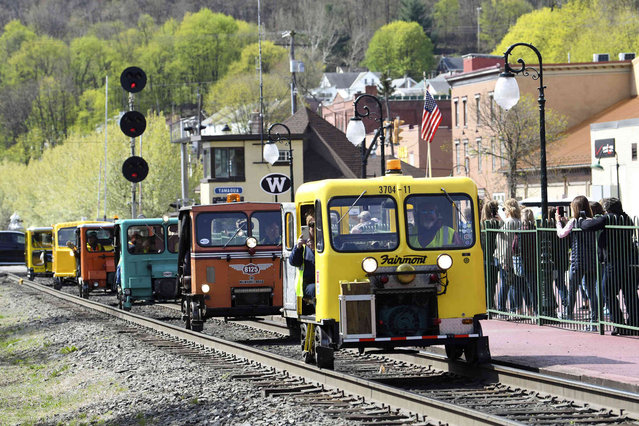 Railroad speeders driven by members of the North American Railcar Operators Association arrive at the Tamaqua Train Station in Tamaqua, Pa., for a stop, Sunday, May 1, 2022. (Photo by Jacqueline Dormer/Republican-Herald via AP Photo) 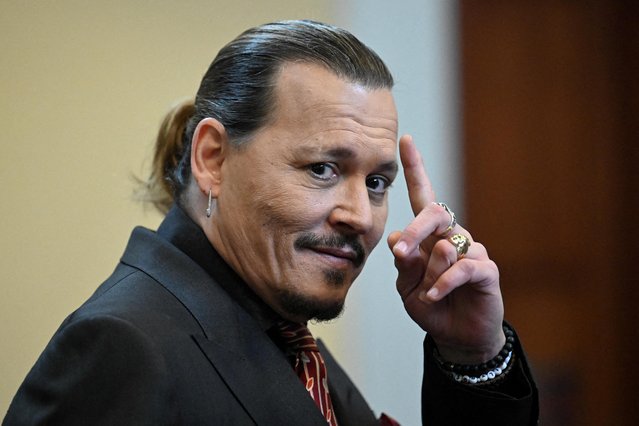 US actor Johnny Depp looks on during a hearing at the Fairfax County Circuit Courthouse in Fairfax, Virginia, on May 3, 2022. US actor Johnny Depp sued his ex-wife Amber Heard for libel in Fairfax County Circuit Court after she wrote an op-ed piece in The Washington Post in 2018 referring to herself as a “public figure representing domestic abuse”. (Photo by Jim Watson/Pool via AFP Photo) 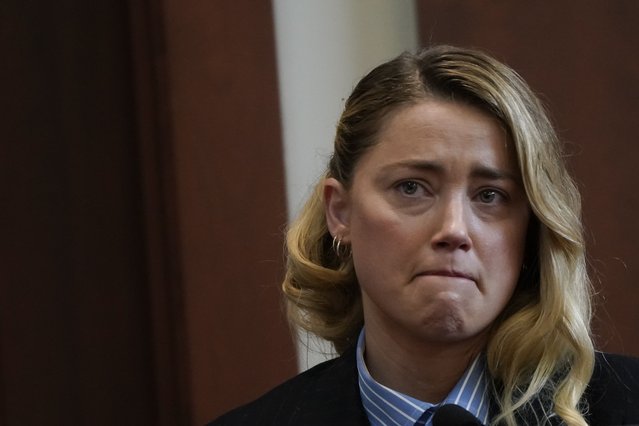 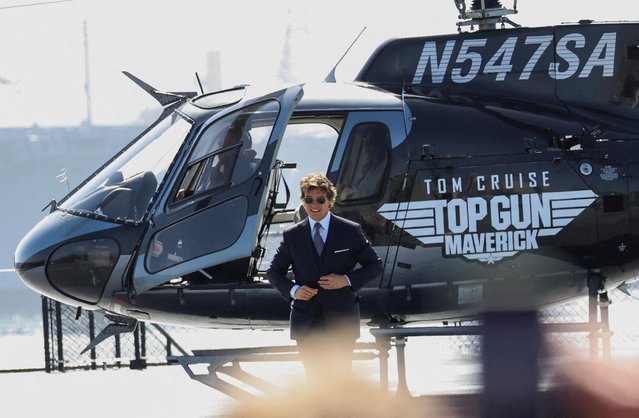 Cast member Tom Cruise arrives at the global premiere for the film Top Gun: Maverick on the USS Midway Museum in San Diego, California, U.S., May 4, 2022. (Photo by Mario Anzuoni/Reuters) 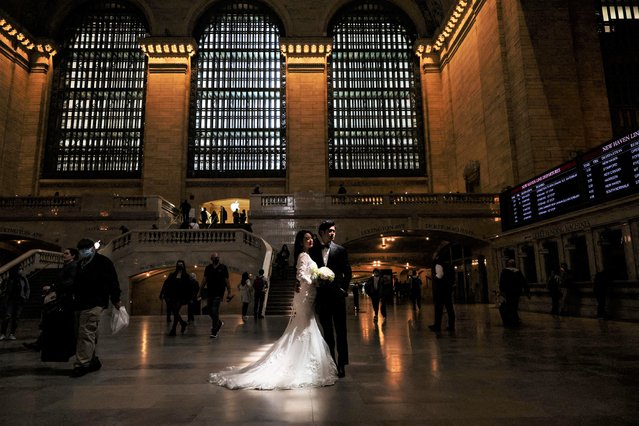 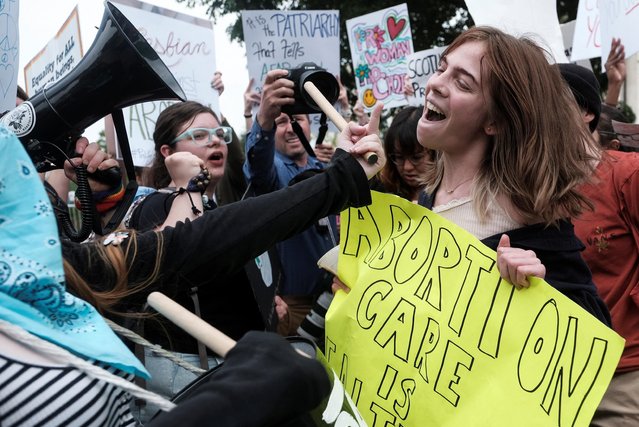 Pro-abortion and anti-abortion demonstrators confront during a protest outside the U.S. Supreme Court after the leak of a draft majority opinion written by Justice Samuel Alito preparing for a majority of the court to overturn the landmark Roe v. Wade abortion rights decision later this year, in Washington, U.S., May 4, 2022. (Photo by Michael A. McCoy/Reuters) 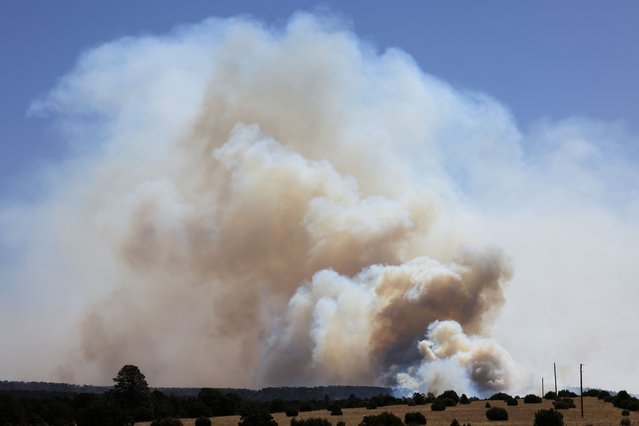 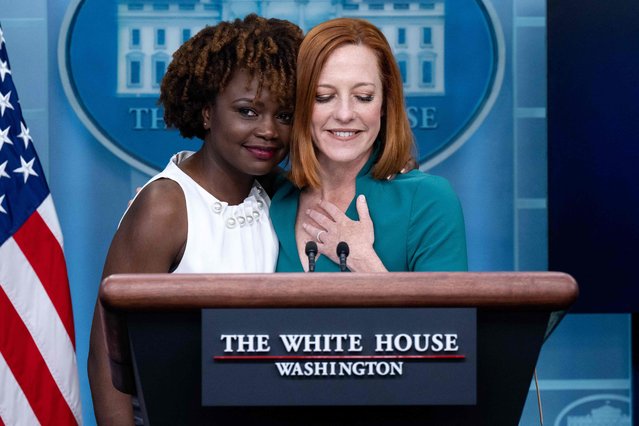 White House Press Secretary Jen Psaki (R) is hugged by current Principal Deputy Press Secretary Karine Jean-Pierre during a press briefing in the Brady Press Briefing Room of the White House in Washington, DC, May 5, 2022, after it was announced Psaki would step down from her role next week and be replaced by Jean-Pierre. US President Joe Biden on May 5, 2022 named Karine Jean-Pierre as the next White House press secretary, the first Black woman to hold the high-profile post. Jean-Pierre, who will also be the first openly LGBTQ+ person in the role, will replace Jen Psaki, under whom she served as deputy, from May 13, according to a White House statement. (Photo by Saul Loeb/AFP Photo) 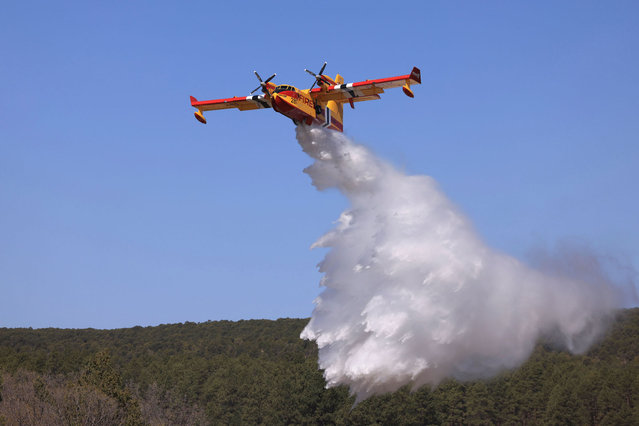 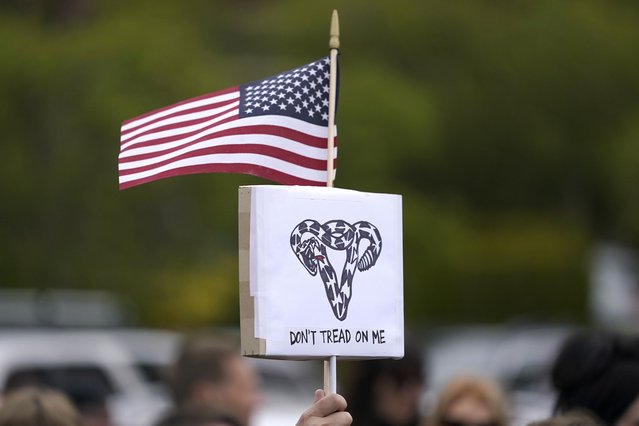 A person holds a sign that reads “Don't Tread On Me” with a uterus-shaped snake and an American flag, Tuesday, May 3, 2022, during a rally at a park in Seattle in support of abortion rights. (Photo by Ted S. Warren/AP Photo) 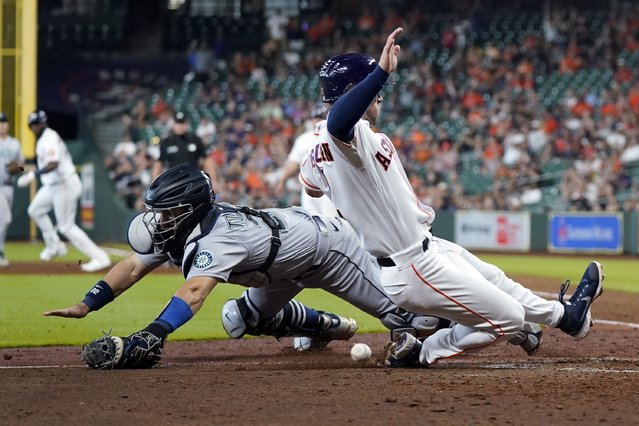 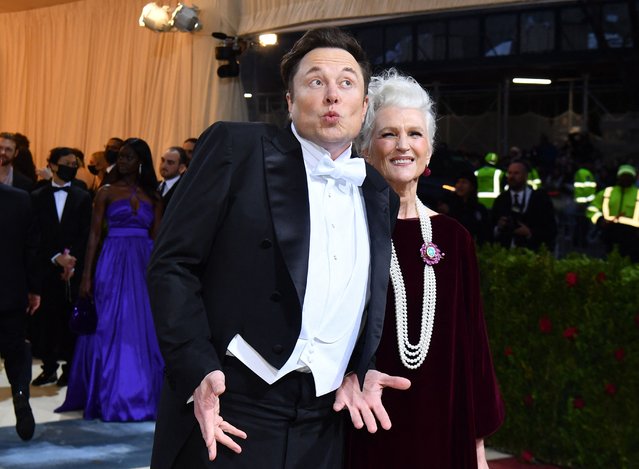 CEO, and chief engineer at SpaceX, Elon Musk and his mother, supermodel Maye Musk, arrive for the 2022 Met Gala at the Metropolitan Museum of Art on May 2, 2022, in New York. (Photo by Angela Weiss/AFP Photo) 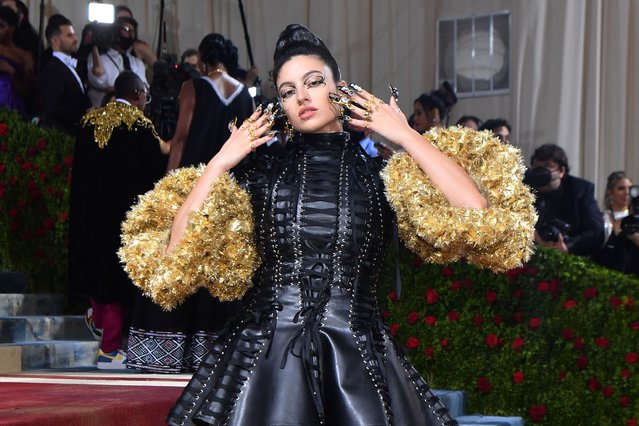 Influencer Isabelle Boemeke arrives for the 2022 Met Gala at the Metropolitan Museum of Art on May 2, 2022, in New York. (Photo by Angela Weiss/AFP Photo) 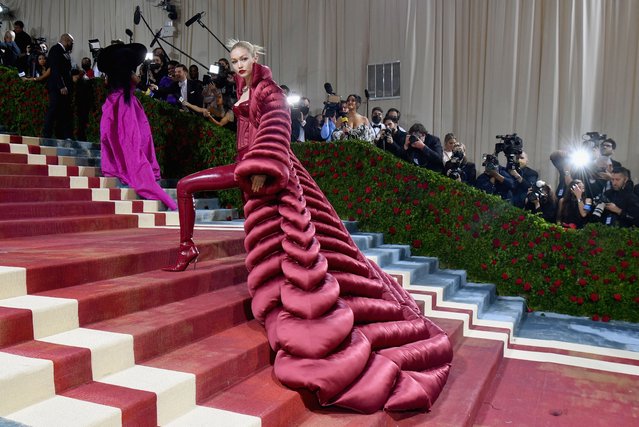 US model Gigi Hadid arrives for the 2022 Met Gala at the Metropolitan Museum of Art on May 2, 2022, in New York. (Photo by Angela Weiss/AFP Photo) 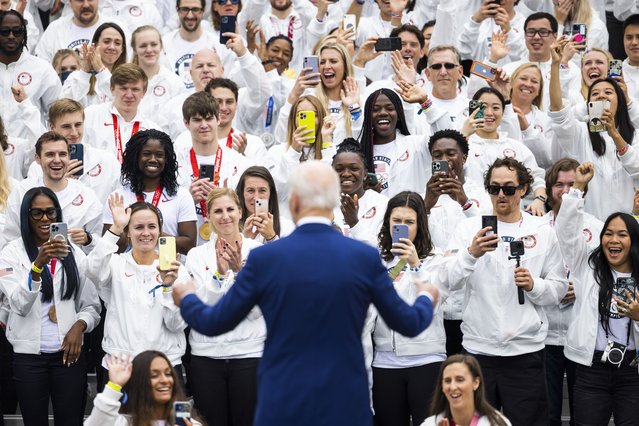 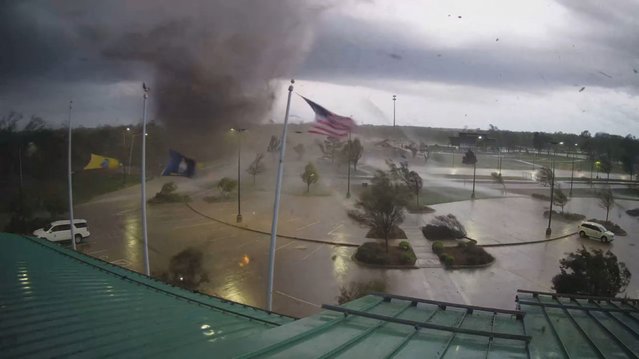 A large tornado is captured on a security camera at the Andover City Hall as it passes through Andover, Kansas, U.S., April 29, 2022 in this still image taken from a handout video. (Photo by City of Andover/Handout via Reuters) 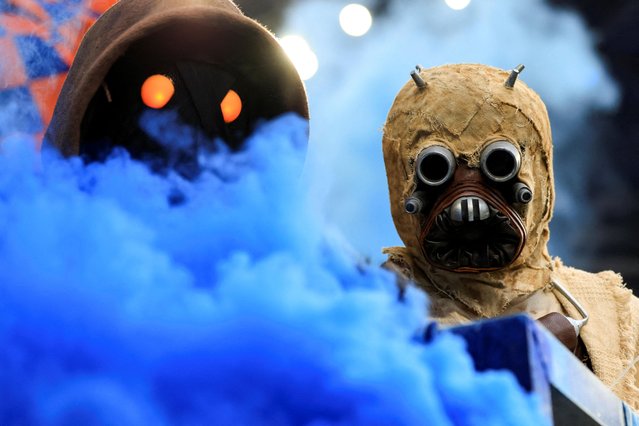 A fan dressed as a Star Wars Jawa, left, and a Tusken Raider stand in the crowd prior to the game against Toronto FC at TQL Stadium in Cincinnati, Ohio on May 4, 2022. (Photo by Aaron Doster-USA TODAY Sports) 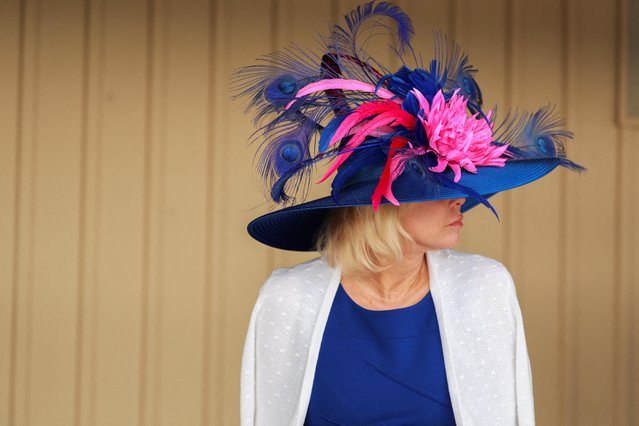 A spectator shows off her Derby hat on the day of the 148th Thurby, the Thursday before Kentucky Derby at Churchill Downs in Louisville, Kentucky, U.S., May 5, 2022. (Photo by Amira Karaoud/Reuters)
Edit Del
09 May 2022 05:45:00, post received 0 comments
Publication archive:
←   →
Popular tags:
All tags
Last searches: