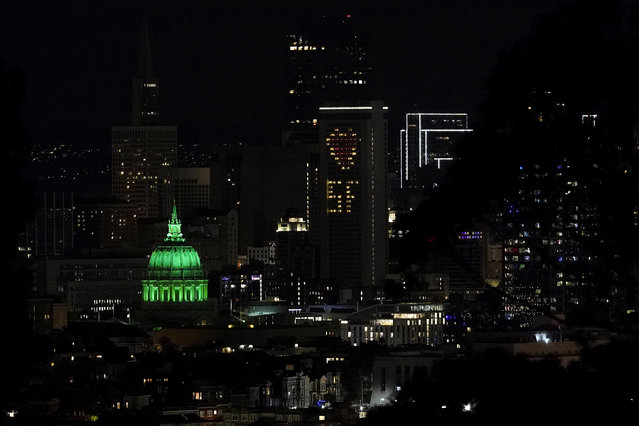 City Hall in San Francisco is illuminated in green to mark the fifth anniversary of the Paris climate accord, Saturday, December 12, 2020. (Photo by Jeff Chiu/AP Photo) 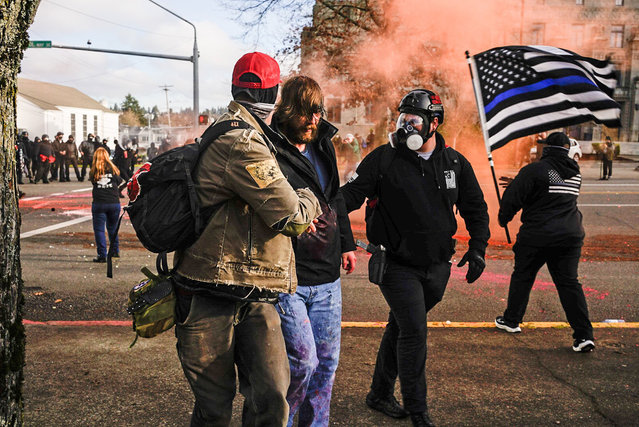 Demonstrators aid a Trump supporter who was beaten by counter-protesters during political clashes on December 12, 2020 in Olympia, Washington. Far-right and far-left groups squared off near the Washington State Capitol following violent clashes over the previous weekend. (Photo by David Ryder/Getty Images) 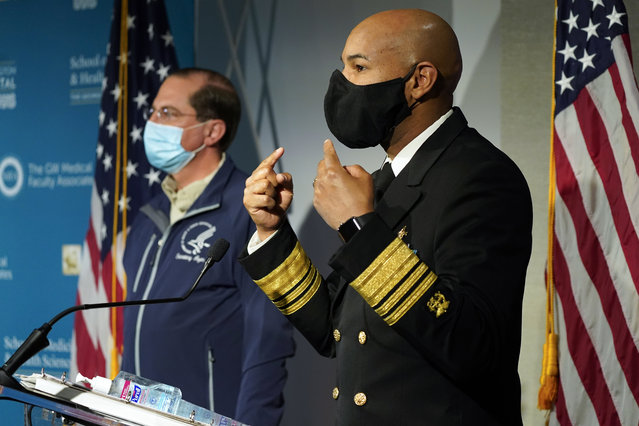 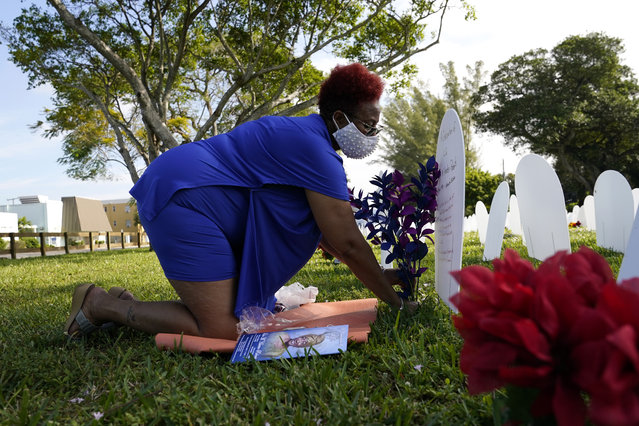 Sheila Roberts, 61, leaves flowers for her mother Lula M. Hunter-Roberts, who recently died at age 87 of COVID-19, at a symbolic cemetery created to remember and honor lives lost to the virus, Tuesday, December 15, 2020, in the Liberty City neighborhood of Miami. Roberts said her mother was a beautiful spirit inside and out, and that “she shined bright like a diamond”. (Photo by Lynne Sladky/AP Photo) 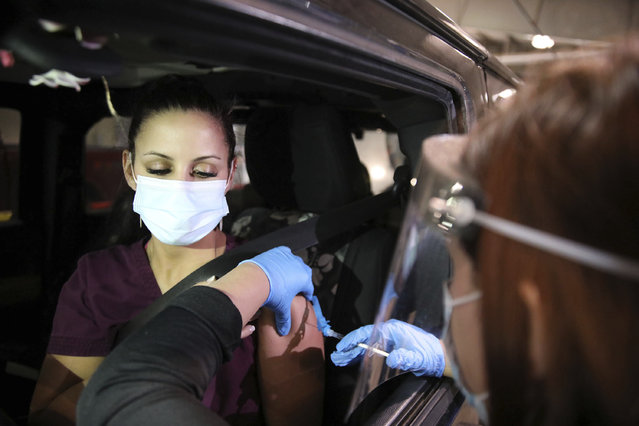 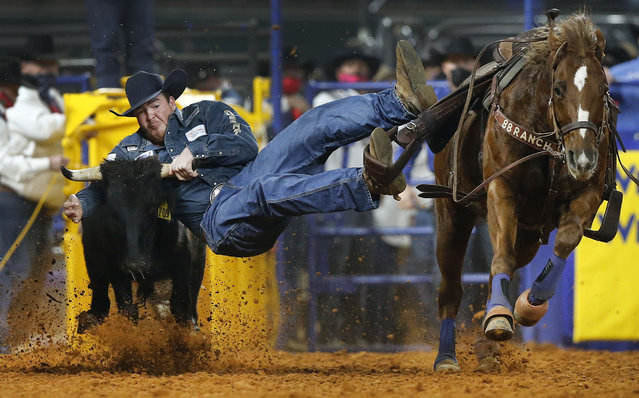 Steer wrestler Jacob Elder competes during Round 10 of the National Finals Rodeo at Globe Life Field in Arlington, Texas, Saturday, December 12, 2020. Elder won the round and the championship. (Photo by Tom Fox/The Dallas Morning News via AP Photo) U.S. President-elect Joe Biden (R) embraces his wife Dr. Jill Biden after speaking about the Electoral College vote certification process at The Queen theater on December 14, 2020 in Wilmington, Delaware. On Monday, presidential electors of the Electoral College gathered in state capitals across the nation to cast their ballots for president and vice president. Their ballots will be formally counted during a joint session of Congress on January 6, 2021. (Photo by Drew Angerer/Getty Images) 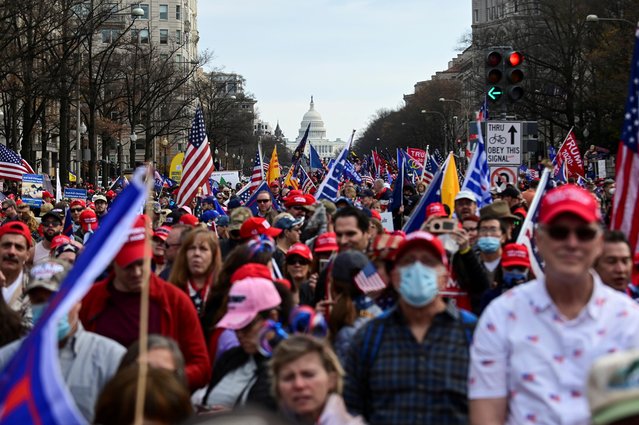 People gather on Pennsylvania Avenue for the “Stop the Steal” rally in support of U.S. President Donald Trump, in Washington, U.S., December 12, 2020. (Photo by Erin Scott/Reuters) 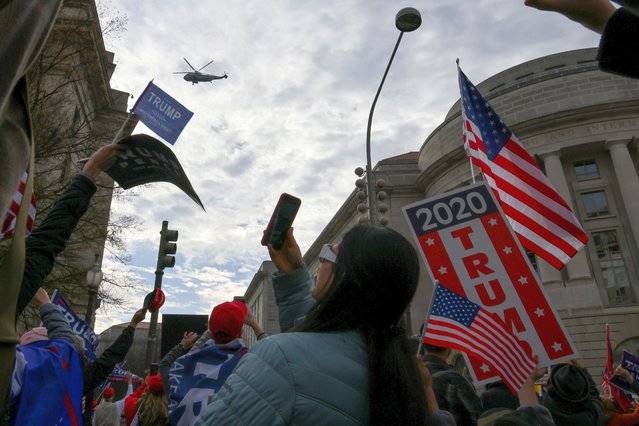 Marine One, carrying U.S. President Donald Trump, passes over people attending a rally to protest the results of the election in front of Supreme Court building, in Washington, U.S., December 12, 2020. (Photo by Jonathan Ernst/Reuters) 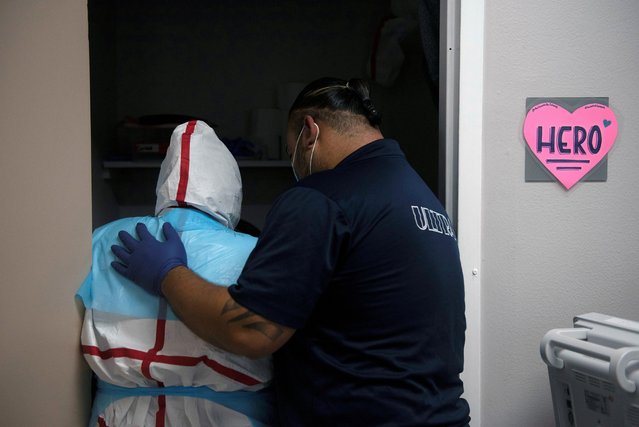 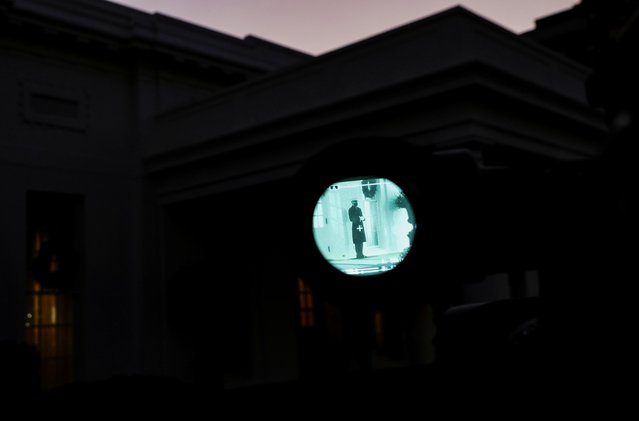 A marine stands outside of the West Wing, signaling that U.S. President Trump is in the Oval Office at the White House as the Electoral College submitted its votes across the country, making Joe Biden the official U.S. President-elect in Washington, US, U.S., December 14, 2020. (Photo by Leah Millis/Reuters) 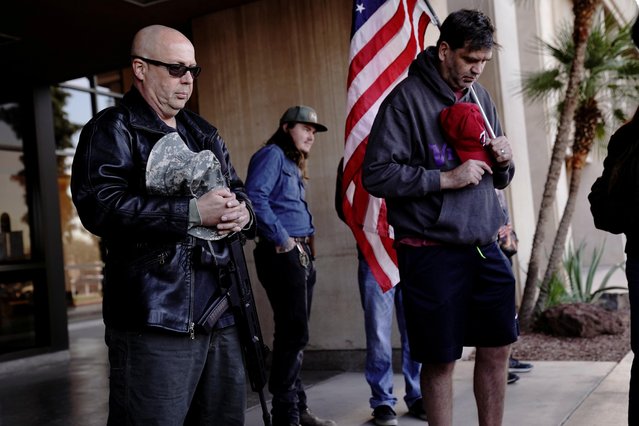 Protestors pray outside as Arizona electors gather to cast their votes for the U.S. presidential election, at the Arizona Capitol, in Phoenix, Arizona, U.S., December 14, 2020. (Photo by Cheney Orr/Reuters) 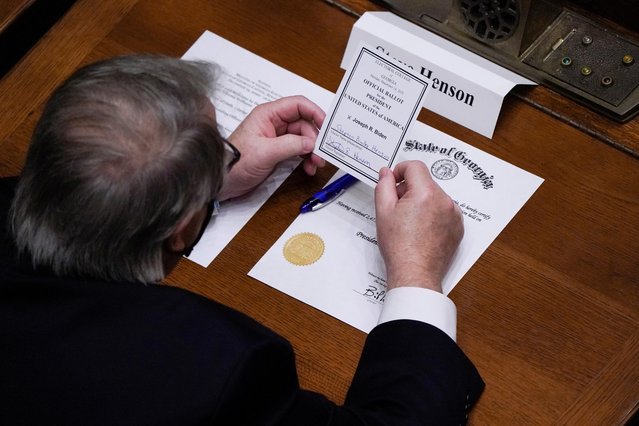 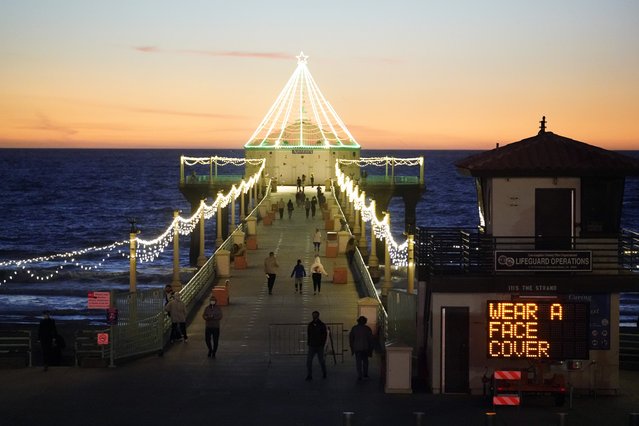 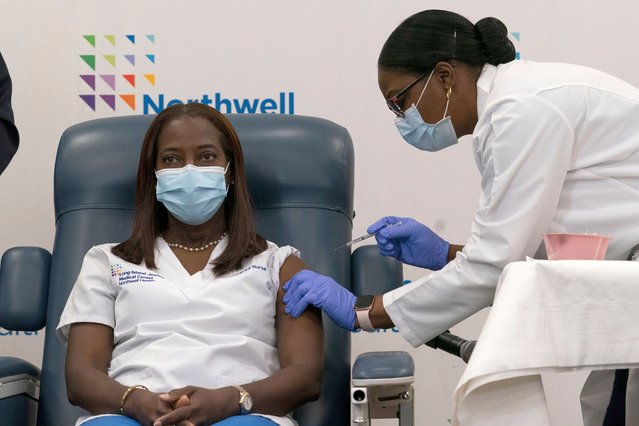 Sandra Lindsay(L), a nurse at Long Island Jewish Medical Center, is inoculated with the COVID-19 vaccine by Dr. Michelle Chester, at Long Island Jewish Medical Center, on December 14, 2020 in the Queens borough of New York. The rollout of the Pfizer and BioNTech vaccine, the first to be approved by the Food and Drug Administration, ushers in the biggest vaccination effort in US history. More than 299,000 Americans have been killed by the virus, including over 35,000 residents of New York state. (Photo by Mark Lennihan/Pool via AFP Photo) Sean Walton, the family attorney, comforts Tamala Payne, the mother of Casey Goodson Jr., a 23-year-old Black man who was killed by police last week as he entered his home, as people gathered to protest, outside of the State House in Columbus, Ohio, U.S., December 12, 2020. (Photo by Seth Herald/Reuters) Police officers guard while a man is shooting outside the Cathedral Church of St. John the Divine in the Manhattan borough of New York City, New York, U.S., December 13, 2020. A man was shot and critically injured by police after he opened fire near crowds who had gathered to watch carol-singing outside a New York church. Witnesses reported no injuries. A spokeswoman for the New York Police Department said officers returned fire after the man started shooting. (Photo by Jeenah Moon/Reuters) 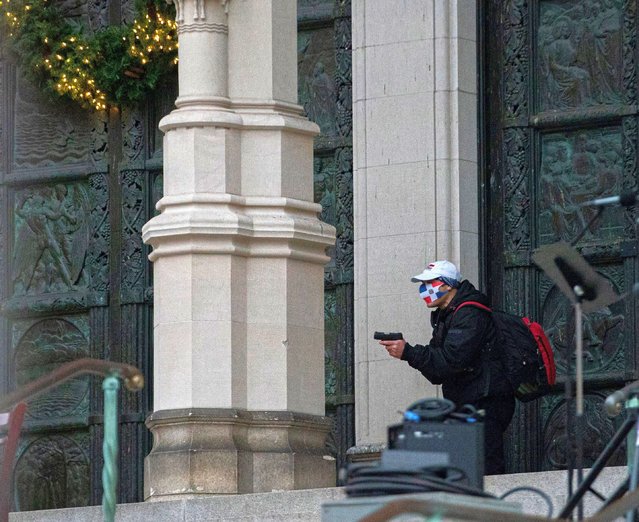 A man wearing a protective mask points his guns outside the Cathedral Church of St. John the Divine in the Manhattan borough of New York City, New York, U.S., December 13, 2020. (Photo by Jeenah Moon/Reuters) People wearing masks take cover while a man is shooting outside the Cathedral Church of St. John the Divine in the Manhattan borough of New York City, New York, U.S., December 13, 2020. (Photo by Jeenah Moon/Reuters) 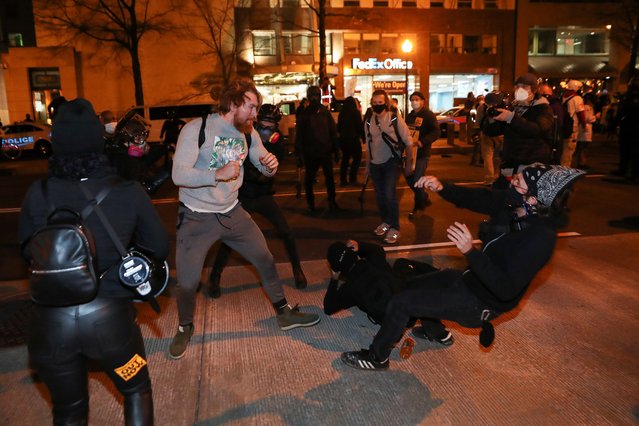