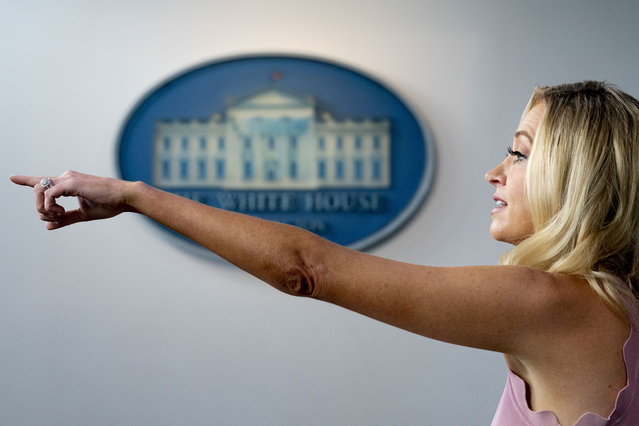 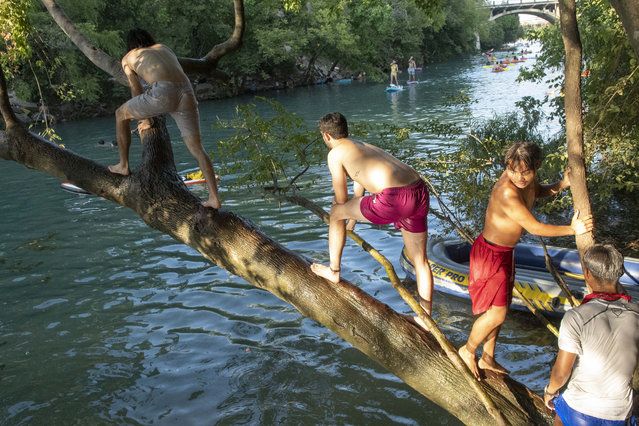 A group of boys cool off in the waters of Barton Creek south of Austin, Texas, US on August 30, 2020. Temperatures hit triple digits and a continued heat wave is expected into September. (Photo by Bob Daemmrich/ZUMA Wire/Rex Features/Shutterstock) 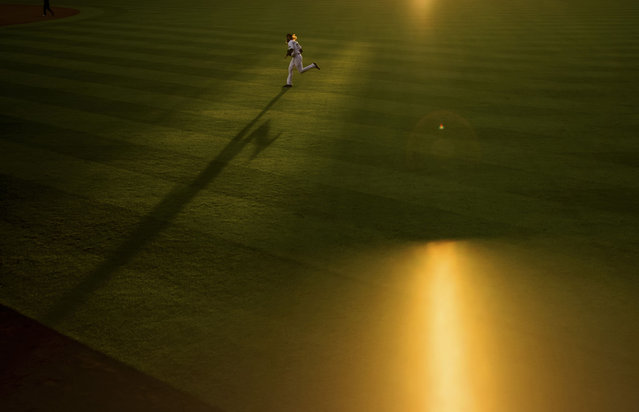 Charlie Blackmon #19 of the Colorado Rockies jogs off the field after the top half of the second inning against the San Francisco Giants at Coors Field on September 1, 2020 in Denver, Colorado. (Photo by Justin Edmonds/Getty Images) 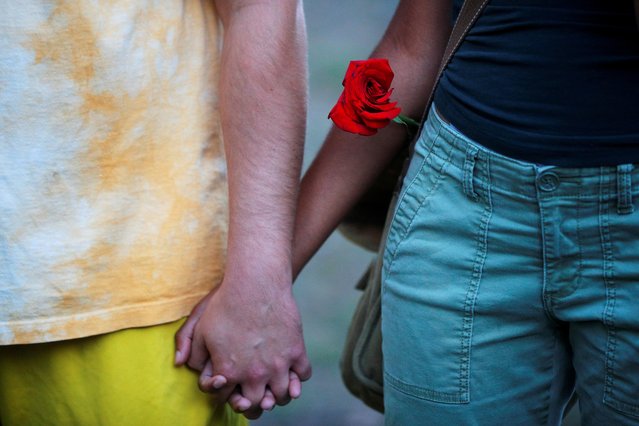 Demonstrators, one with a rose, hold hands in a rally against racial inequality and to call for justice a week after Black man Jacob Blake was shot several times by police in Kenosha, in Boston, Massachusetts, U.S., August 30, 2020. (Photo by Brian Snyder/Reuters) 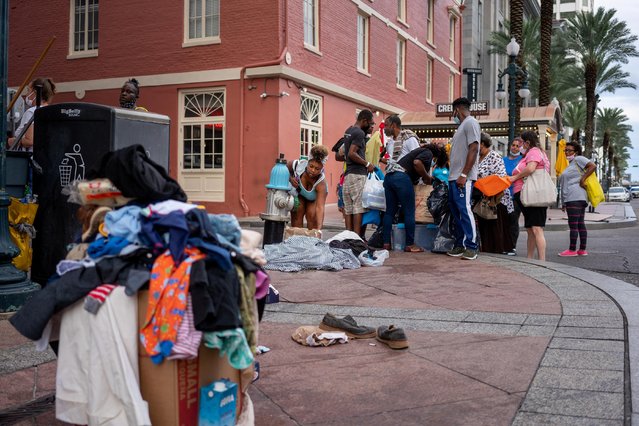 Evacuees displaced by Hurricane Laura look through items that had been dropped off on the curb outside of the New Orleans Marriott in New Orleans, Louisiana, U.S., on August 30, 2020. (Photo by Kathleen Flynn/Reuters) 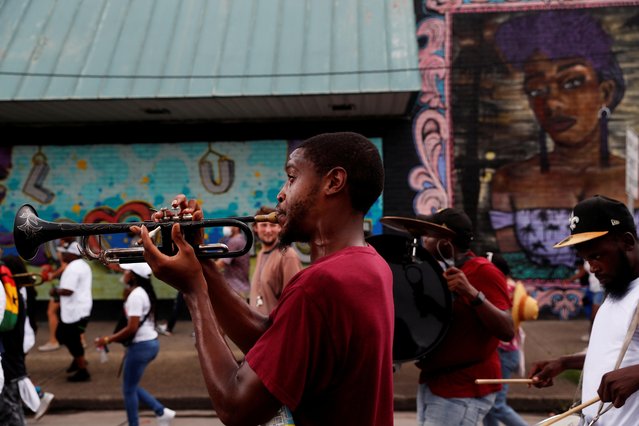 A man plays the trumpet during a march and Second Line to commemorate the 15th anniversary of Hurricane Katrina, in New Orleans, Louisiana, U.S. August 29, 2020. (Photo by Shannon Stapleton/Reuters) 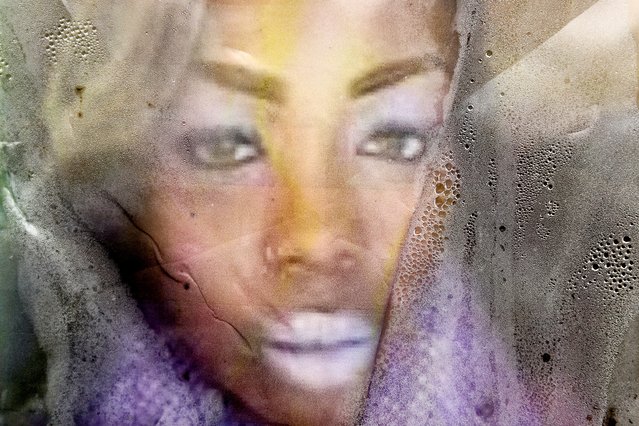 Rainwater collects inside the plastic cover of a photo of Shelly Frey, who was shot and killed by an off-duty sheriff's deputy working as a security guard at a store in Texas in 2012, in a memorial to people killed by police attached to a security fence near the White House at Black Lives Matter Plaza in Washington, U.S., September 1, 2020. (Photo by Jonathan Ernst/Reuters) 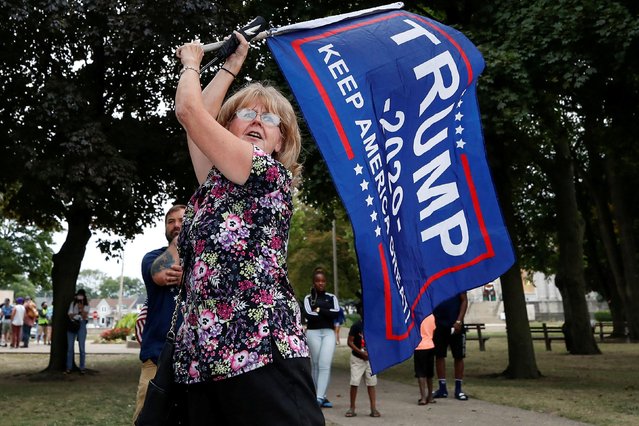 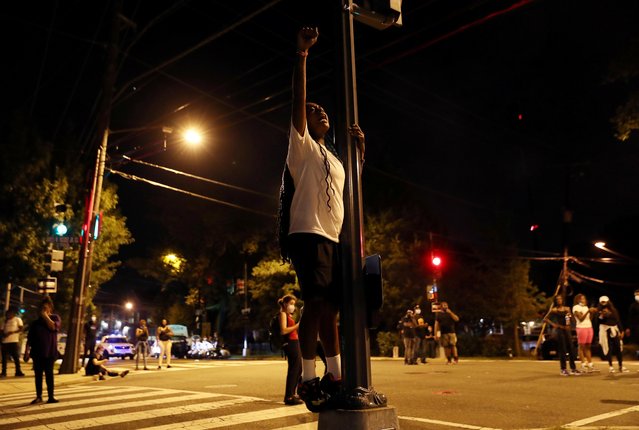 People gather outside of the 7th precinct to express their anger after Washington Metropolitan Police Department shot and killed a young Black man in South East DC, U.S. September 2, 2020. (Photo by Leah Millis/Reuters) 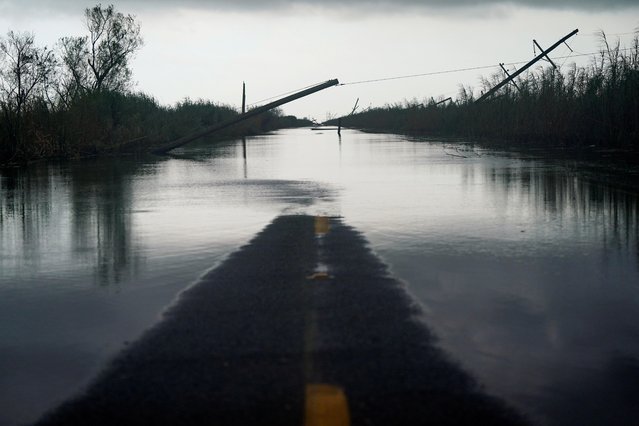 Downed power lines and flooding is seen after Hurricane Laura passed through the area in Creole, Louisiana, U.S. August 28, 2020. (Photo by Elijah Nouvelage/Reuters) 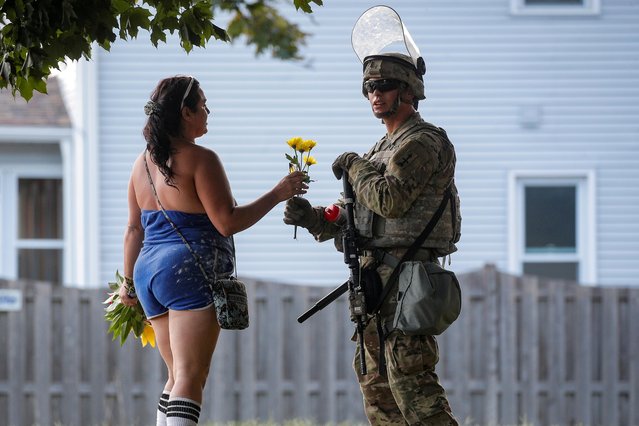 A woman hands flowers to a member of the Wisconsin National Guard standing by as people gather for a vigil, following the police shooting of Jacob Blake, a Black man, in Kenosha, Wisconsin, U.S., August 28, 2020. (Photo by Brendan McDermid/Reuters) 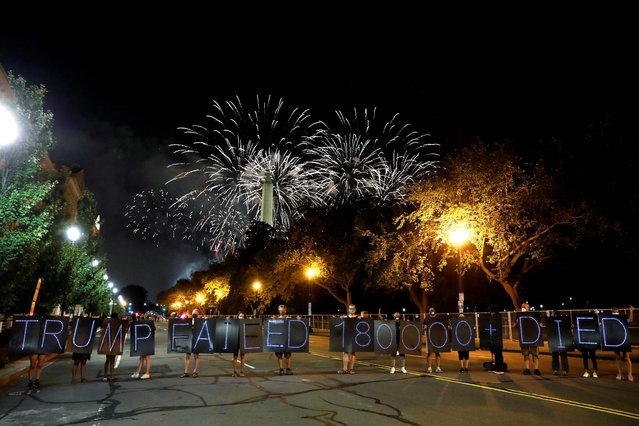 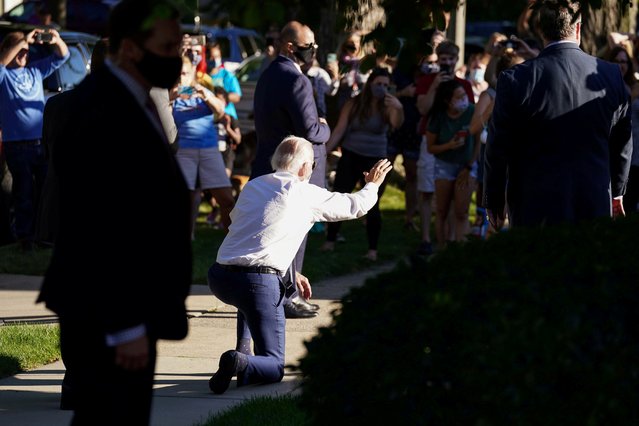 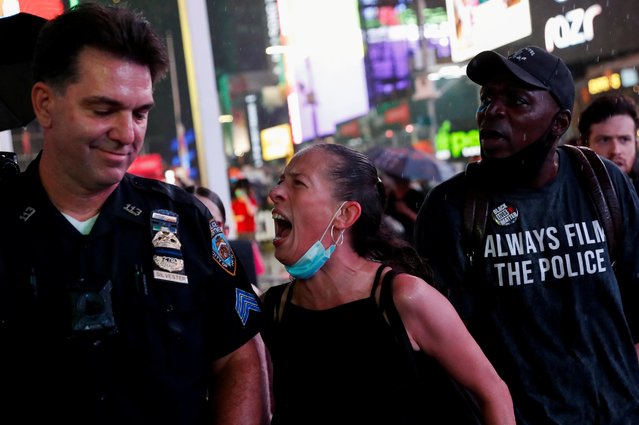 A woman argues with a police officer during a protest following the death of the Black man Daniel Prude, after police put a spit hood over his head during an arrest in Rochester on March 23, at Times Square in New York, U.S. September 3, 2020. (Photo by Shannon Stapleton/Reuters) 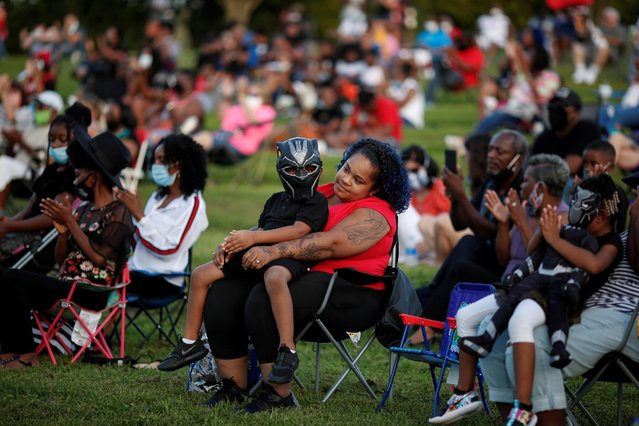 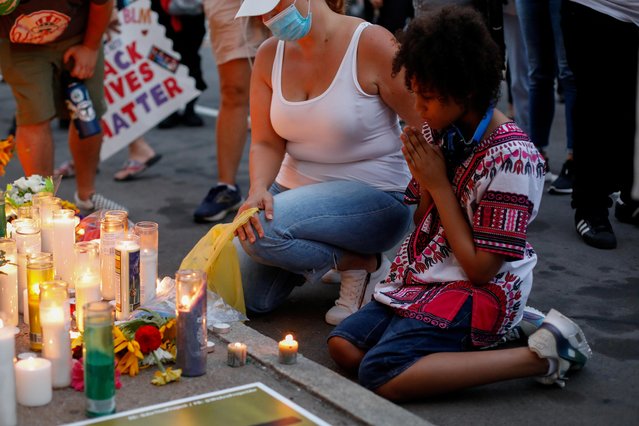 Demonstrators kneel in front of a memorial during a protest following the death of a Black man, Daniel Prude, after police put a spit hood over his head during an arrest on March 23, in Rochester, New York, U.S. September 3, 2020. (Photo by Lindsay DeDario/Reuters) 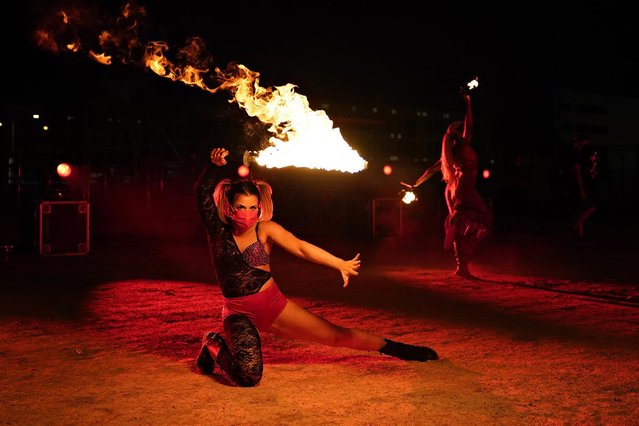 Dancers rehearse before an event in support of the Restart Act, which would give flexibility for businesses in spending Paycheck Protection Act loans, Tuesday, September 1, 2020, in Las Vegas. The event was held to raise awareness for entertainers and live event workers who have been out of work since the start of the coronavirus pandemic. (Photo by John Locher/AP Photo)
Edit Del
08 Sep 2020 00:01:00, post received 0 comments
Publication archive:
←   →
Popular tags:
All tags
Last searches: