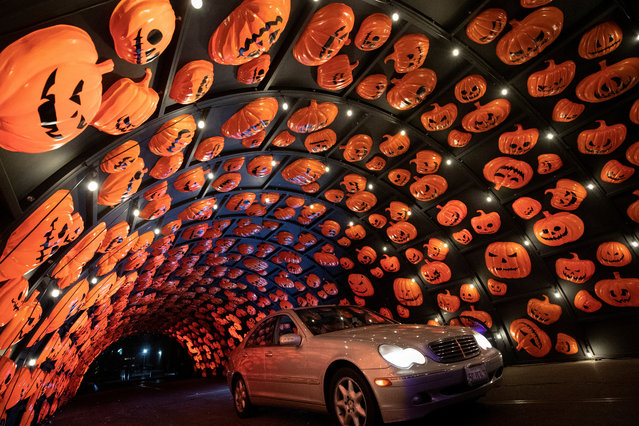 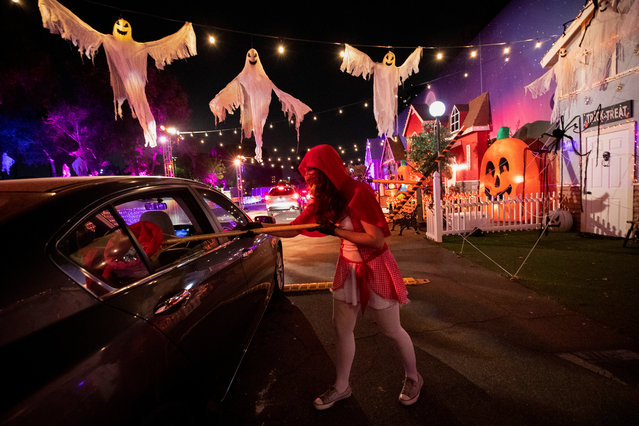 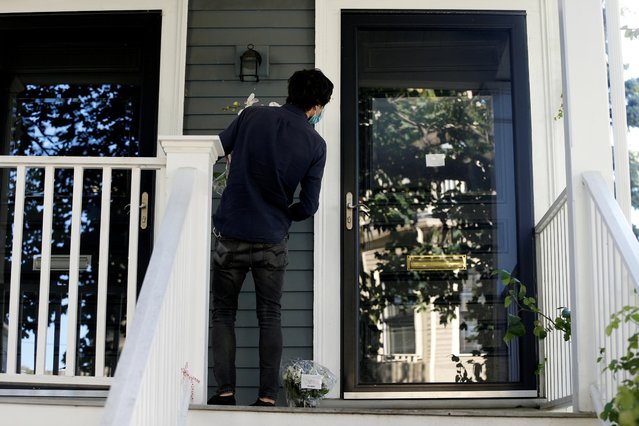 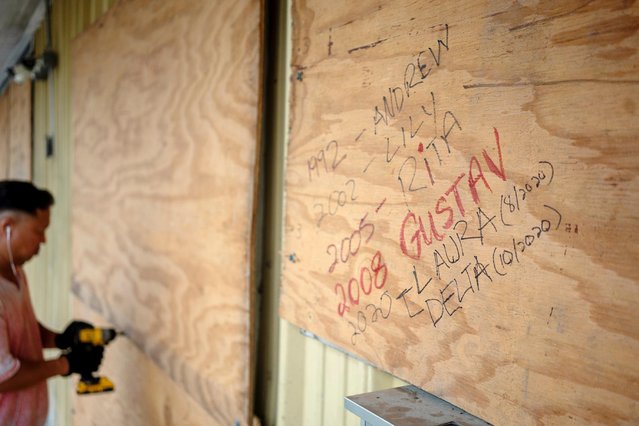 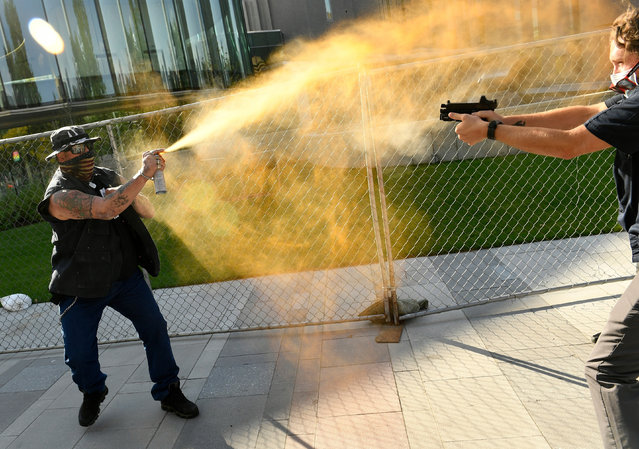 Two men clash after dueling rallies in Downtown Denver on October 10, 2020 in Denver, Colorado. The man on the left side of the photo sprays what appears to be pepper spray at the man on the right side of the image. The man at right, fires his gun at the protester at left. The shooting happened as opposing rallies by far-right and far-left activists were ending. The shooter has been identified as Matthew Dolloff. He is being held for investigation of First Degree Murder in connection with this shooting. (Photo by Helen H. Richardson/MediaNews Group/The Denver Post via Getty Images) 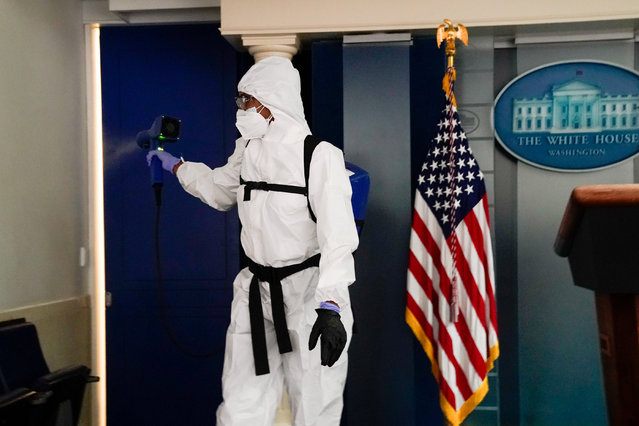 Members of the Orthodox Jewish community speak with NYPD officers, Wednesday, October 7, 2020, in the Borough Park neighborhood of the Brooklyn borough of New York. Gov. Andrew Cuomo moved to reinstate restrictions on businesses, houses of worship and schools in and near areas where coronavirus cases are spiking. Many neighborhoods that stand to be affected are home to large enclaves of Orthodox Jews. (Photo by John Minchillo/AP Photo) 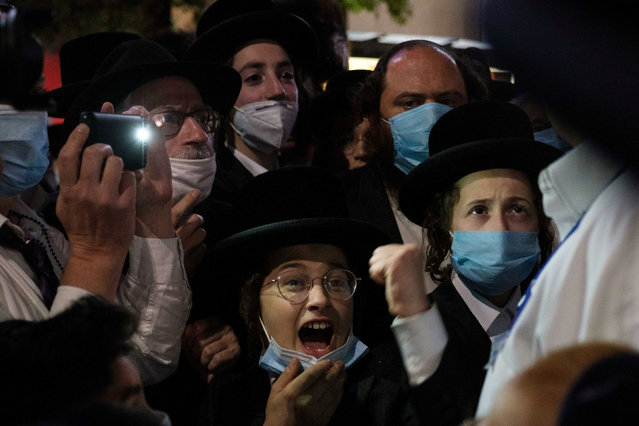 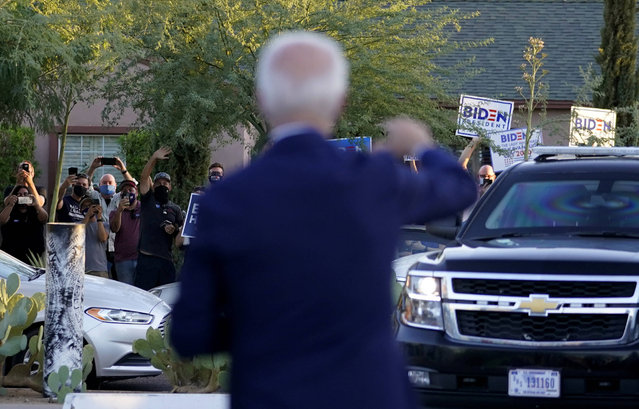 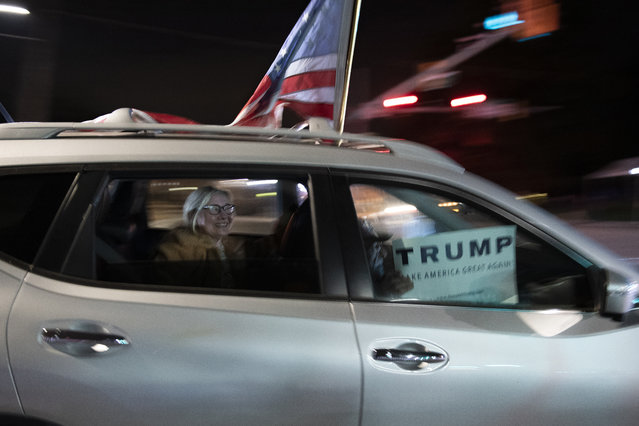 Supporters of President Donald Trump drive past the entrance to Walter Reed National Military Medical Center in Bethesda, Md., Sunday, October 4, 2020. Trump was admitted to the hospital after contracting the coronavirus. (Photo by Cliff Owen/AP Photo) 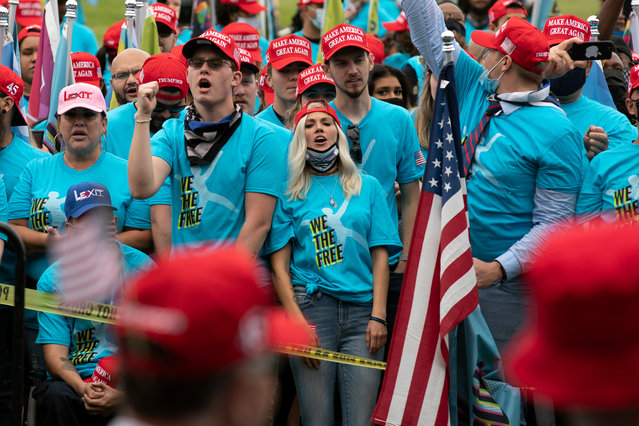 Supporters of President Donald Trump rally at The Ellipse, before entering to The White House, where Trump will hold an event on the South lawn on Saturday, October 10, 2020, in Washington. (Photo by Jose Luis Magana/AP Photo) 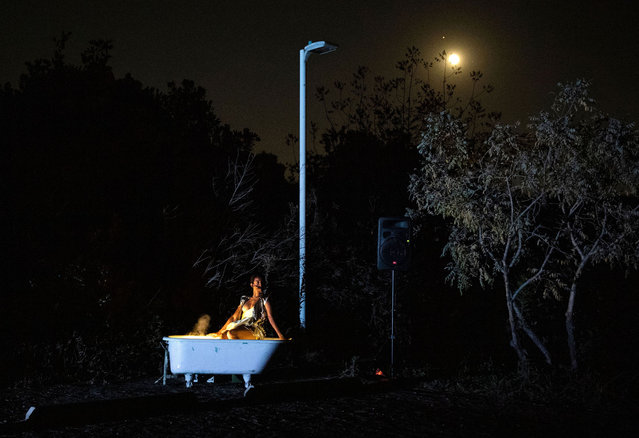 The moon rises above as a dancer from Heidi Duckler Dance wearing a facemask performs during an event as part of the company's 35th anniversary celebration entitled “The Quest” at the Baldwin Hills Scenic Overlook, October 2, 2020, in Culver City, California. The company is holding drive-up shows amid the coronavirus pandemic. (Photo by Valerie Macon/AFP Photo) 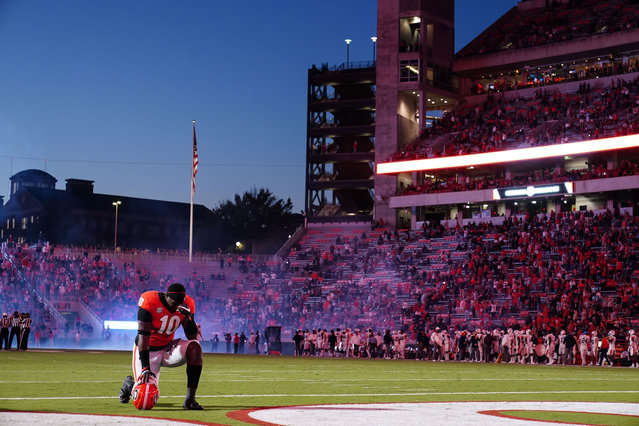 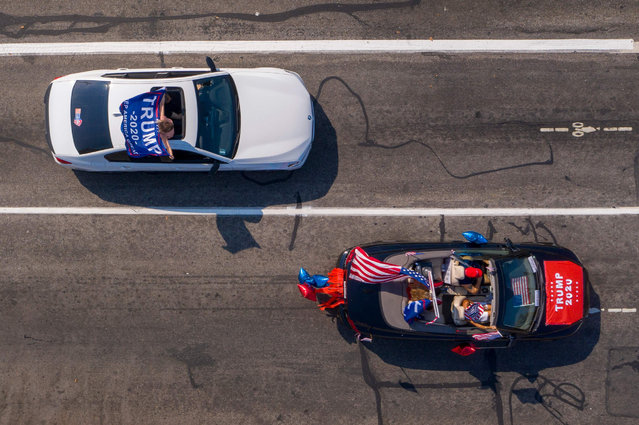 This aerial view shows supporters of the US President, who is being treated for Covid-19, taking part in a caravan as they rally for his reelection in Glendale, California, on October 4, 2020. (Photo by David McNew/AFP Photo) 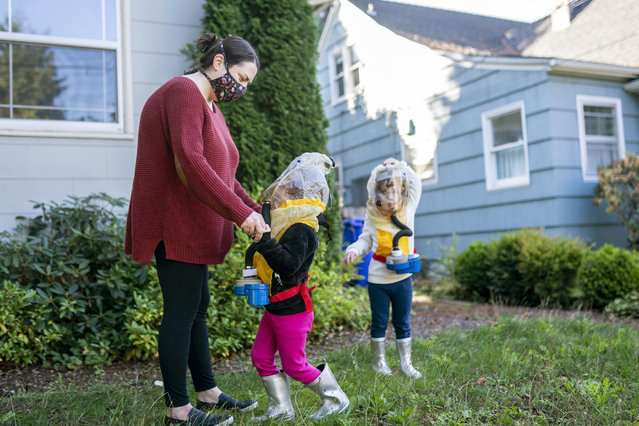 Jessica Walker (L-R) plays with her twin daughters Eleanor Walker and Buddy Mae Walker, 4, while trying on child respirators provided by the non-profit TeamRaccoonPDX on October 6, 2020 in Portland, Oregon. We told them their grandparents sent them space suits to keep them safe, Jessica Walker said of the respirators, which the family sought out after police used tear gas near their residential street. (Photo by Nathan Howard/Getty Images) 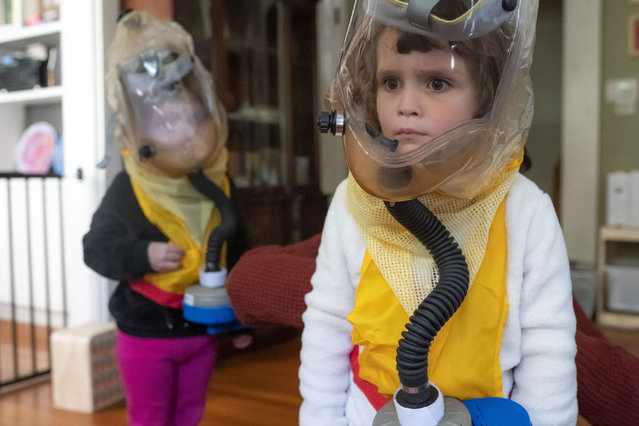