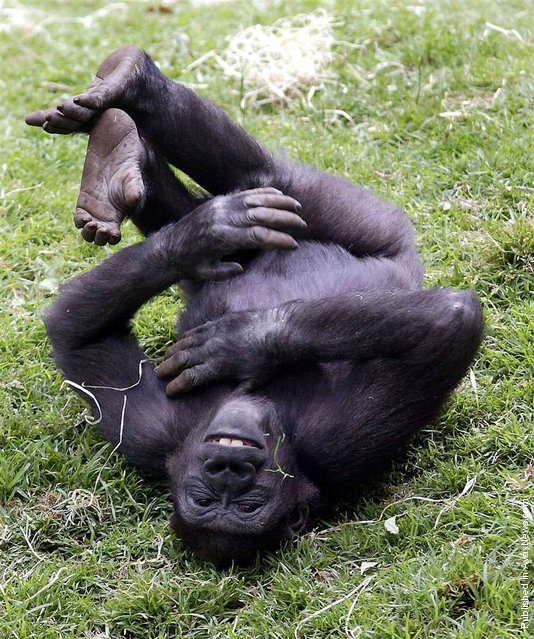 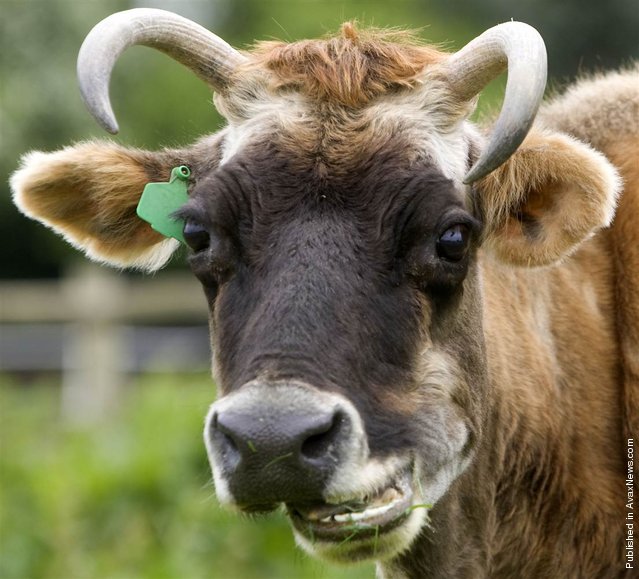 “In this 2008 photo, Dolly was living out her golden years in a luxury field at the Mistley Place Park Animal Rescue Centre in Essex, Britain. She was rescued from the slaughterhouse and able to live out the rest of her days in style. Who wouldn't smile at such luck”? (Photo by Rex USA) 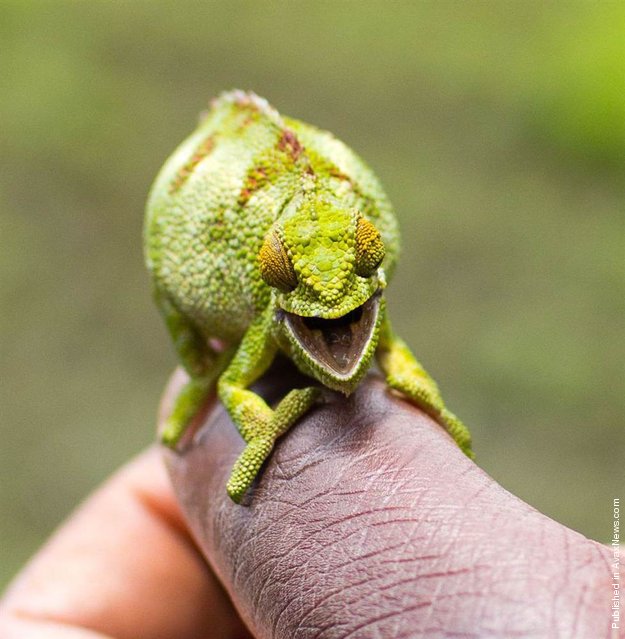 “This cheeky chameleon looks overjoyed to have his photo taken at Volcanoes National Park in Rwanda. Along with his happy grin he ensured he was an eye-catching green and yellow color for the picture. Obviously this little chameleon felt in the mood to be seen”! (Photo by Dave Stevenson/Rex USA) 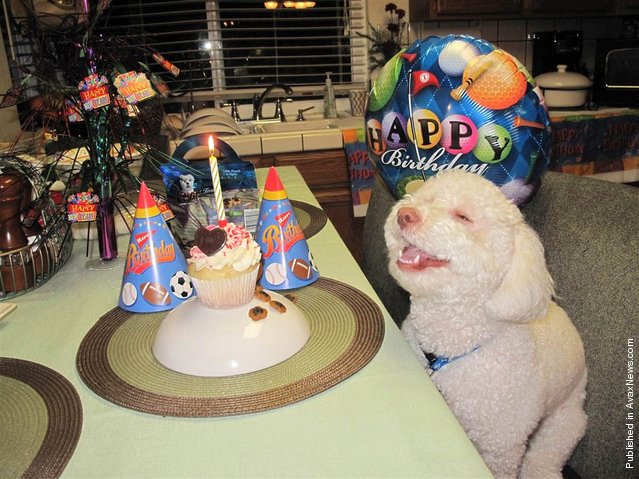 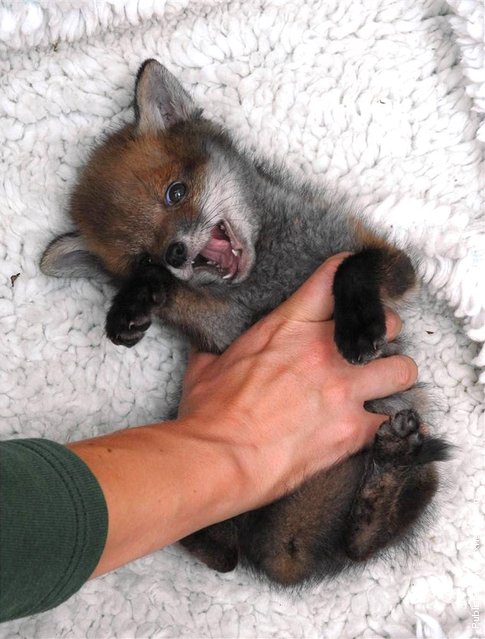 “What more is there to say than that Giggle the laughing fox was named quite appropriately”! (Photo by Chris Balcombe/Rex USA)

“This cheerful mountain goat laughs for a photographer at Mt. Evans in Colorado after he and his pals interrupted a photo shoot of the picturesque sunrise”. (Photo by Dejan Smaic/Rex USA) 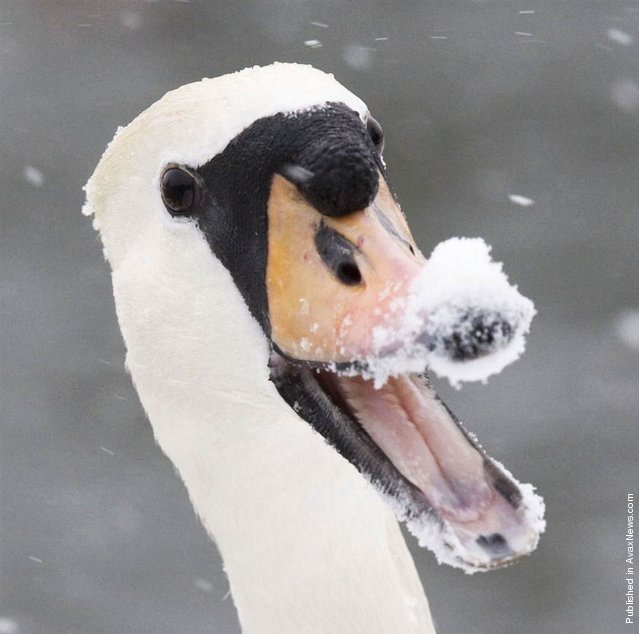 “This swan is having a laugh in its winter wonderland in West Berkshire, Britain”. (Photo by David Hartley/Rex USA) 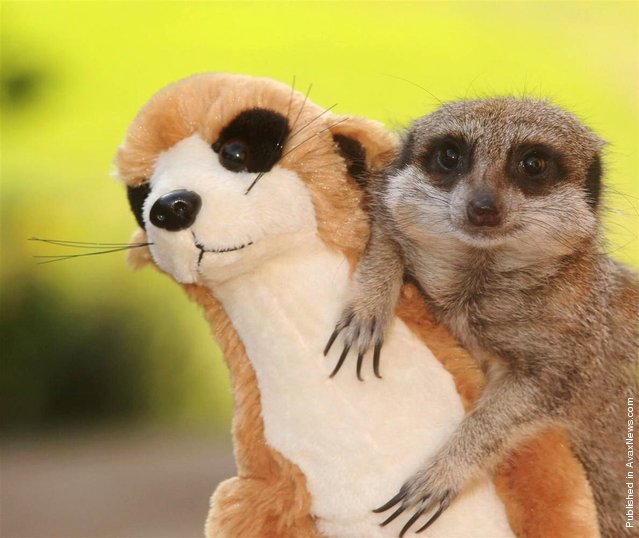 “This meerkat decided to befriend the plushy toy version of himself that was accidently dropped into his enclosure by an excited child. From the goofy grin on his face, looks like this meerkat has a new pal”! (Photo by Solent News via Rex USA) 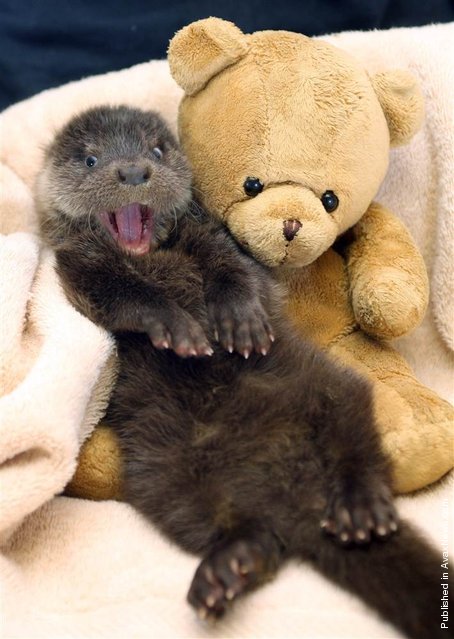 “Hope the otter has every reason to be smiling after cheating death. The underweight eight week old cub was found wandering alone along the road until she was rescued by a kind-hearted member of the public. Since her rescue she's made a miraculous recovery and even made some new friends, like this teddy bear”! (Photo by Richard Austin/Rex USA) 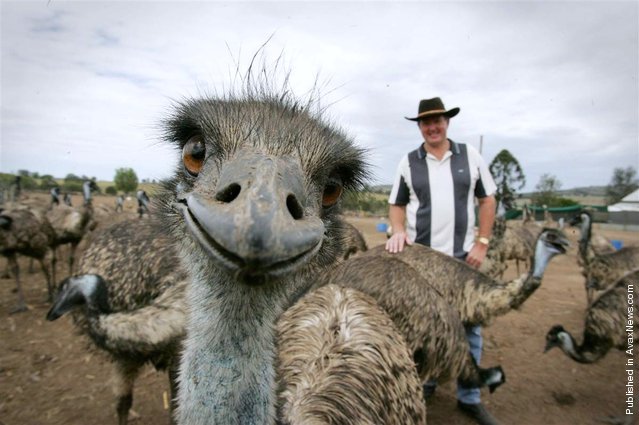 “Humans aren't the only ones to put on a happy face. These animals are smiling and laughing, grinning and giggling as they enjoy life! This Emu definitely isn't camera shy. Stephen Schmidt, from Try It Emu Farm in Marburg, Australia, must be doing something right to generate such a big smile from one of his residents”. (Photo by Jamie Hanson/Rex USA) 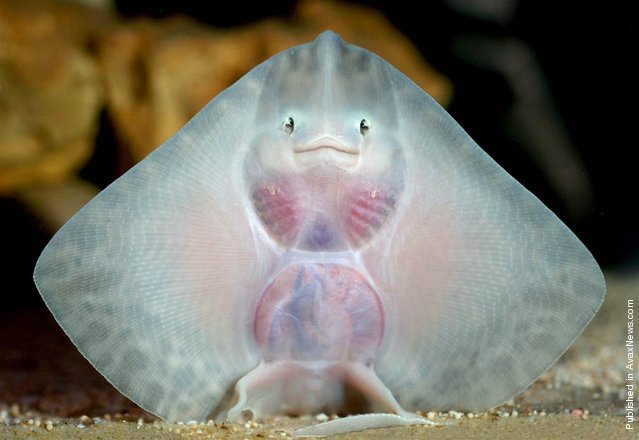 “With it's alien-like smiling face, this baby thornback ray attracted a lot of attention at an aquarium in Hampshire, Britain”. (Photo by Solent News via Rex USA) 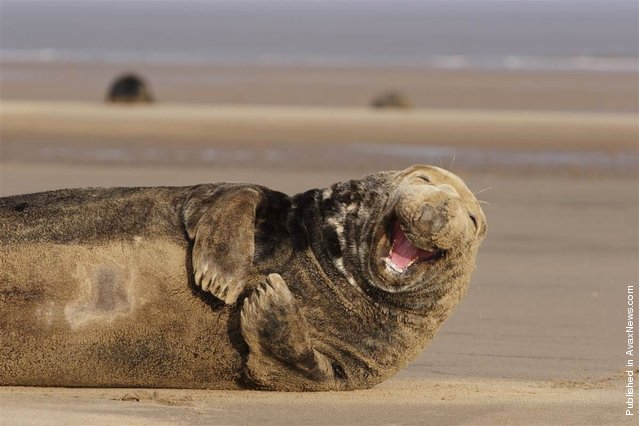