Oh là là Girls and Guns
(L-R) Michelle Janetis, Mia Lawrence and Taren Cassidy film a scene on the set of Girls and Guns, a web-based reality show featuring women shooting weapons June 23, 2007 in Homestead, Florida. The show is one of several featured on www.toughsportslive.com, an internet site that producing web-casts that feature cock fights from Puerto Rico, mixed martial arts matches from Brazil, and bull-fighting from Colombia. The Girls and Guns contestants compete for a $5000 prize, after being given three weeks of firearms training. They are judged on accuracy, s*x appeal, form, and how they talk on camera. (Photo by Joe Raedle/Getty Images) 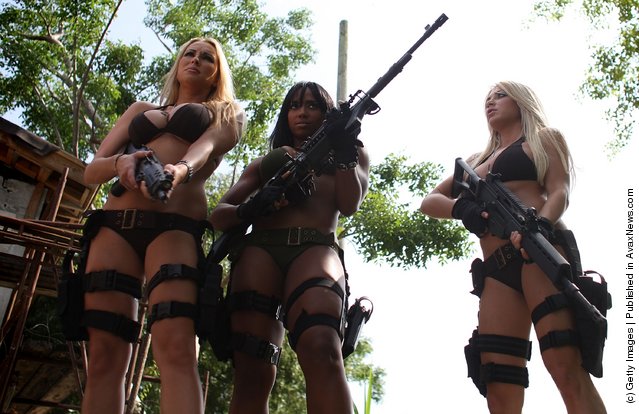 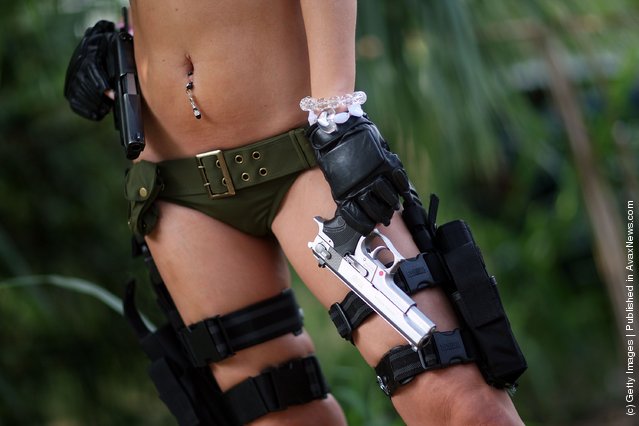 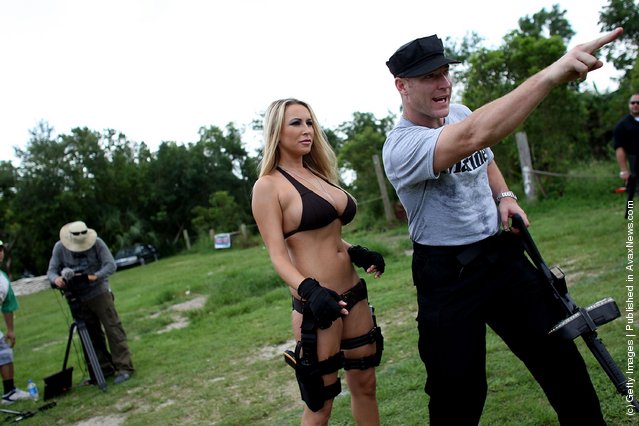 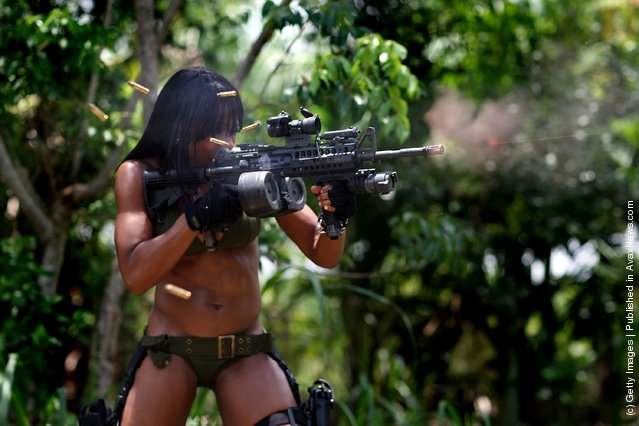 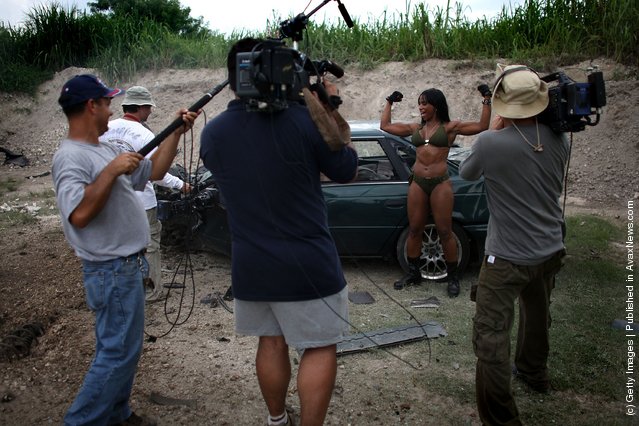 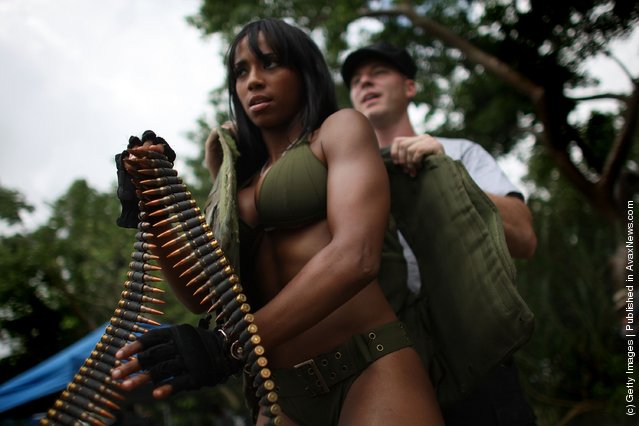 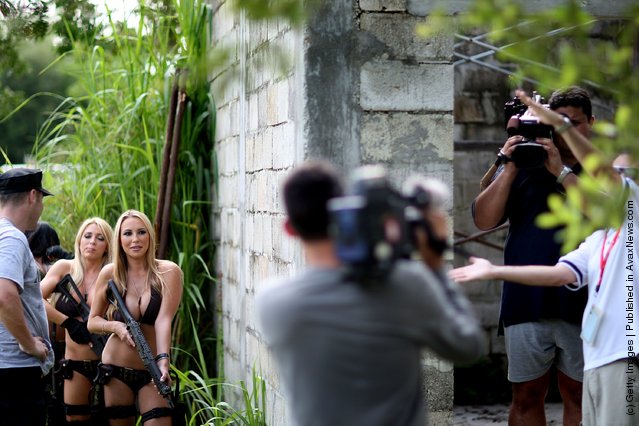 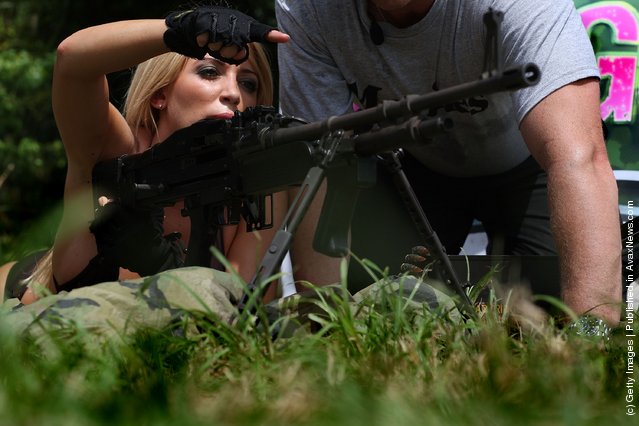 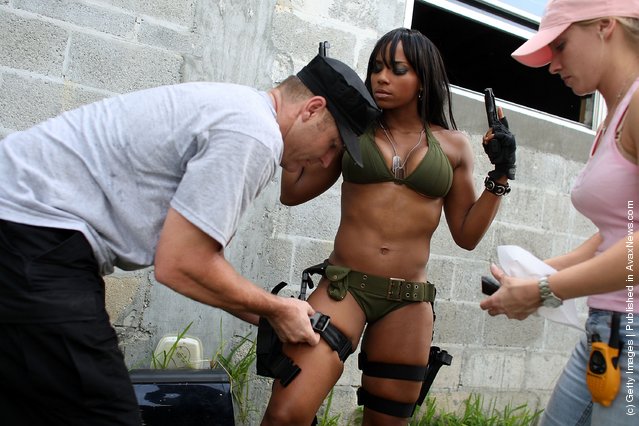 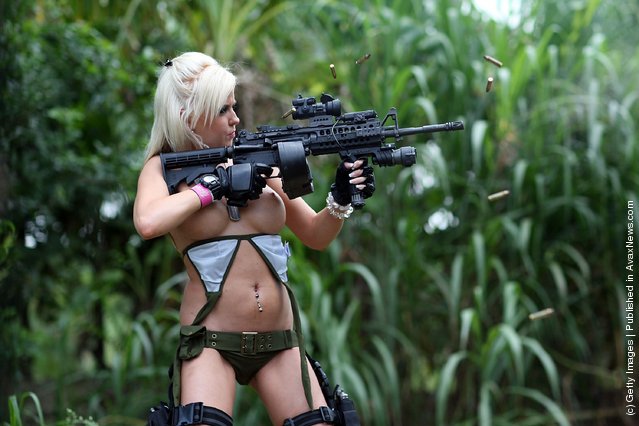 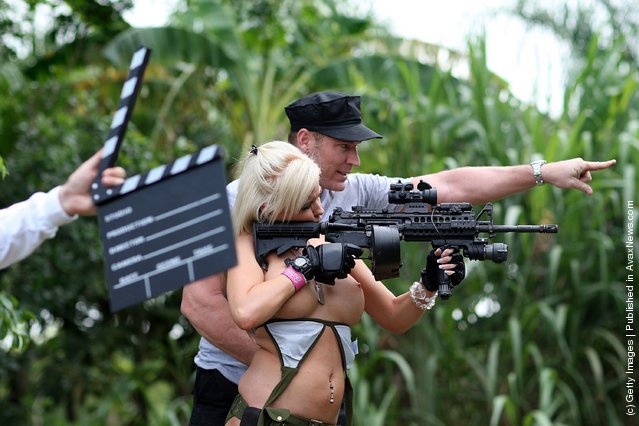