Oh là là Utamaro Festival in Kawasaki
“The Kanamara Matsuri (かなまら祭り “Festival of the Steel Phallus”) is an annual Shinto fertility festival held in Kawasaki, Japan in spring held in Kanayama shrine (金山神社). The exact dates vary: the main festivities fall on the first Sunday in April. The pen*s forms the central theme of the event that is reflected everywhere — in illustrations, candy, carved vegetables, decorations, and a mikoshi parade.

The Kanamara Matsuri is centered around a local pen*s-venerating shrine once popular among prostitutes who wished to pray for protection against sexually transmitted diseases. It is said that there are divine protections also in business prosperity and the clan's prosperity, easy delivery, marriage, and married couple harmony. There is also a legend of a sharp-toothed demon that hid inside the v*gina of a young girl and castrated two young men on their wedding nights (v*gina dentata). As a result, the young girl sought help with a blacksmith, who fashioned an iron phallus to break the demon's teeth, leading to the enshrinement of the item”. – Wikipedia

Photos: Tourists pose with a large wooden phallus as part of the annual Utamaro Festival April 3, 2005 in Kawasaki, Japan. The Utamaro Festival is traditionally held when the cherry blossoms bloom in Kawasaki since the Edo era, 1630 to 1867, when people can seek to be blessed with children and for a good relationship between husband and wife. (Photo by Koichi Kamoshida/Getty Images) 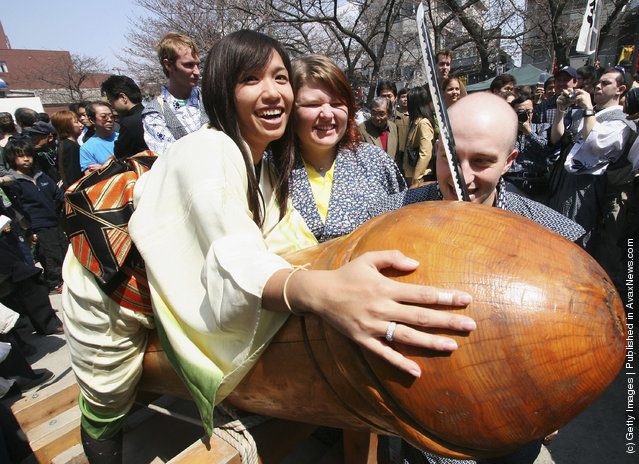 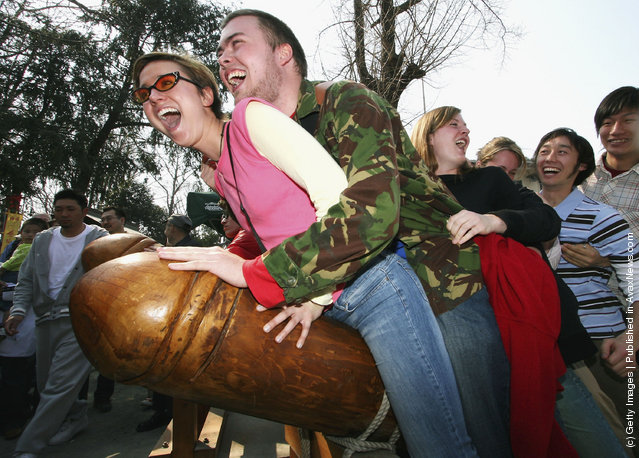 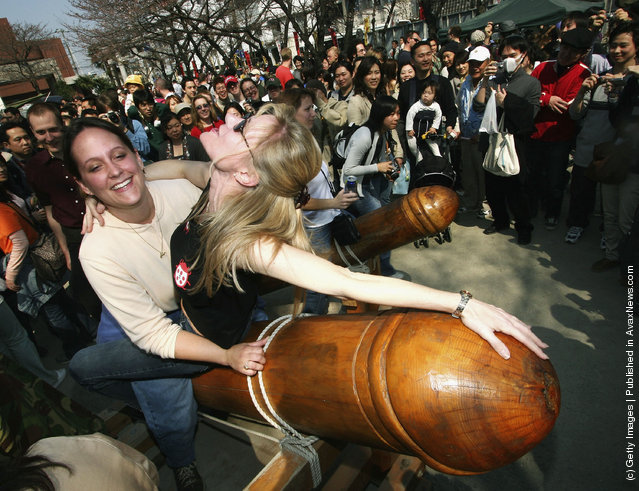 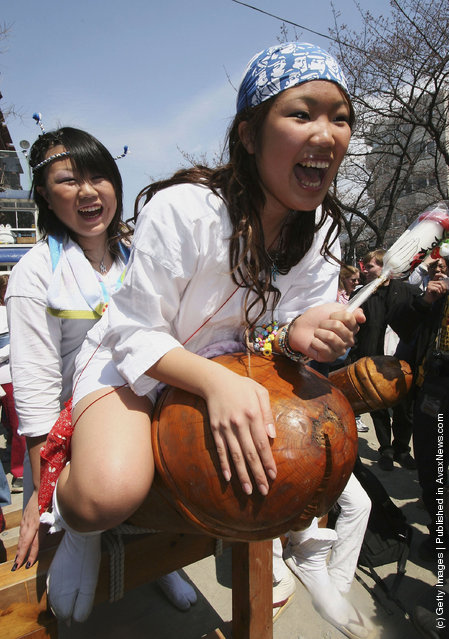 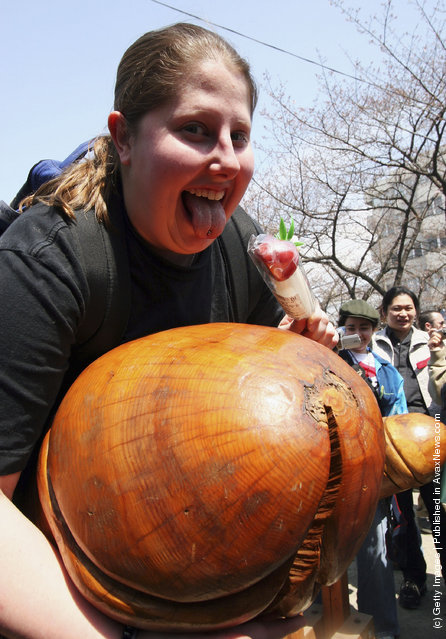 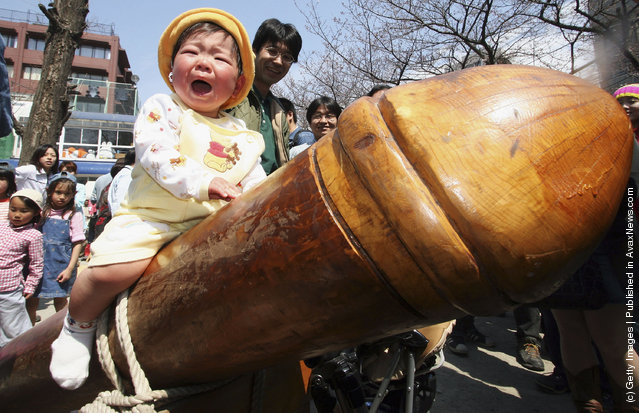 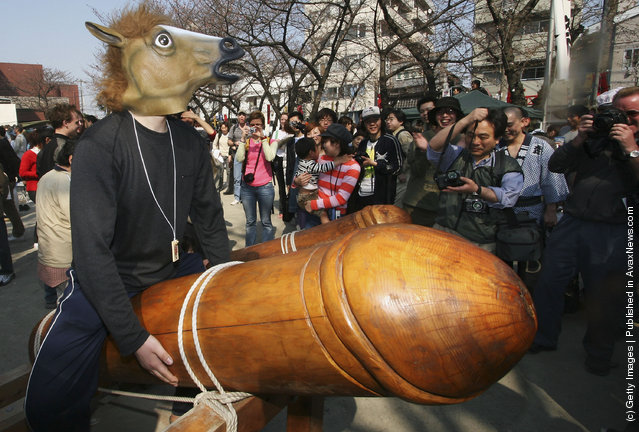 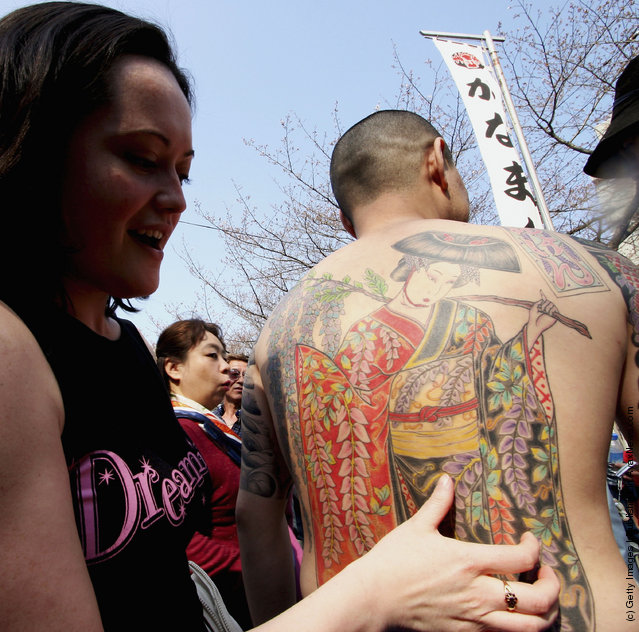 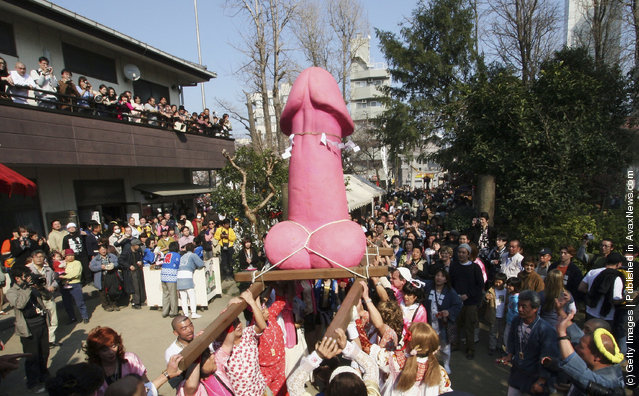 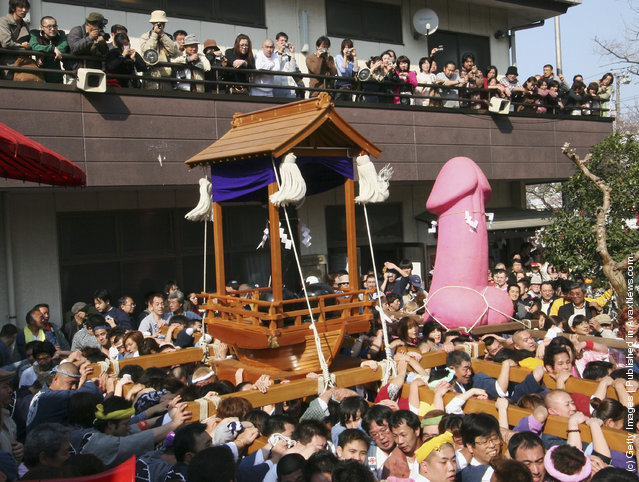 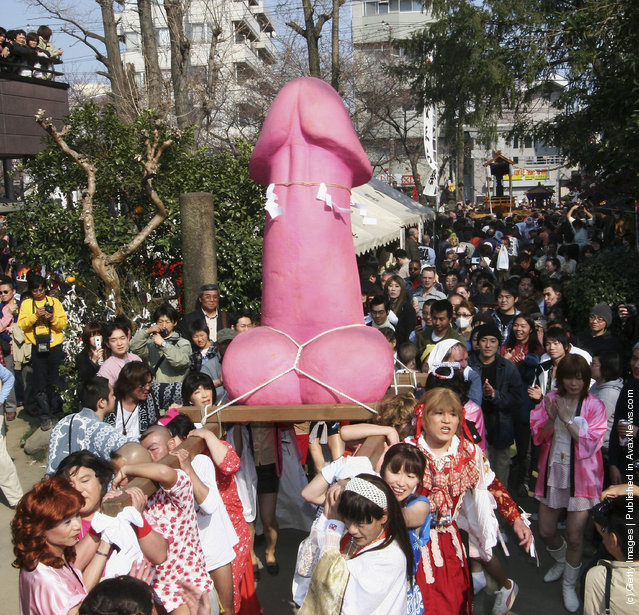