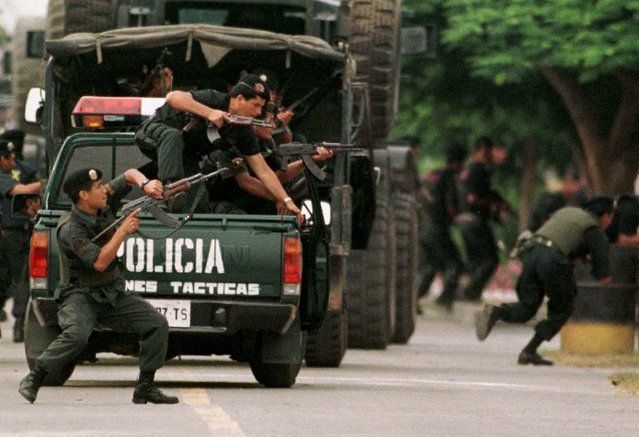 Photographer and editor with Reuters for 22 years, Andrew Winning has died of brain cancer at the age of 49. Here: Elite special police run for cover after gunfire was heard from inside the Japanese ambassador's residence in Lima, Peru, January 27, 1997. At the moment the shots were fired, police were parading past the residence in a show of force, and helicopters were flying above. Earlier, several armored personnel carriers rolled past the compound. Tupac Amaru rebels had seized the diplomatic compound December 17 and held 72 hostages. (Photo by Andrew Winning/Reuters)
Details
08 Aug 2020 00:03:00,post received 0 comments
Wow Under Water Photographers by Andrew Shpatak 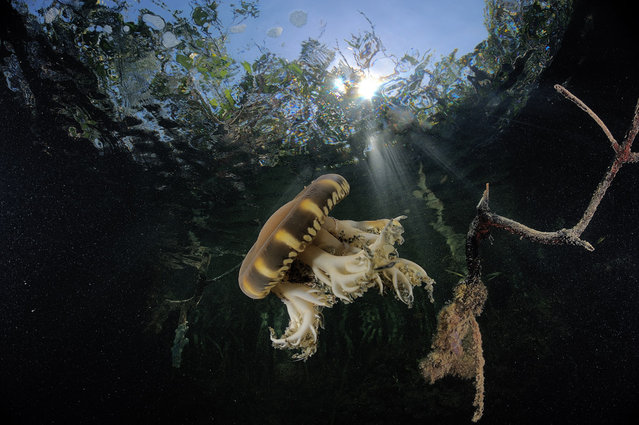 I'm born in Russia in a village on the coast of the Sea of ​​Japan. The sea itself that always catches the attention of divers and underwater photographers from all over the Soviet Union.

I started with underwater photography recently, in 1998, with a simple underwater "boom box" "Canon" and "Epic".
Then a "Nikonos-5", complete with wide-angle and close-up.
The first trip to the Red Sea, with colorful fish .. The first attempts to make the macro and the knowledge that this equipment was not good. 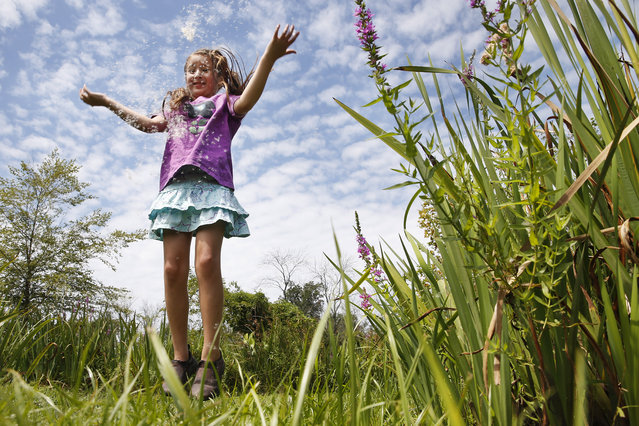 Yalena Leuliette, 7, of Greenbelt, Md., throws seeds from a cattail plant up in the air as she plays while visiting the Kenilworth Aquatic Gardens in northeast Washington, on Sunday, August 9, 2015. Leuliette visits the public garden with her parents a few times a year. (Photo by Jacquelyn Martin/AP Photo)
Details
06 Sep 2015 13:07:00,post received 0 comments
Touching Pulitzer Prize-Winning AP Photographer Robert Bukaty 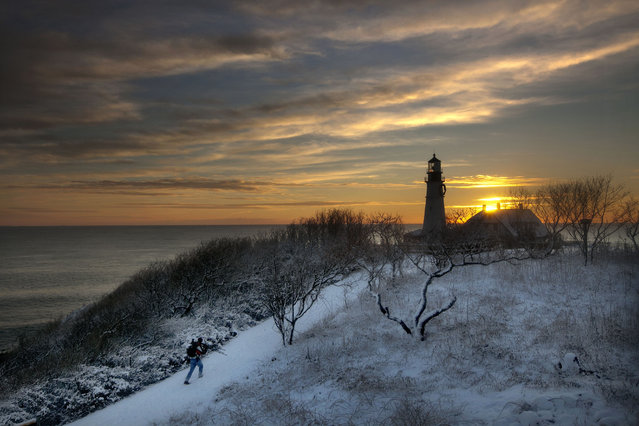 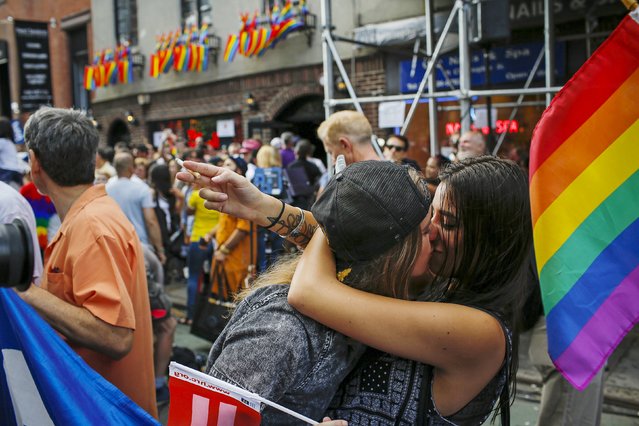 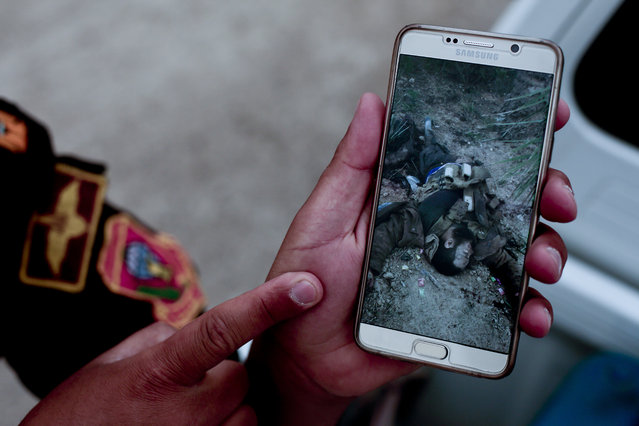 In this March 20, 2016 photo, Maj. Mohammed Hussein, an officer with Iraq's elite counterterrorism forces, shows a photo of a slain Islamic State group militant still wearing in a suicide vest, taken during fighting that freed the city of Ramadi from IS control earlier this year. As they fled, the militants destroyed some buildings and booby-trapped others with explosives, leaving behind an empty prize for government forces retaking the city. (Photo by Maya Alleruzzo/AP Photo)
Details
05 May 2016 12:57:00,post received 0 comments
Wow Drawing by Andrew Ferez 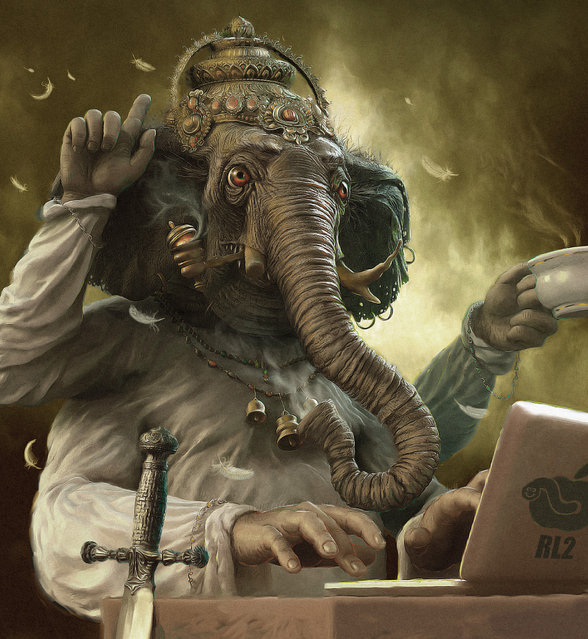 Andrew Ferez, born and raised in Russia is an artist who inherited his creativity and interest in the arts early on and trained his artistic skills and knowledge ever since, in a never-ending process.
Andrew’s genre is a mix between macabre and horror with a poetic hint. His illustrations transports us into the deepest recesses of our mind, showing us impossible worlds that are both scary yet surprisingly familiar or enticing. Most of his artworks are two dimensional but in some of his latest artworks he used the help of some 3D software as well.
Details
28 May 2014 18:26:00,post received 0 comments
Funny The Legographer by Andrew Whyte 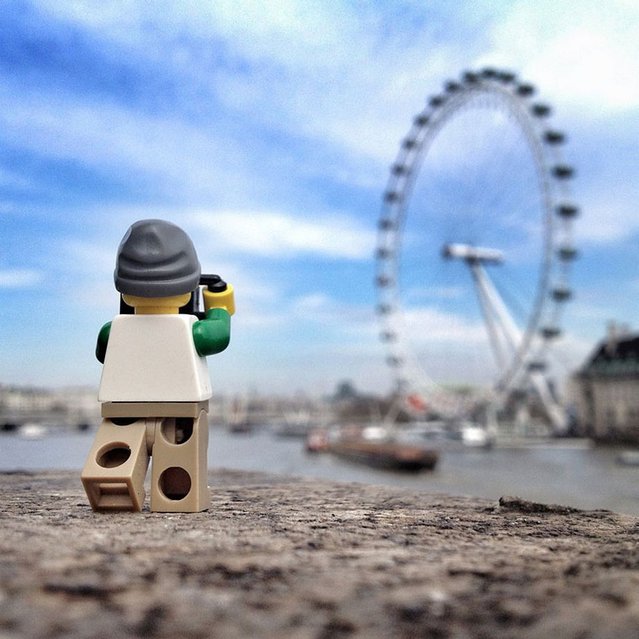