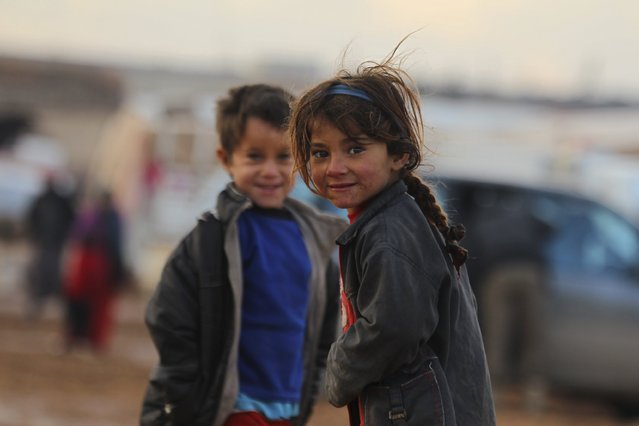 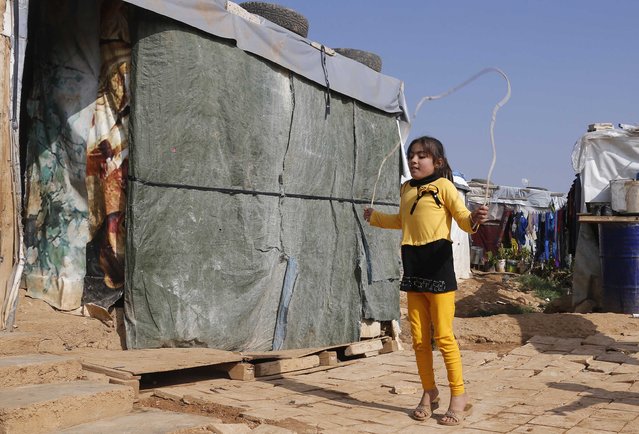 A Syrian refugee girl plays outside a tent at a refugee camp in Zahle in the Bekaa valley November 18, 2014. In October, Lebanon, which has the highest per capita concentration of refugees in the world at one in four residents, said it could not cope with more than one million Syrians and has asked for funds to help look after them. (Photo by Mohamed Azakir/Reuters)
Details
19 Nov 2014 14:22:00,post received 0 comments
Fact Syrian Refugees 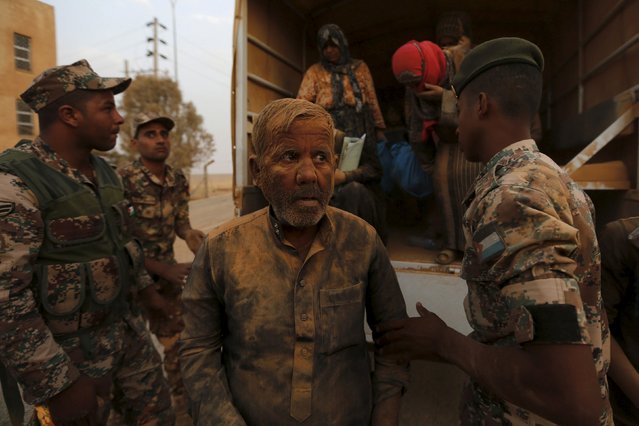 Syrian refugees covered with dust arrive at the Trabeel border, after crossing into Jordanian territory with their families, near the northeastern Jordanian border with Syria, and Iraq, near the town of Ruwaished, east of Amman September 10, 2015. (Photo by Muhammad Hamed/Reuters)
Details
11 Sep 2015 12:16:00,post received 0 comments
Fact Syrian Refugee in Rio de Janeiro 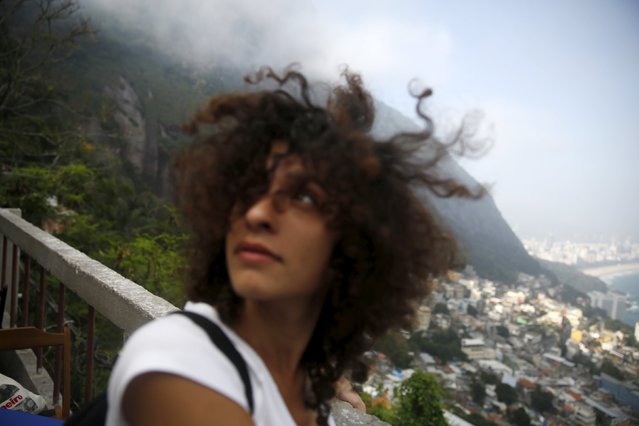 Syrian Tulin Hashemi waits for a job interview at a hotel in Vidigal slum in Rio de Janeiro, Brazil, September 22, 2015. Tulin, whose mother arrived two days ago, has been living in Brazil for two months. As she does not speak Portuguese, Tulin says it is difficult for her to find a job and therefore she is staying at the slum as it is one of the cheaper neighbourhoods to live in. According to the National Committee for Refugees (CONARE), 2,077 people fleeing the Syrian civil war have settled in Brazil, whilst a quarter of the 8,400 refugees in the Latin American country come from Syria. (Photo by Pilar Olivares/Reuters)
Details
25 Sep 2015 08:05:00,post received 0 comments
Fact Syrian Refugees in Lebanon 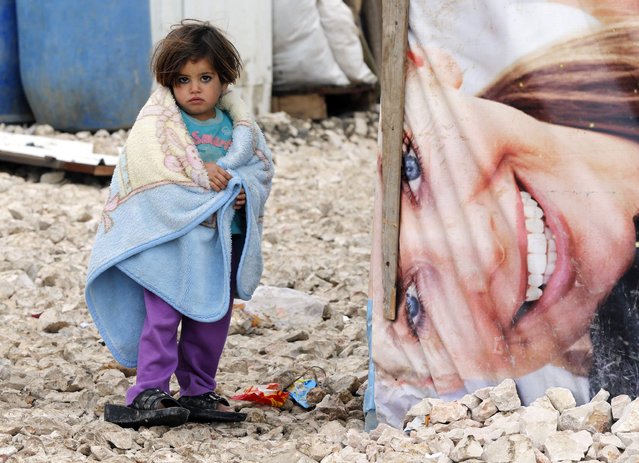 A Syrian refugee girl covers herself with a blanket as she stands outside tents at a makeshift settlement in Bar Elias in the Bekaa valley January 5, 2015. Lebanon enforced new immigration controls at the Syrian border on Monday in a move to gain control of the steady stream of refugees from its much larger neighbour. (Photo by Mohamed Azakir/Reuters)
Details
06 Jan 2015 11:56:00,post received 0 comments
Fact Welcome to Greece 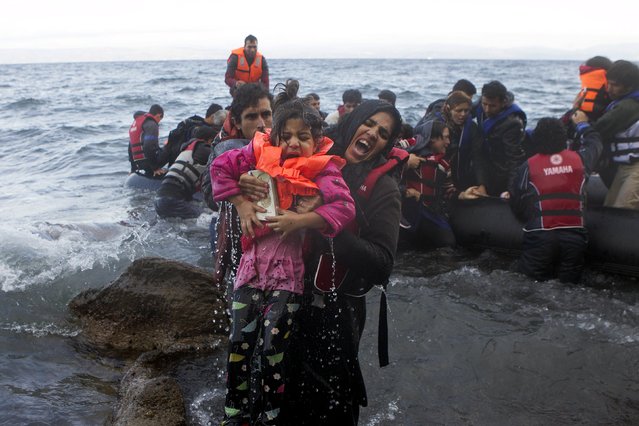 A migrant woman pulls a girl out of the water as refugees and migrants arrive on an overcrowded dinghy in rough sea on the Greek island of Lesbos, after crossing a part of the Aegean Sea from the Turkish coast, October 2, 2015. A record number of at least 430,000 refugees and migrants have taken rickety boats across the Mediterranean to Europe this year, 309,000 via Greece, according to International Organization for Migration figures. (Photo by Dimitris Michalakis/Reuters)
Details
05 Oct 2015 08:05:00,post received 0 comments
Fact Syrian Winter 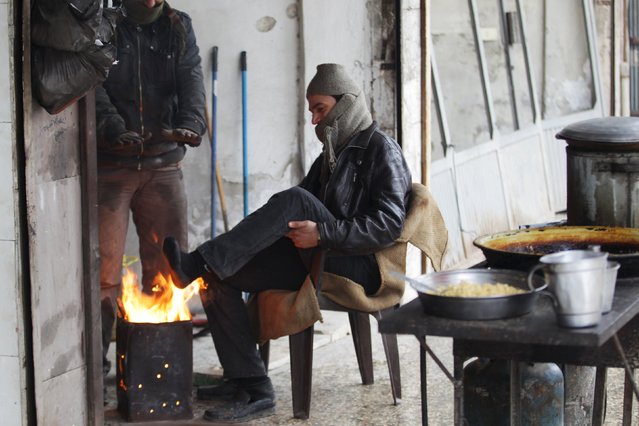 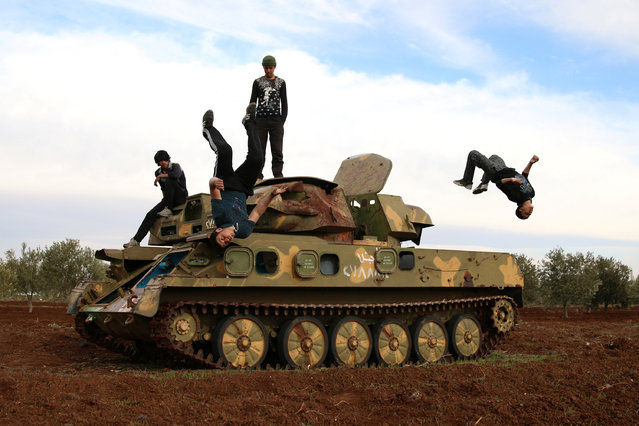