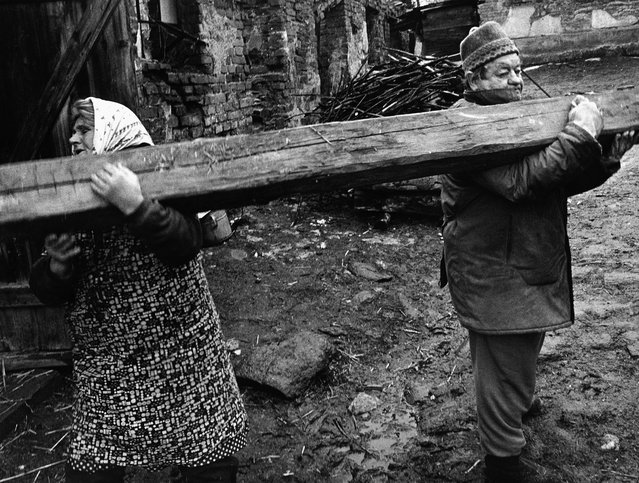 A love story with two log choppers. “In 1993, I was working on a project about life in the Olomouc region of Czechoslovakia. One day, I came to the village of Dlouhá Loučka-Křivá and went into a courtyard where I saw two old people, a husband and wife, sawing firewood for winter. They were working quietly, concentrating. I watched them fetch a beam from a wrecked barn, but they didn’t discuss how they planned to carry it to the saw. The woman faced one way, the man the other. When they realised, the woman eventually turned and followed her husband. The picture I took is the picture of many relationships – when each partner wants something different, but they have to come to an agreement, pull together eventually”. (Photo by Jindrich Streit)
Details
04 Aug 2016 12:34:00,post received 0 comments
Popular tags:
All tags
Last searches: