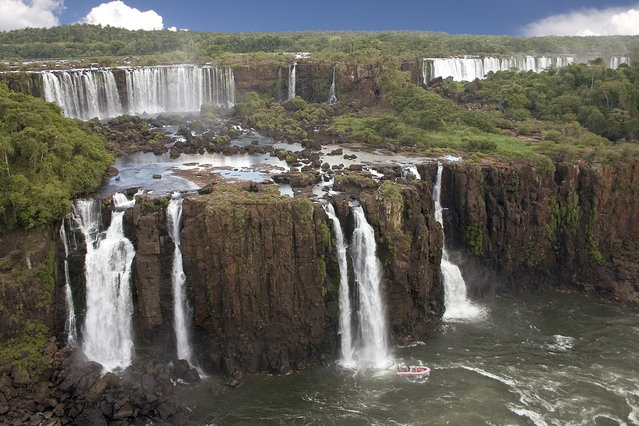 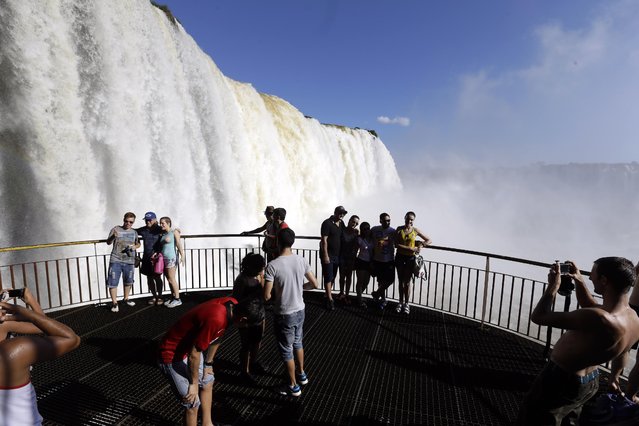 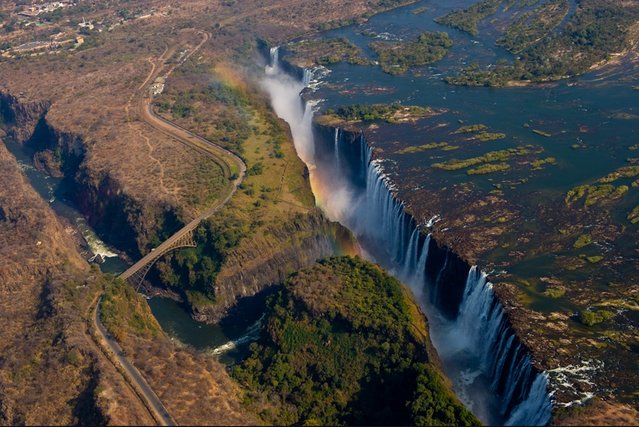 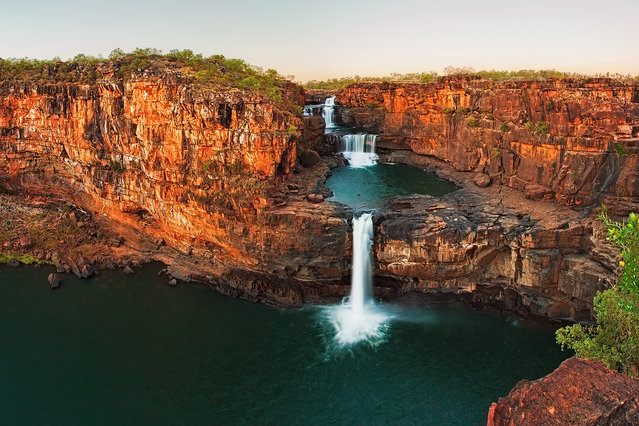 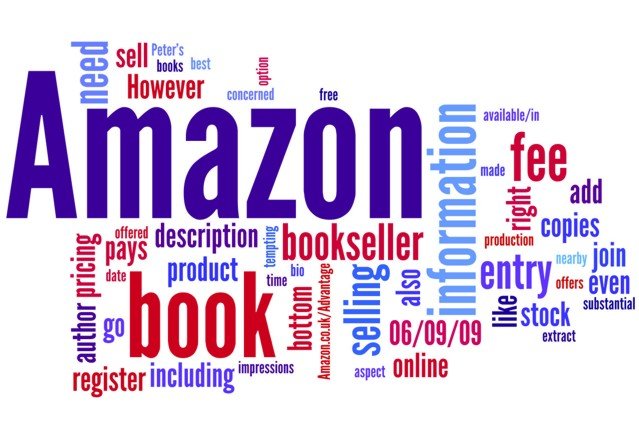 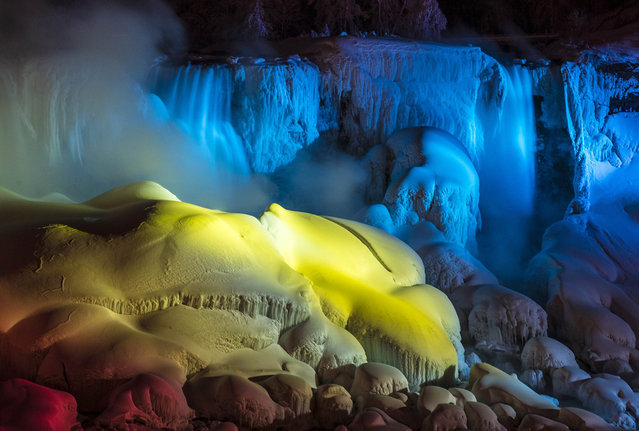 A partially frozen Niagara Falls is seen on the American side lit by lights during sub freezing temperatures in Niagara Falls, Ontario March 3, 2014. (Photo by Mark Blinch/Reuters)
Details
09 Mar 2014 04:29:00,post received 0 comments
Fact The 40th Anniversary of the Fall of Saigon 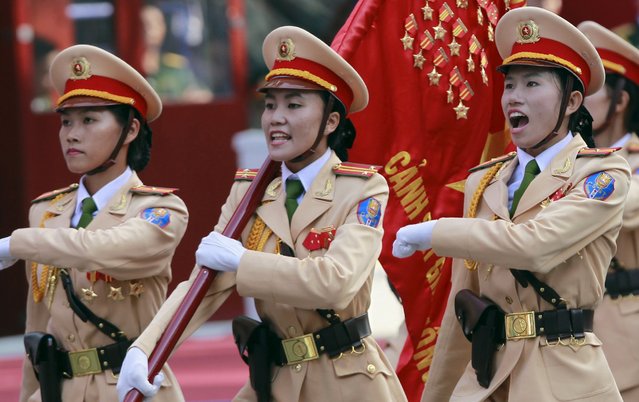 Vietnamese female traffic police officers march during a rehearsal for a military parade as part of the 40th anniversary of the fall of Saigon in southern Ho Chi Minh City (formerly Saigon City), Vietnam, on April 26, 2015. Vietnam marks the 40th anniversary of the fall of Saigon on April 30, the event that ended a war that lasted over 30 years, killing up to four million Vietnamese, the Vietnamese government said, and more than 58,000 U.S troops, the U.S. Department of Defense has said. (Photo by Reuters/Kham)
Details
27 Apr 2015 10:11:00,post received 0 comments
Educative Remembering the Fall of Saigon 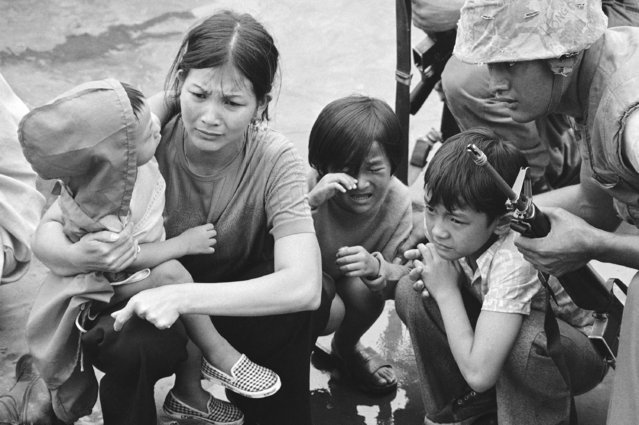 A weeping South Vietnamese mother and her three children are shown on the deck of this amphibious command ship being plucked out of Saigon by U.S. Marine helicopters in Vietnam, April 29, 1975. (Photo by AP Photo)
Details
01 May 2015 13:13:00,post received 0 comments
Popular tags:
All tags
Last searches: