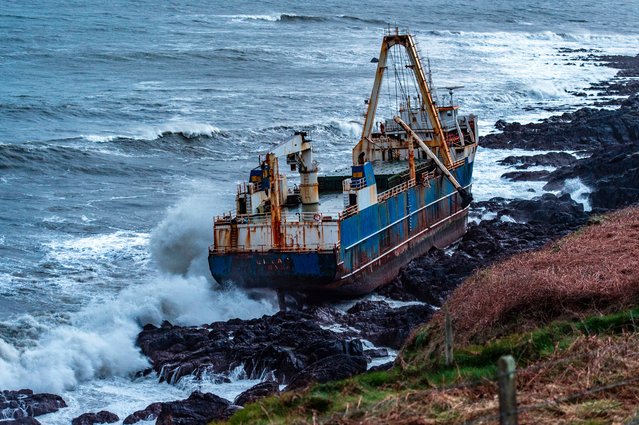 Undated image released Monday February 17, 2020, by Irish Coast Guard showing the abandoned cargo ship MV Alta, that has washed up on the coast of County Cork, near Ballycotton, southern Ireland. The MV Alta is believed to have had 10 crew members aboard who were rescued by the US Coast Guard. Since September 2018, the ship has been drifting with no crew aboard, and it was last seen off the coast of West Africa before being washed up in southern Ireland during Storm Dennis. (Photo by Irish Coast Guard via AP Photo)
Details
05 Aug 2020 00:05:00,post received 0 comments
Fact Some Photos: Bad Luck 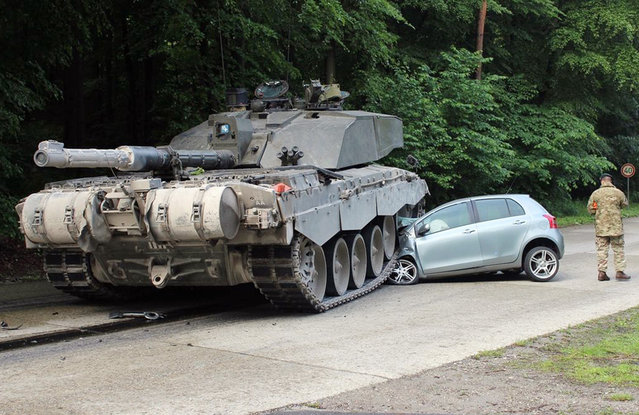 A handout photo provided by the Police department in Lippe on 01 June 2015 of a British “Challenger 2” tank after it rolled over a car's front in Lippe, Germany, 01 June 2015. Police reported that a 18-year old female driving beginner from Detmold apparently overlooked a convoy of tanks when she turned left onto the Panzeringstrasse (lit. Tank Ring Road). (Photo by EPA/Polizei Lippe)
Details
06 Mar 2020 00:03:00,post received 0 comments
Publication archive:
←   →
Popular tags:
All tags
Last searches: