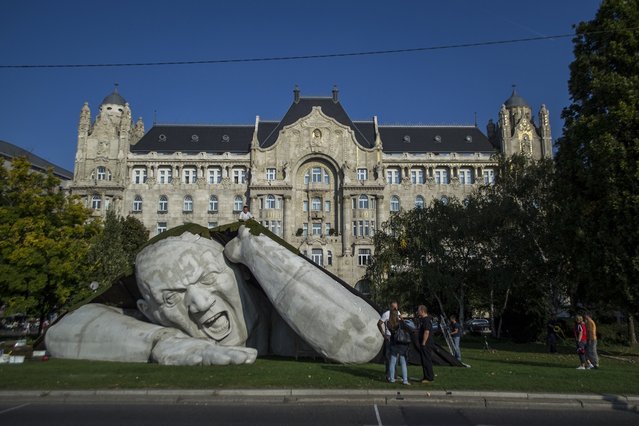 There are not many sculptures in the world that were purposely made to be grotesque, especially on such a large scale. Thus, a Hungarian artist Ervin Loránth Hervé has apparently decided that there isn’t enough horror in this world and created the Feltépve – a sculpture of a stone giant ripping apart the earth in order to break free. However, when we look from another perspective this sculpture might depict a grouchy giant trying to cover himself with a blanket of earth so that everyone would leave him alone. The latter interpretation of this sculpture was probably not intended by the sculptor; however, the way the arms of the giant are positioned makes it look as if it was truly the case.
Details
04 Nov 2014 11:49:00,post received 0 comments
Publication archive:
←   →
Popular tags:
All tags
Last searches: