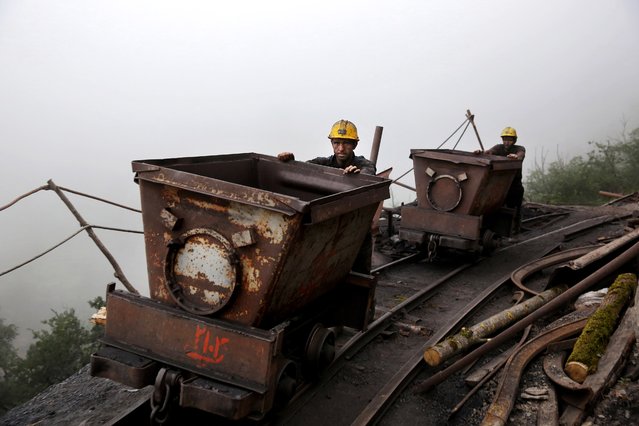 In this Thursday, May 8, 2014 photo, Iranian coal miners push metal carts to be loaded with coal at a mine near the city of Zirab 212 kilometers (132 miles) northeast of the capital Tehran, on a mountain in Mazandaran province, Iran. International sanctions linked to the decade-long dispute over Iran's nuclear program have hindered the import of heavy machinery and modern technology in all sectors, and coal mining is no exception. (Photo by Ebrahim Noroozi/AP Photo)
Details
28 Sep 2014 11:26:00,post received 0 comments
Fact A Day in the Life of a Pakistani Coal Miner 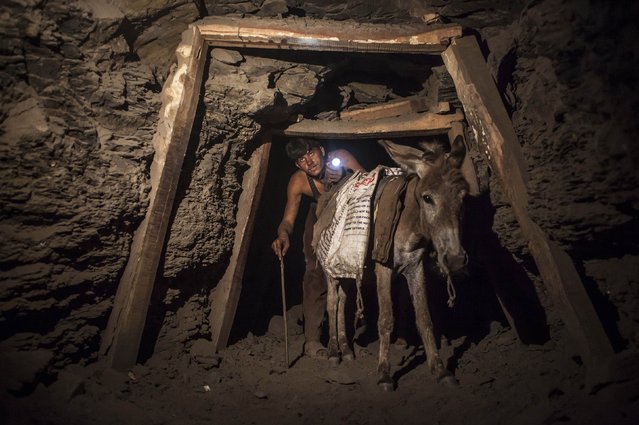 A miner with a donkey makes his way through the low and narrow tunnel leading out of a coal mine in Choa Saidan Shah in Punjab province, April 29, 2014. Workers at this mine in Choa Saidan Shah dig coal with pick axes, break it up and load it onto donkeys to be transported to the surface. Employed by private contractors, a team of four workers can dig about a ton of coal a day, for which they earn around $10 to be split between them. The coalmine is in the heart of Punjab, Pakistan's most populous and richest province, but the labourers mostly come from the poorer neighbouring region of Khyber Pakhtunkhwa. (Photo by Sara Farid/Reuters)
Details
03 Aug 2014 07:35:00,post received 0 comments
Sad Coal Donkeys: Pakistan's Hard-working Beasts 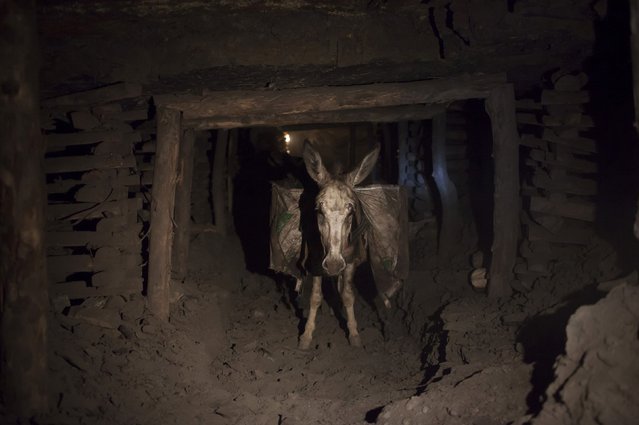 A donkey carrying sacks of coal walks through the narrow tunnels of a coal mine, in Choa Saidan Shah in Punjab province April 29, 2014. Coal miners in Chao Saidan Shah use donkeys to transport coal from the depths of the mines to the surface. (Photo by Sara Farid/Reuters)
Details
11 May 2014 12:03:00,post received 0 comments
Disgusting Coal Mining in India's Jharia 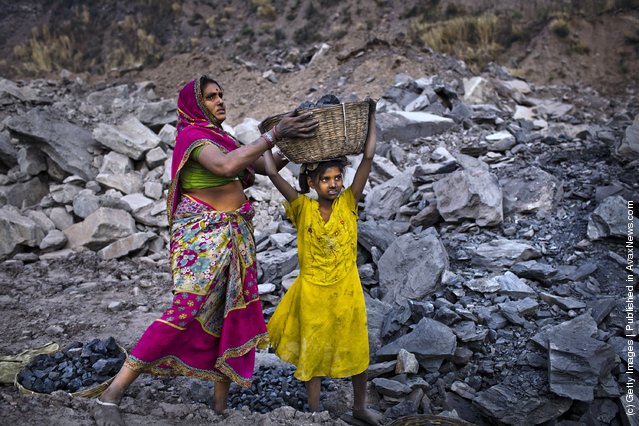 7 year old Soni has a basket of coal lifted onto her head by her mother, 28 year old Savita, after having scavenged coal illegally from an open-cast coal mine in the village of Bokapahari on February 08, 2012 near to Jharia, India. (Photo by Daniel Berehulak /Getty Images)
Details
15 Feb 2012 11:06:00,post received 0 comments
Sad Promise Of Coal Riches Lures Workers To India's Wild East 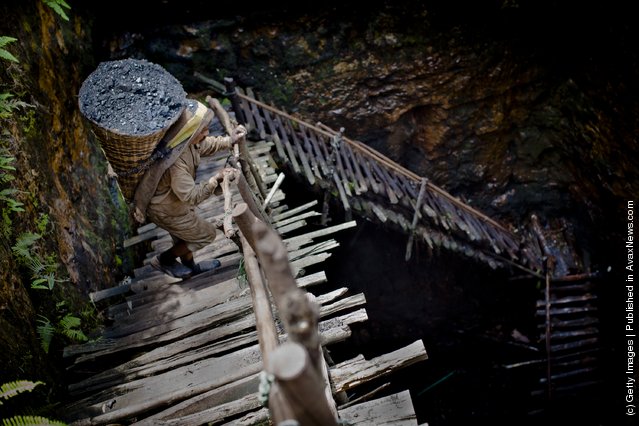 38 year old Prabhat Sinha, from Assam, carries a load of coal weighing 60kg's, supported by a head-strap, as he ascends the staircase of a coal mine on April 16, 2011 near the village of Khliehriat, in the district of Jaintia Hills, India. (Photo by Daniel Berehulak/Getty Images)
Details
15 May 2011 07:45:00,post received 0 comments
Publication archive:
←   →
Popular tags:
All tags
Last searches: