Touching Lombard Street: The Crookedest Street In The World 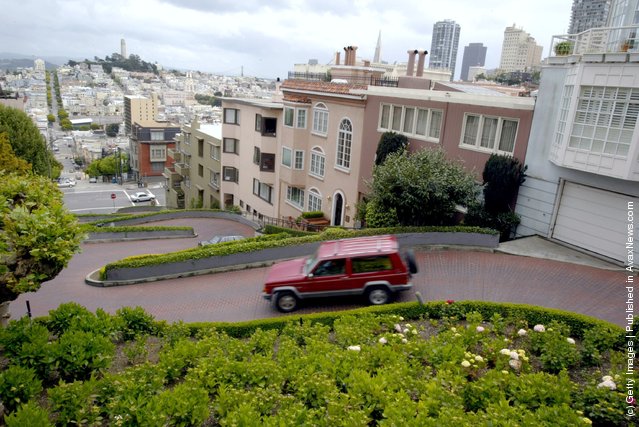 “Lombard Street is an east-west street in San Francisco, California. Lombard Street is best known for the one-way section on Russian Hill between Hyde and Leavenworth Streets, in which the roadway has eight sharp turns (or switchbacks) that have earned the street the distinction of being the crookedest street in the world”. – Wikipedia