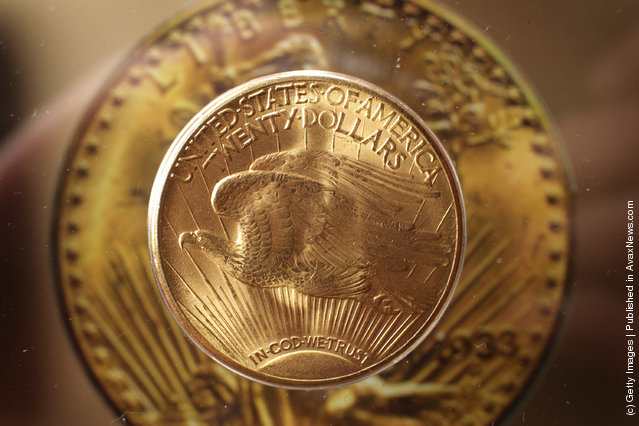 Photo: A “Double Eagle” gold twenty dollar coin is displayed above a catalogue picture showing the reverse side of the coin at Goldsmith's Hall on March 2, 2012 in London, England. Nearly half a million of these coins were originally minted in the midst of the Great Depression in the US. Only 13 are known today after the rest were melted down before they ever left the US Mint, sacrificed as part of a strategy to stabalise the American economy. In 2002 a Double Eagle sold at auction for $7.6 million. (Photo by Peter Macdiarmid/Getty Images)
Details
03 Mar 2012 10:37:00,post received 0 comments
Publication archive:
←   →
Popular tags:
All tags
Last searches: